James Tynion IV Talks About His Plans for ‘Batman’ 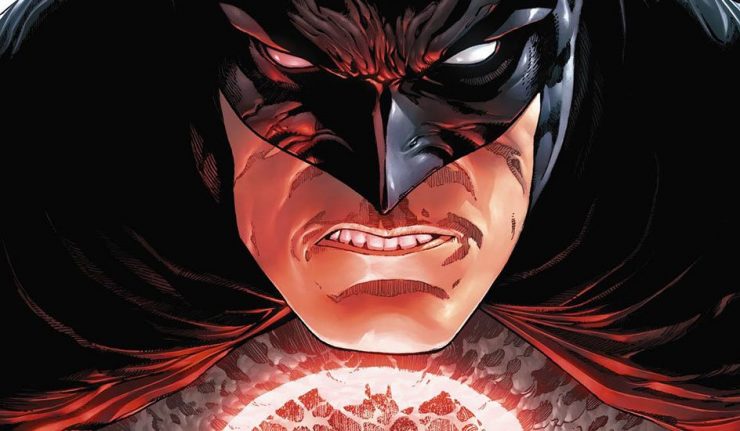 Incoming writer Batman James Tynion IV has revealed what his personal take on Batman’s world and characters will be.

In his personal newsletter The Empire of the Tiny Onion, Tynion describes how “City of Bane” will reverberate throughout his run.

[Batman] has just faced tremendous failure in the last year of story [in “City of Bane”]. He lost his City, and lost his way… But now that he’s back, he has an almost manic intensity. He is going to fix things. He’s going to make it so nobody like Bane can ever do this to the city again.

It sounds like Tynion’s Batman will be more pro-active when fighting crime. It’s not enough for him to react to problems, but to create measures to ensure it does not happen to begin with.

The other big plot point that current Batman writer Tom King imparted is the Catwoman-Batman relationship. Tynion reassures fans that their relationship will continue moving forward. However, it will have consequences on Bruce Wayne’s public persona.

With Selina on his arm, the “Playboy” Bruce is dead. Every waking minute is dedicated to the rebuilding of Gotham City, both as Bruce Wayne and as Batman. He is in control of every room he enters, and people are a little frightened of him. He is one of the richest people in the world, and he has experienced so much loss. But it’s clear he’s trying to make the city better. People admire him, because most people in his shoes would have left Gotham a long time ago.

James Tynion IV has also stated that the romance will be written in a way that ties in with King’s upcoming Batman/Catwoman series.

Batman as the Boogie Man

Tynion also wants to make Batman more of a horror book. Not only will Batman appear more scary, but his villains will too.

The villains of Gotham fear him, and he is going to take that fear and wield it like a weapon to get his city back under control. Batman doesn’t just show up in broad daylight to scare his villains, he uses tricks and shadows, and voice modulation to make it seem like he can be anywhere and everywhere at once.

To the bad guys, Batman is like Michael Myers [from the Halloween movies]. He keeps getting up when it shouldn’t be possible to get up anymore. How can you win against him? You’d have to be crazy to try.

It sounds like Tynion has a lot of cool ideas for Batman. It will be exciting to see how his run turns out.