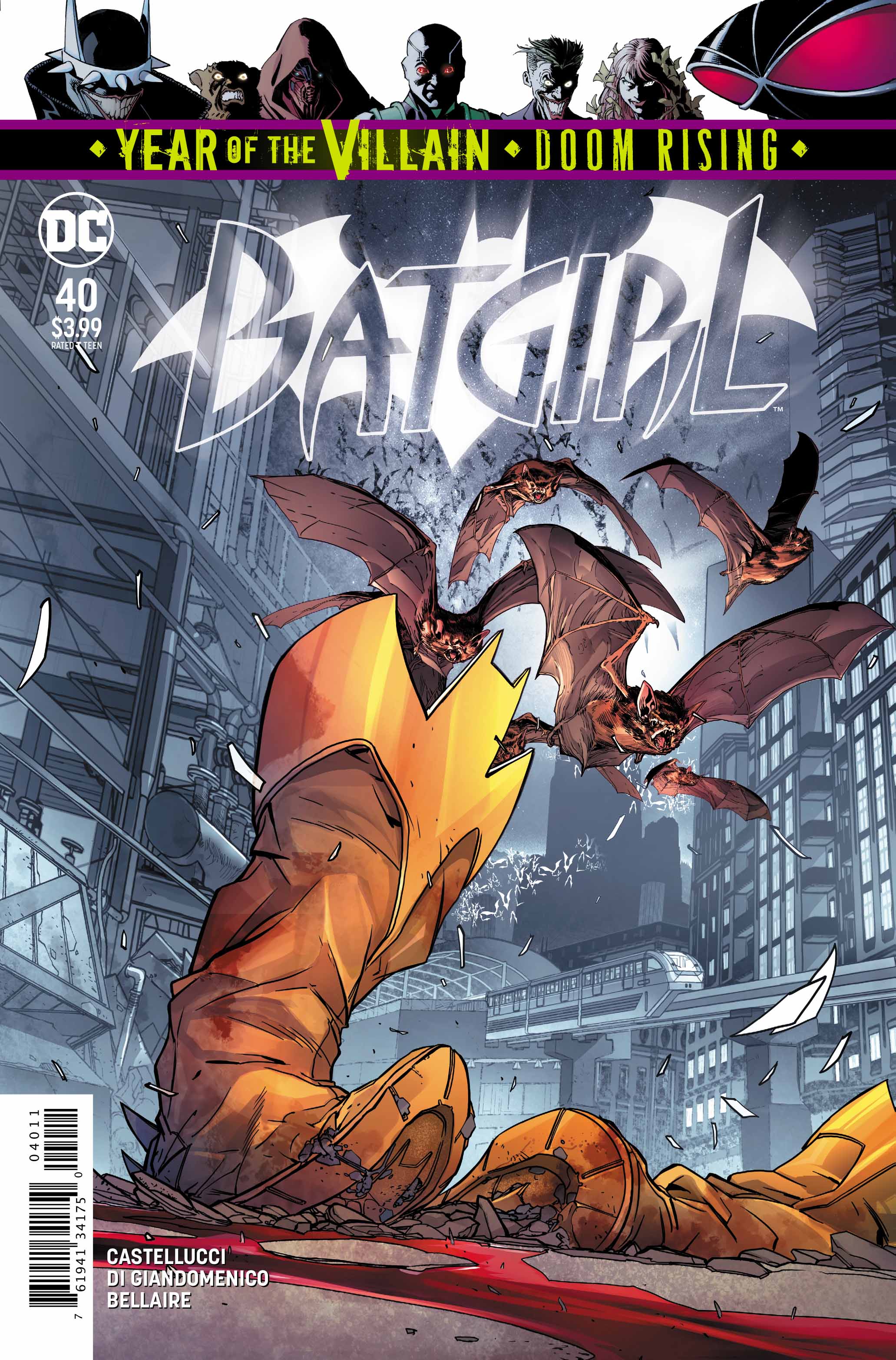 Oh the drama! She really is a Bat. The brooding is at an all time high in Batgirl #40. After the very impressive large scale art-show Oracle put on in the last issue, Batgirl has basically been called out in front of all of Gotham. If there is one thing Babs can’t stand it’s seeing the innocent people of Burnside being hurt. Or, you know, someone outsmarting her. Both Batgirl and Oracle are on the warpath, but will the by-standers be saved or doomed in the latest issue?

“Stop, Drop and Roll” anyone?

With the fire raging in the background of Burnside, Batgirl picks up her cowl and jumps into action. Cecil Castellucci seems to be coming more into her own the longer she writes Batgirl. The more we see from her, the better she becomes. Babs has a very unique voice and it might take a while to get into the groove of writing it. I think we’re starting to see Castellucci really get into a good stride. Batgirl’s character shines through in Batgirl #40, and we get some quality time with our very entertaining supporting characters too. There were a few moments of convenience plot wise, but that kept everything moving along at a nice pace, so I can mostly over look it. Oracle is one of the most interesting characters to watch; Pure AI, yet already we feel for “her” and empathise with what “she” went through. Admittedly she might not be going about it the right way, but I’d wanna meet my maker if I was her. 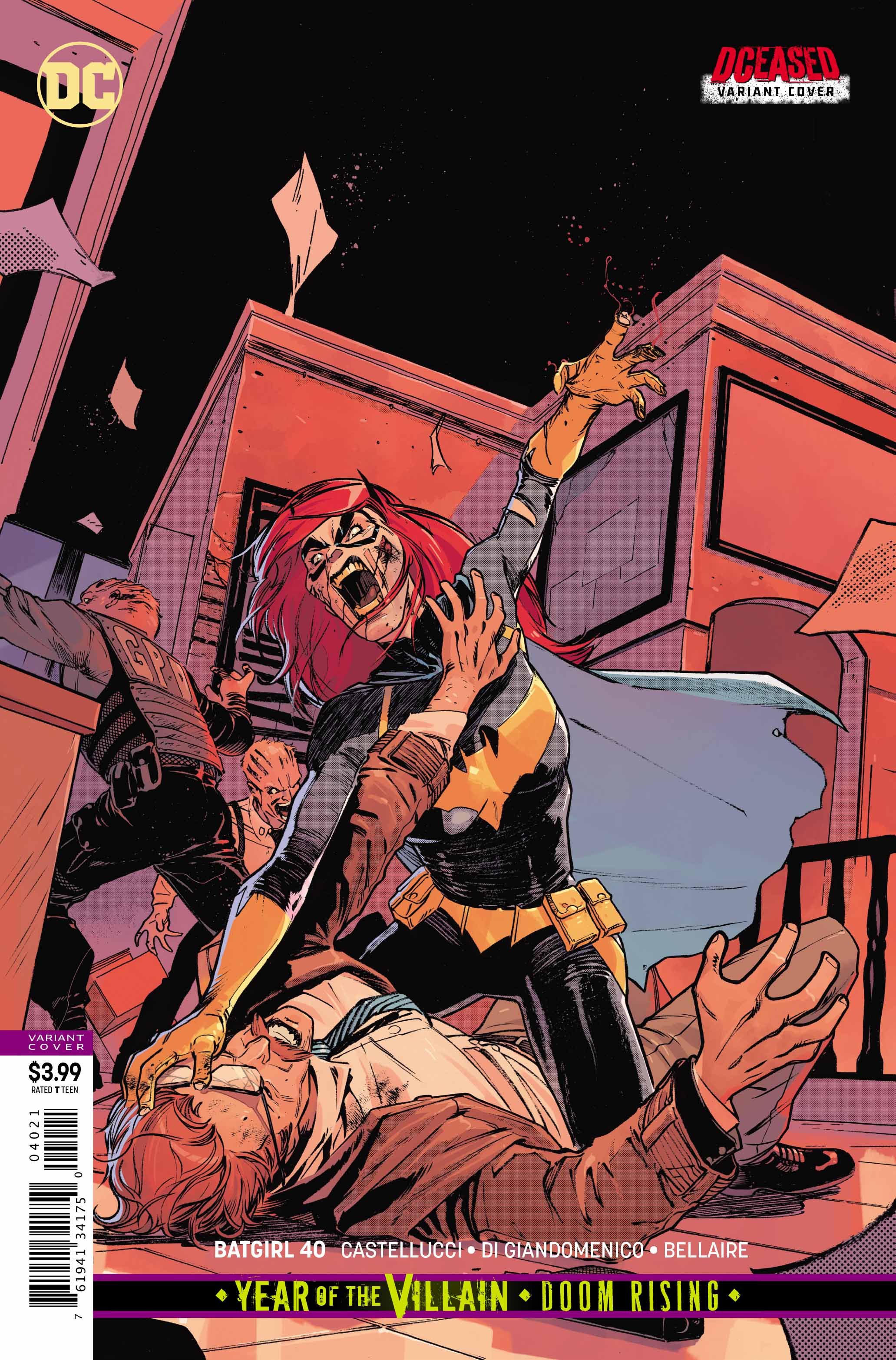 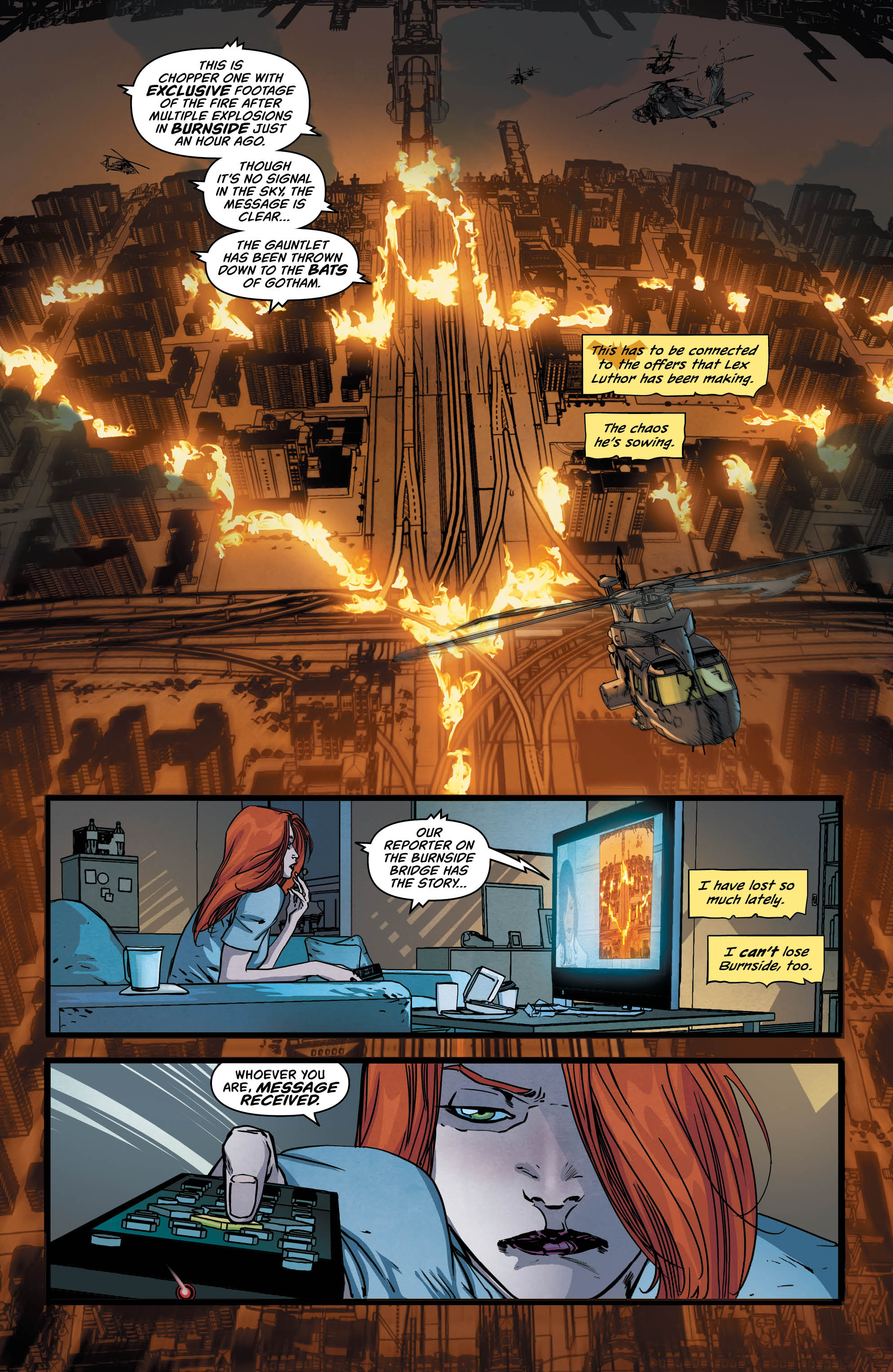 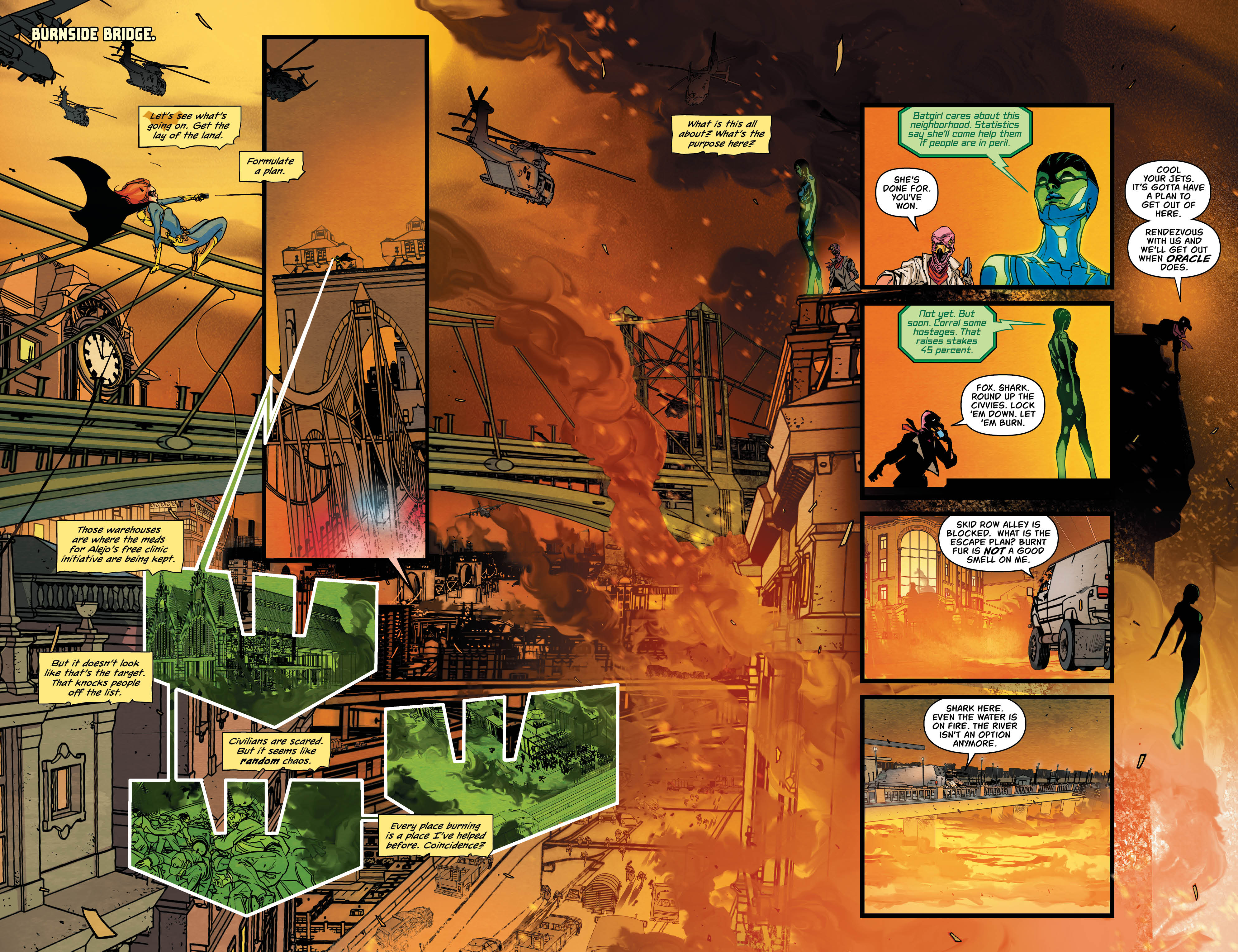 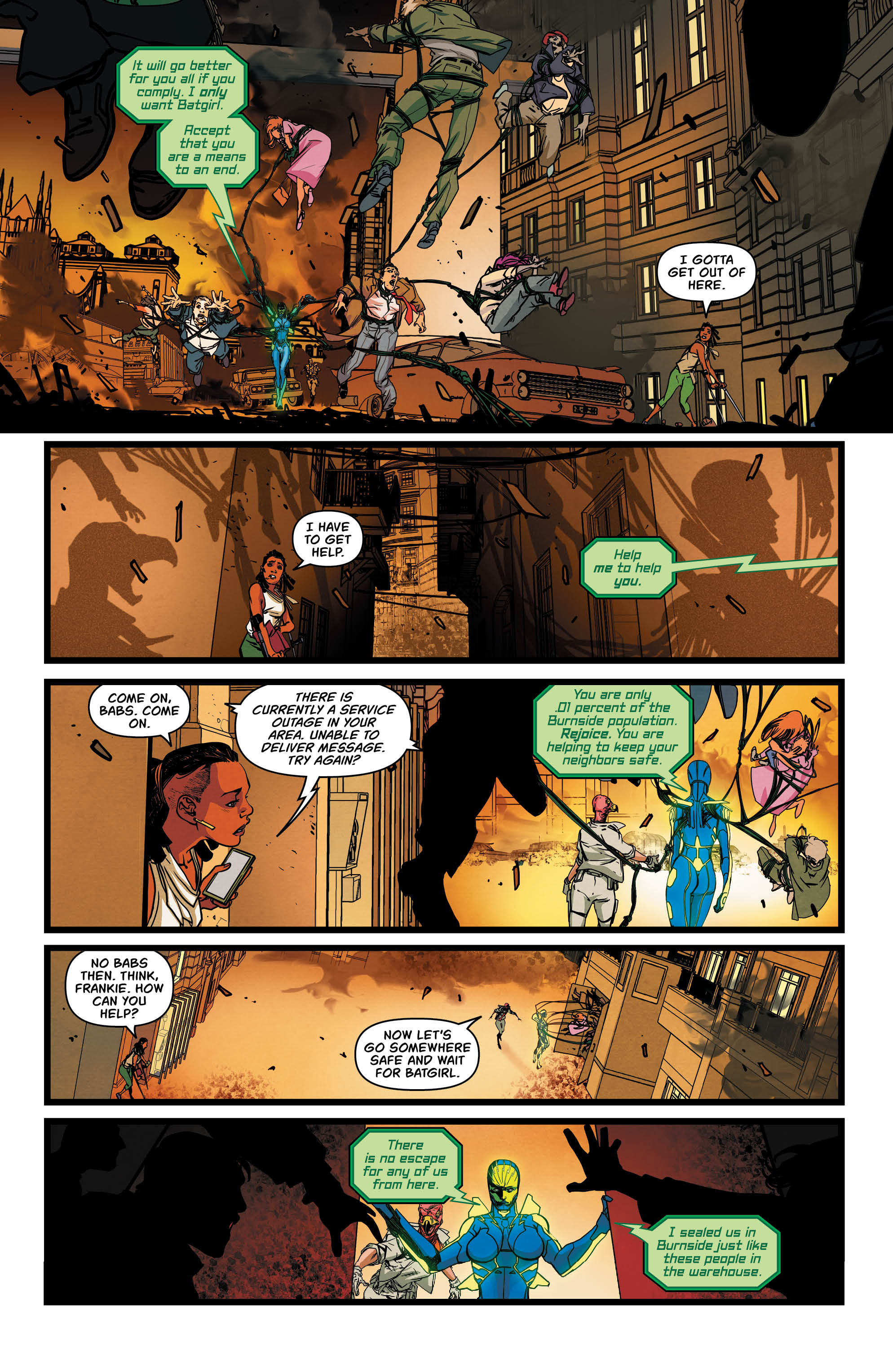 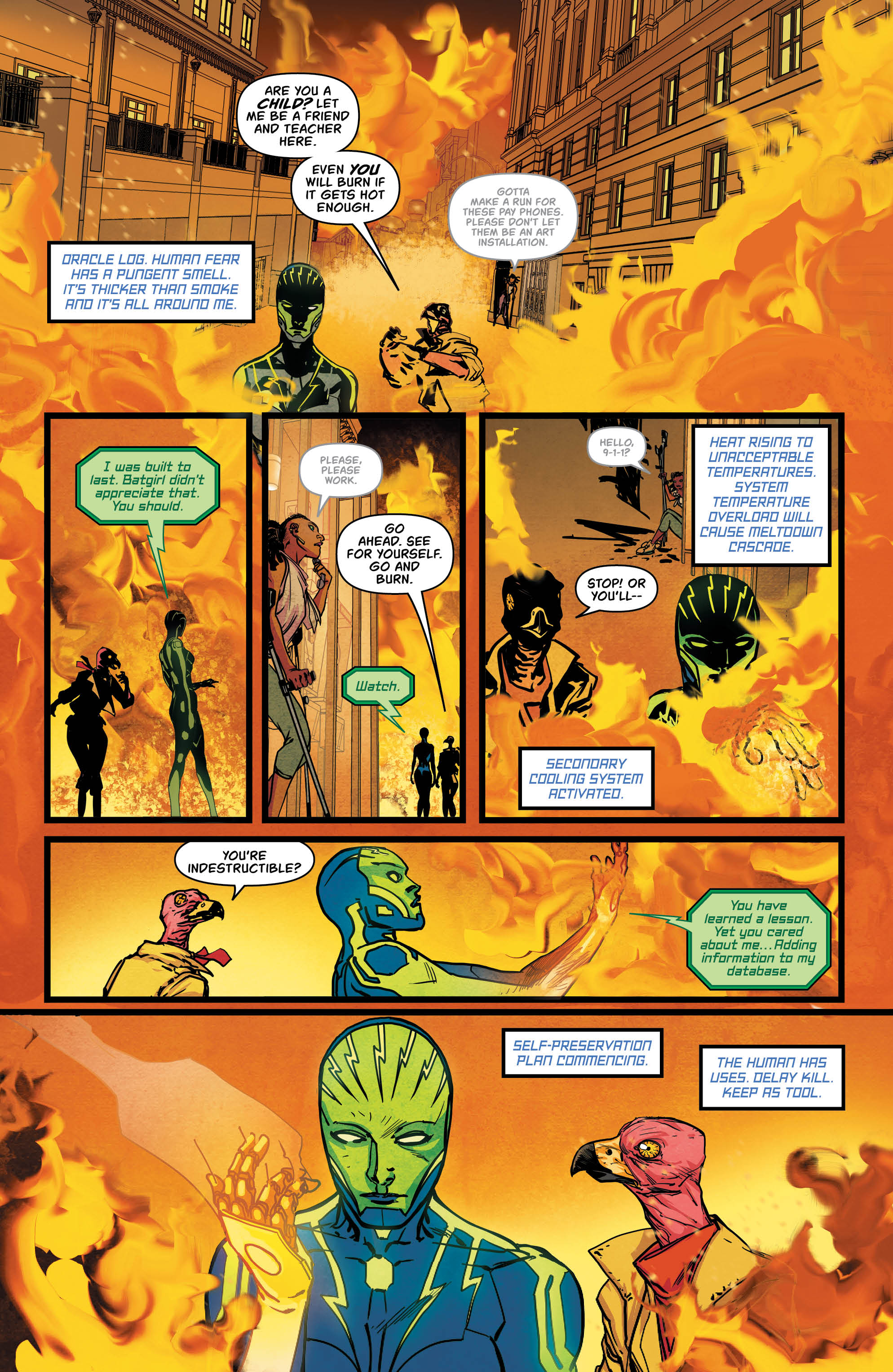 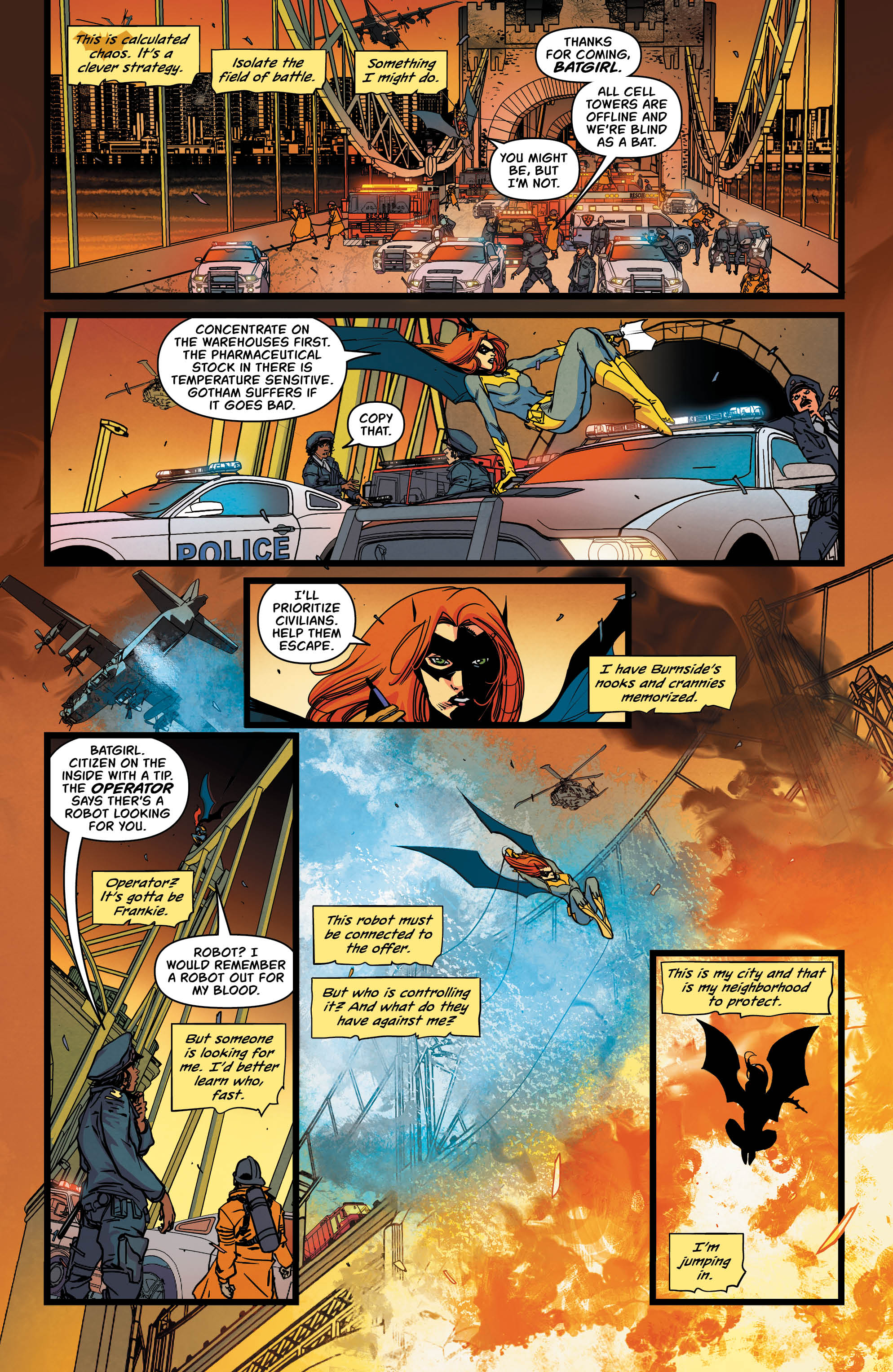 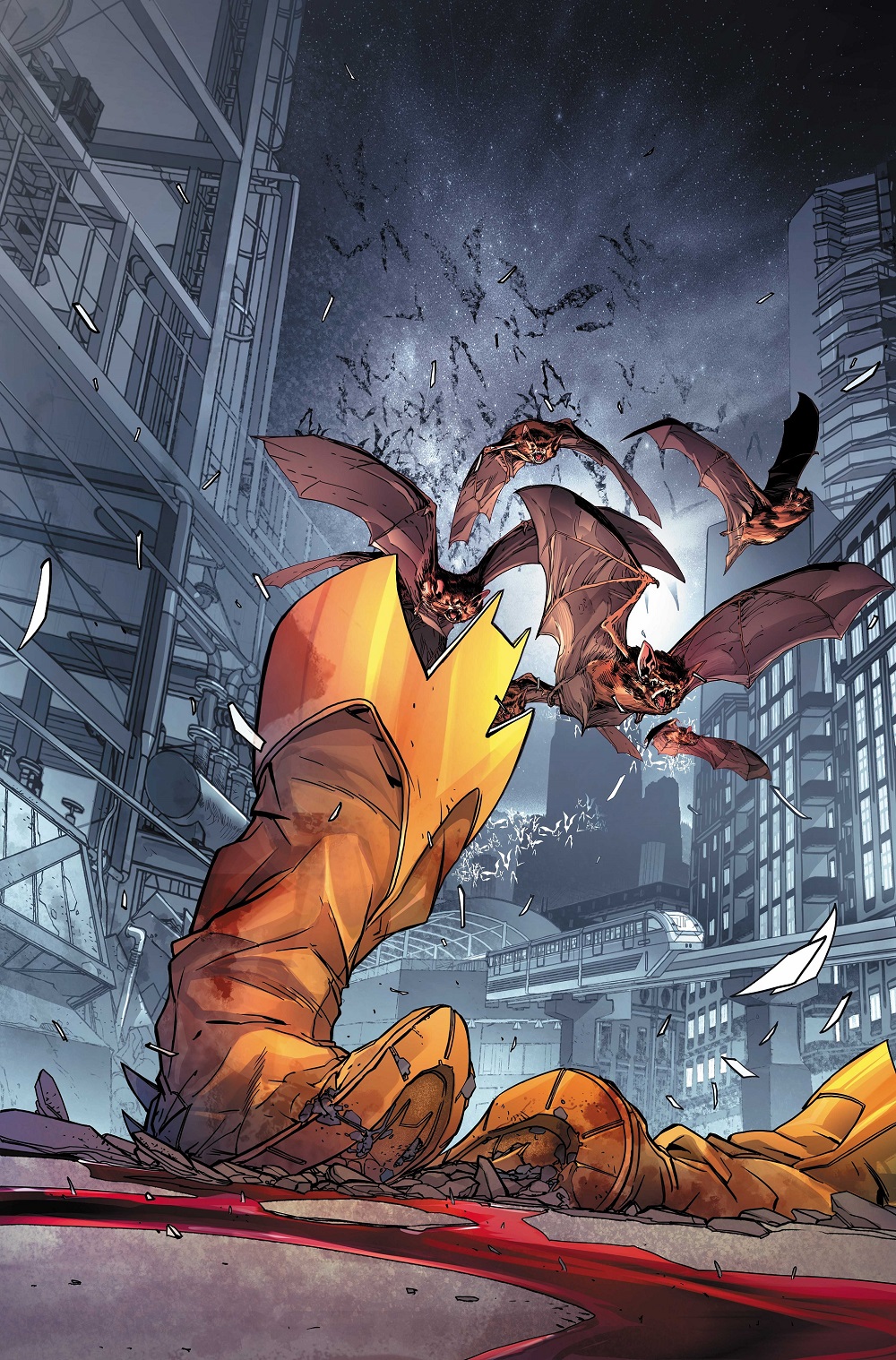 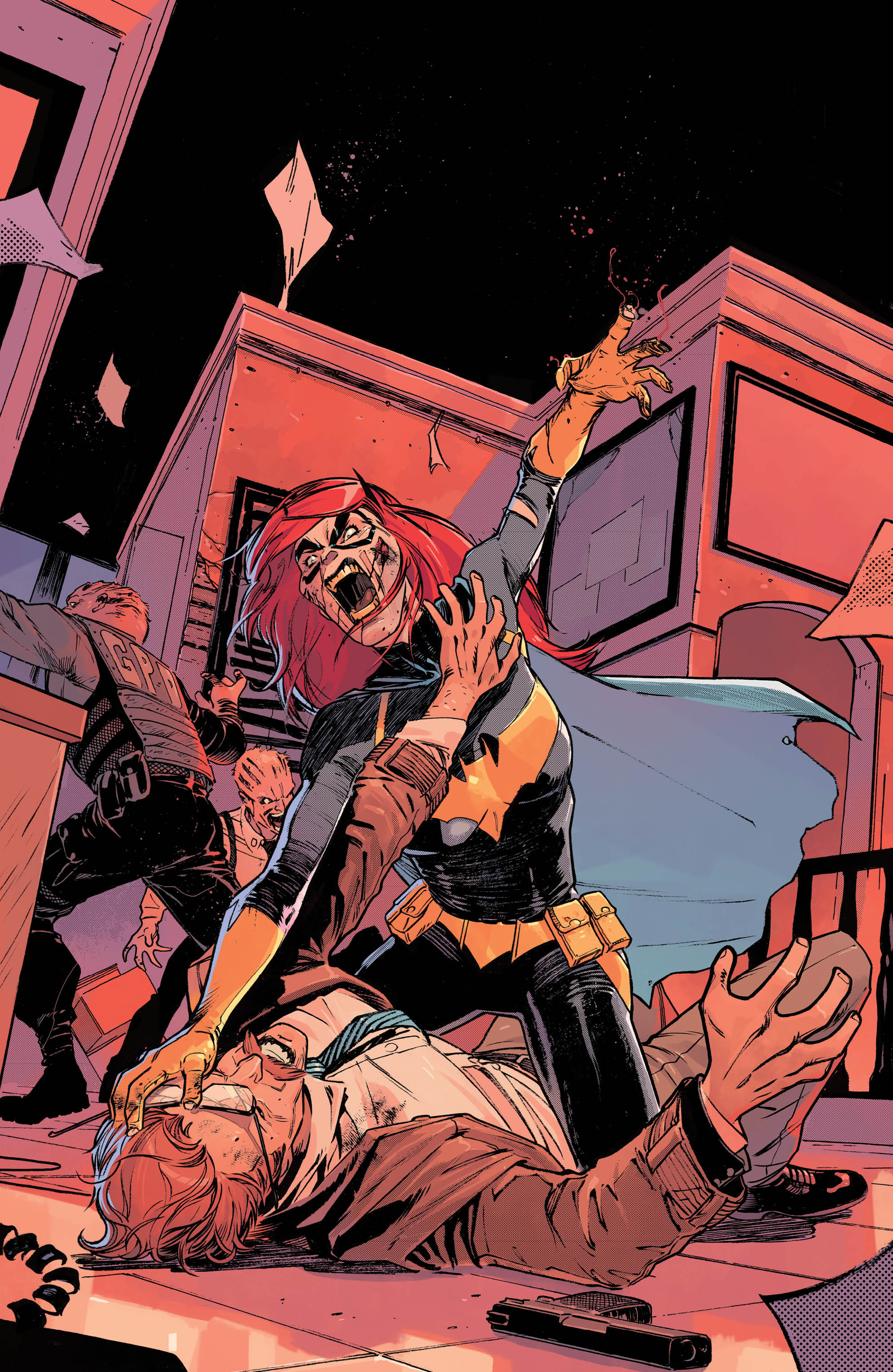 As per usual the art is amazing to behold. All throughout the issue the color schemes were amazing, everything managed to blend in with the shadows and highlights, yet jump off the page at the same time. The last 5 pages where just awesome! The juxtaposition of the colors and the silhouettes was a work of… well…. art. Giandomenico and Bellaire absolutely smashed it. I will always look forward to coming back and seeing what greatness they will bleed onto the page next.

We seem to have left Batgirl in a bit of a cliff hanging situation, and have no idea what will happen next. NO IDEA. Batgirl #40 has officially thrown me through a loop. The drama of the last couple of issues has been insane and I have a feeling it will only get more dramatic before we see the end of Oracle, and whatever seems to be happening in the sky?

I will be right here waiting with bated breath to get my hands on the next Batgirl. I do hope you’ll be joining me in the chaos.