I’ve found a way out of the country…

In “Marianne Faithfull”: Alfie (Jack Bannon) calls home to check in with Mom and Dad! A poignant moment right from the start! Boy do I love the soundtrack when Alfred and his guys fight, or get into any trouble together. These three are keepers and I wish we could see them in the comics in some sort of reunion….(hint, hint DC comics!) They roll in like Magnum P.I. and friends! 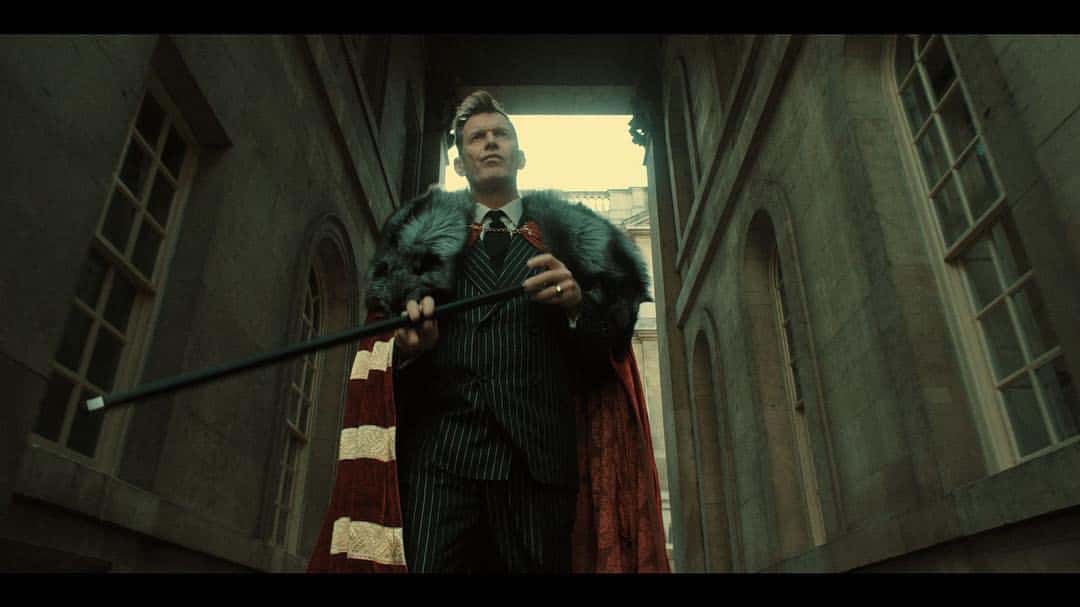 He struts in like John Travolta in Saturday Night Fever…

Lord Harwood (Jason Flemyng), adorned with his silver plated nose (who knew that could strike terror like Darth Vader or Red Skull?) struts into parliament and takes his place as leader… What a ride! The last episode ended with the Sykes sisters kidnapping the queen and forcing her to hand over the government to the Raven Society. The Prime Minister and his staff were forced to resign and let the New World Order take over.

Harwood (Jason Flemyng) has been on a roller-coaster ride, as he almost died in his endeavor to upend the government. He decks up like a commander and marches into the high order office set to make elaborate plans to take over the country. All’s well and the plans seem to be in motion, however, Alfred and his trusty lads, along with the new allies, Martha Kane (Emma Paetz) and Thomas Wayne (Ben Aldridge), thwart the order. 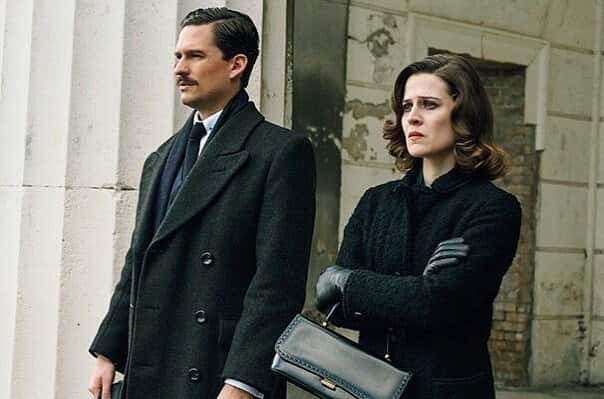 It’s only taken the whole season of episodes… geesh Thomas, it’s about time you professed your love! I like you and I want to be a friend. Poor Alfred, is stuck in the middle of this Moonlighting style sexual tension. I love the edge Martha has when she asks if this is “sexual or not!” Alas, Thomas is shot. If we stay with canon, we know he survives, but if the writers decide to go rogue, what happens to Batman? I Love that gasp at the end…

I did not like Alfred’s father giving a Hitler like salute. I get that this was done so viewers know how intense this civil war is shaping up to be, but when Martha puts her fist up, whew! She has quite the right cross!

“The Queen has a stacked deck! “

The Queen busies her kidnapped time with the sisters, and it turns out that her majesty is a pretty good card player. However, Alfie holds the trump card and comes to the rescue. 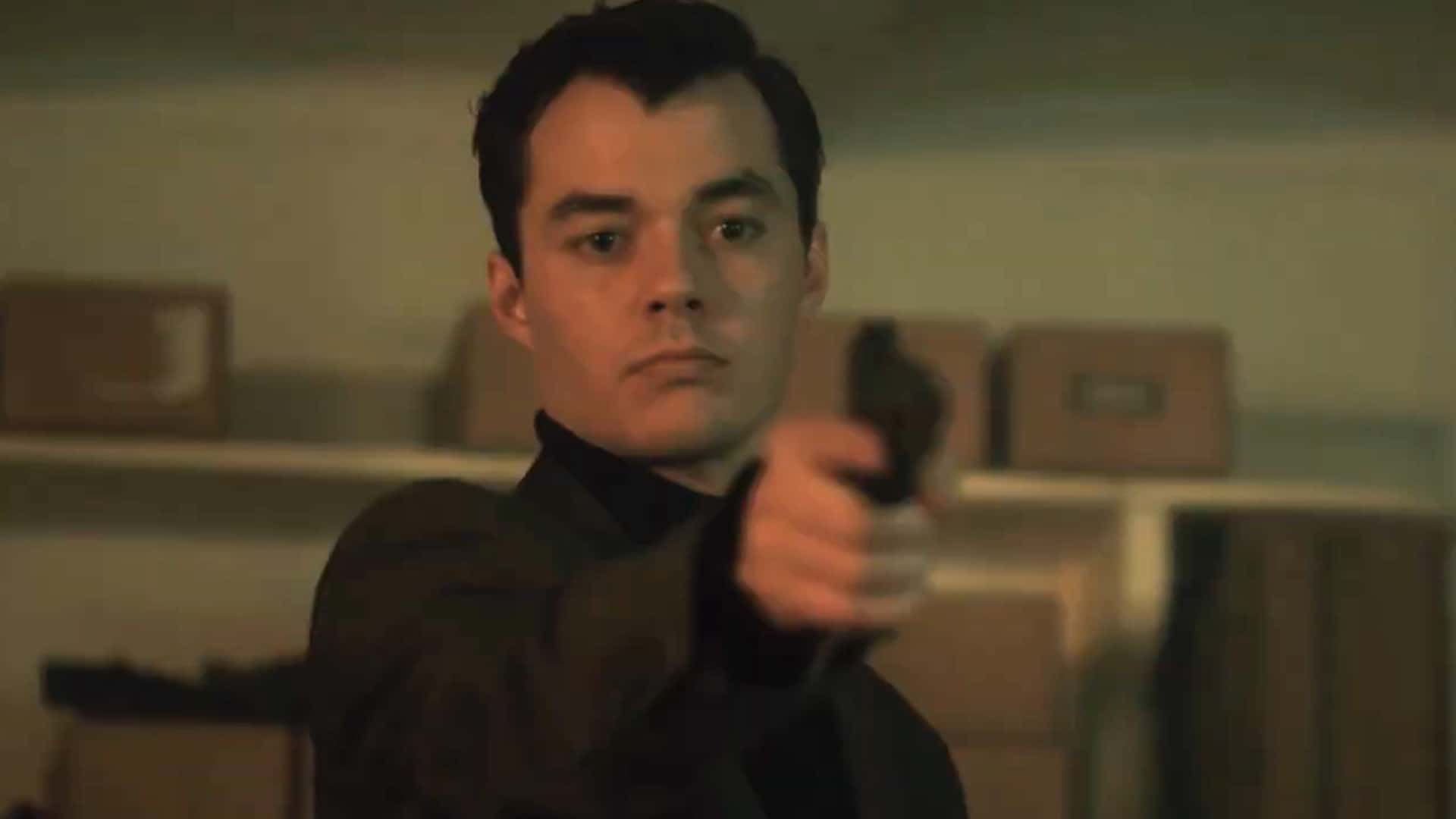 The Queen has her Jack… or rather, her Alfie!

Wow! In one season, Alfred had become quite the James Bond, though even Bond didn’t get to make out with the Queen of England! “Don’t call me Ma’am”, “What do you want me to call you?”, and away we go to the season finale, “Marianne Faithfull”… He’s quite overwhelmed and it is great to see this innocence. He saves her… twice!  Quite the resume!

Alfred and his Dad…

To me this is where the writers have really dealt Alfred a tough deck. He saves the Queen, but at a cost… to him and his Dad!  When you’re suffering from cancer, driven to a cause, what have you got to lose? Turns out, quite a lot!!!

As the soundtrack belts “I did it my way!”, what a great season one! As you can see if you’ve been reading my reviews, I only gave each episode around an 8 out of 10 each week. Arguably, this episode could be a season ender or a series ender, so I do hope that EPIX is willing to invest in a season 2.

“Marianne Faithfull” had some cliff hangers, and some items needing resolution. However, one would do well to watch it all again. If nothing more, to research and connect the title episodes and what that means!