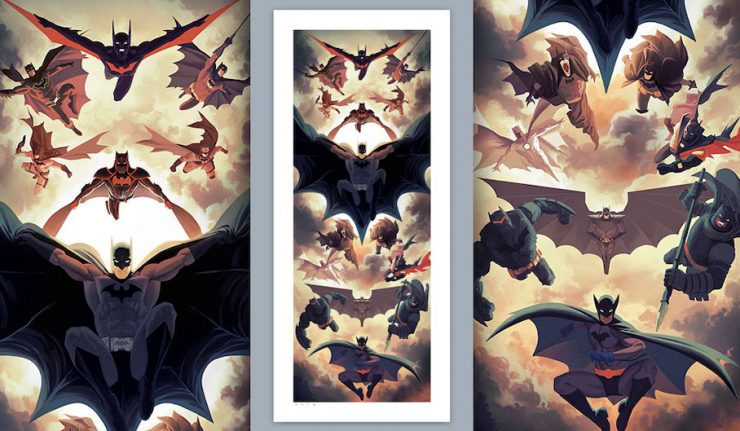 Batman is one of the most diverse superheroes in the genre. Having taken many different forms over his 80 year history, if you ask 15 different people what they picture when you say Batman, you’ll very likely get 15 different answers. To help celebrate the Bat’s many forms, Sideshow is selling a Batman Legacy art print.

Take to the skies over Gotham in this dynamic illustration by artist Kris Anka that celebrates the legendary 80 year legacy of Batman in DC Comics. This highly detailed composition is jam-packed with 15 different versions of the Dark Knight from a number of iconic eras across the DC Multiverse including Batman Beyond, Flashpoint, Kingdom Come, and of course, Bruce Wayne’s first appearance in the cape and cowl.

Each Batman Legacy Art Print will be hand-signed by Kris Anka and features an embossed Seal of Authenticity as a part of the limited edition of 400 pieces. This incredible DC Comics collectible is a must-have for Batman fans of any generation. 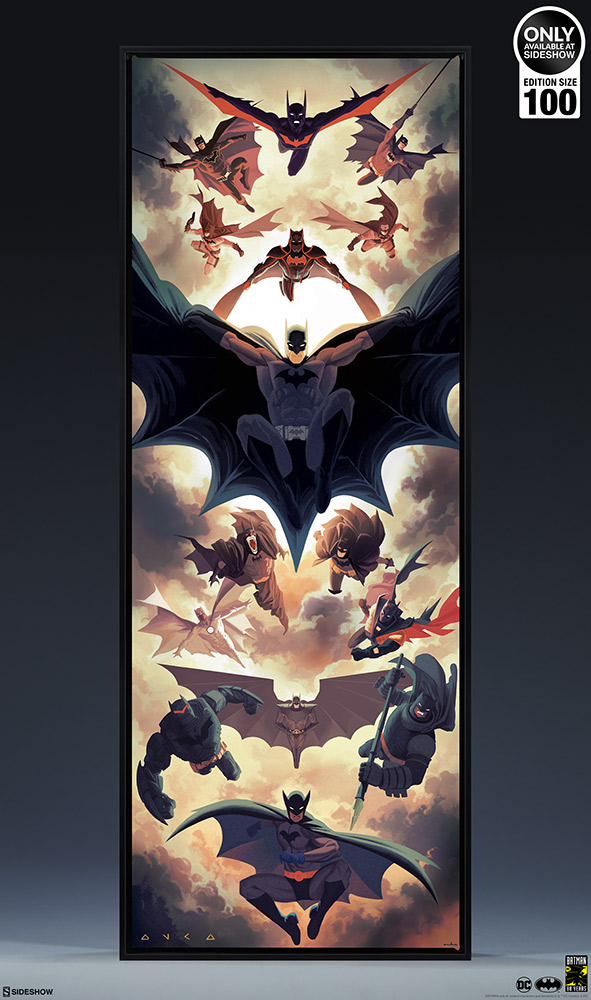 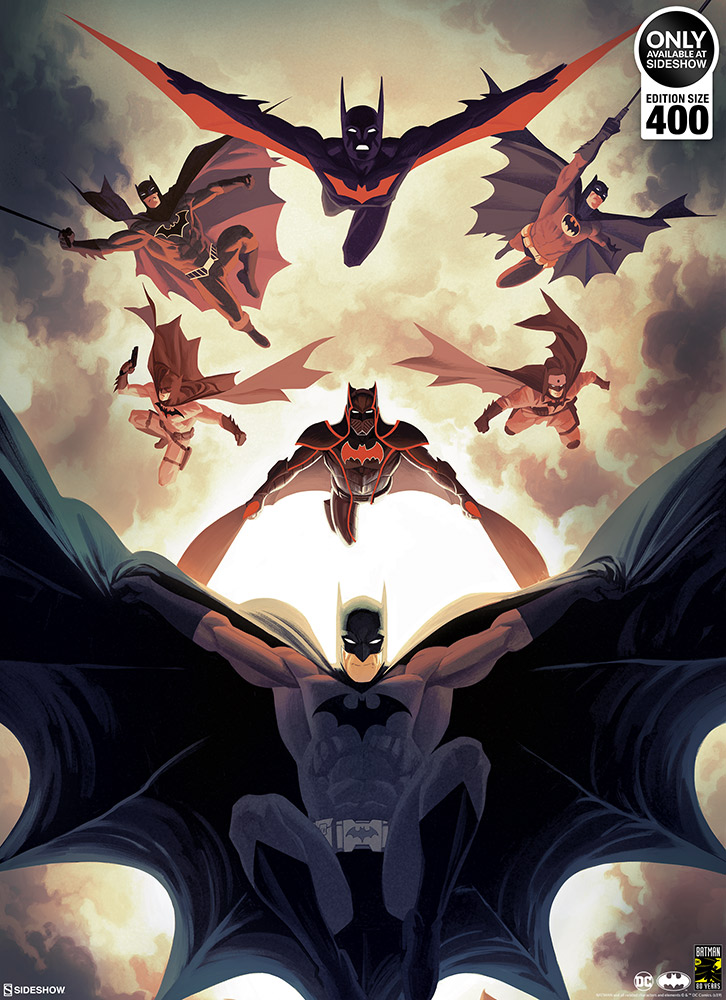 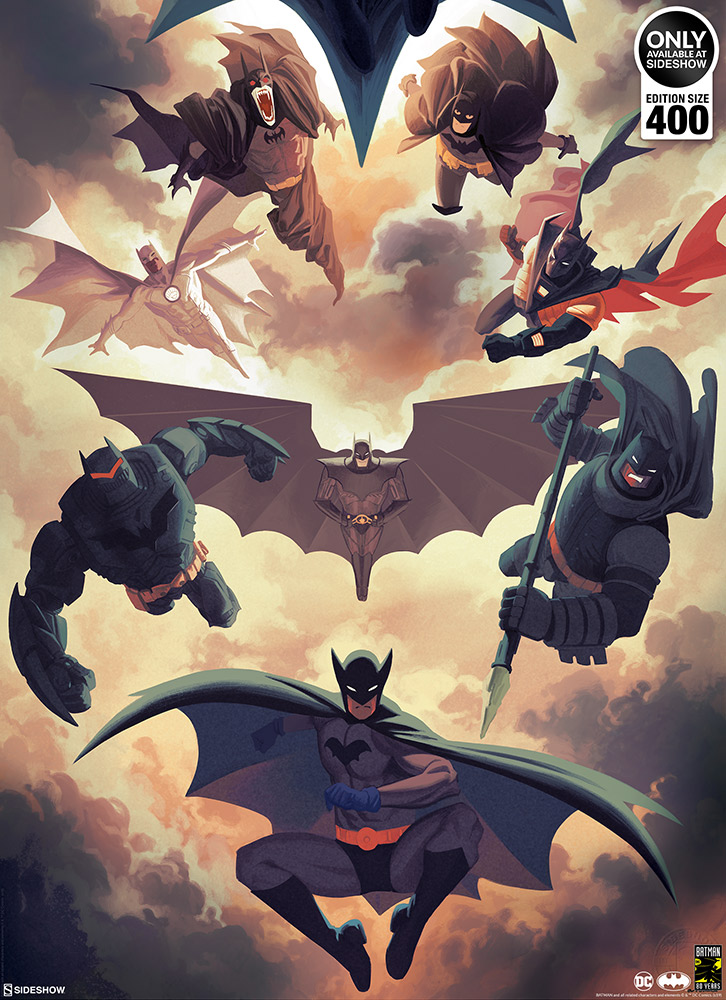 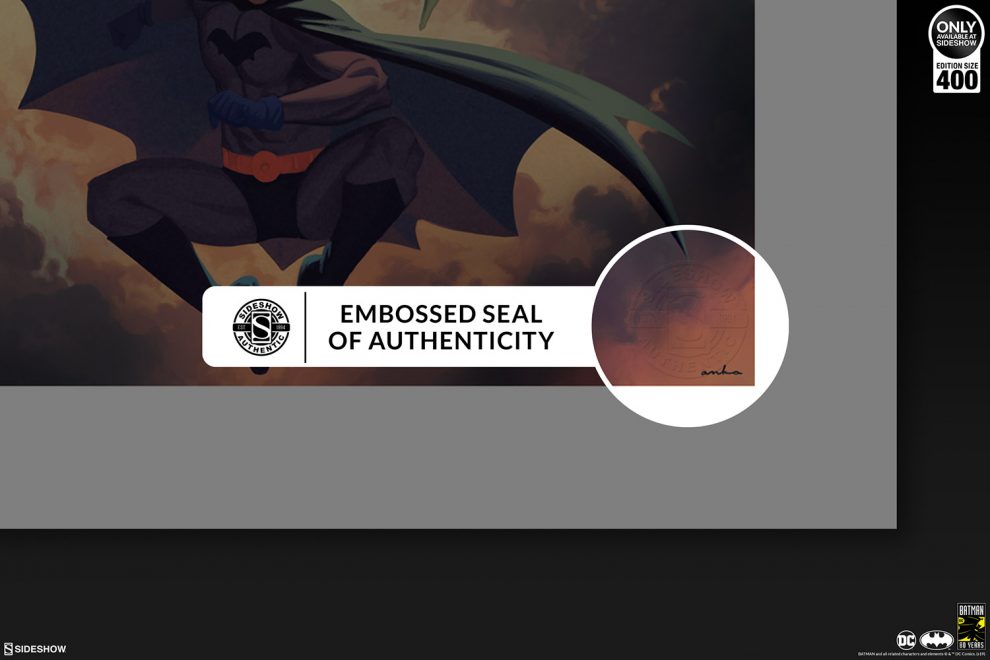 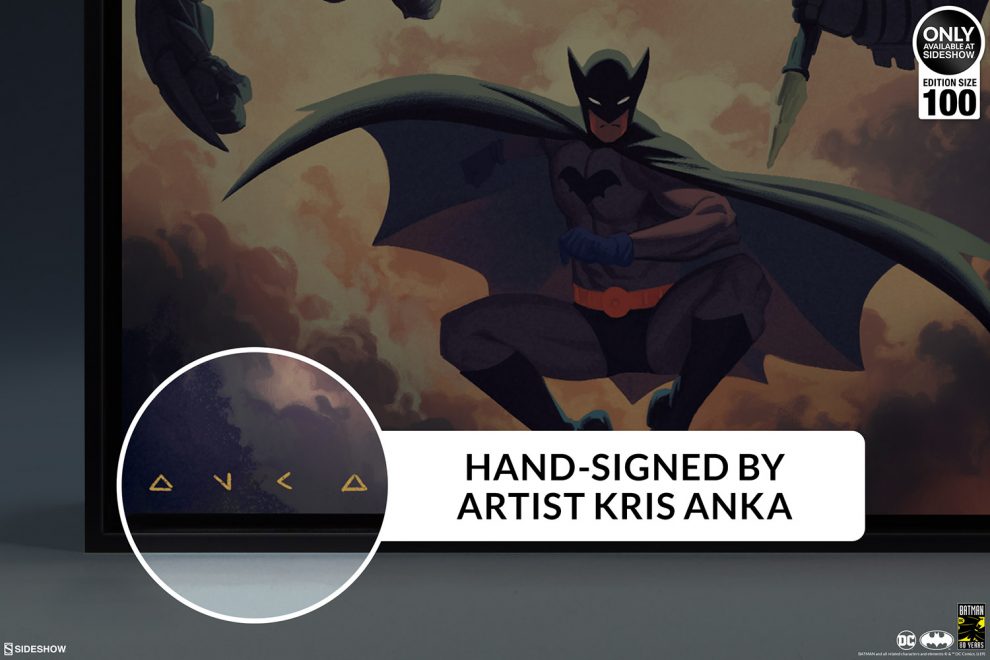 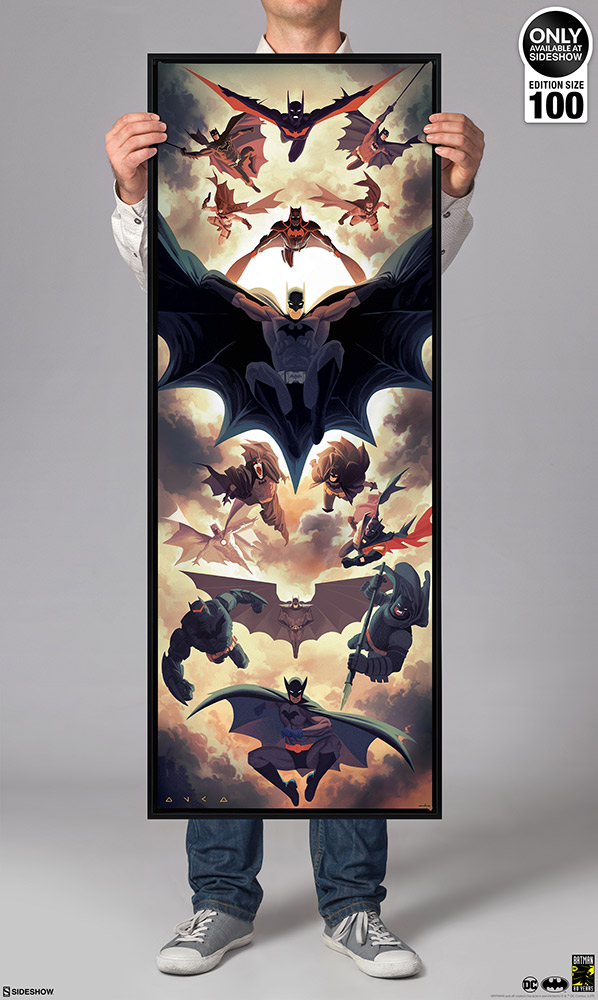 The Batmans (Batmen?) included on the print, from bottom to top, look to be:

The print is 16 x 40” and is currently available for pre-order at Sideshow for $100 unframed. There is a $275 paper black frame and $400 framed wrapped canvas option also available. It is has an estimated arrival time between October and November 2019.

This print is awesome and if I didn’t already have an over-abundance of Batman prints, I would definitely consider of adding this to my collection. How about you? Let us know!