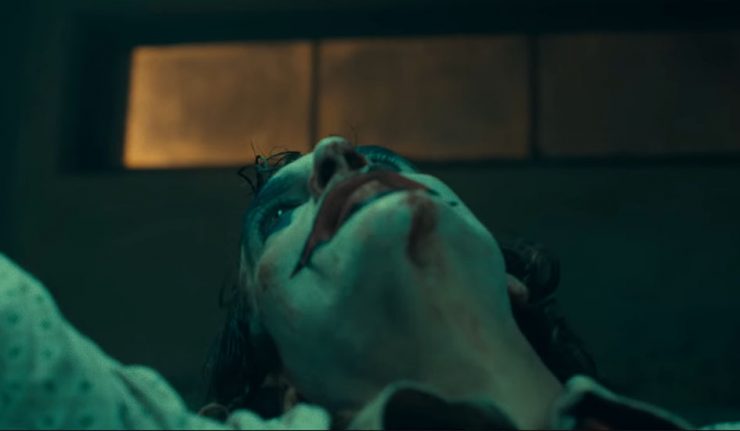 Hiding Easter Eggs in superhero films is a tale as old as time. It could be hinting at something for a future film, a nod to the character’s source material, or building the cinematic world. Directors have been doing this for decades and it looks like Todd Phillips’ movie will be no exception. The final Joker trailer even has a DCEU Easter Egg.

Earlier this week, the final trailer dropped, giving fans a taste of just how different this comic book film will be. From Joaquin Phoenix’s Joker laugh, to the creepy vibe he has, we’re likely in for something very special with this film.

When new footage or images are released, it doesn’t take fans long to comb every pixel to find any hidden details. This is exactly what one fan did with the new Joker trailer.

There’s a shot in the trailer where you seen men in clown masks running away from a movie theater. If you look at the movie poster at the theater, it is promoting 1981’s Excalibur. This is the same film being advertised at the movie theater where Thomas and Martha Wayne were murdered at the beginning of Batman v Superman: Dawn of Justice.

Is It Connected To The DCEU?

So, what does this mean? Does this mean that Joker takes place in the same continuity as the rest of the DC Films? Well, no. If anything, it’s just a nice nod from Phillips to Zack Snyder for the work he did building the DC Films Universe.

Besides, Jeffrey Dean Morgan portrayed Thomas Wayne in BvS and that character is played by Brett Cullen in Joker. Phillips has stated many times that he’s doing his own thing with this film, and that’s okay! Everything doesn’t have to connect!

Have you seen a DCEU Easter Egg that we missed in the final Joker trailer? Let us know! 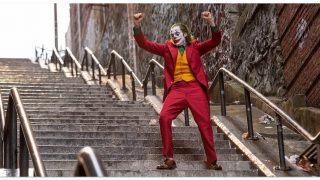