“Crisis In Half Shell” – Part Three 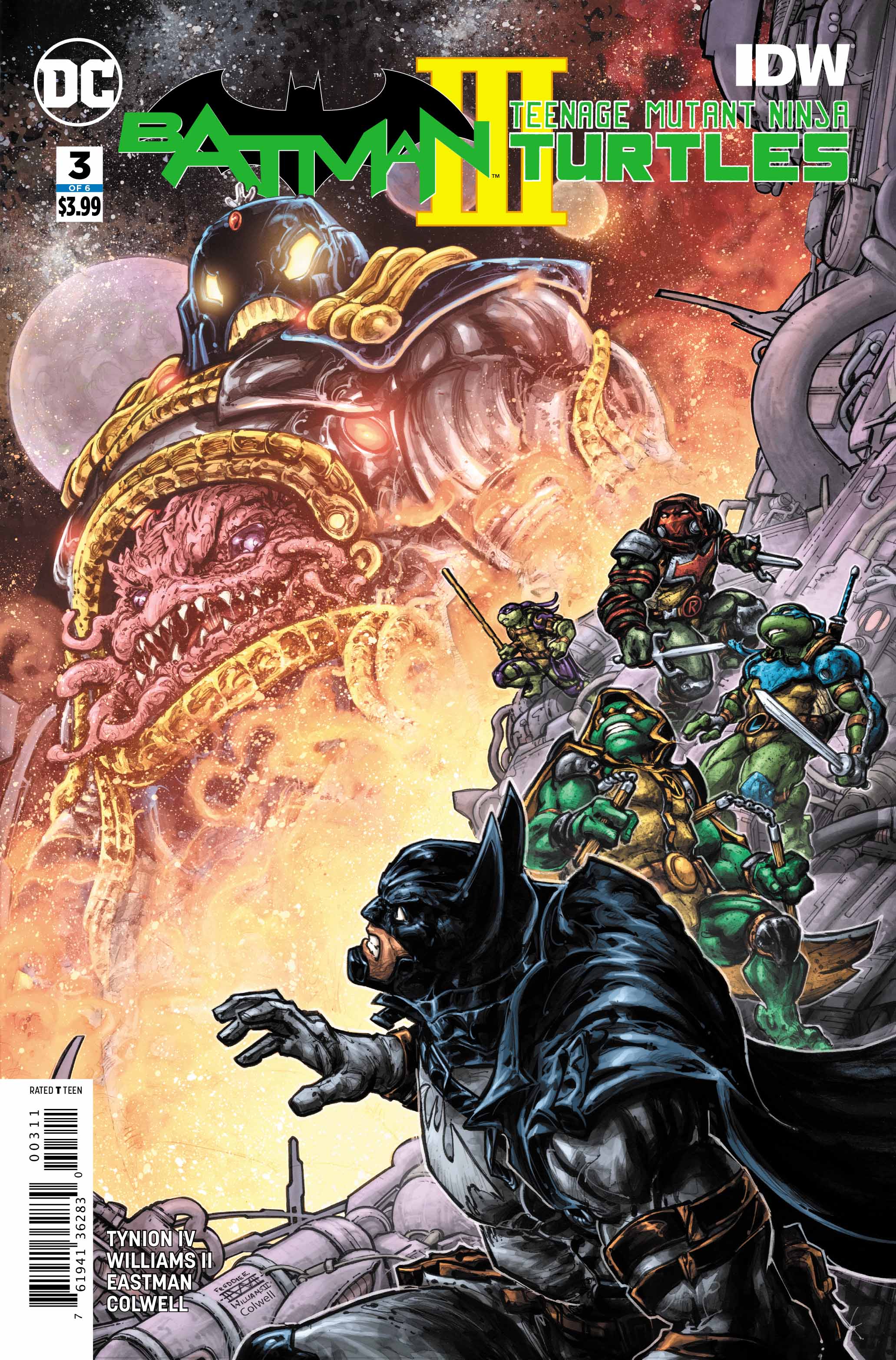 Secret origins, blasts from the past and more cosmic chaos than you can shake a bo-stick at, Batman/Teenage Mutant Ninja Turtles III #3 has it all. The fact that two all-new, six issue, Batman related mini-series come out on the same day every month is a source of pure joy for me. Where DCeased is horrific, dark and emotionally harrowing, Batman/TMNT III is pure, action packed fun. This is a great time to be a comics fan.

The original Raphael has awoken buried memories in his doppleganger and his brothers, in an attempt to restore the real universe, altered by the Krang/Monitor. This issue sees Bruce Wayne recount his turtleicious origin before embarking on his own quest. When his real memories come to the fore I dare any Bat-Fan not to hit the roof. I actually need to hear what readers think of page 15. 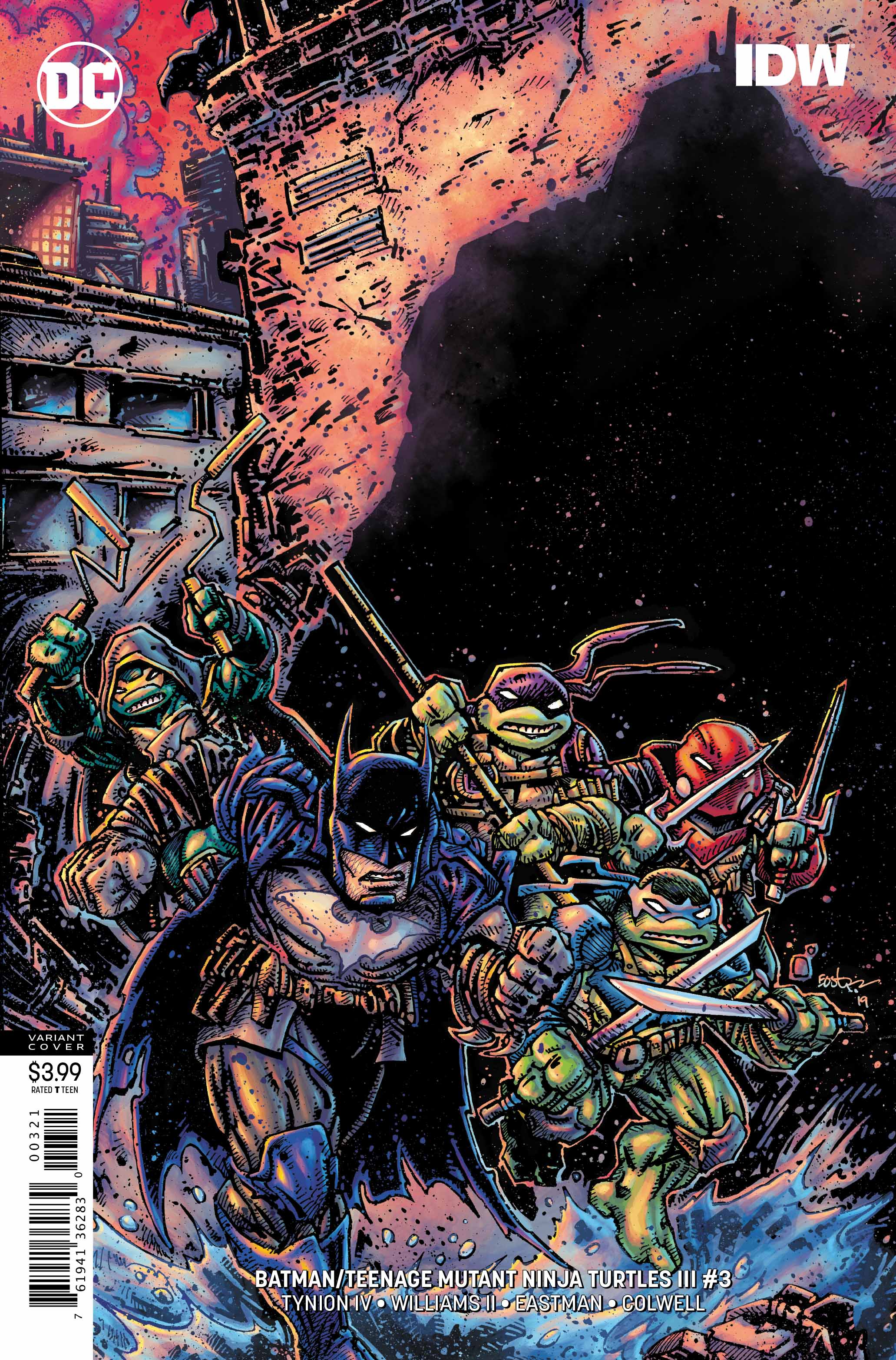 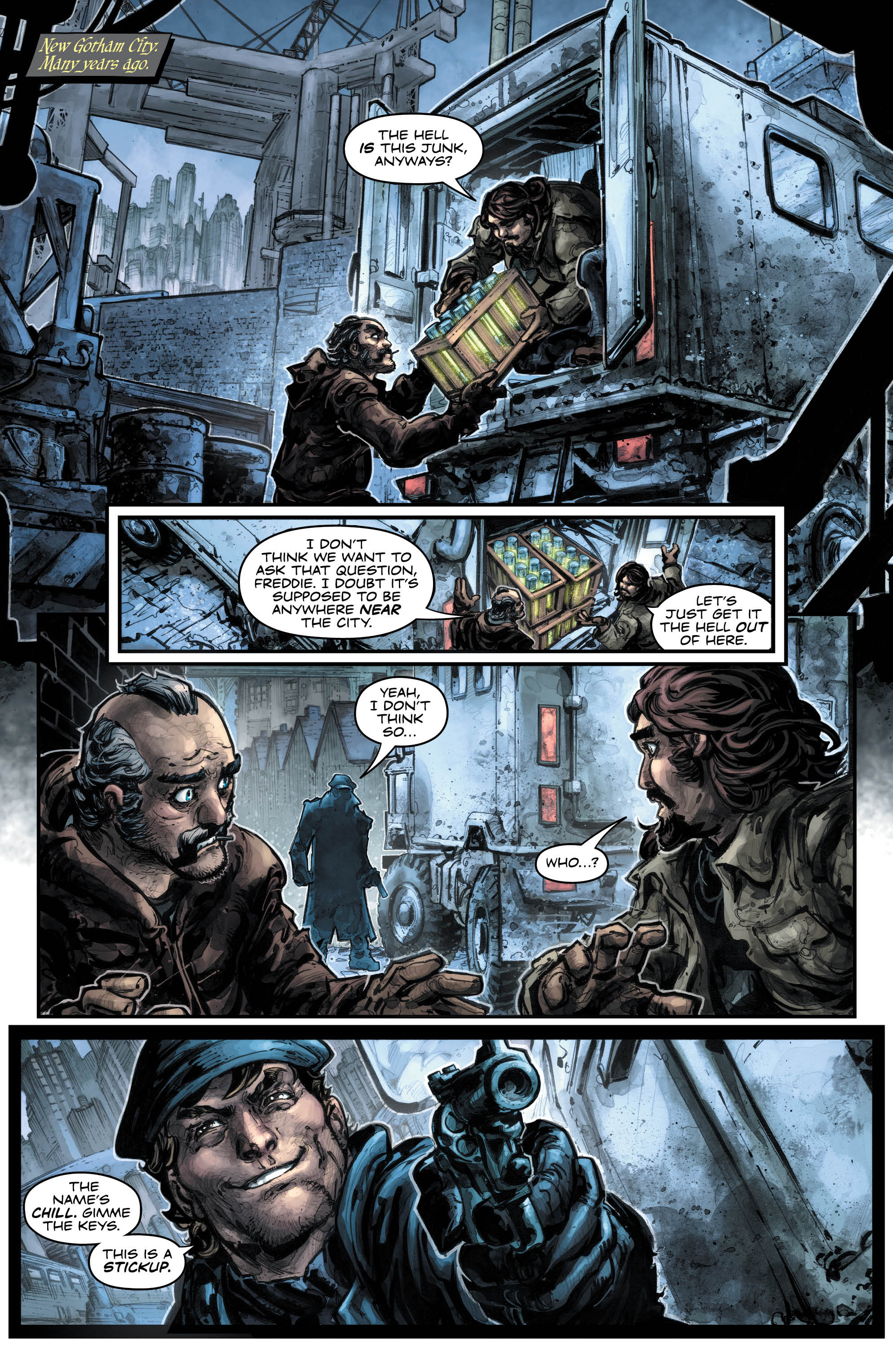 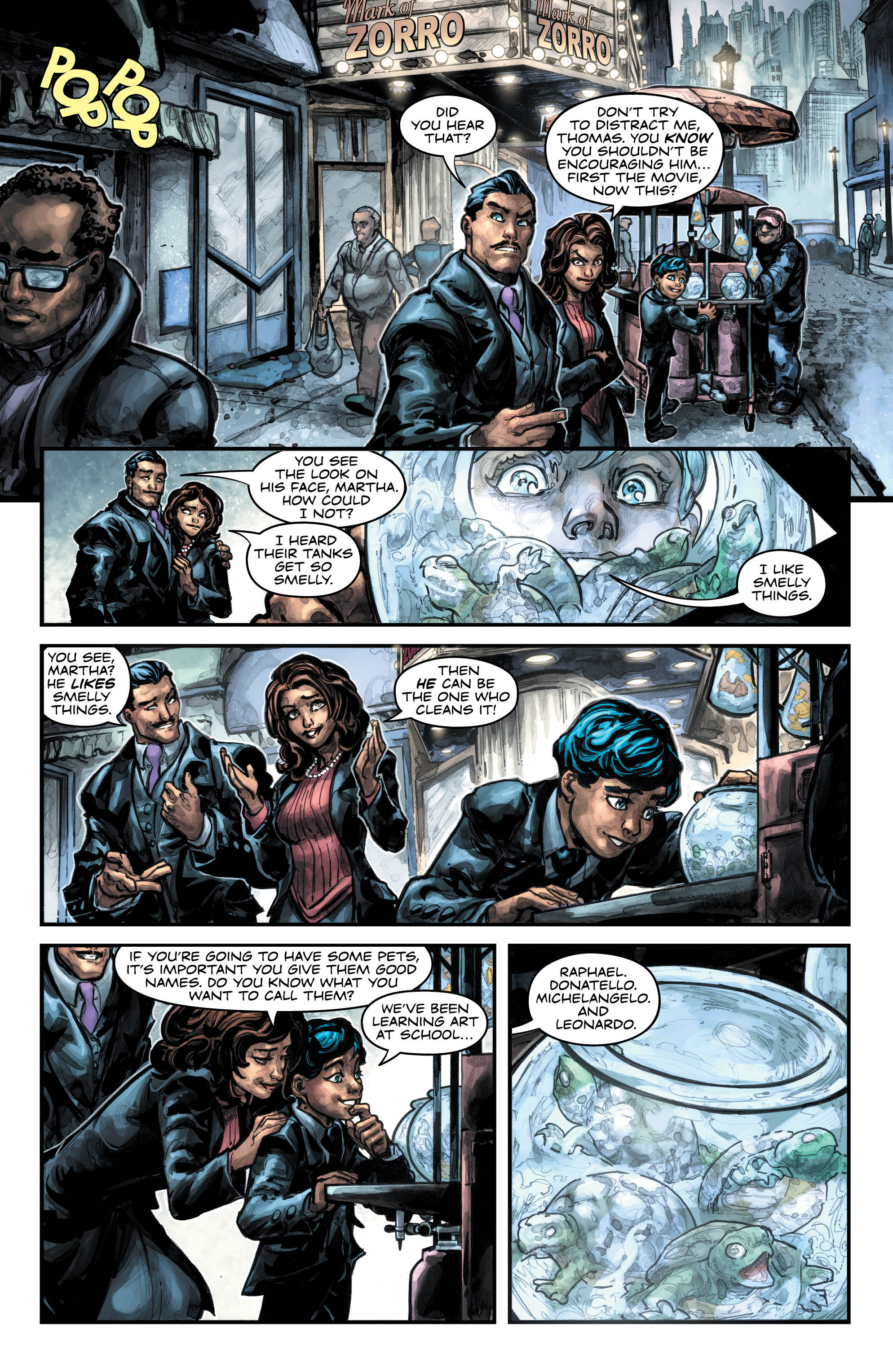 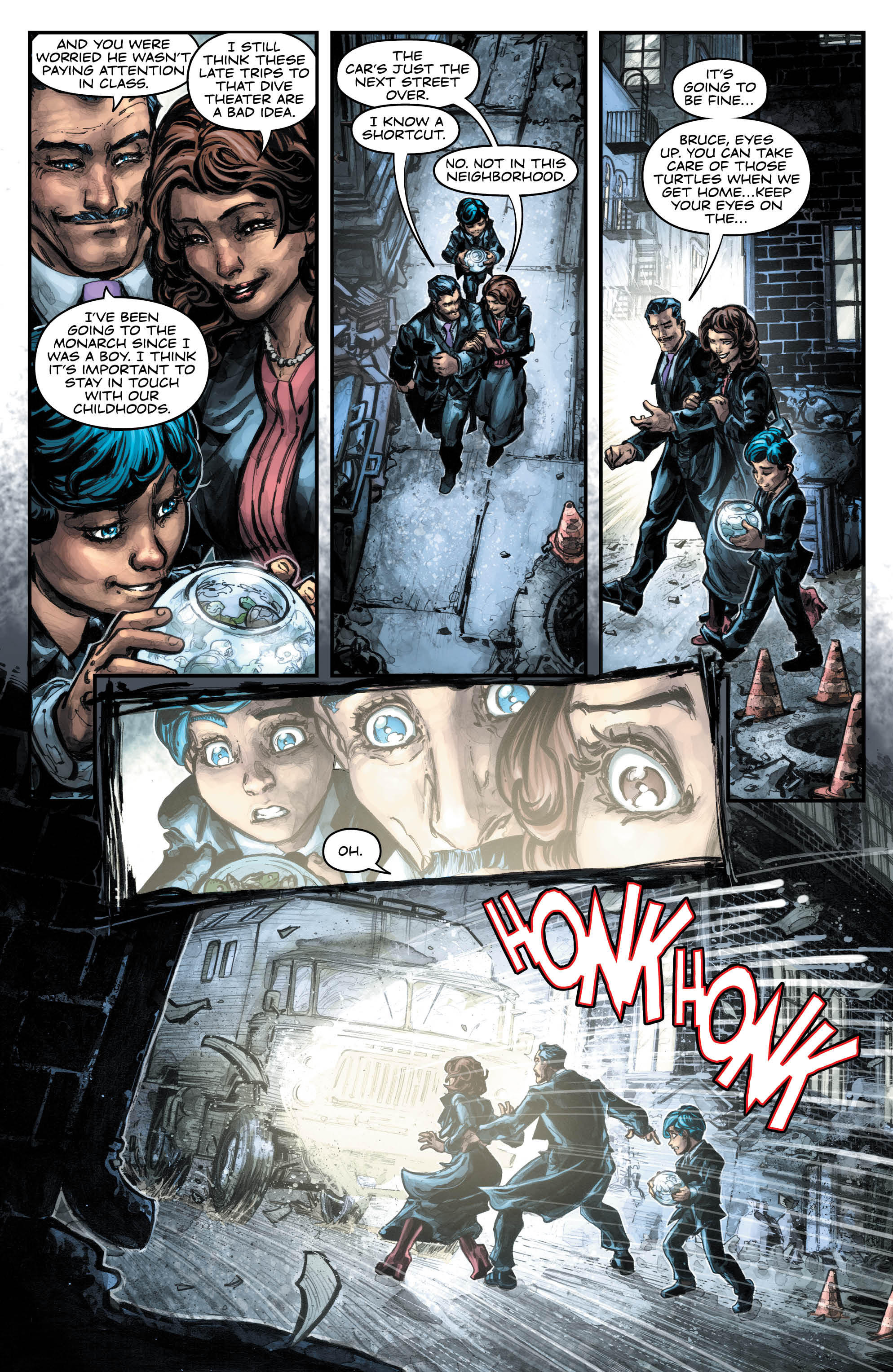 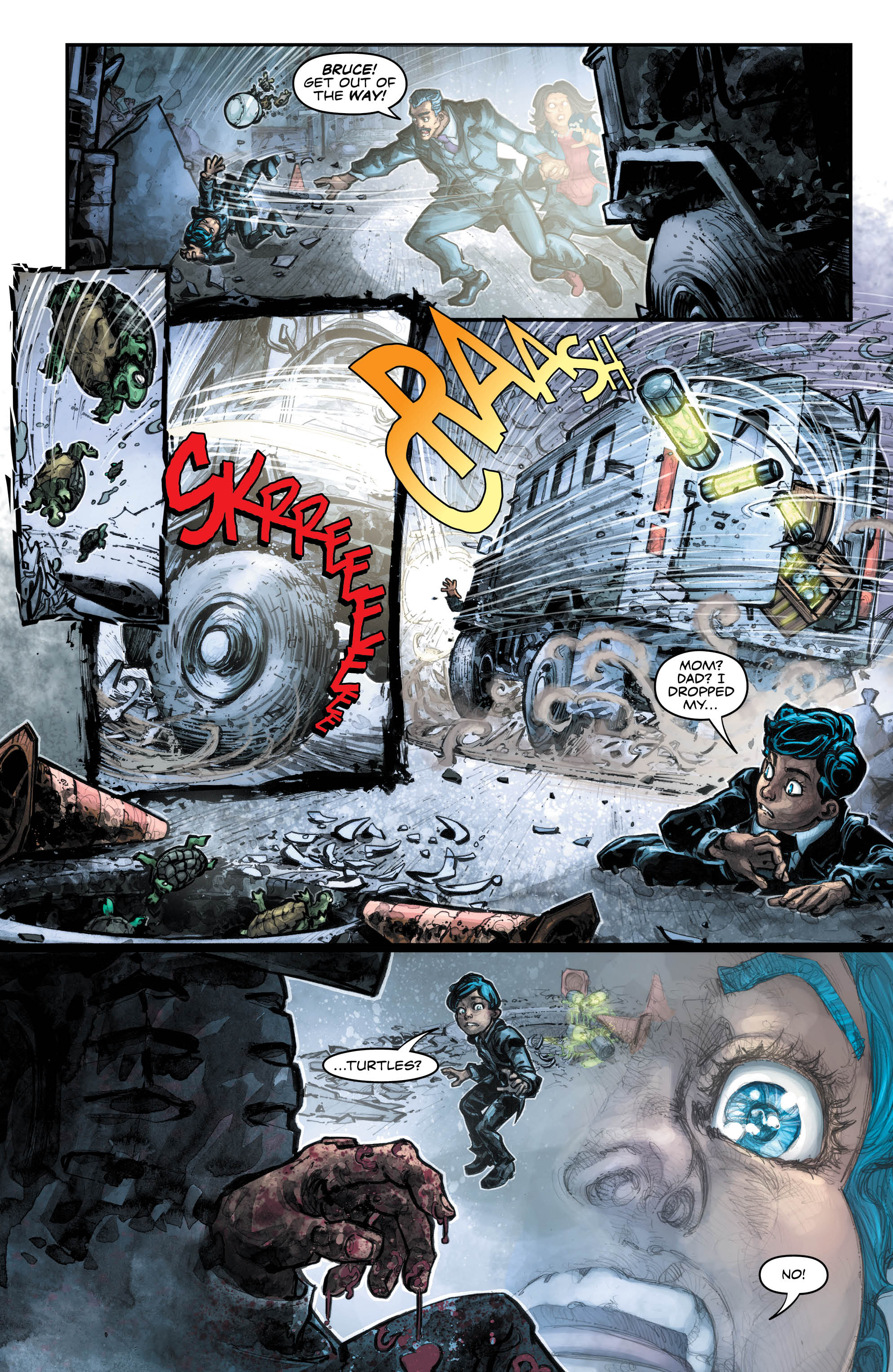 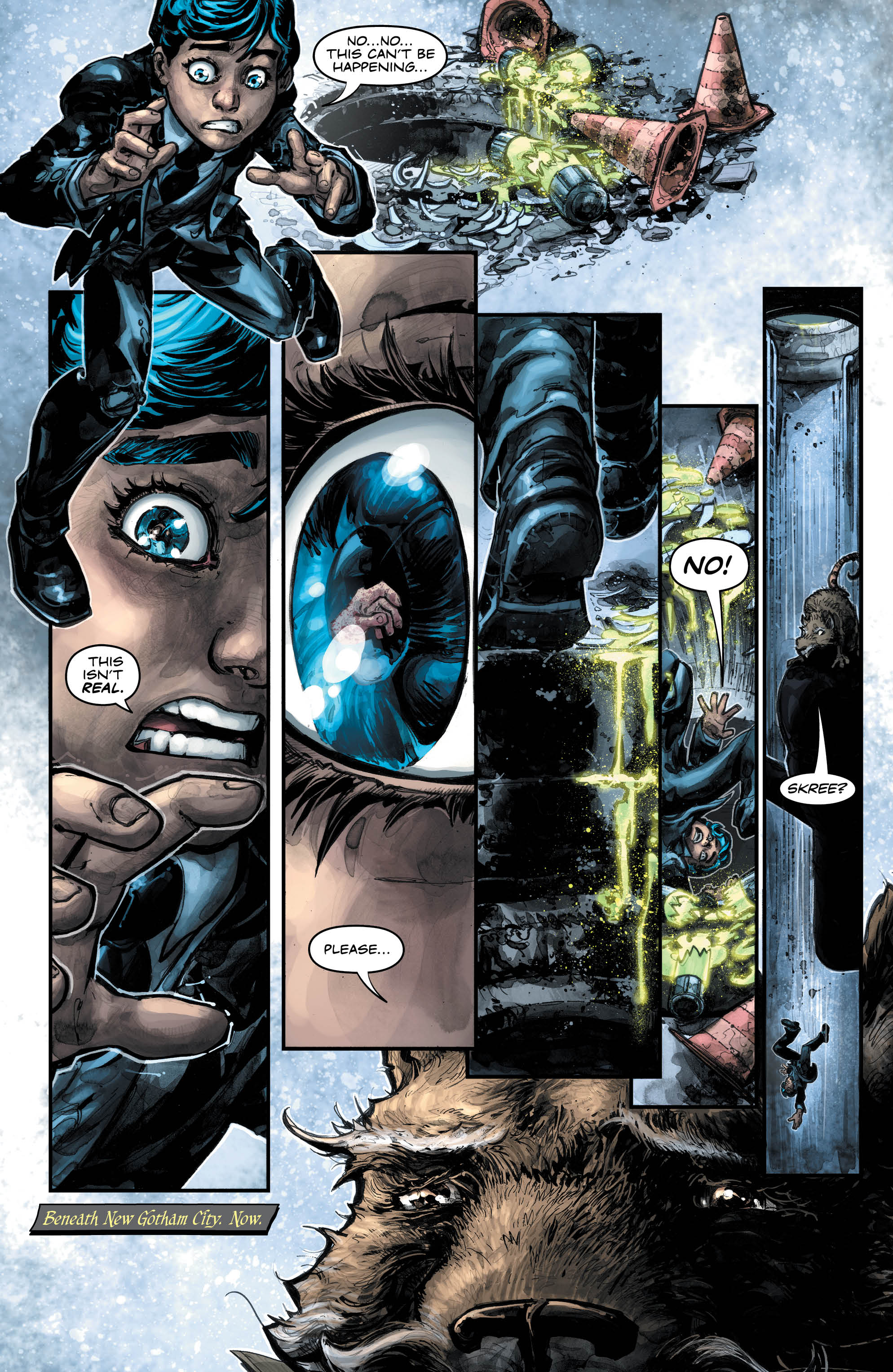 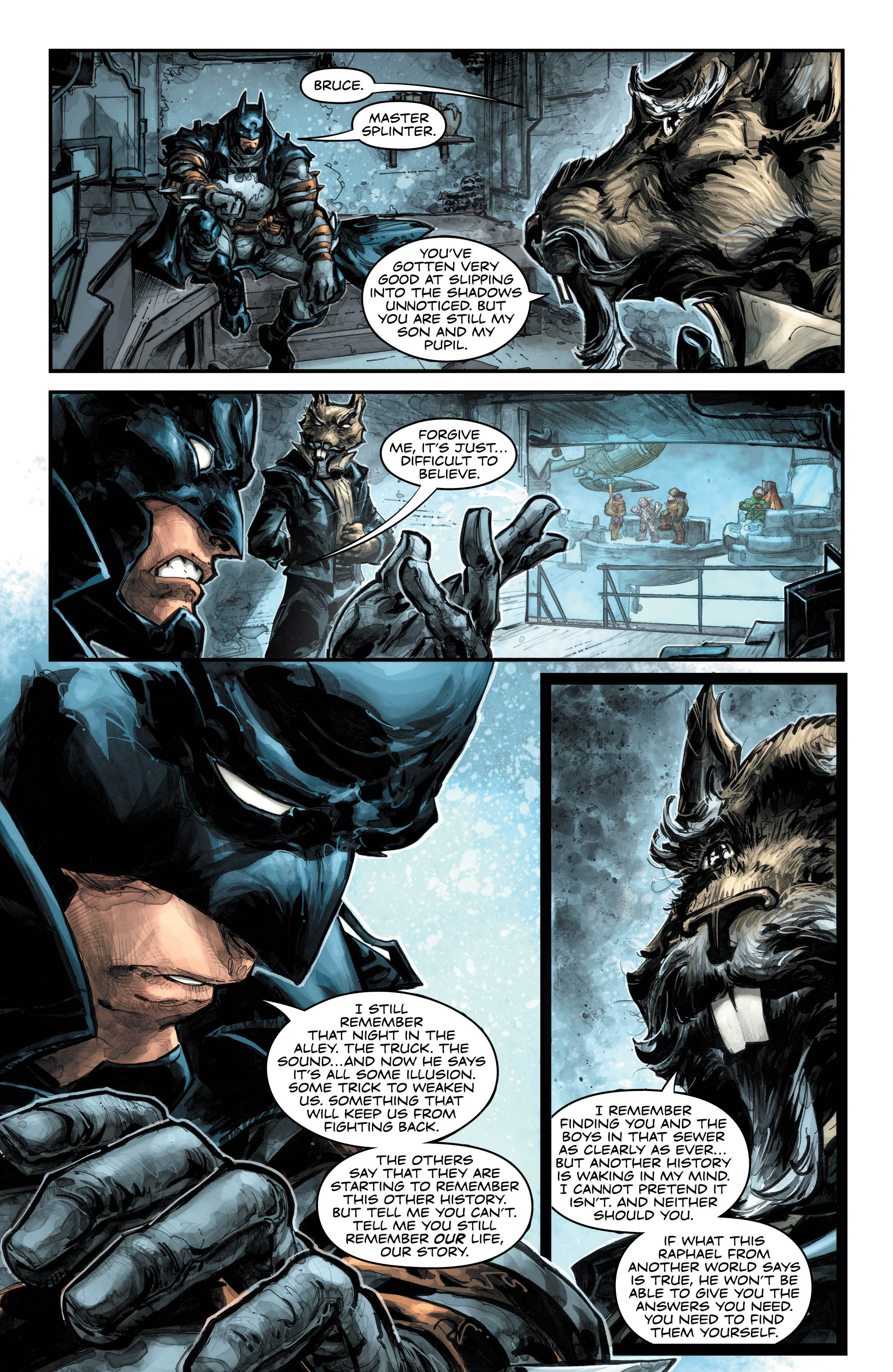 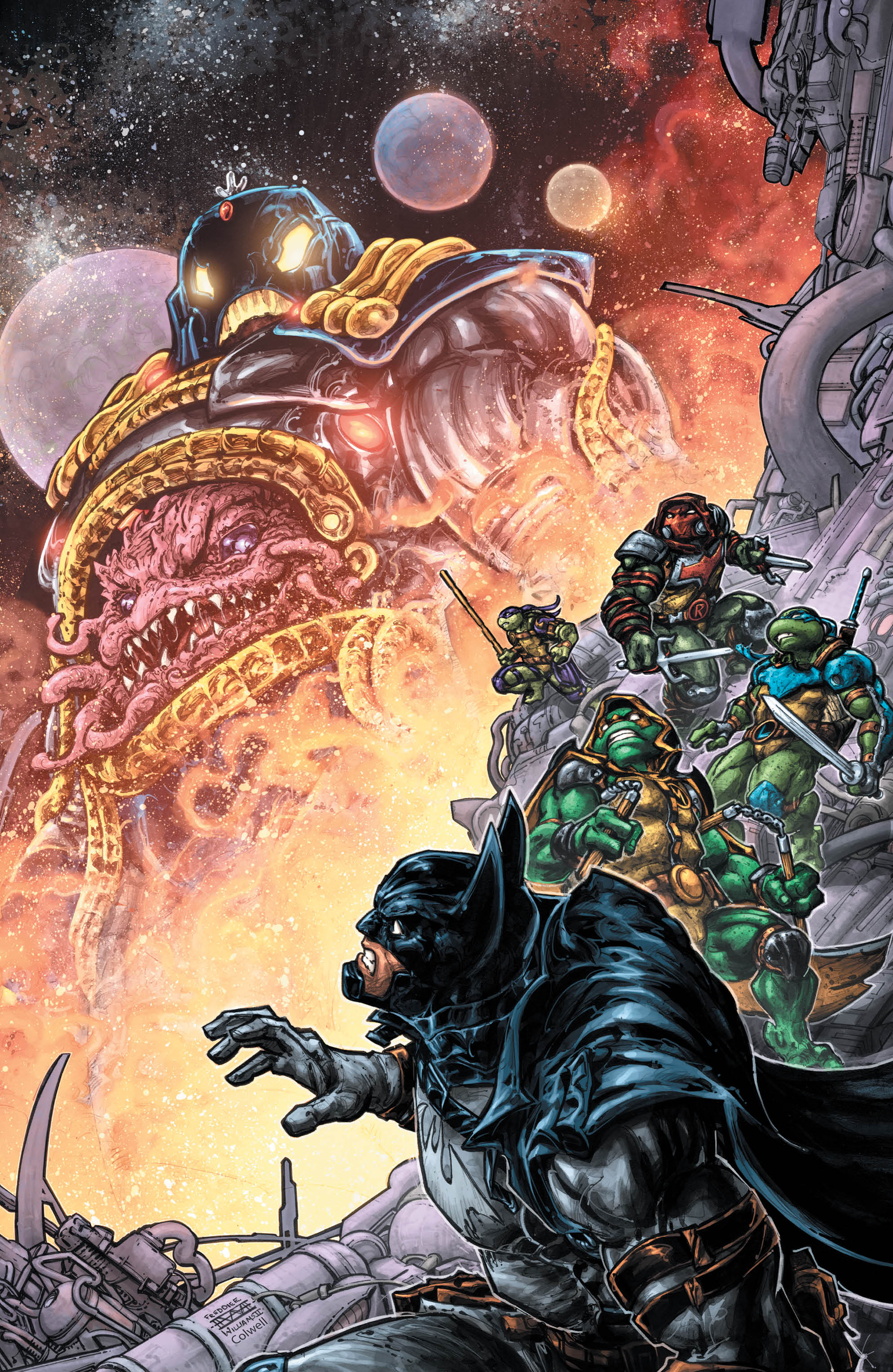 James Tynion IV’s new Bat/Turtle mythology is inspired, and seeing him reunited with his collaborators from the previous two Batman/Turtles series as well as working with the legendary Kevin Eastman makes me so happy. The writing and art in this series is magical. It’s cartoony, vibrant, gritty and completely absorbing. Freddie Williams, Kevin Eastman and Jeremy Colwell are a match made in heaven. Tom Napolitano’s letters finish the book and make it glow.

To say that I’m loving this series is an understatement. Seeing an all-new version of Batman is one thing, but tying him into the Turtles’ universe is nothing short of inspired. Batman/Teenage Mutant Ninja Turtles III #3 has all the action, thrills and laughs that comic-book fans crave and deserve, but add a whole new level of creativity and inventiveness.