The Phantasm Teased for Debut in Batman/Catwoman

The Phantasm has been teased for an upcoming appearance in the DC Comics universe. Yes, fans of Batman – The Animated Series can rejoice, for one of the most iconic and memorable characters from that canon, and star of the classic film Batman: Mask of The Phantasm, is back!

Artist Clay Mann’s updated cover for Batman/Catwoman, features the Bat and Cat in the same embrace from his original version, but this time they appear in the reflection of Phantasm’s blade. Her familiar cloak, mask and glowing eyes take up the remaining part of the art, with the caption, “She awaits you.” Tom King has joined in the fun too, sharing the picture on his twitter account. It can be enjoyed below in all its majestic glory. 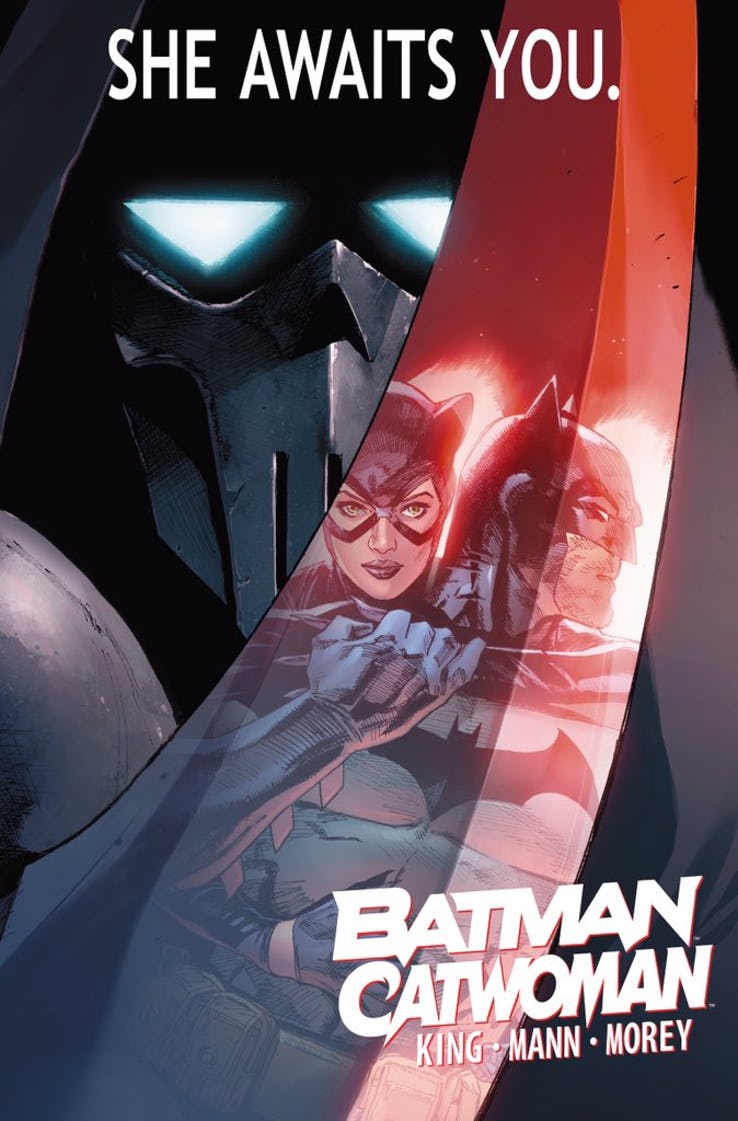 Dana Delany voiced the mysterious Andrea Beaumont/Phantasm in 1993’s Mask of the Phantasm. Beaumont was a woman from Bruce Wayne’s past and ex-fiancée who jilted the billionaire playboy. The movie plays out as Beaumont is revealed as the femme fatale behind the guise of the deadly Phantasm. Hoping to take revenge on the Joker for the murder of her father, Beaumont dressed up as the Grim Reaper-inspired anti-heroine and gave Batman one of his toughest cases.

It remains to be seen if this iteration is Beaumont once more, or a fresh spin on the character. Personally, I would love to see Beaumont make her long awaited return into the life of Bruce Wayne. With the complicated relationship between the Bat and Cat coming back to the fore, what better way for Tom King and Clay Mann to throw a spanner into the works by inserting such an unhinged and damaged character. The potential for disaster and heartbreak is all there, and the appetite is well and truly whetted and then some!

How do you see The Phantasm integrating into the plot? Leave your comments below.