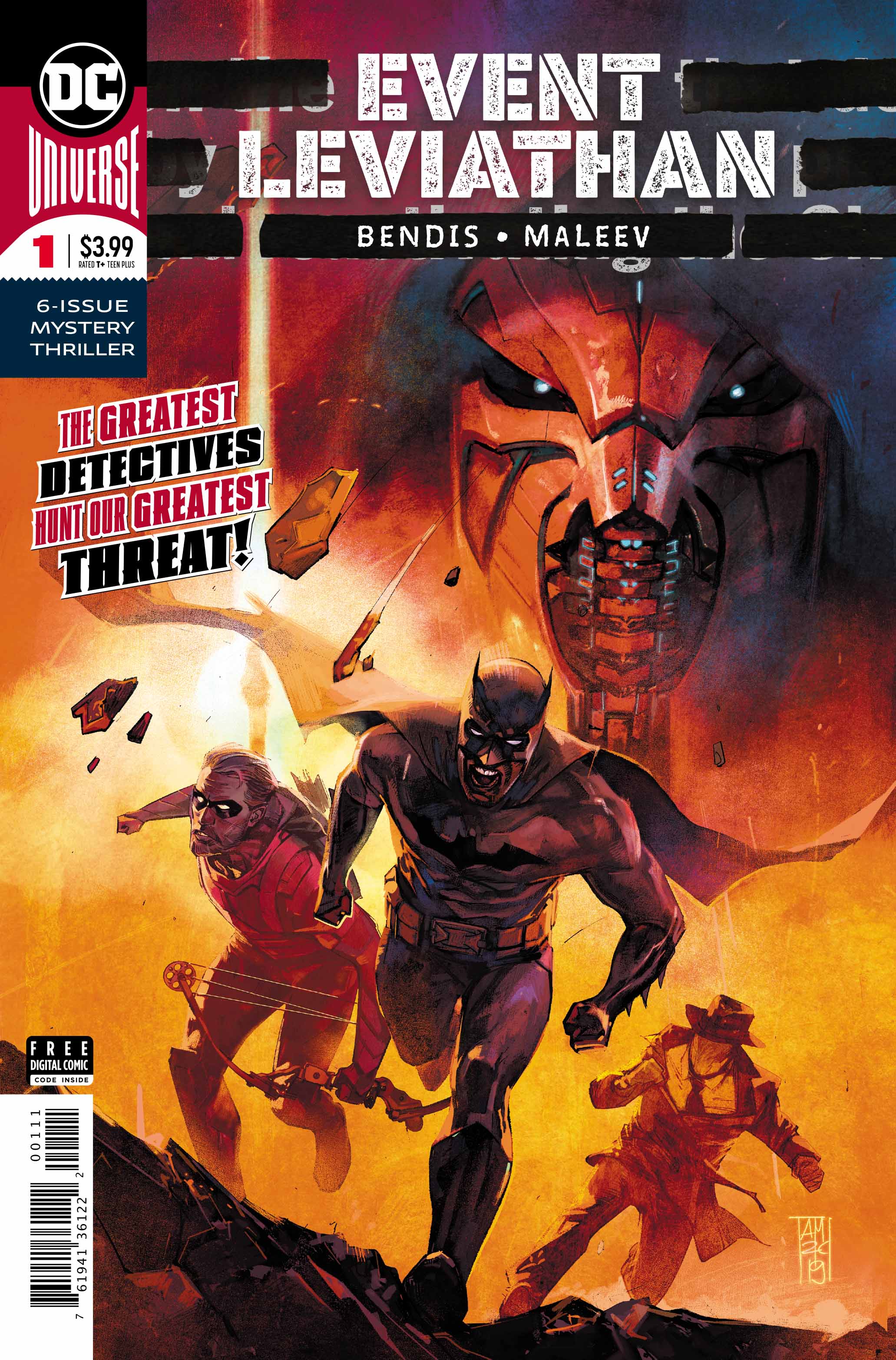 DC’s spy world is in turmoil in this week’s Event Leviathan #1, as Brian Michael Bendis sets the stage for a thrilling, world-shaking summer event.

Spinning out of the pages of Action Comics, Event Leviathan #1 picks up the story where Superman: Leviathan Rising #1 ends. In previous issues, Superman has been tracking a new player in the spy world. Someone has taken over Talia Al Ghul’s Leviathan organization. This mystery individual has infiltrated and dismantled various agencies such as Spyral, ARGUS, Cobra, Cadmus, and the DEO. Leviathan has also incapacitated Amanda Waller and General Sam Lane, thereby leaving a power vacuum in the espionage community.

While the roots of this story were in Action Comics, this issue shifts the story’s focus. With the Man of Steel currently off world dealing with the likes of Rogol Zarr, a team of the DCU’s finest detectives is filling in for Superman: Batman, Lois Lane, The Question, and Green Arrow.

The issue opens in the new ARGUS secret headquarters, the Odyssey, which has been laid to waste by Leviathan. After Batman and Lois Lane find each other snooping around the rubble, they discover a wounded and dejected Steve Trevor.  Trevor, the lone survivor of the attack, recounts the Odyssey’s destruction thereby confirming that Talia is no longer in charge of Leviathan. It’s apparent that Trevor is paranoid when he starts shooting at both Batman and Lois. Eventually, Green Arrow arrives and tases Trevor. The scene pulls back to reveal that The Question has been watching the entire time before running off into the night.

Bendis in His Element

Bendis is a man of many talents. While he is able to write well in many different genres, he thrives when dealing with street characters. Noir and espionage have always been his strong suits. Event Leviathan #1 is therefore right up his alley. He pulls on various plot threads that DC has developed over the past ten years and weaves them into a single mystery… and it works, really well. It’ll be interesting to see what he’ll do with his chosen cast of characters.

In many ways, Event Leviathan feels like a backdoor for Bendis to take a stab at writing a canonical Batman story, for this issue feels miles away from what he’s doing in Action Comics.

Although the tone and mood of this issue are pitch-perfect, there isn’t much here in the way of action. It’s a lot of exposition, which isn’t necessarily a bad thing, but does mean that it’s slow moving. It’s not a problem for the first issue in a series like this, as Bendis attempts to put all the pieces in the right place. However, he really needs to hit the ground running in the next issue to avoid a dragging narrative. 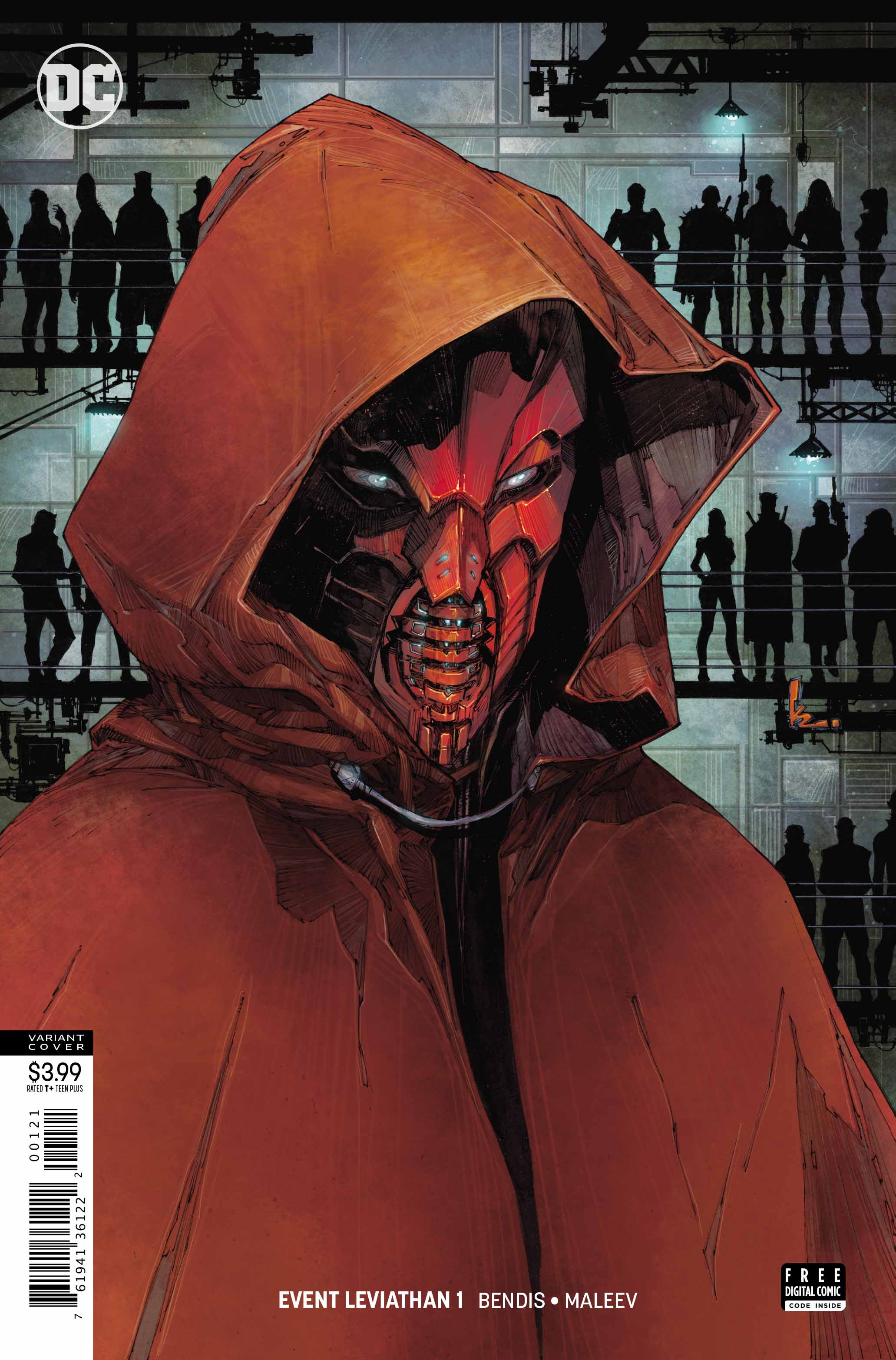 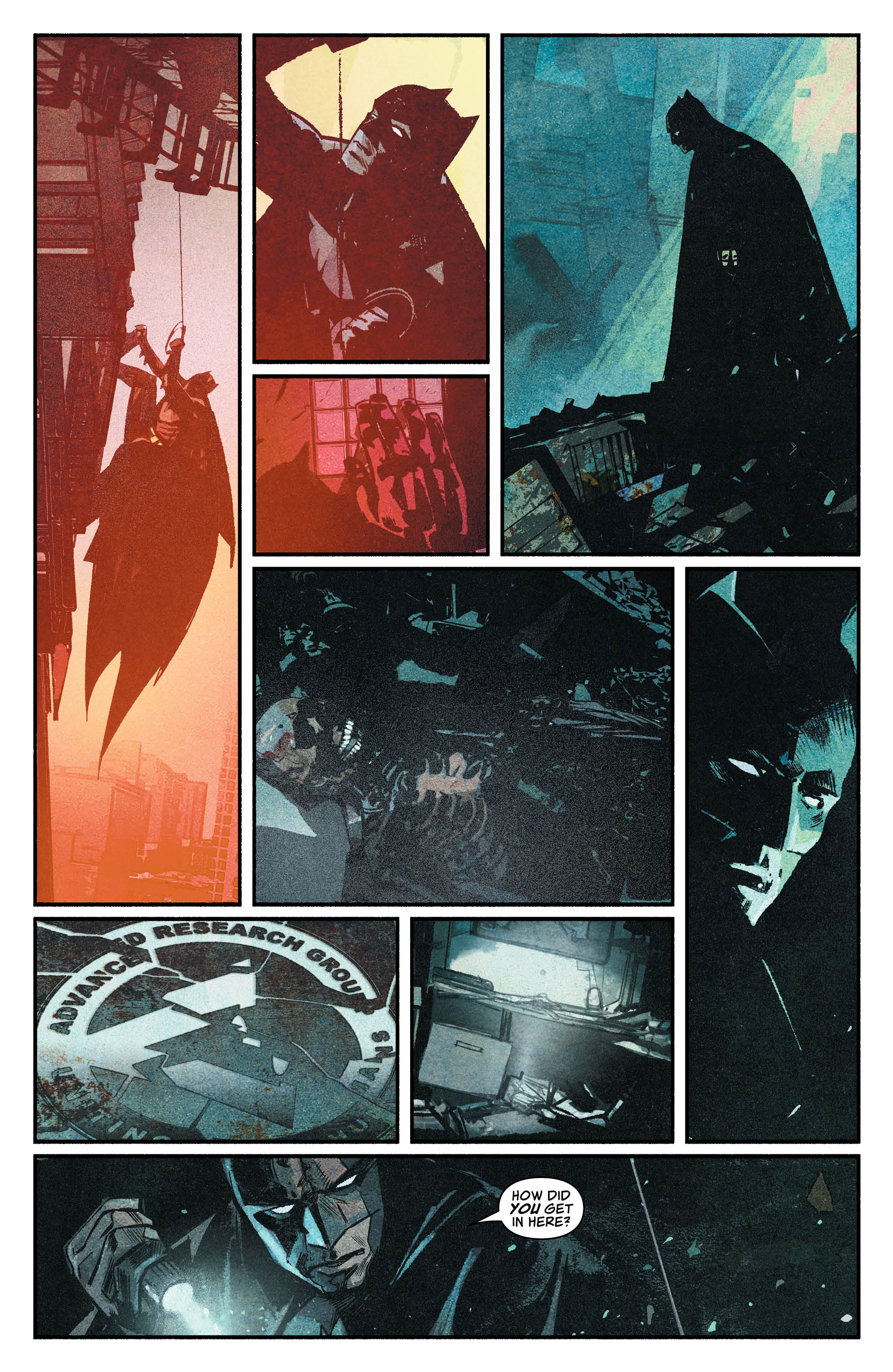 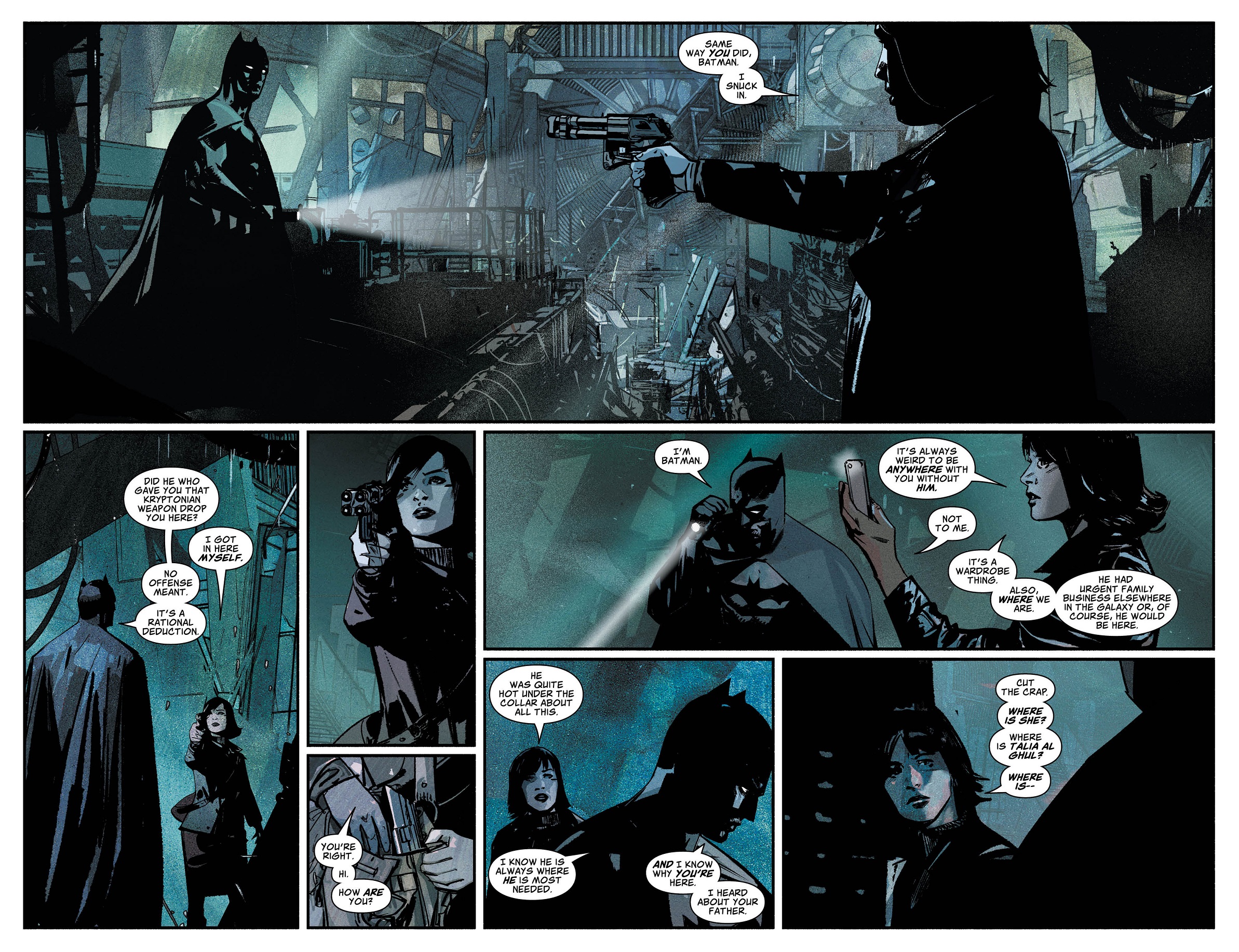 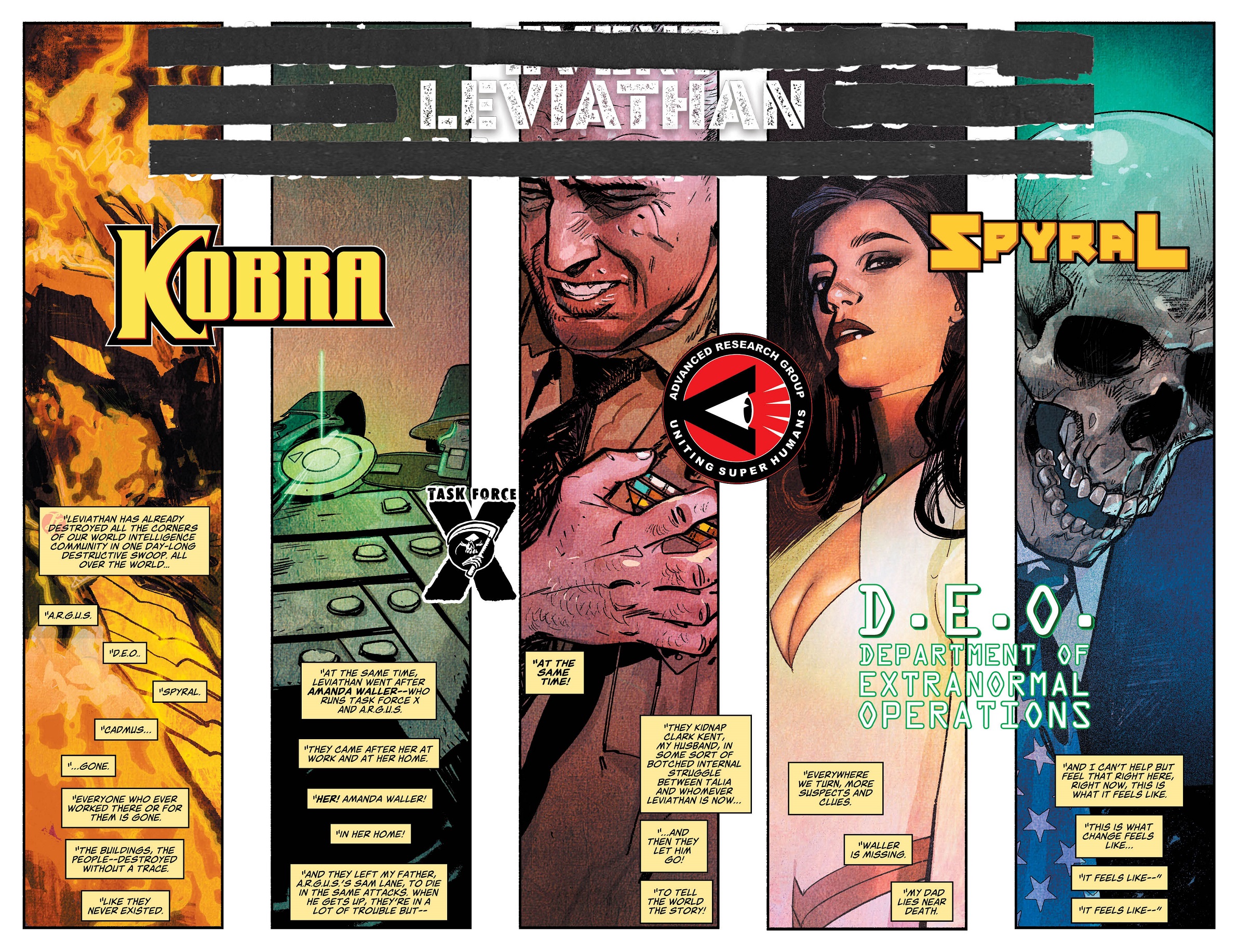 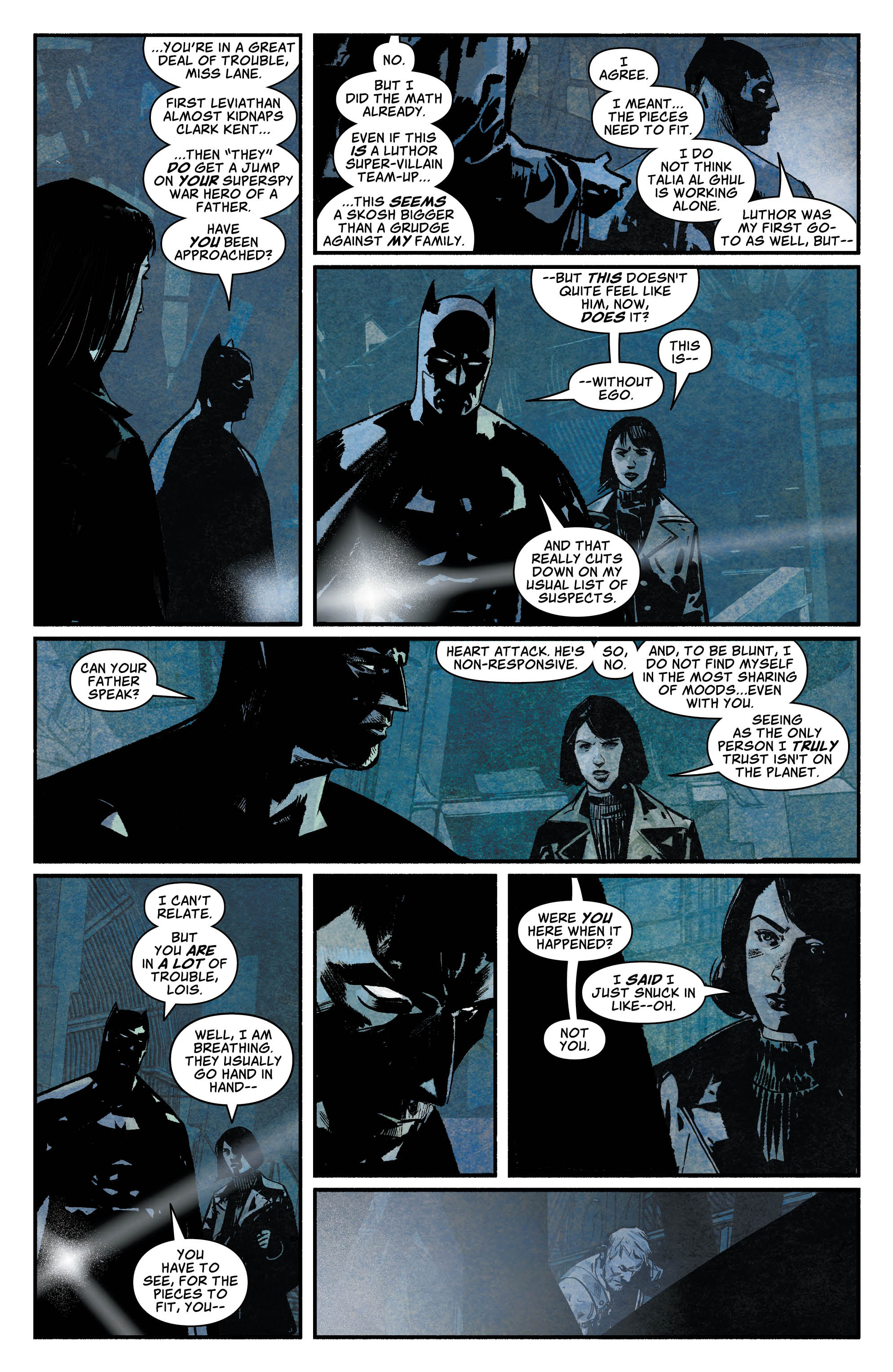 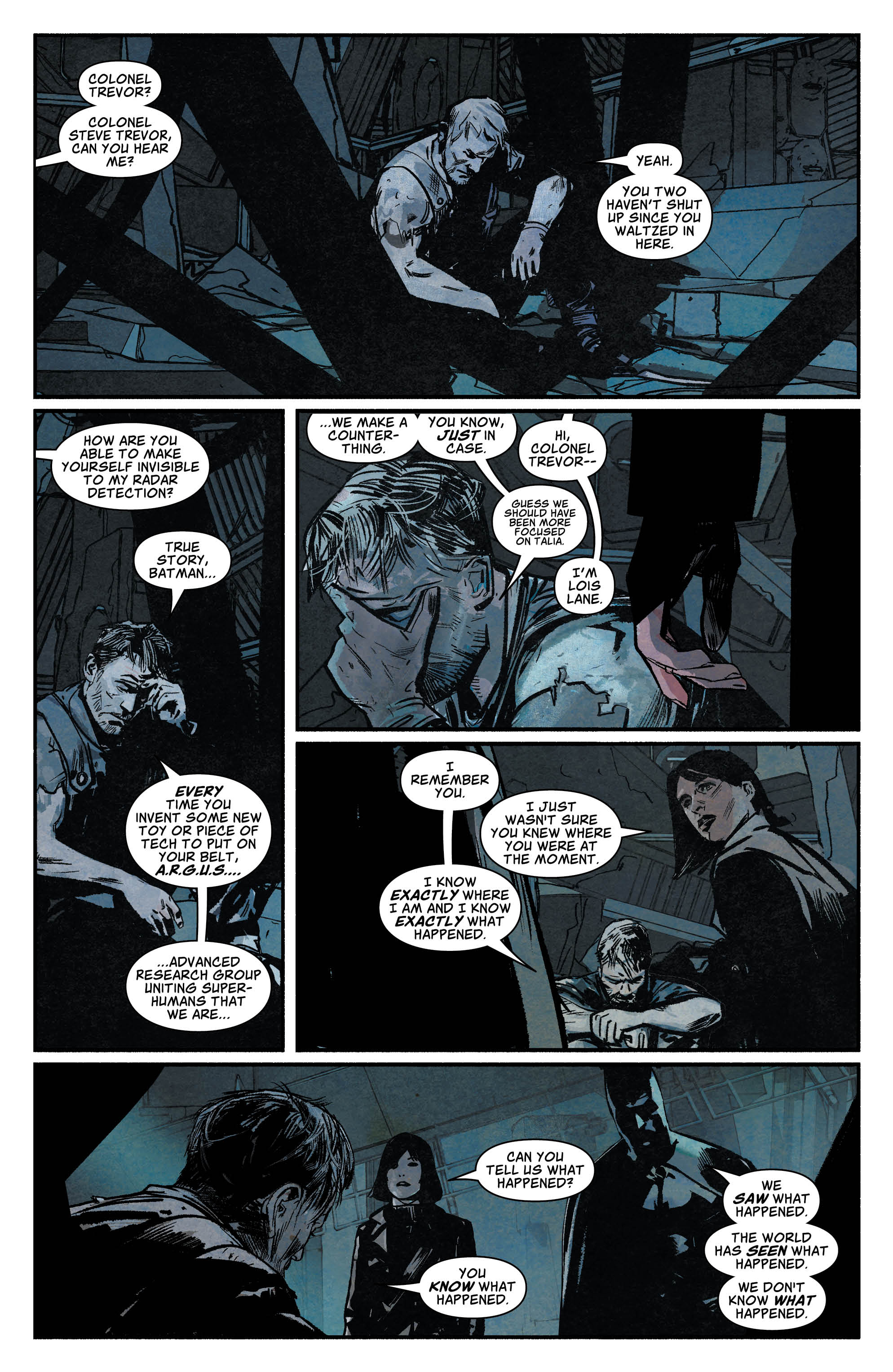 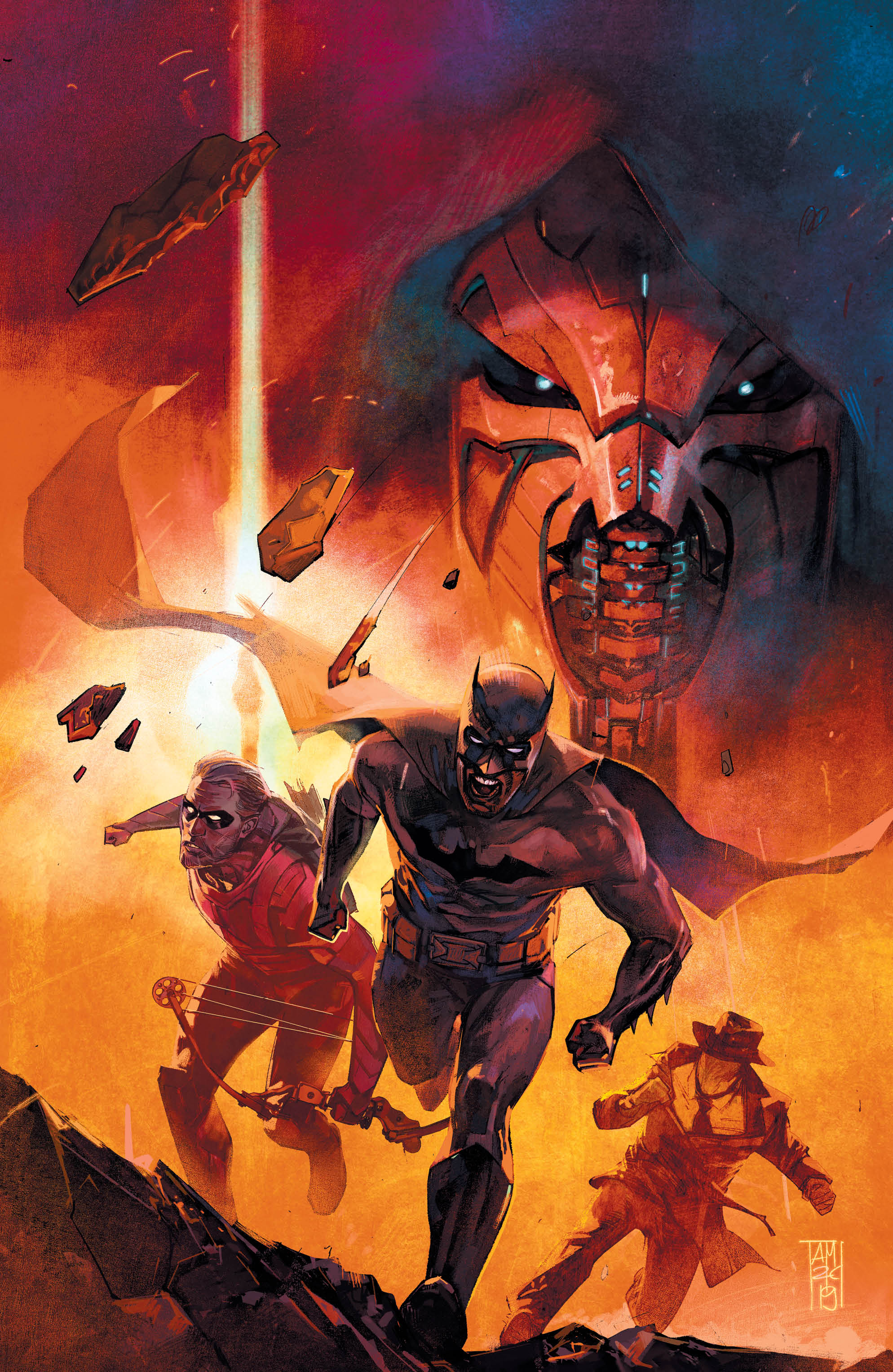 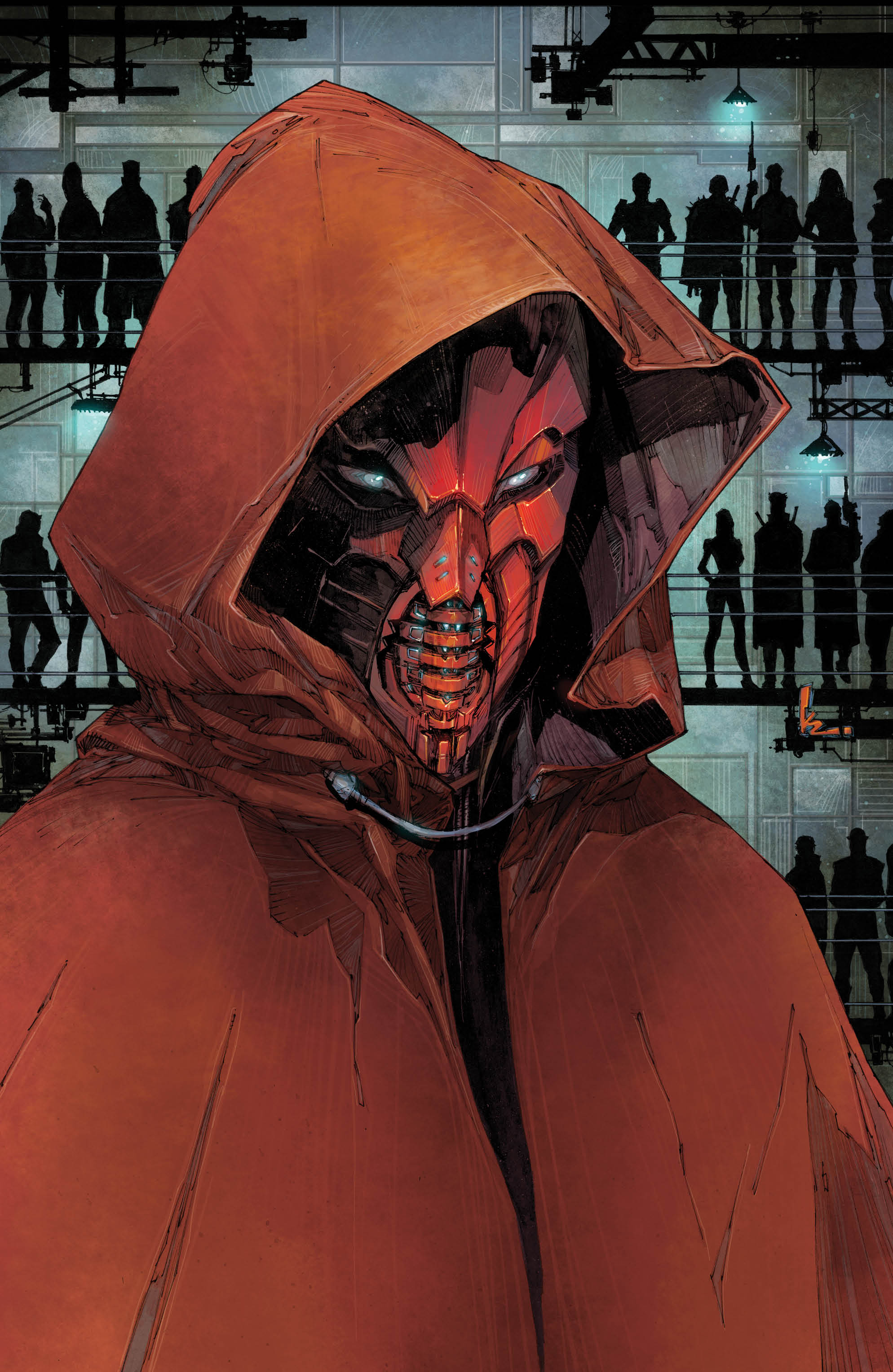 Noir is the Name of the Game

Alex Maleev, a long time Bendis collaborator, has the art responsibilities for Event Leviathan. It’s obvious that these two men have worked together in the past, as the art and storytelling work so well together in this issue. Maleev’s art leans into the Noir tone of this title, especially with his coloring, which is dark and brooding throughout the majority of the issue. There are a few panels, however, where the coloring does become a distraction. The color pallet is so dark that it’s really difficult to understand what’s happening at times. Nevertheless, the pros outweigh the cons, as Event Leviathan #1 contains absolutely beautiful artwork.

Despite a few quirks, Event Leviathan #1 is a solid start to what should be a fun summer event. In many ways the tale occupies a unique space in DC’s recent events. The story’s scale is larger than something like Heroes in Crisis but smaller than the multiversal madness of Metal. Bendis has carved out a unique space within the DCU in both style and substance.

Overall, this issue was great; however, I do have a cautionary note. If you are interested in jumping into this event, make sure you do some homework first, and read Bendis’ Action Comics run. It also wouldn’t hurt to read the Year of the Villain one-shot. Otherwise, you’ll most likely be lost.

Final Verdict: do your homework, and then give it a read.

The Phantasm Teased for Debut in Batman/Catwoman