One of the alternate covers for DCeased #4 will show off the Joker in all his zombie glory. 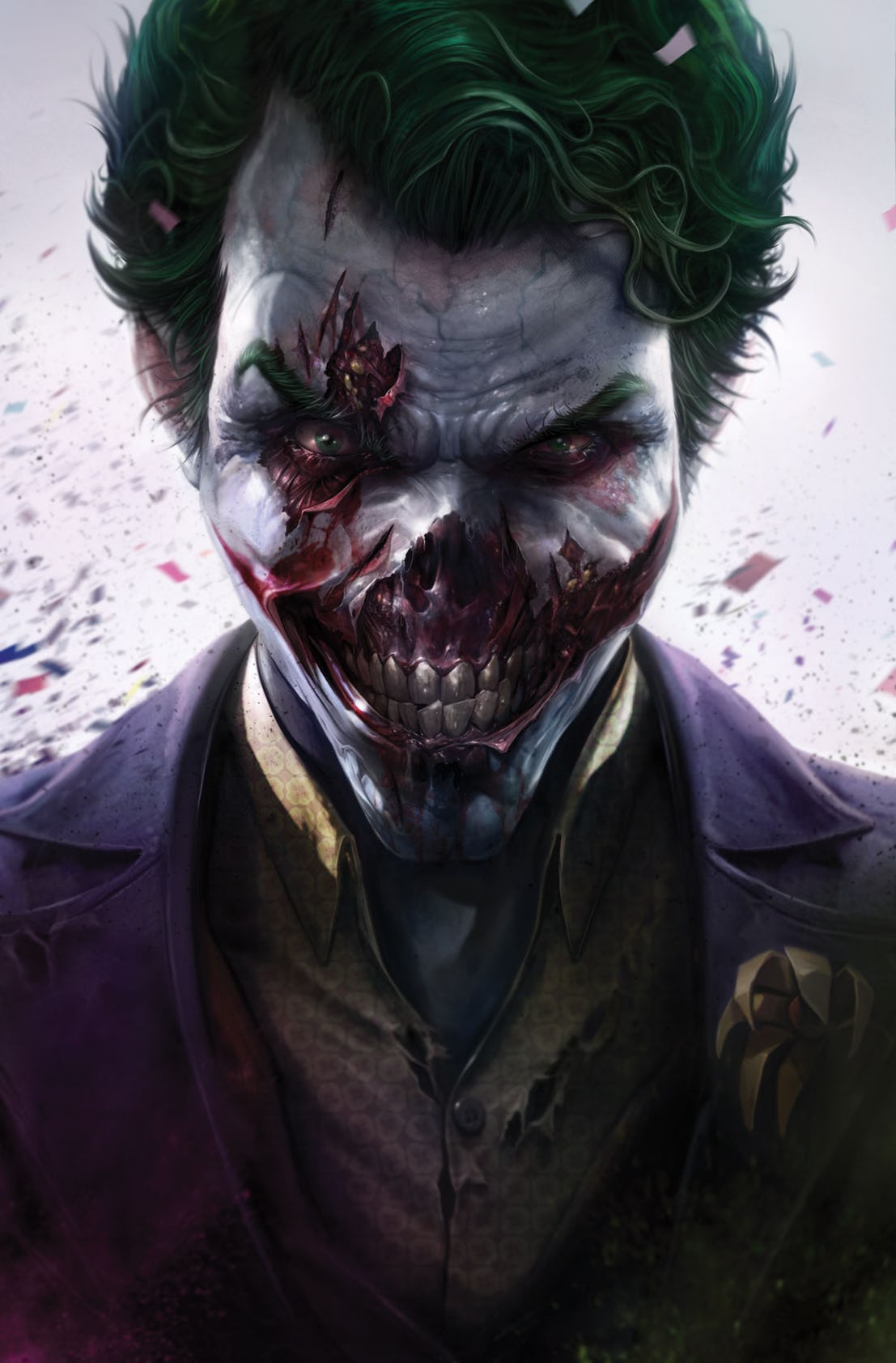 Darth Vader cover artist Francesco Mattina created this horrifying masterpiece which showcases the clown prince of crime as a full-on zombie. The Joker is not only missing a nose, but also his entire top lip. Perhaps he was too busy consuming the flesh of his victims to worry about good facial maintenance?

The Secret Story of the Variants?

One wonders if these DCeased variants are connected to tell a mini-story. If you think about it, the Joker has been featured multiple times in the series’ variants. Initially, the Joker is tempting Jason Todd’s Robin in an homage to IT. In another cover, the Joker then gets beaten down by a zombified Red Hood and presumably turned. And now we get to see the Joker as a full-on zombie himself. It is as if there is a narrative of the Joker’s life as a zombie.