“The Fall and the Fallen” – Part One 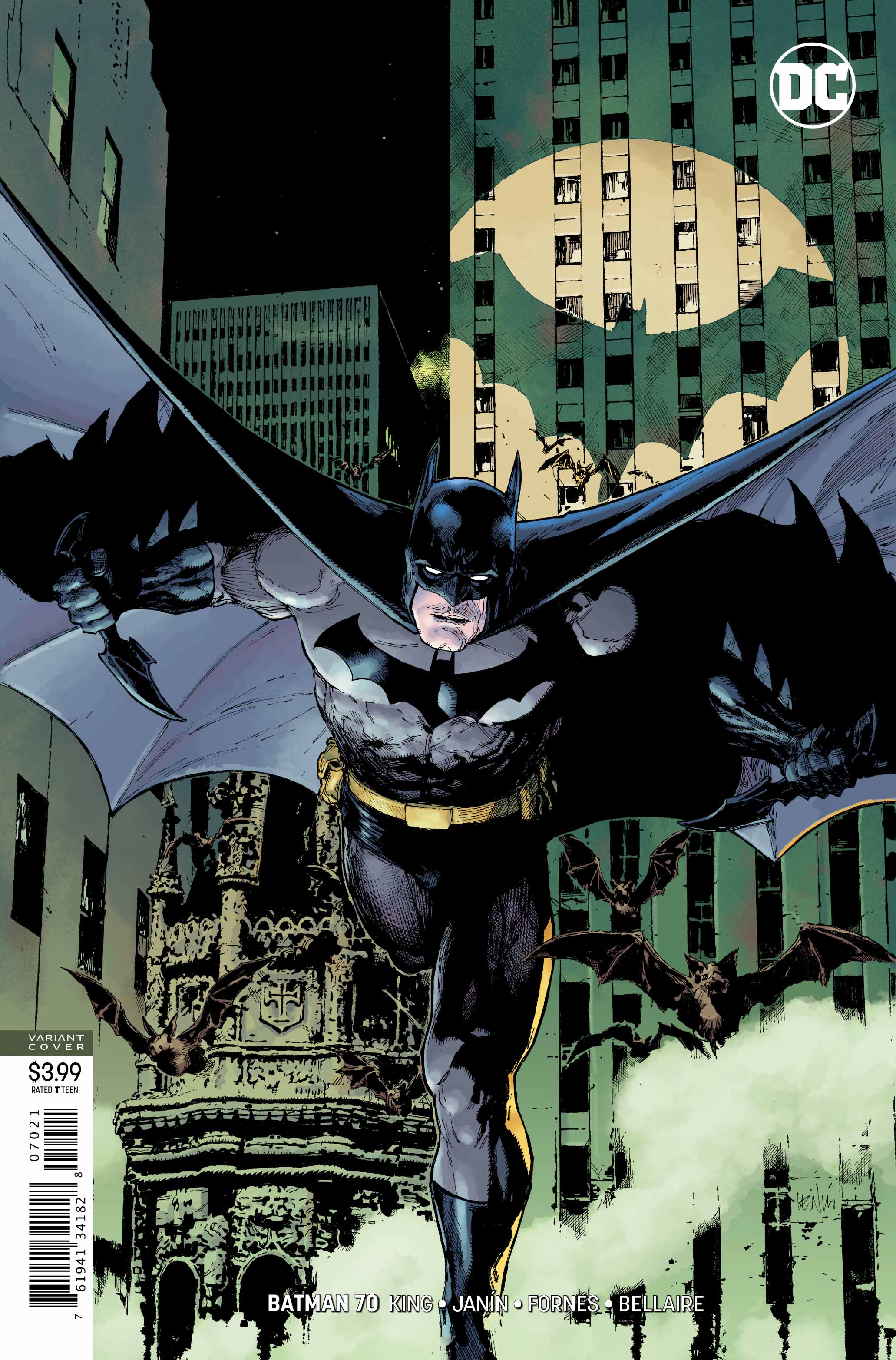 After multiple issues made up of different dream sequences, Batman finally breaks free and goes on a super villain rampage in a narratively uneven comic.

This issue is a breath of fresh air after a long string of esoteric dream stories. It’s a straight-forward punch-em-up. Batman escapes and beats on his rogues gallery. That is literally the whole plot. On the one hand, it’s satisfying to see Batman getting a cathartic release, by whaling on the Riddler and company. The action is refreshing to see, because it doesn’t have any deeper meaning. There are no double entendres or symbolism that needs to be analyzed. Batman is mad and needs to punch someone in the face. That’s it.

However, on the other hand the whole issue being one extended action scene has its disadvantages. The plot is simple. In fact, it seems too simple. There’s no real progression in the overall Bane conspiracy narrative, other than Batman being super-mad at Bane. When taken in the context of the proceeding issues, this is poor pacing. When counting the Knightmare story arc, there are eight issues where barely anything happens. It’s decompression taken to the extreme. 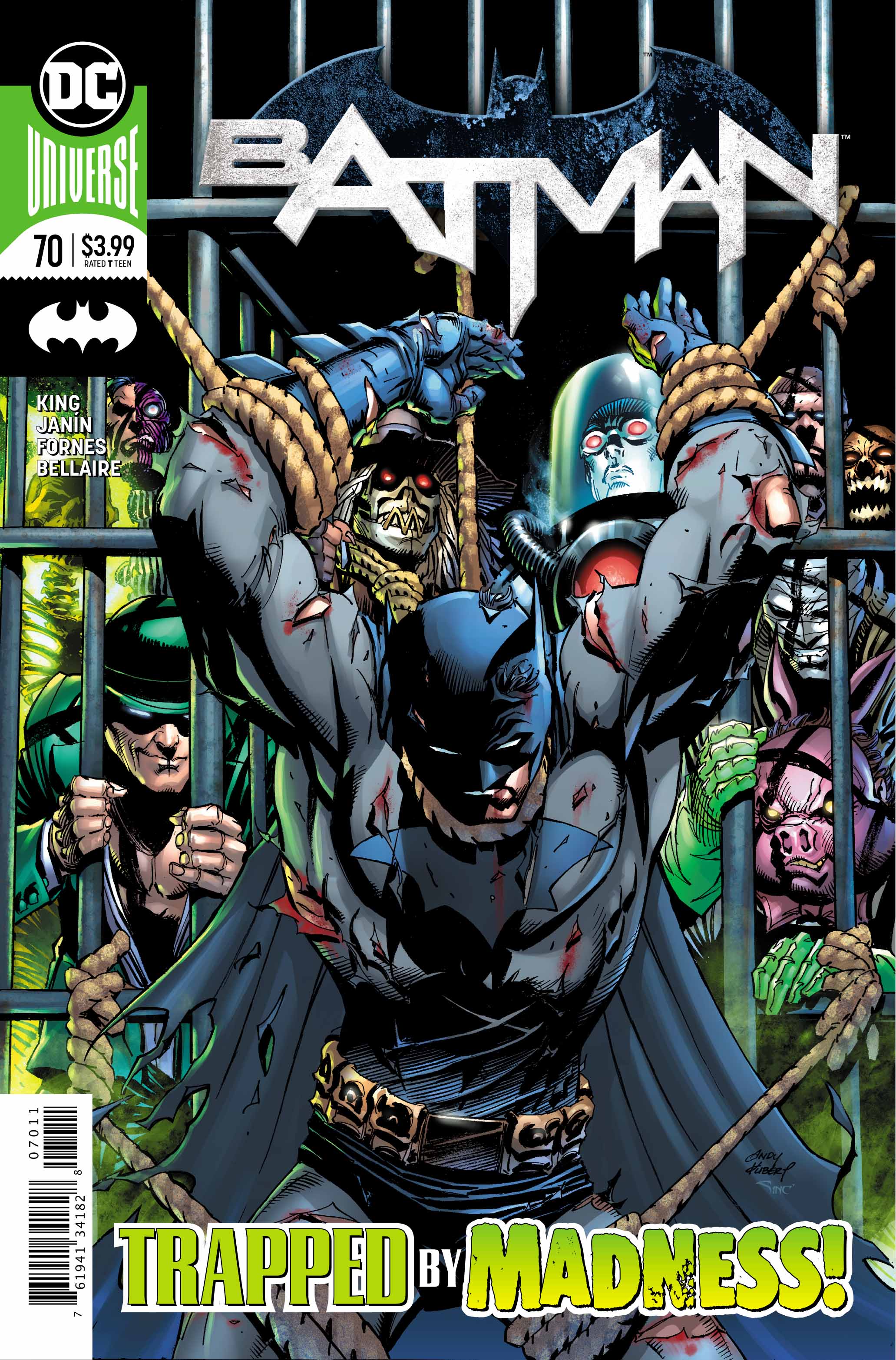 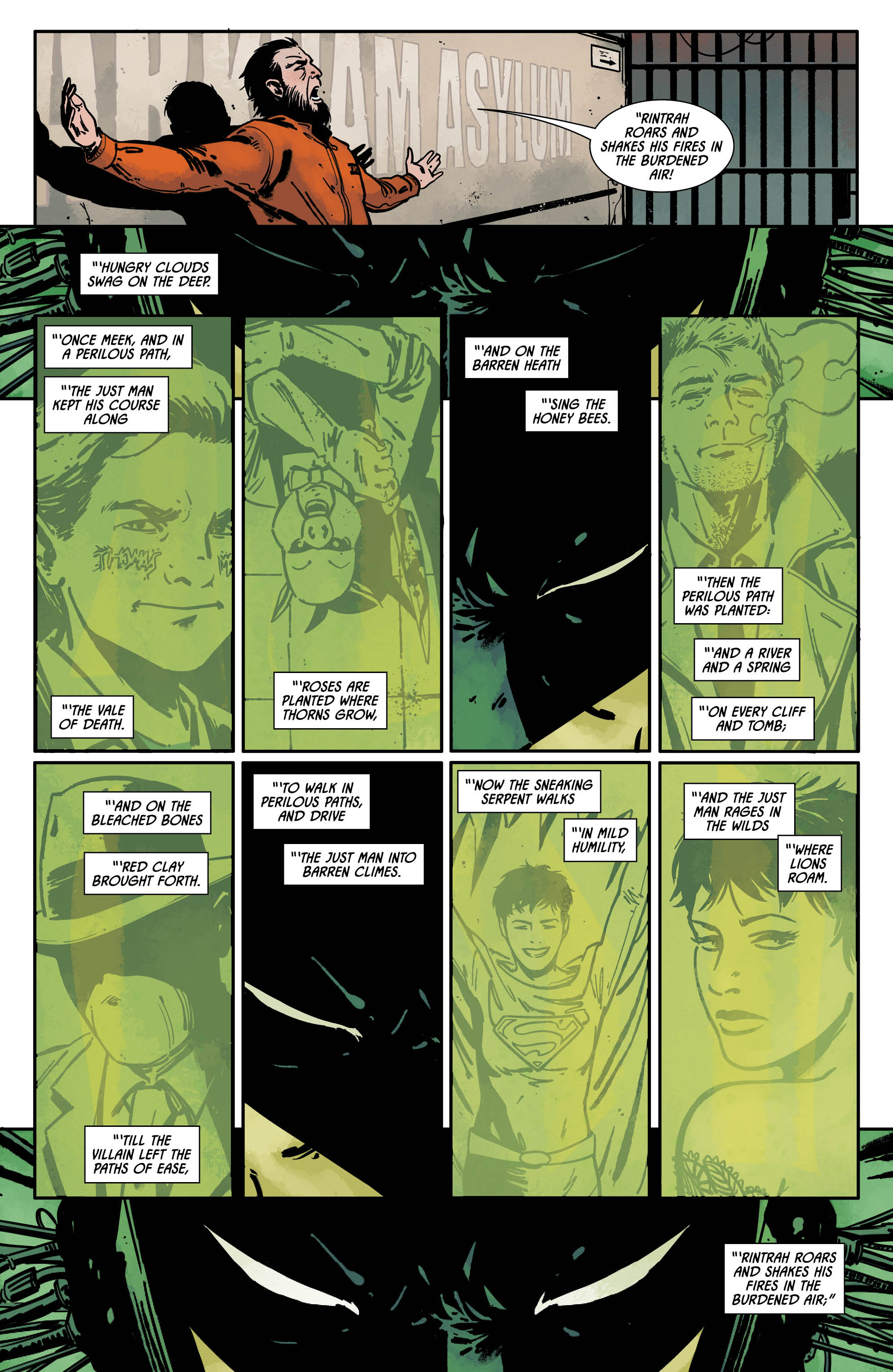 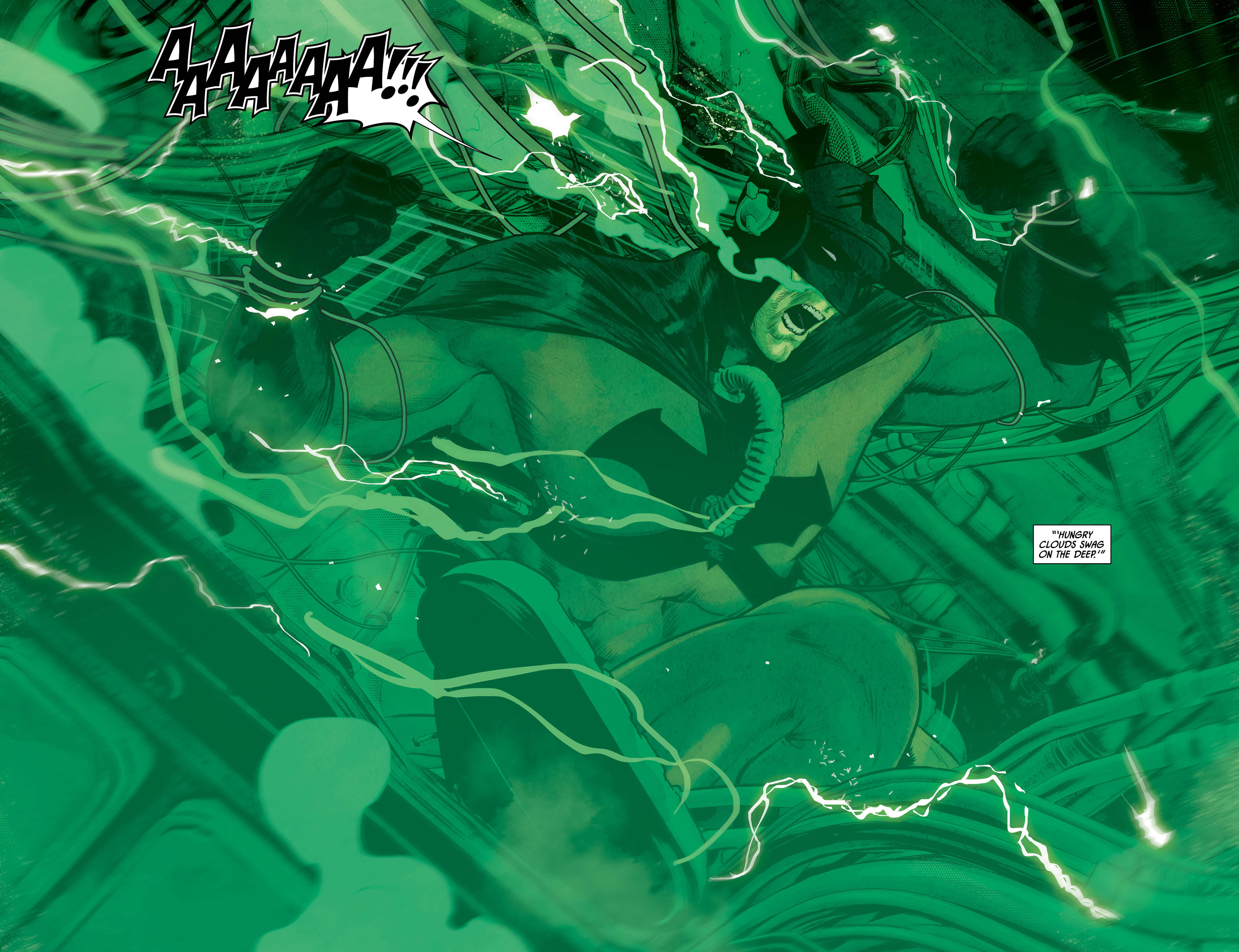 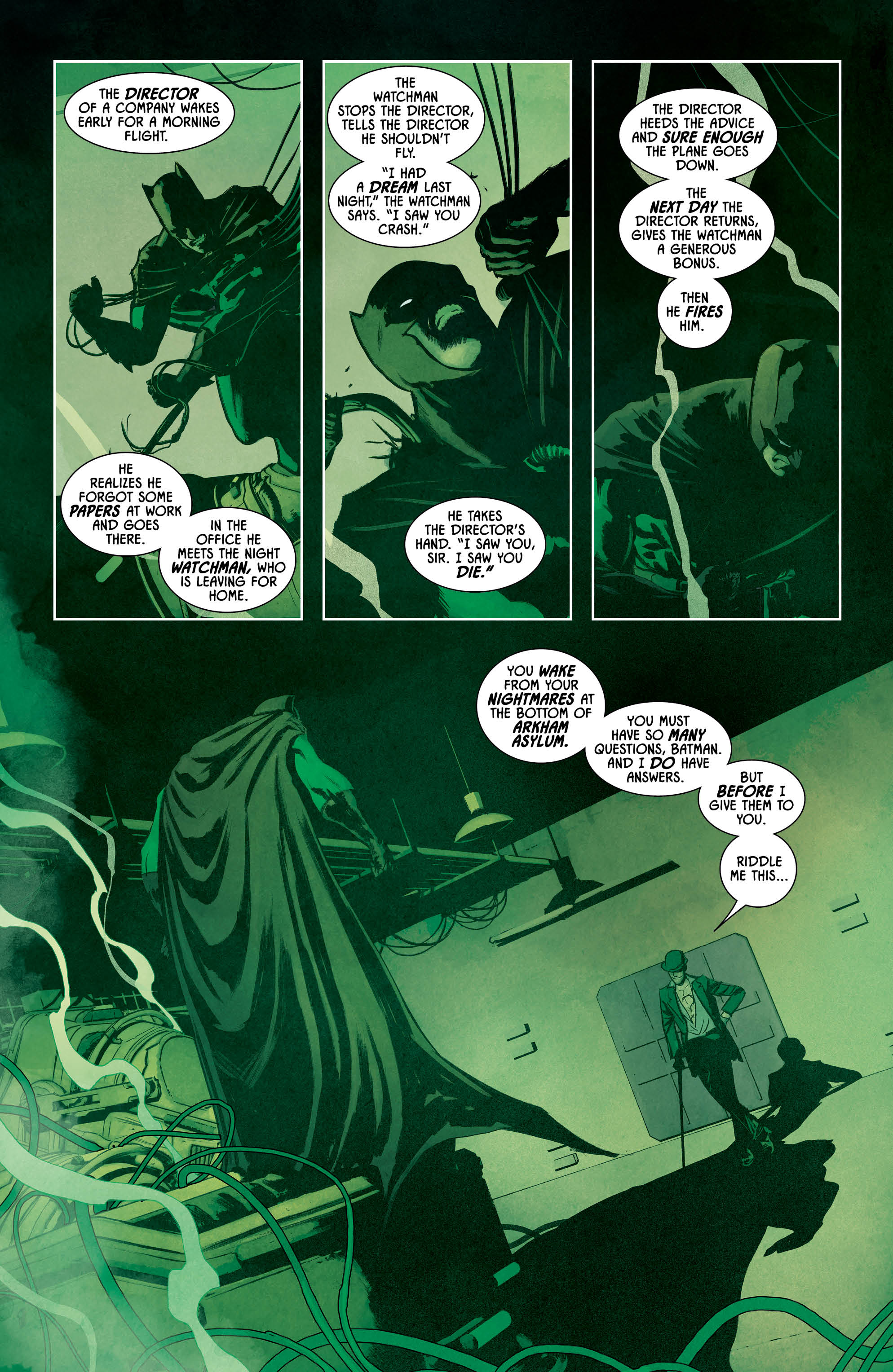 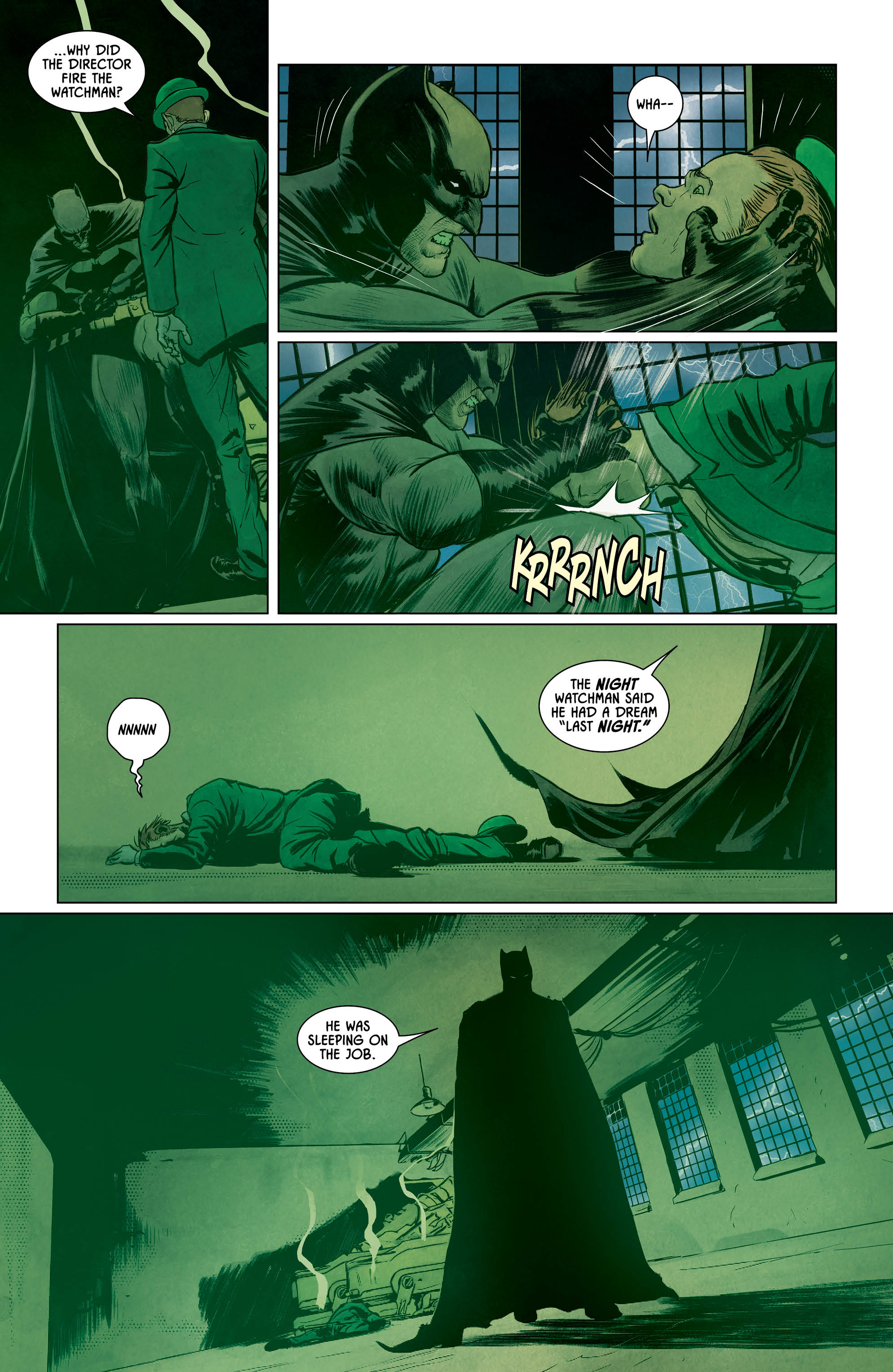 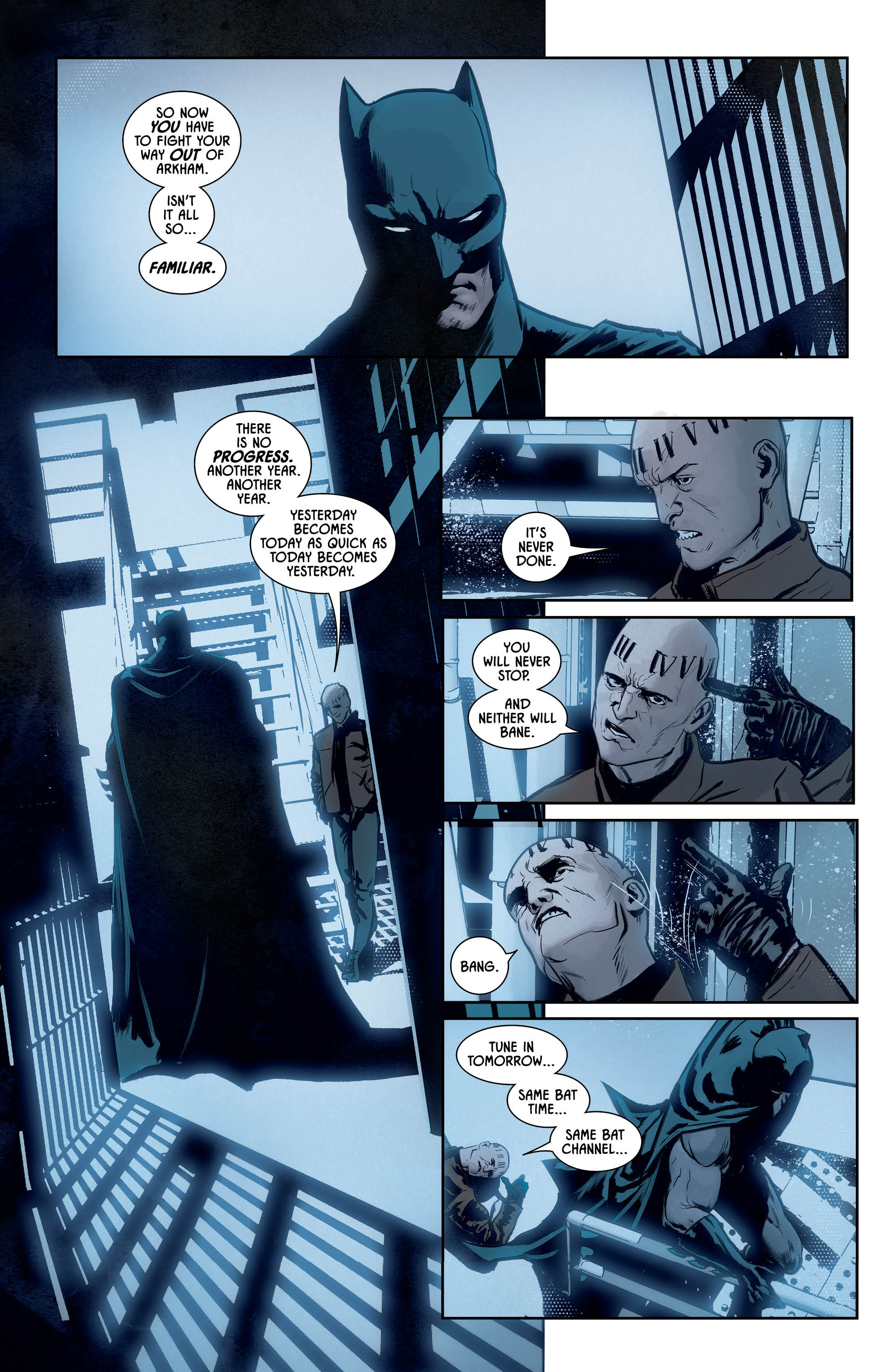 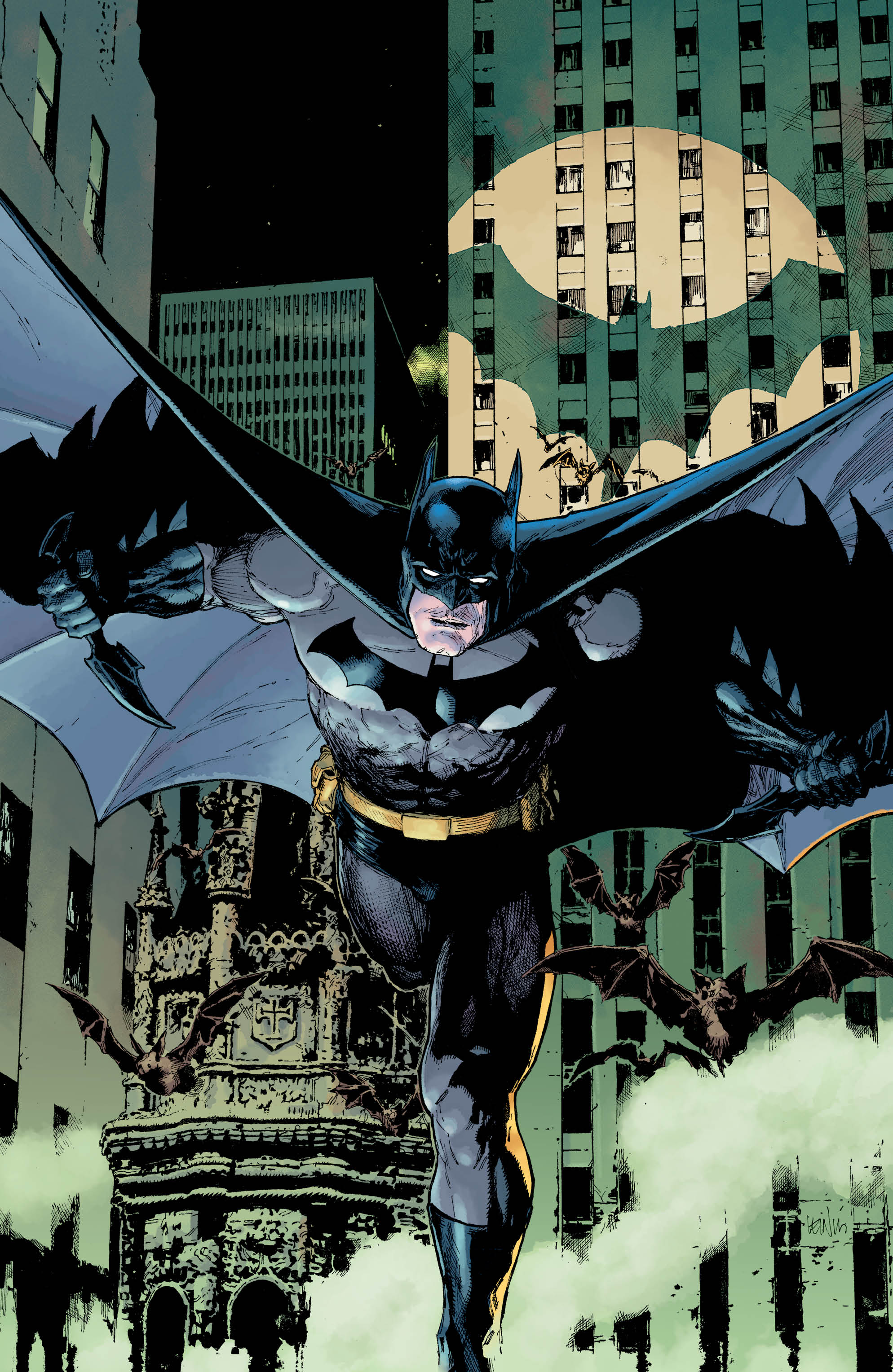 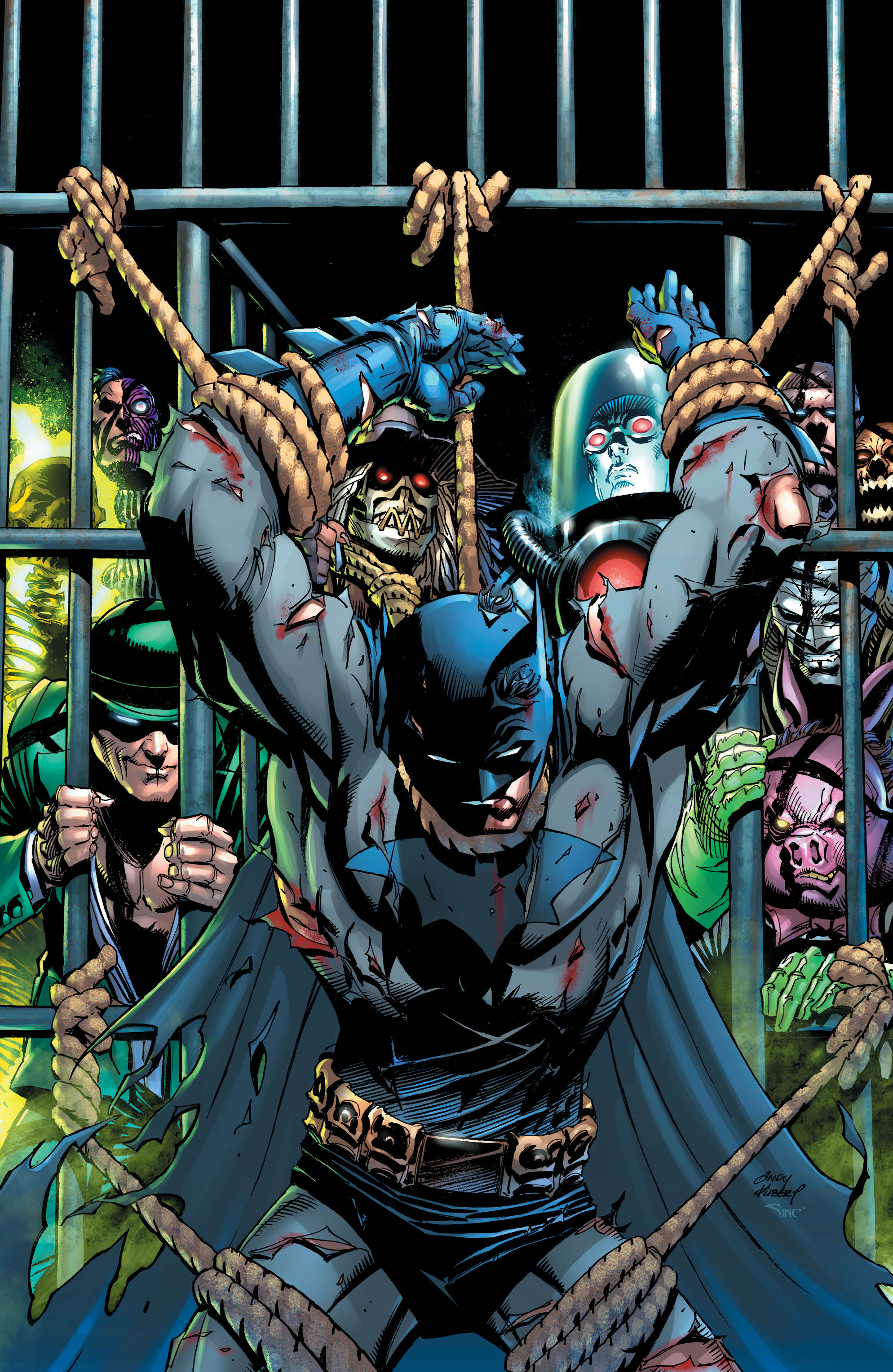 Another frustrating aspect is seeing Batman beat on the villains with ease. We know he’s going to win, because he is the hero, but writer Tom King depicts him knocking out his villains as if they were made of paper. There’s no drama. Batman never even got close to losing any of the fights. There are a few times when we never even see the battles, but just the outcomes.

Admittedly, King frames some of the action with a comedic tone, yielding amusing results. Like, it was hilarious to see Calendar Man trash talk Batman and then the scene cuts to him on the floor. In other instances, however, it was annoying. For example, how the heck did Batman beat up Solomon Grundy and Amygdala at the same time? Readers will never know, because King purposefully cuts away from the action.

Fortunately, some of my frustrations are blunted thanks to the artistic talents of Mikel Janin and Jorge Fornes. Janin’s art seems a little more lively here than his typical fare. It may be due to the action, but his characters look less “uncanny valley” and more natural-looking. It seems that he adapted a slightly looser art style, which allows for more dynamic imagery and body language. Fornes is also an awesome artistic talent, but for different reasons. His style is more gritty and traditional. While he and Janin are not a perfect match, they’re close enough for the art shift to not feel too abrupt.

This issue is fun, but uneven roller coaster ride. It is an all-out action piece that is made mostly enjoyable due to some of King’s writing quirks and Janin and Fornes’ fantastic art.