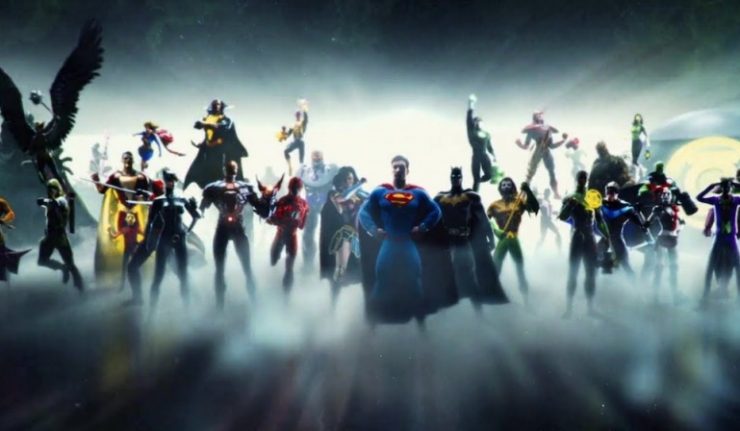 Warner Bros. has historically been a director friendly studio. By this I mean that directors were allowed to create a film that fit their vision. Some examples are Christopher Nolan’s The Dark Knight Trilogy or Zack Snyder’s 300 and Watchmen.

That’s why when Warner Bros. went the more Marvel Studios route of being more producer driven for DC Films, it was an odd decision. Instead of director driven films, everything had to fit into the mould and the track that Zack Snyder wanted it on. Not that there’s anything wrong with what Marvel Studios is doing, since they’ve had over 10 years of great success using their formula, but it just isn’t in the DNA of Warner Bros.

With the perceived failures of films like Batman v Superman and Justice League and the successes of Wonder Woman and Aquaman, it seems like WB is getting back to their bread and butter of director driven, standalone films. They will also be relying less on tent-pole heroes Superman and Batman.

In an interview with the LA Times, WB Entertainment CEO Kevin Tsujihara had this to say about DC’s new strategy going forward,

The upcoming slate with Shazam!, Joker, Wonder Woman 1984 and Birds of Prey, feels like we’re on the right track. We have the right people in the right jobs working on it. The universe isn’t as connected as we thought it was going to be five years ago. You’re seeing much more focus on individual experiences around individual characters. That’s not to say we won’t at some point come back to that notion of a more connected universe. But it feels like that’s the right strategy for us right now.

I believe this is the absolute correct path for WB. Let directors who have passions for these characters create the films they want with them. Let fans build a connection with these characters. Then, if it makes sense, do another team-up movie down the road.

Tsujihara continues on what caused this strategy of solo movies and not relying so much on Batman and Superman in the future,

What Patty Jenkins did on Wonder Woman illustrated to us what you could do with these characters that are not Batman and Superman. Obviously, we want to get those two in the right place, and we want strong movies around Batman and Superman. But Aquaman is a perfect example of what we can do. They’re each unique and the tone’s different in each movie.

The DC Universe has such a rich history of characters that aren’t just Batman and Superman, but ever since Superman: The Movie in 1978, there have been a combined 15 live-action films that featured one or both of the characters, right through to 2017’s Justice League. This is compared to 1 Green Lantern film, 1 Wonder Woman film, and 1 Aquaman film.

It’s great to see that WB is taking lessons from their recent success and are going to try and build on it.

Of course, Batman and Superman won’t be forgotten completely. Matt Reeves is still working on his solo Batman film, with the latest rumor being that it could feature 4 villains. We’re still waiting on Henry Cavill to get the solo Superman sequel he deserves.

What do you think of this recent strategy shift for WB? Were you hoping for a more Marvel-like shared cinematic universe? Or do you think this is the right choice? Personally, I think this will be great in making quality films. If another team-up makes sense in the future great, but let’s just make good films first.