“The Price of Innocence” 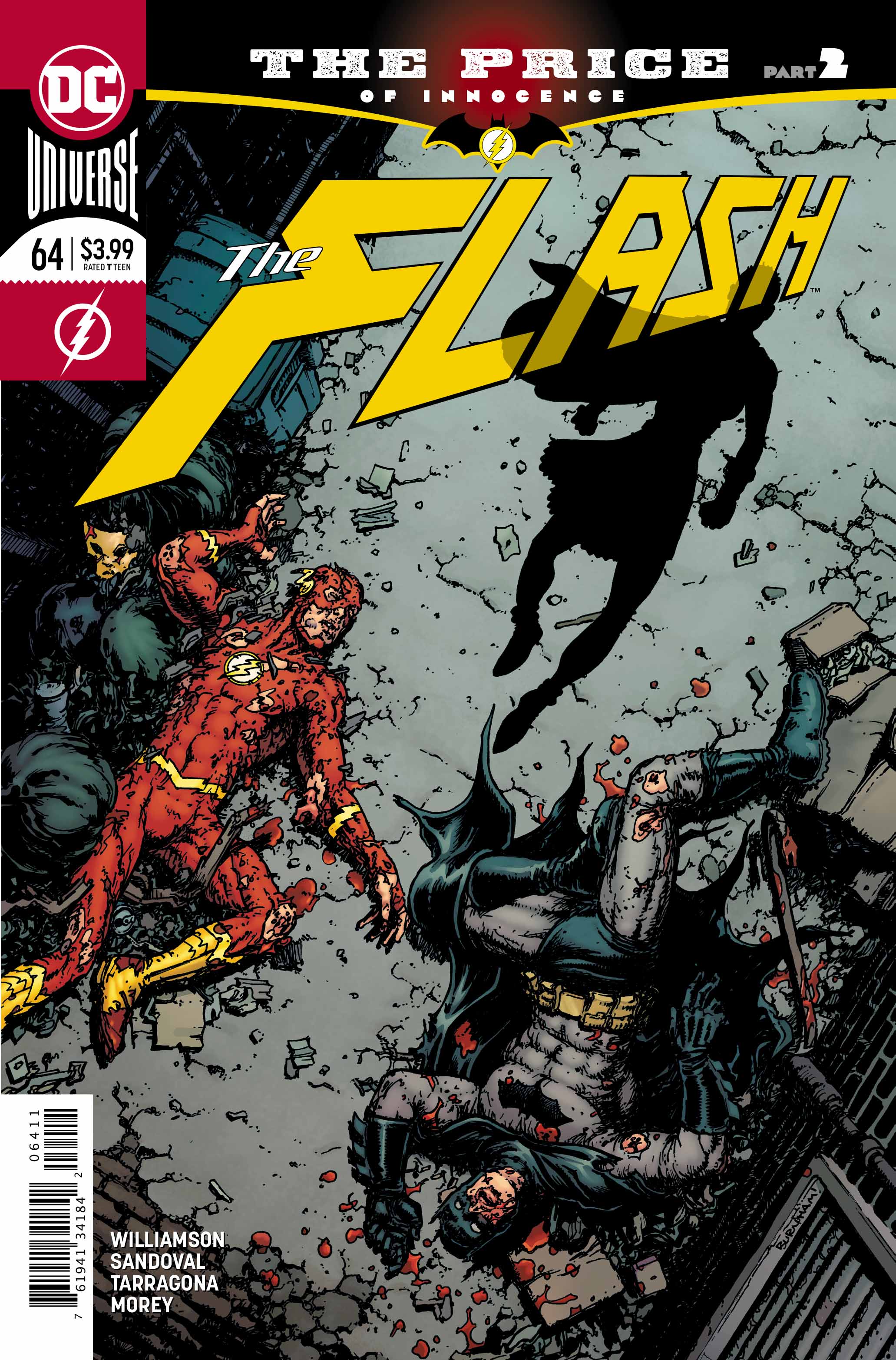 Writer Joshua Williamson continues the Flash and Batman crossover with the same level of excitement and intrigue we saw in part one.

Batman and Flash are on the trail of Gotham Girl. While Williamson has not revealed her master plan, he teases just enough to keep things interesting. There is a mysterious villain behind Gotham Girl, who is it? Williamson reaches back to ask, how did Gotham Girl even get created in the first place? Once again, it’s awesome that the writer mines unanswered storylines and spins them for his personal use. However, it is also a little frustrating that regular Batman writer Tom King has not picked up on the plot line.

This isn’t Williamson’s fault, though. One thing that he is responsible for, is Batman’s apparently abandonment of Gotham Girl. When she talks about Batman, she makes it sound like that he left her to deal with her own problems. It doesn’t totally jive with King’s story arc of her, which is unfortunate, as that is her main motivation. 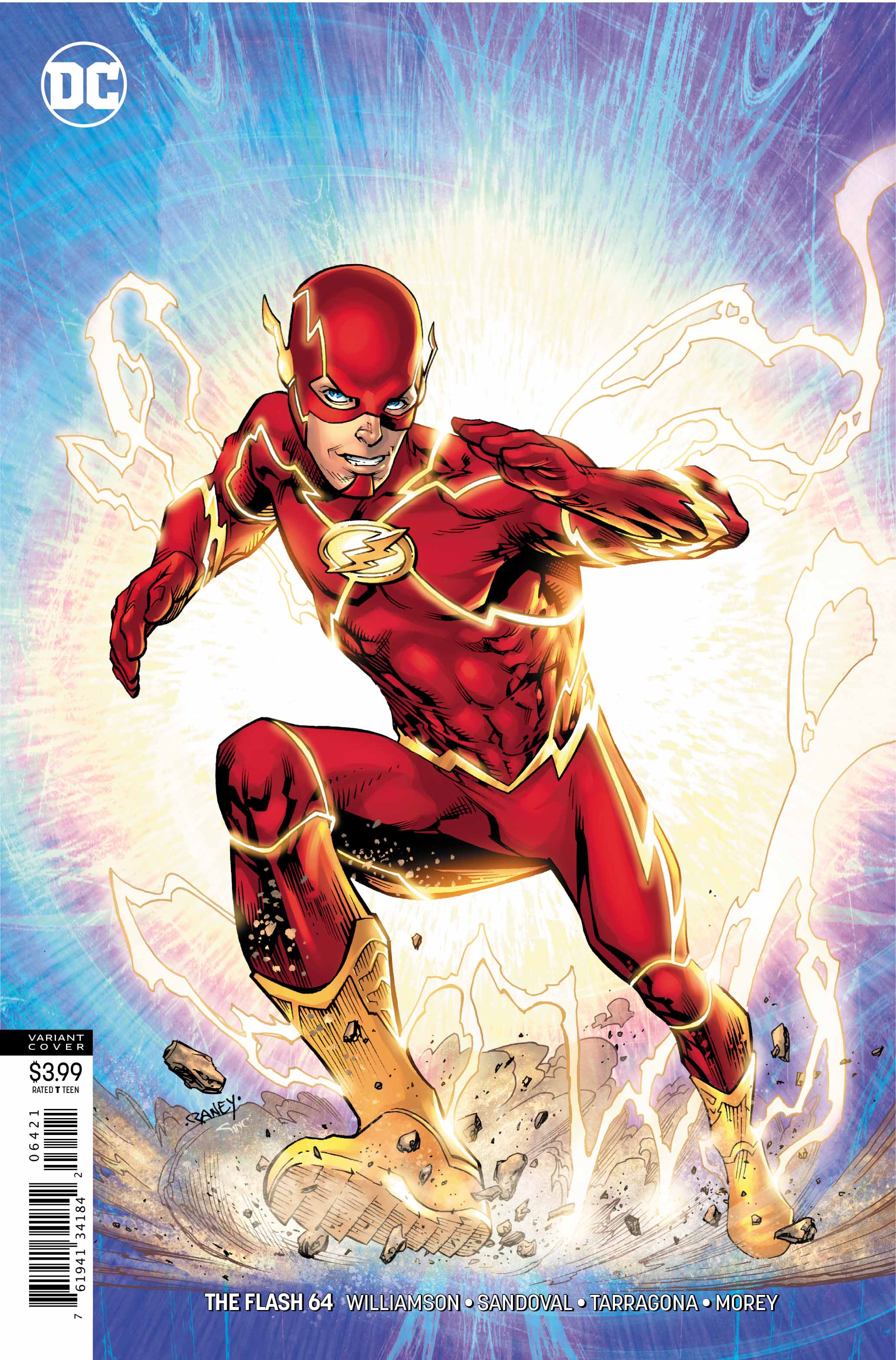 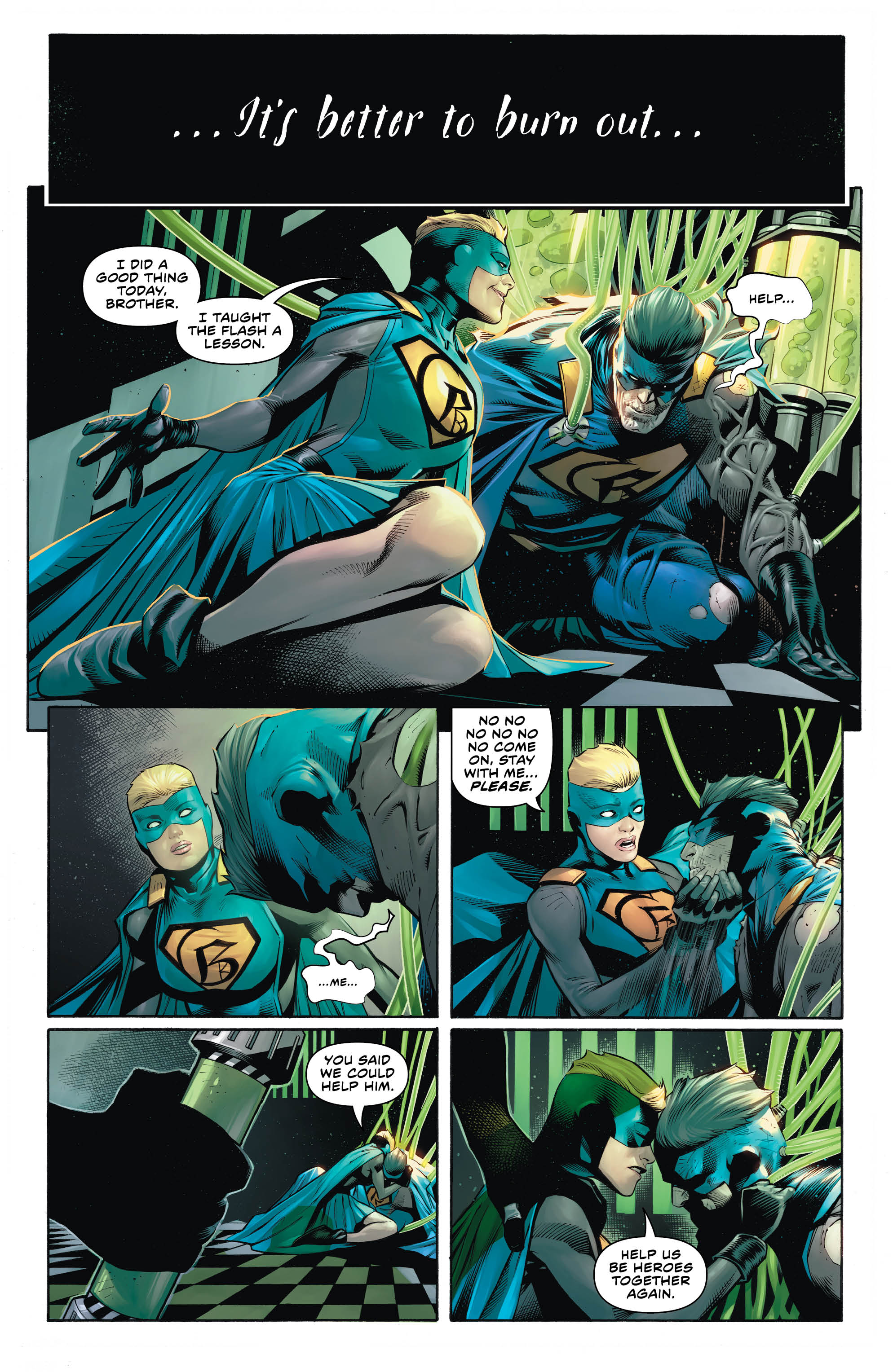 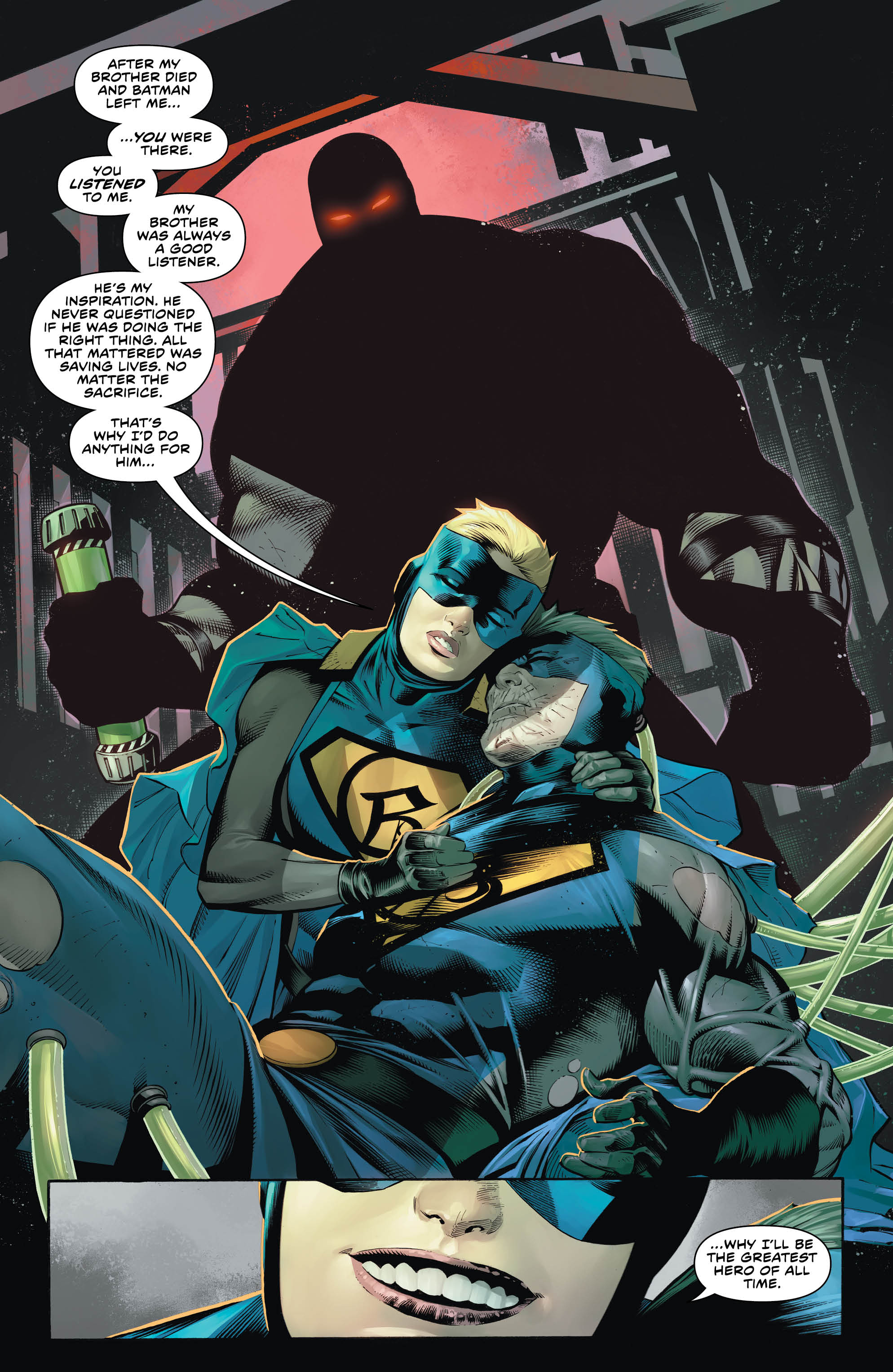 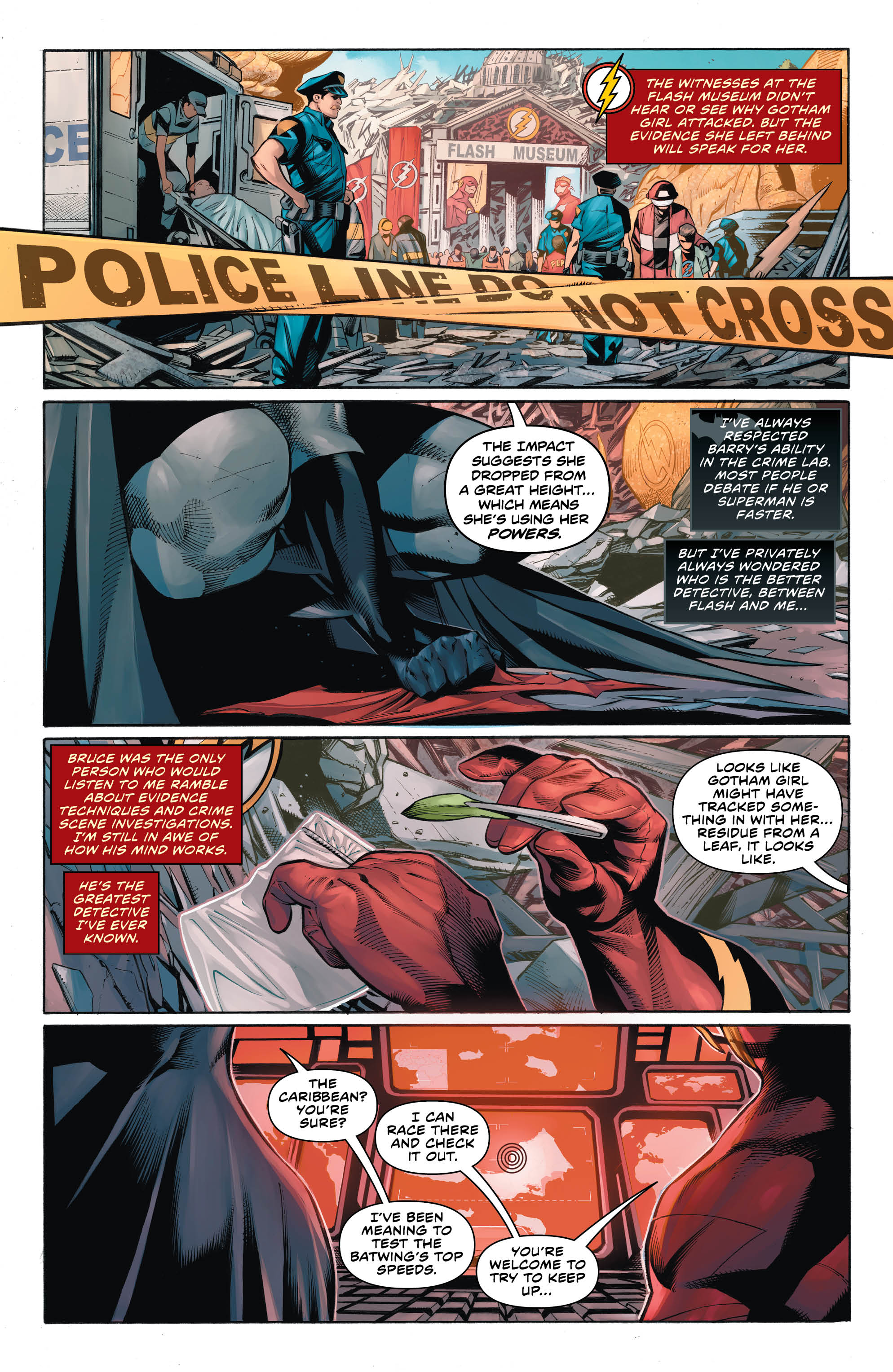 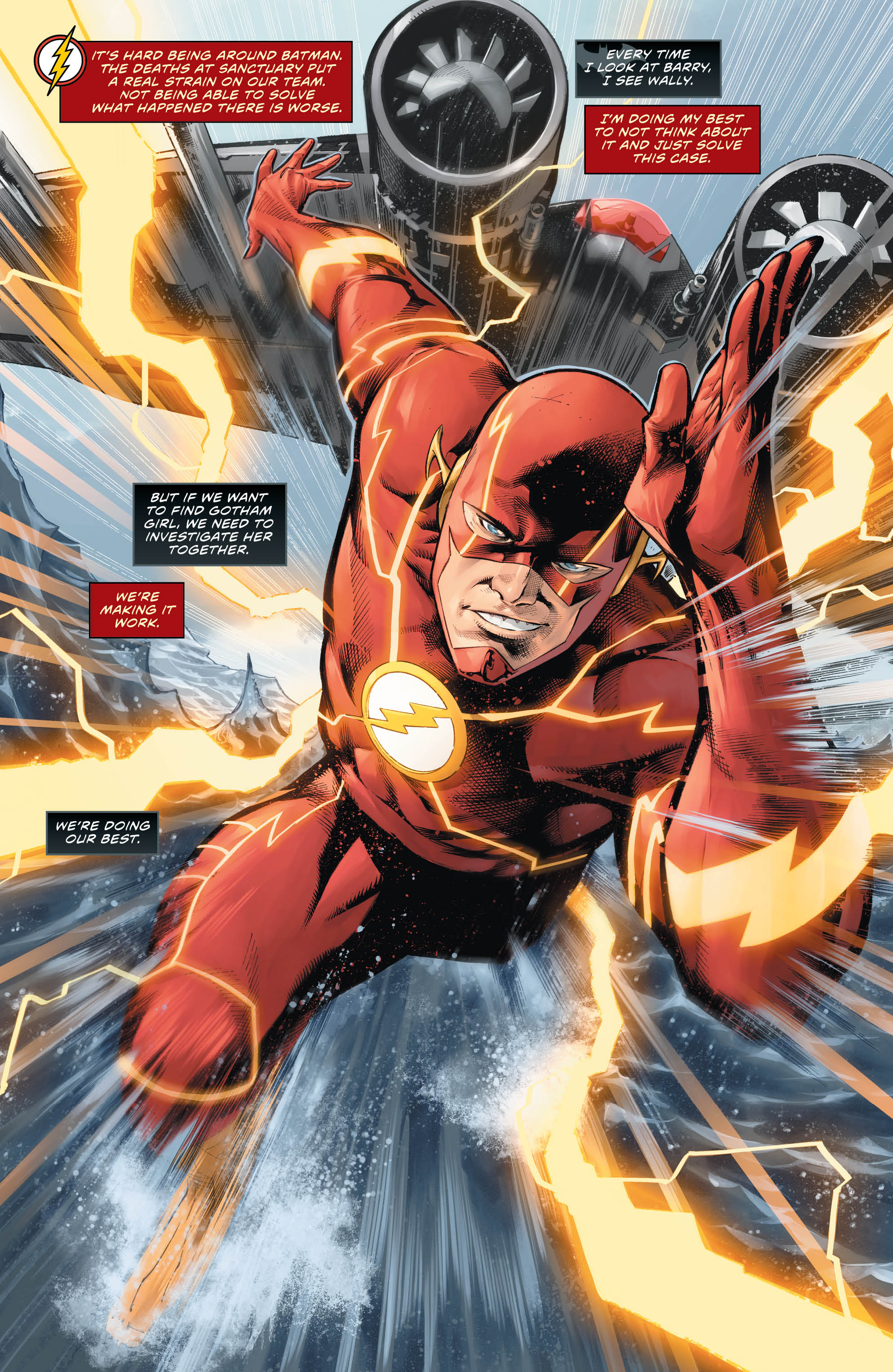 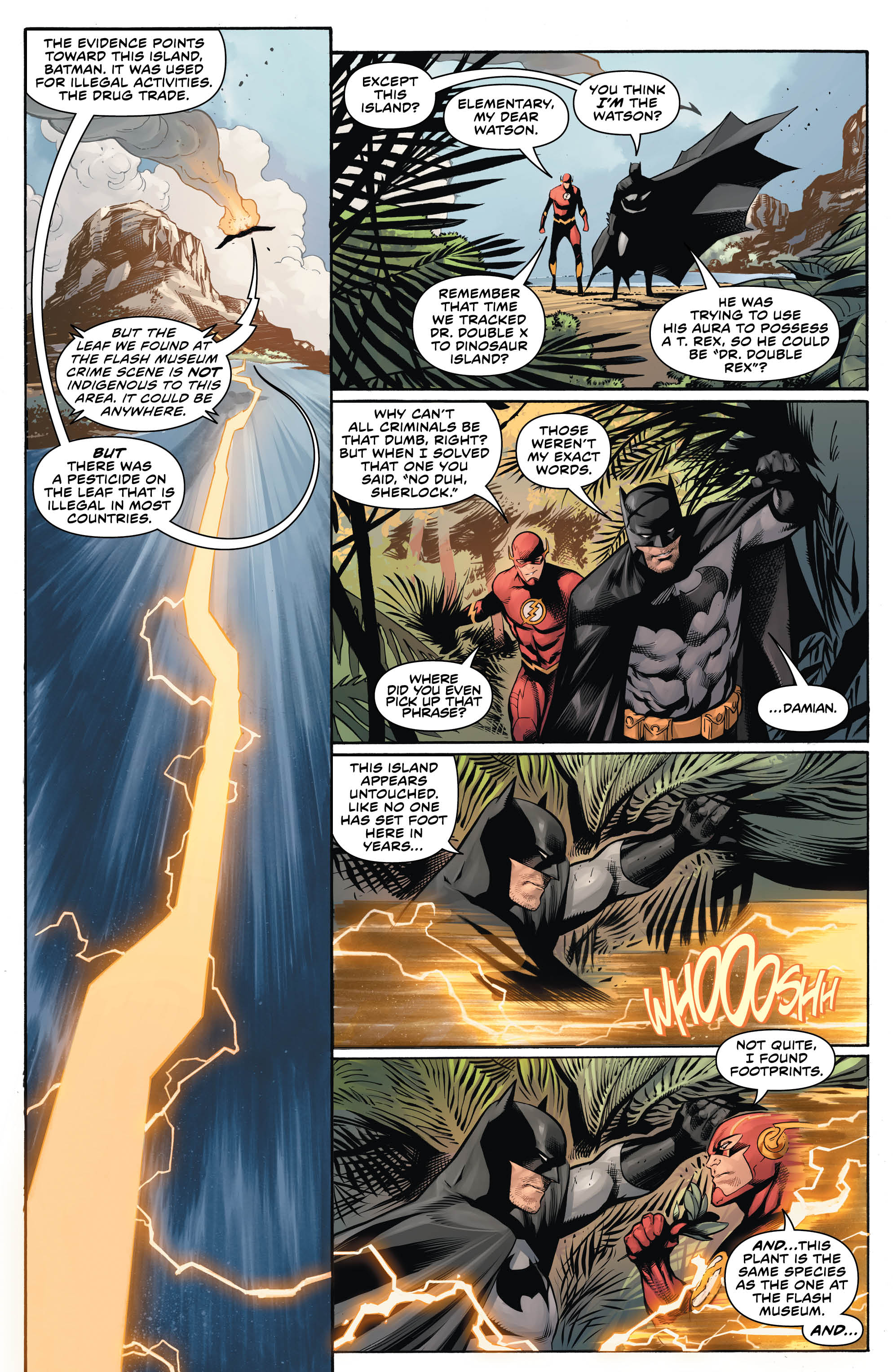 Williamson also throws a few interesting knots between Flash and Batman. It’s not a perfect friendship. Batman is still distrustful at times and does things behind peoples’ backs. Though, there is a point where Williamson may take Batman’s manipulative nature a little too far. It portrays him as a real big, scheming jerk.

Meanwhile, artist Rafa Sandoval’s lines are crisp and smooth. It does give a sense of vibrancy to the series. It looks great, if a little unremarkable.

If there is one downside to this issue, it is that it ends so abruptly.  Batman and Flash are in a bind by the end and Gotham Girl decides to fly….somewhere? It is not clear what she is going to do, or why readers should fear it. It probably could have benefited from an extra page.

Williamson is doing a fantastic job pushing multiple threads in this Flash-Batman crossover story. It feels important and relevant to both titles. The latest issue delivers on all fronts in regards to drama, action, and intrigue, with only some minor flaws.