“The Price of Justice” 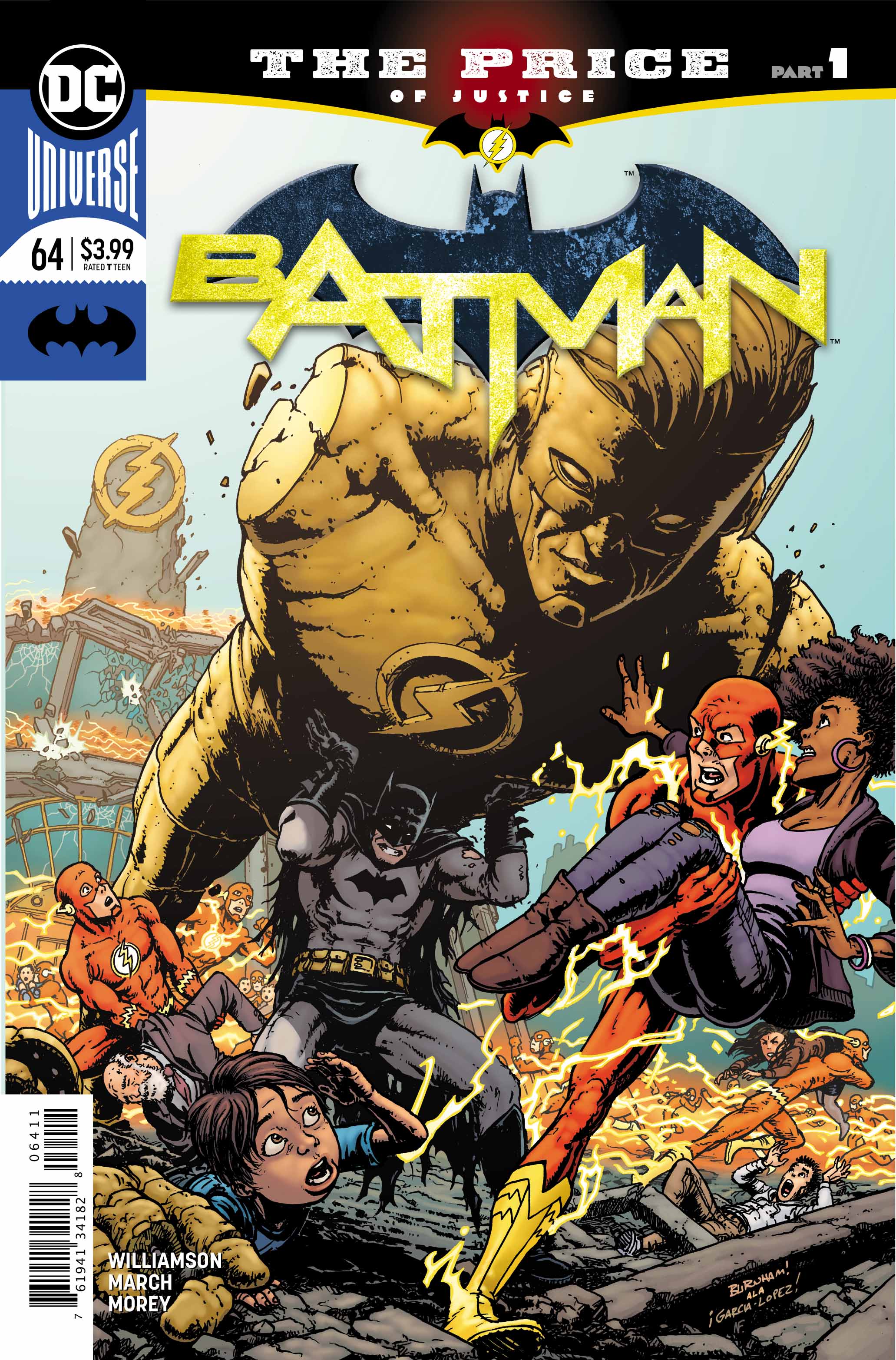 Flash writer Joshua Williamson fills in on Batman with a crossover that teases exciting plots and sees old characters returning.

Typically when a fill-in writer comes in, the momentum of the comic grinds to a halt, and, truthfully, it does kill the momentum a little. It does feel weird to have a crossover tale in the middle of the current, unresolved “Knightmares” storyline.

Fortunately, Williamson does a great job easing readers into the interruption. He picks up where regular writer Tom King left without missing a beat. Old threads that King created in the beginning of his run are resurrected and certain characters make a surprising return. 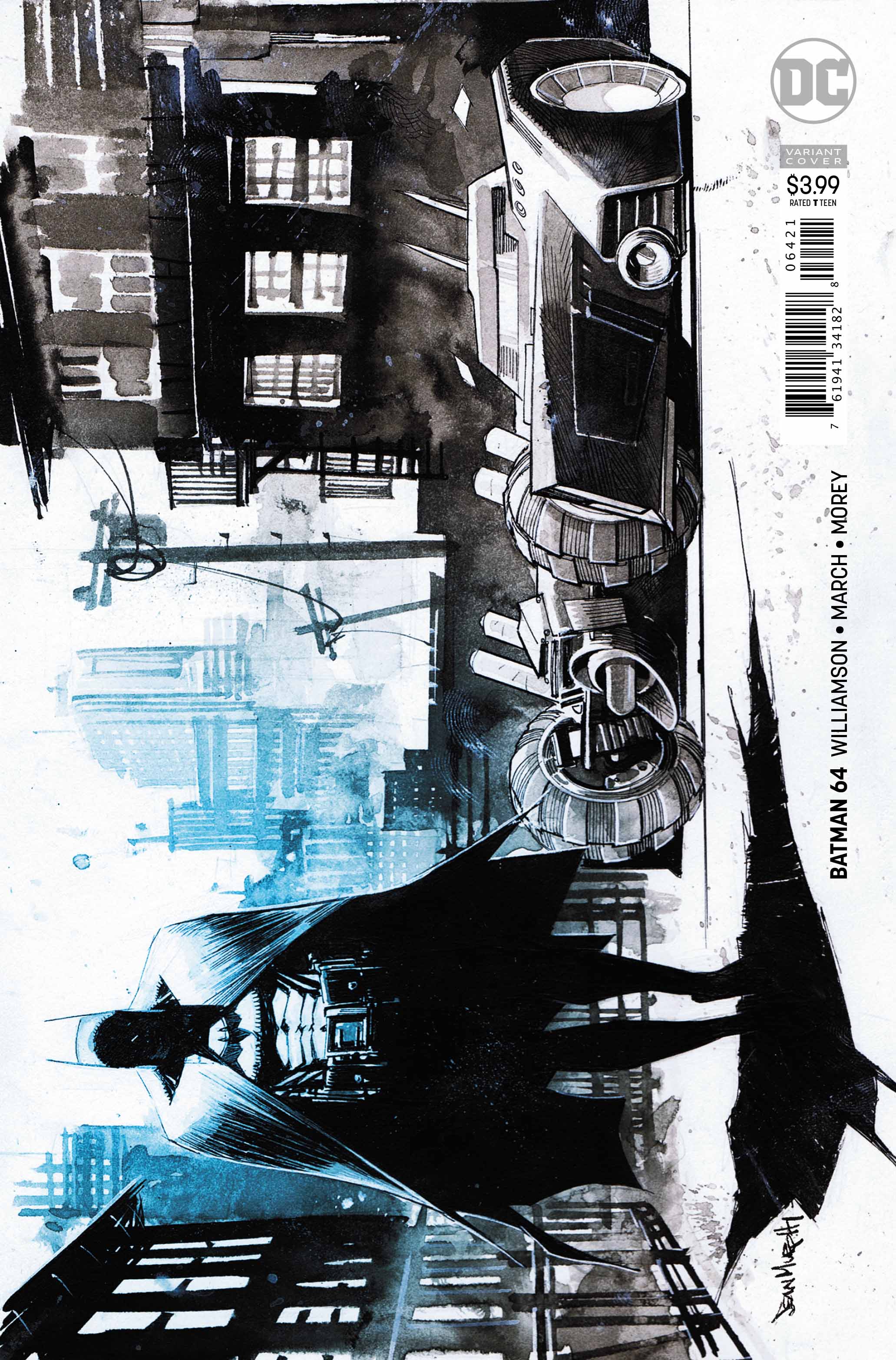 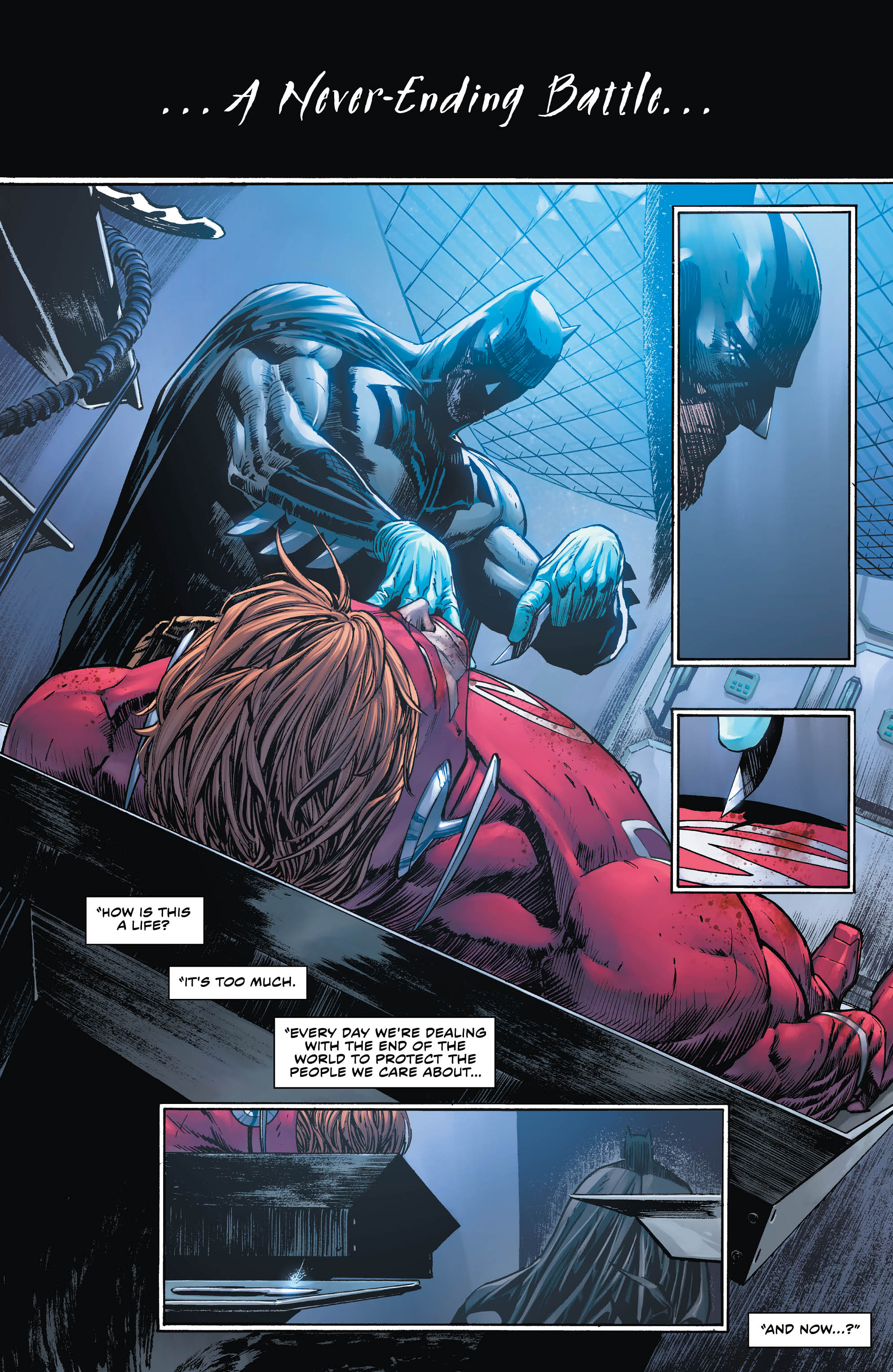 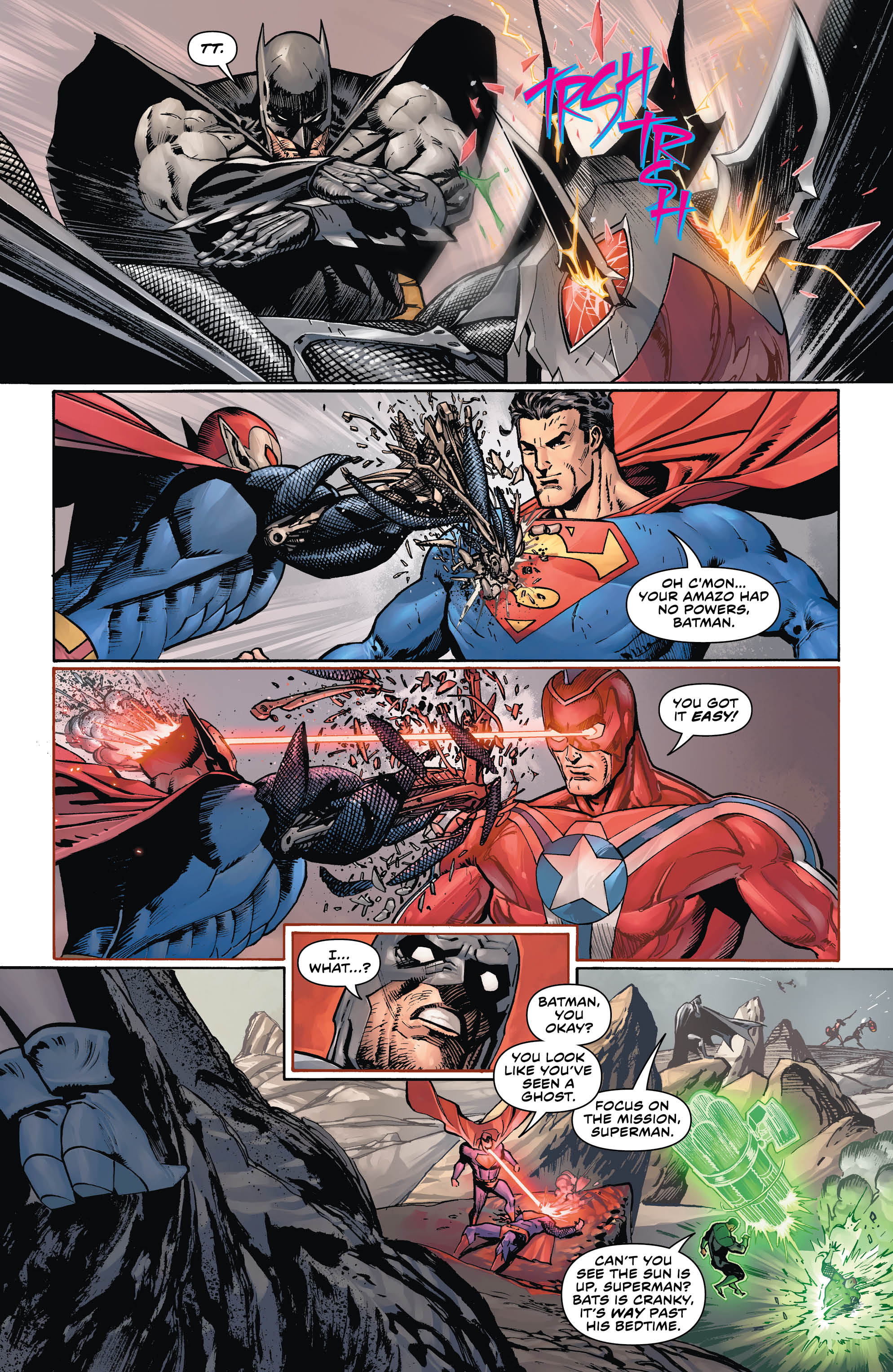 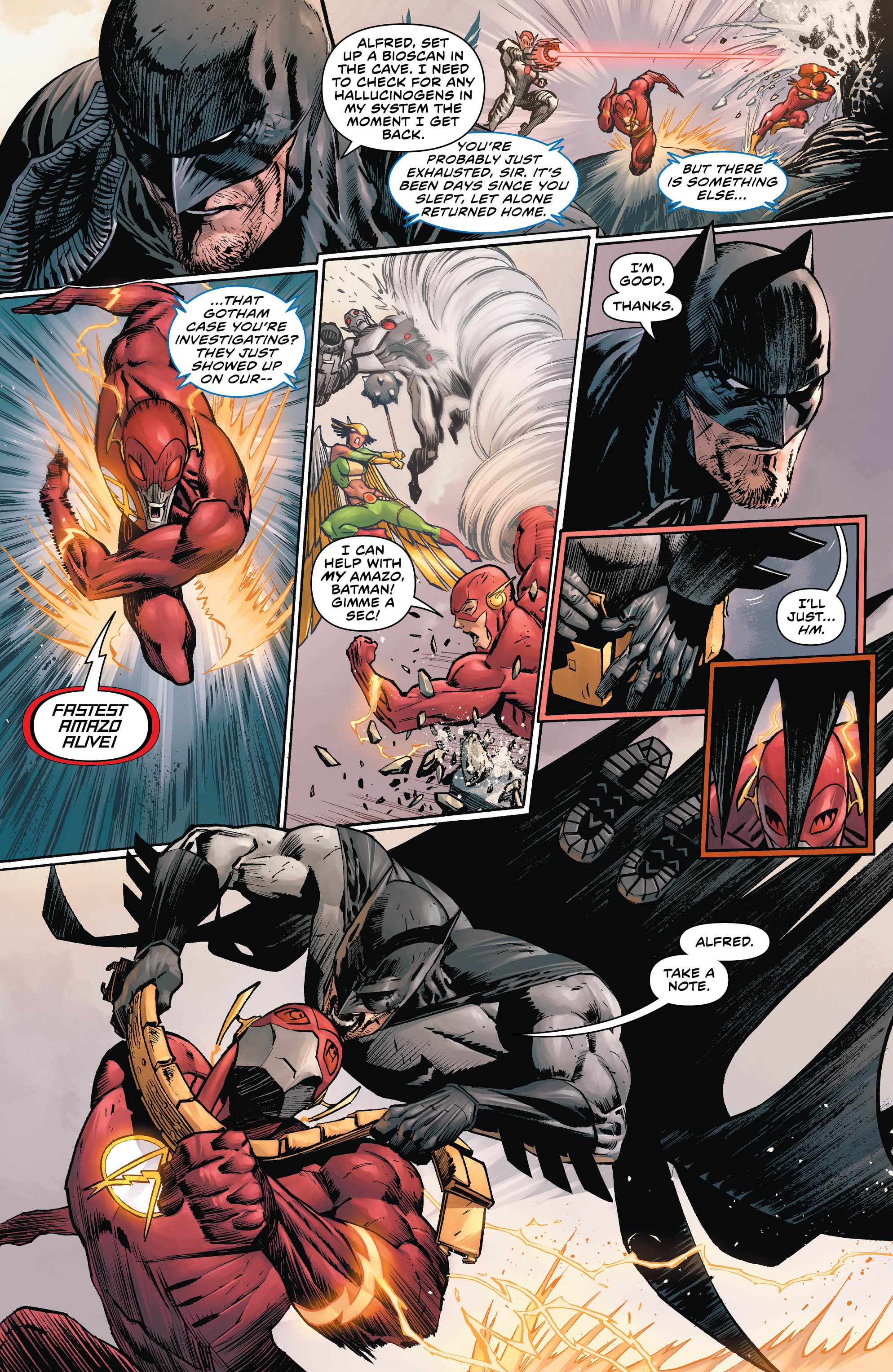 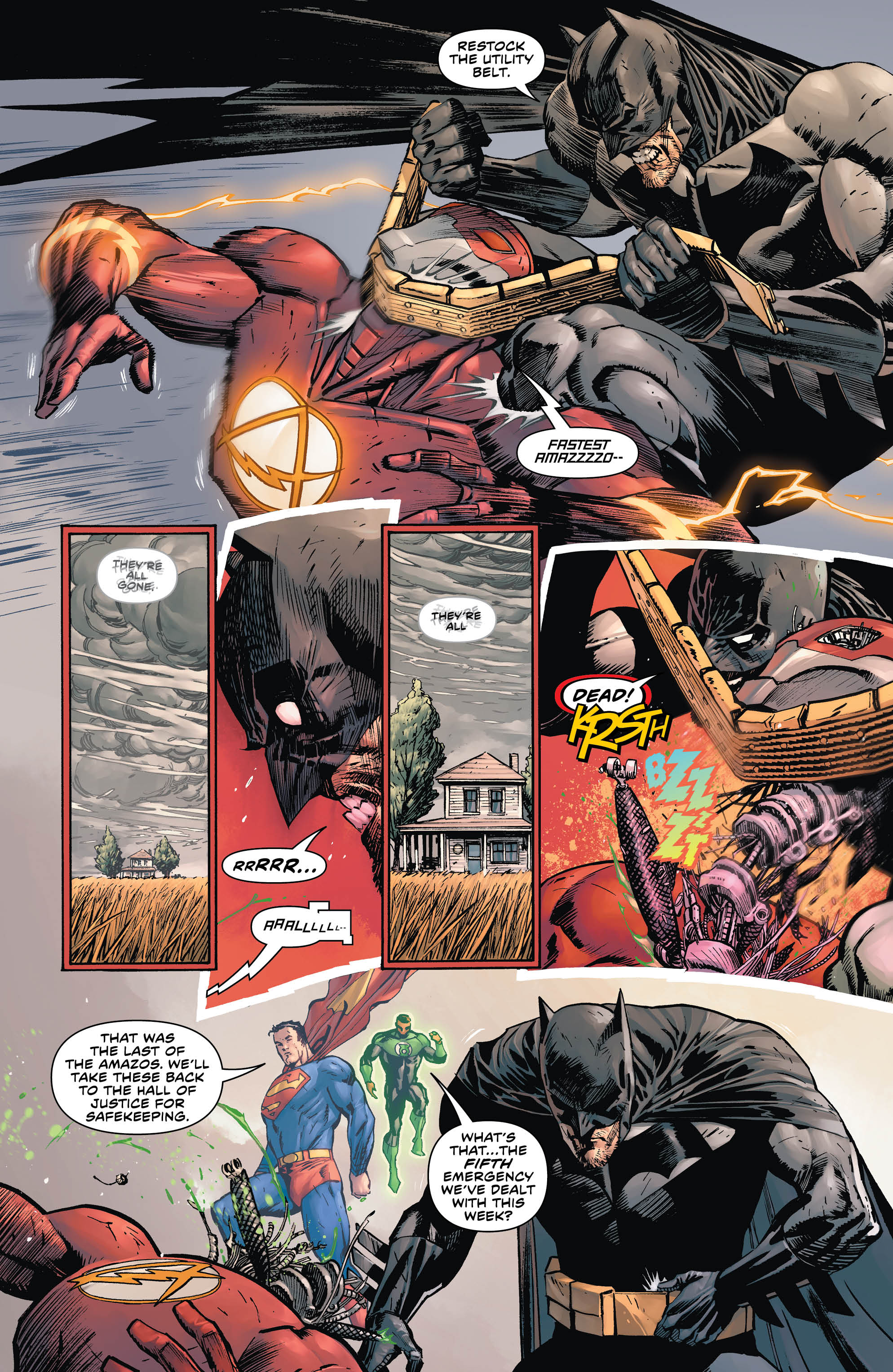 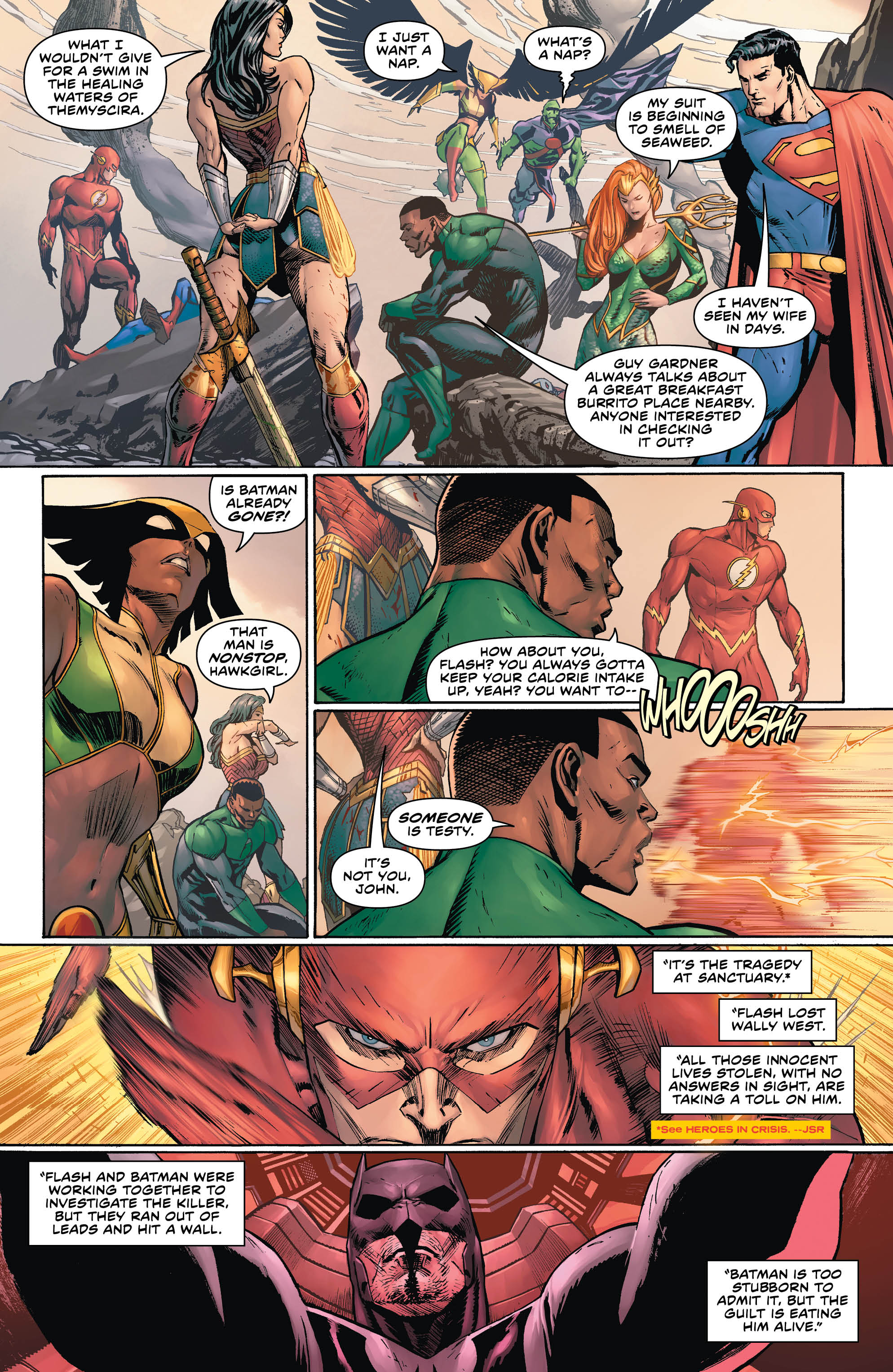 These reappearances create a sense of excitement. It teases their continued character trajectory, while spinning them in an intriguing new direction. In fact, the characters’ inclusion is so logical that it begs the question as to why hasn’t King done anything with them in a while.

The Flash and Batman’s Relationship

The other main highlight of the issue is the dynamic between Batman and the Flash. Williamson continues the theme of mutual respect and trust between the two detectives. but then takes it to a different level and twists it. The heroes are recoiling from the events in “Heroes in Crisis”. Batman is disturbed that the Sanctuary that he created was destroyed, while Flash is grieving over Wally West’s apparent death.

While we frequently see stories where Batman is an emotional void when he should be sad, it’s usually from the perspective of his sidekicks. However, the dynamic is different when seen from the viewpoint of one of his Justice League peers. The Flash easily cuts through Batman’s typical emotional BS. He tells Bats to shake it off and push through. It’s interesting to see the dynamic, since the Flash should be in a bigger state of mourning than Batman. In this issue, the Dark Knight is framed as overly whiny. While it’s a little jarring to see him like this, it’s definitely a fresh take.

Guillem March’s art is a great match-up with Williamson’s script. The visuals are sketchy and explosive. March plays with perspectives and warps them. It looks crazy, but delivers a really strong, dynamic style. The art is highly reminiscent of Neal Adams. Unfortunately, it doesn’t always work and his anatomy looks off, but overall is a pleasure to look at..

Williamson and March create a fun, fast-paced opening act for the Batman/Flash crossover. It’s breezy and fun, while providing sufficient amounts of action and drama. It’s still annoying that it interrupts the flow of King’s story and the art’s a little odd in places. For the most part, though, this is a highly enjoyable issue.

‘Birds Of Prey’ Signs ‘A Star Is Born’ Costume Designer