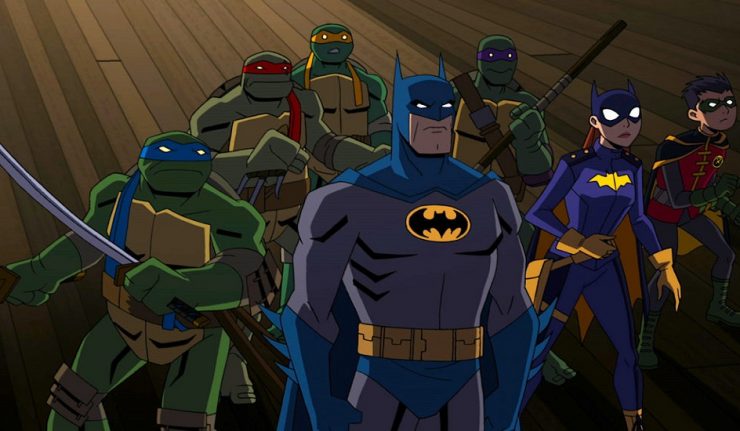 It’s every young boy’s dream. Batman and Teenage Mutant Ninja are crossing over for an animated film.

The animated film will be coming out this spring and will take inspiration from the James Tynion IV and Freddie Williams II crossover miniseries. The movie has a stellar cast, with the likes of voice over legend Troy Baker playing both Batman and Joker. The first actor to play both roles in one project. Tara Strong will be reprising her iconic Harley Quinn role. Actors such as Darren Criss and Kyle Mooney will be voicing two of the turtles.

With an incredible cast, storyline and characters that are well established, Warner Bros. and Nickelodeon have got a sure fire winner on their hands. I, for one, cannot wait for the release of this movie.