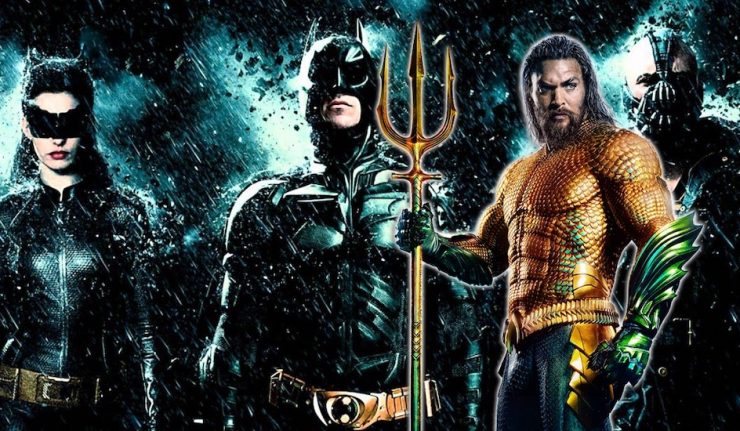 The King of Atlantis is poised to overtake DC’s King of the Box Office. Aquaman recently passed Christopher Nolan’s The Dark Knight at the box office. Currently sitting at around $1.07 billion, it is only $17 million away from overtaking The Dark Knight Rises as the highest grossing DC film of all time.

The significance isn’t lost on the director, James Wan, who had this to say:

For years Aquaman has been an orange-shirted punchline…No one is laughing anymore. And this weekend when the King of Atlantis surpasses the Dark Knight of Gotham City, orange will officially be the new black for Warner Bros. Crazy.

Batman has long been the king of the box office for Warner Bros., ever since Tim Burton’s Batman in 1989. They thought they had another $1 billion hit in Man of Steel, with the combination of Zack Snyder directing and Christopher Nolan producing, but when that didn’t happen they rushed a shared universe.

The highest grossing movie since The Dark Knight Rises was Wonder Woman, at $821.8 million, which unsurprisingly was the least linked to the shared DC shared universe at the time and was allowed to breathe on its own, with minor bookend connections to the larger universe. Aquaman took a similar approach, allowing director James Wan to let his film be his own and do his own thing with it, with a minor throwaway line about Steppenwolf from Justice League.

The bulk of Aquaman’s success is (ironically) overseas (get it?). Domestically, it has made $309 million, putting it 6th in the DC box office behind other films such as Suicide Squad ($325 million) and Wonder Woman ($412 million). The Dark Knight still remains king of the domestic box office at $533 million.

Overseas, however, Aquaman has raked in $766 million, and with it poised to overtake The Dark Knight Rises, WB will certainly be looking to fast track a sequel. As I noted last week, WB will continue to focus on these solo, director driven films, which is the wise decision. Let the sequels and the team ups take care of themselves, after you focus on making a good movie.

WB and DC will hope to keep this success train moving with Shazam! on April 5, followed by Joker this October.