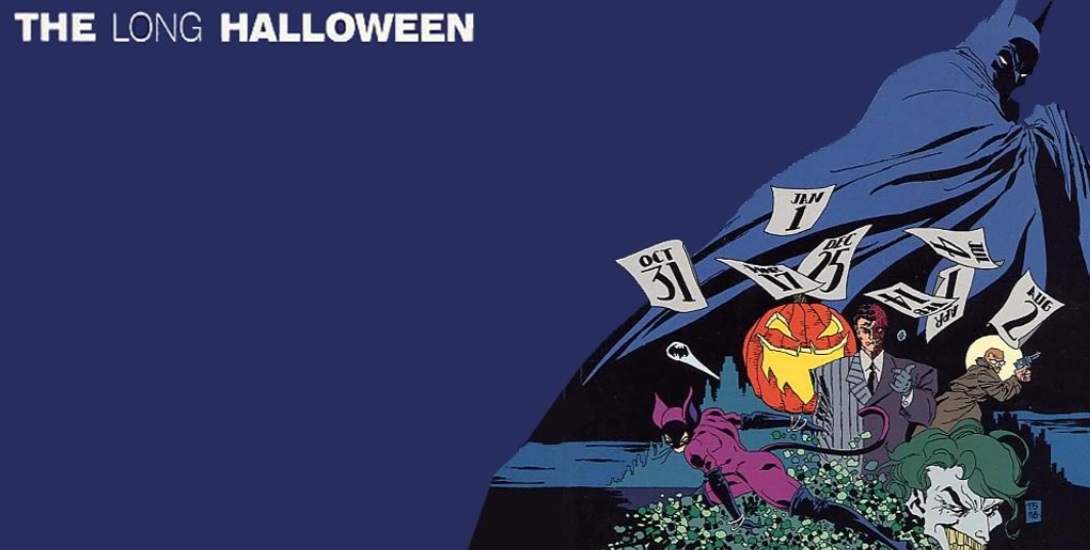 Rumors have surfaced online that the classic Jeph Loeb and Tim Sale Batman graphic novel The Long Halloween will be adapted into a two-part animated movie.

The cast boasts of big names in animation and television, including Troy Baker, Jensen Ackles, Naya Rivera, Titus Welliver, David Dastmalchian, Jim Pirri, Amy Landecker, Matthew Gray Gubler, Katee Sackhoff, and Fred Tatasciore. However, there is no official word on which roles each actor will play.

The animated movies are set in their own continuity, similar to The Killing Joke or The Dark Knight Returns films. No official release dates have been announced.

If you are not familiar with the story, TLH  follows Batman, Commissioner Gordon, and DA Harvey Dent as they battle mob bosses and hunt for the elusive Holiday killer, who murders people only on holidays. Additionally, TLH follows Dent’s tragic journey to becoming Two-Face.

So Who Will Play Whom?

With the cast list, the real question now is who plays what role? Some of the announced cast members are DC veterans. Like, Troy Baker has already played the Batman, Two-Face, Robin, and the Joker over the various projects. The odds are he will play one those characters.

And then there is Jensen Ackles. Ackles played Jason Todd/ the Red Hood in Under the Red Hood. However, this character does not appear in TLH at all, so who knows what his new role will be. Amongst the rest of the cast, it could be a toss up of what their roles are.

To see how much Dark Knight News loves The Long Halloween, check out our complete year-long reviews of the series here.