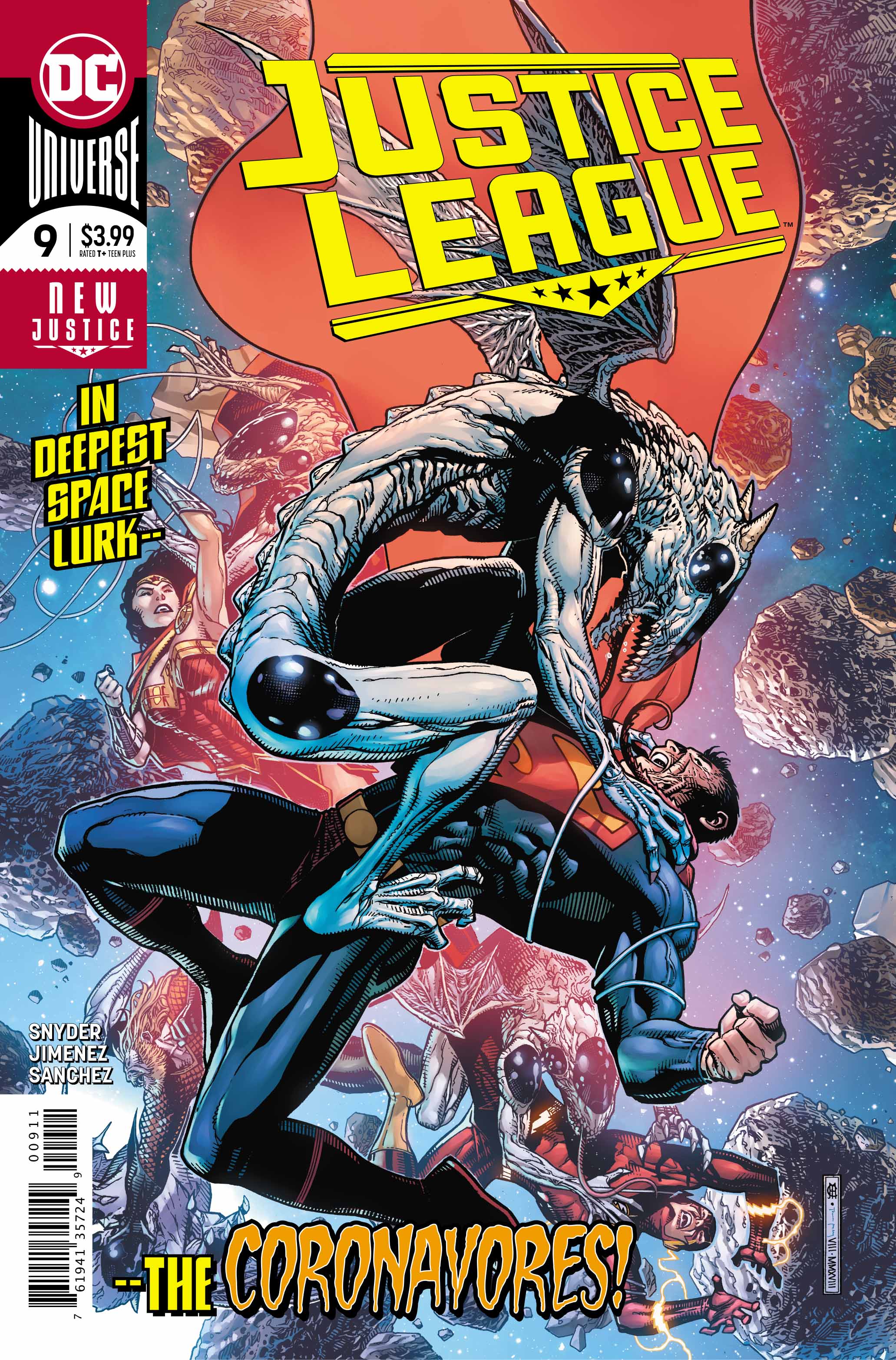 Please do not adjust your sets. Your usual Justice League host, Master-Editor-Droid @captsigma, is away on a secret mission. So I, sub-editor-bot @el_steevo, am on temporary monitor duty for JL issue #9.

We last left the League battling the Legion Of Doom and receiving a cryptic message from Star Man. Now the moon is being rebuilt by the Man Of Steel, and Batman’s being rejuvenated by Mr. Terrific and Alfred.

This series really is so much fun to read. Cosmic dangers, more heroes than you can shake a stick at and scares and thrills a-plenty. Writer Scott Snyder is bringing us vintage comics with a modern outlook, and I’m loving it. 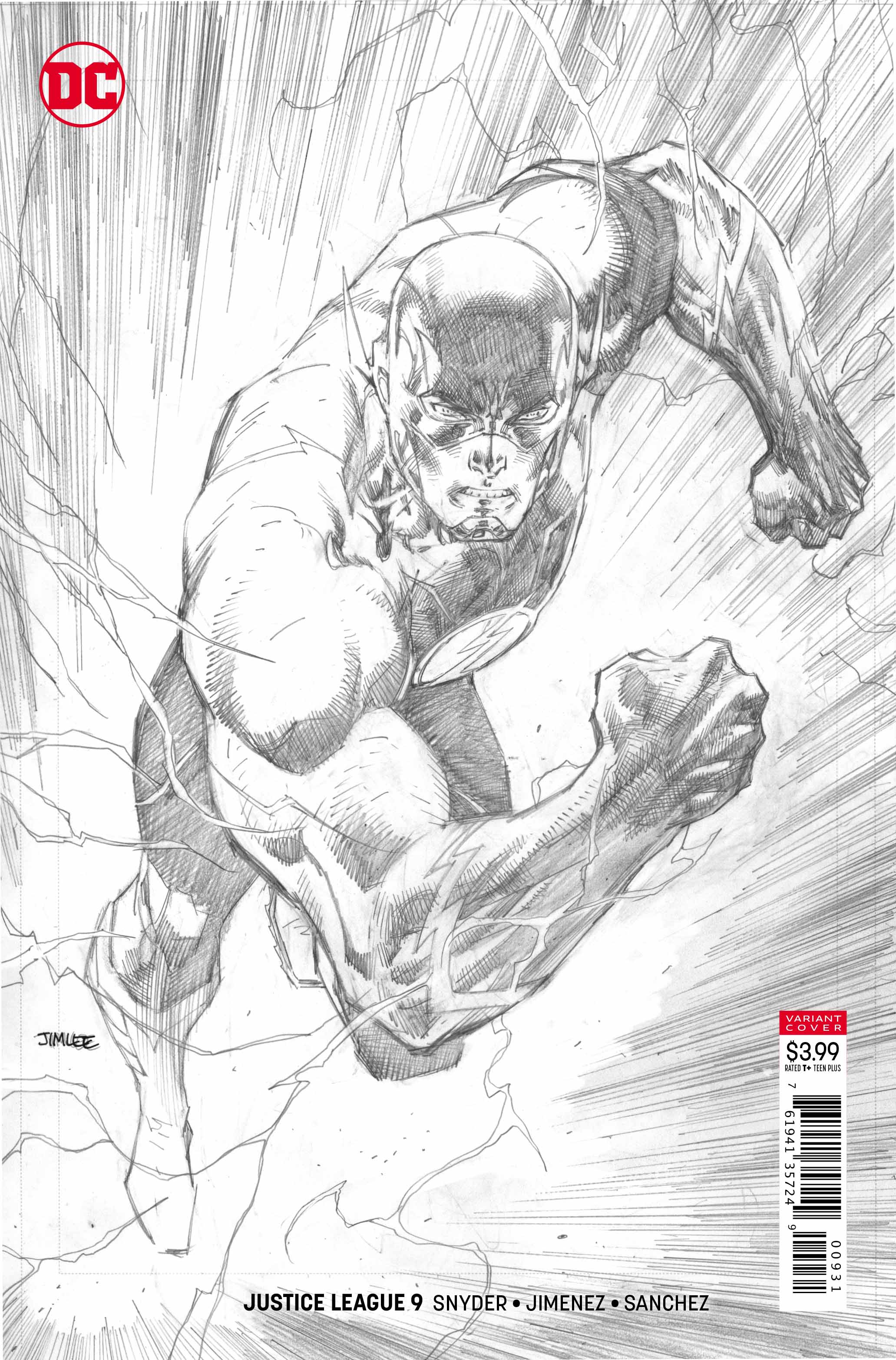 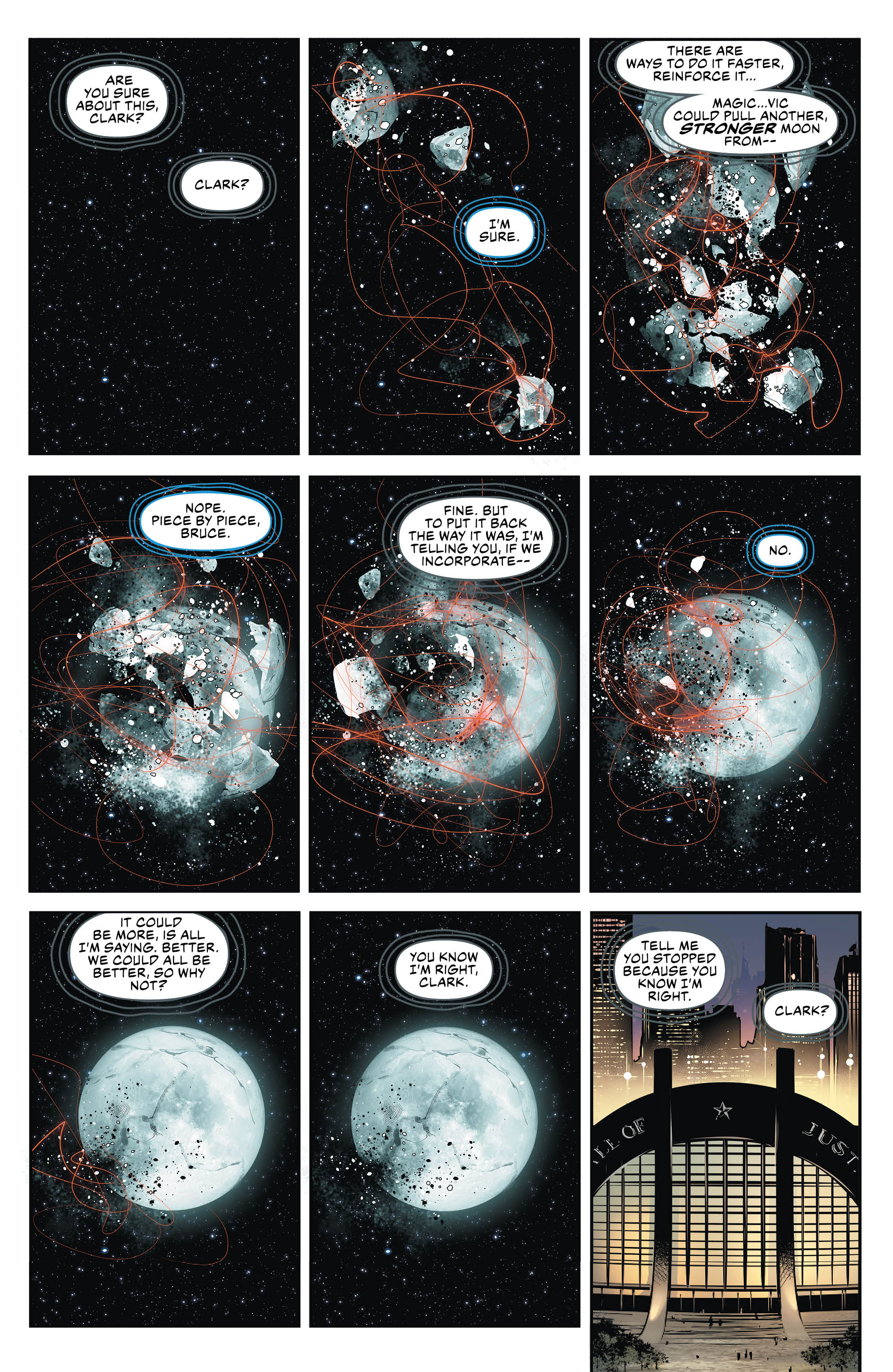 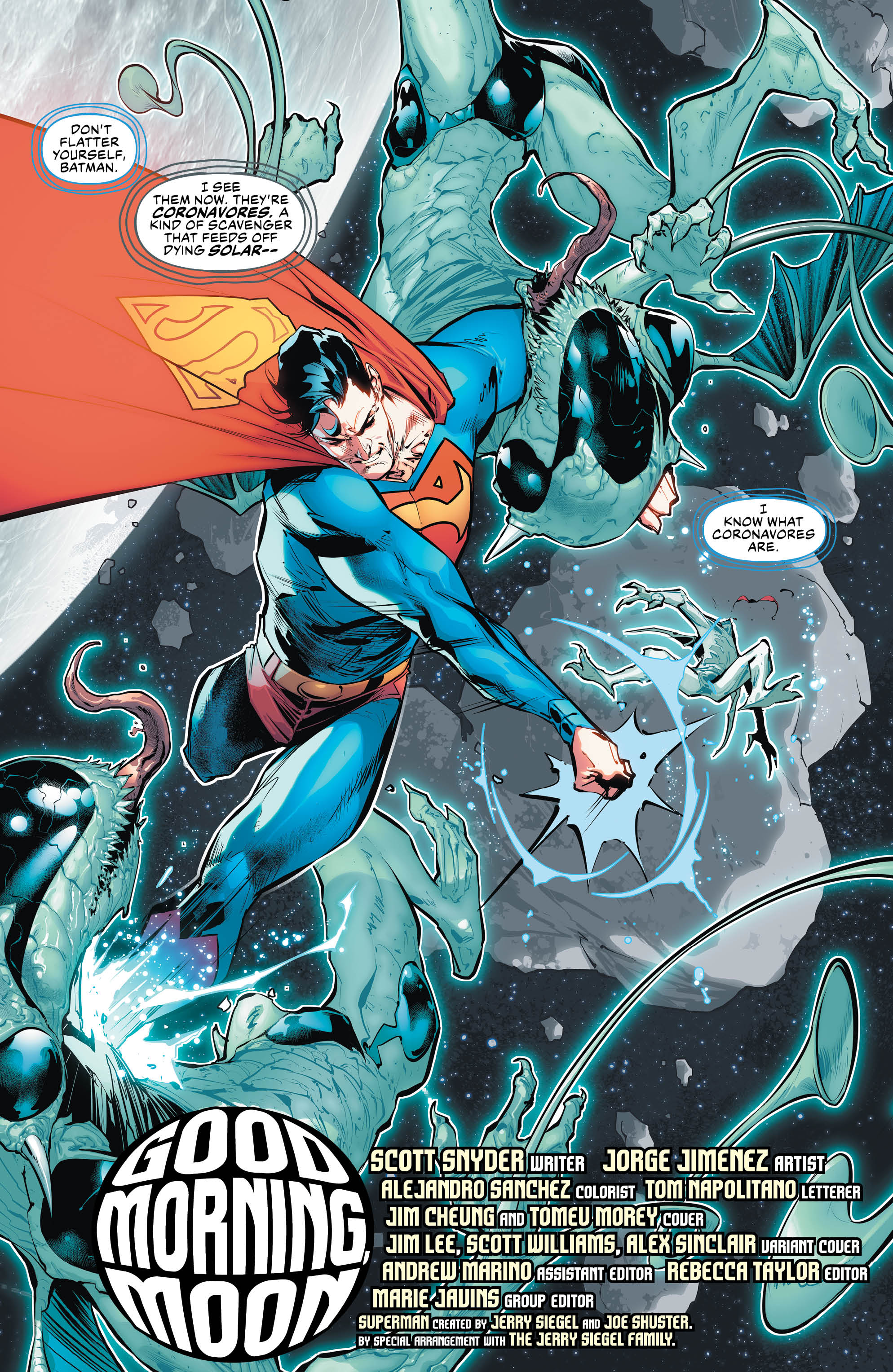 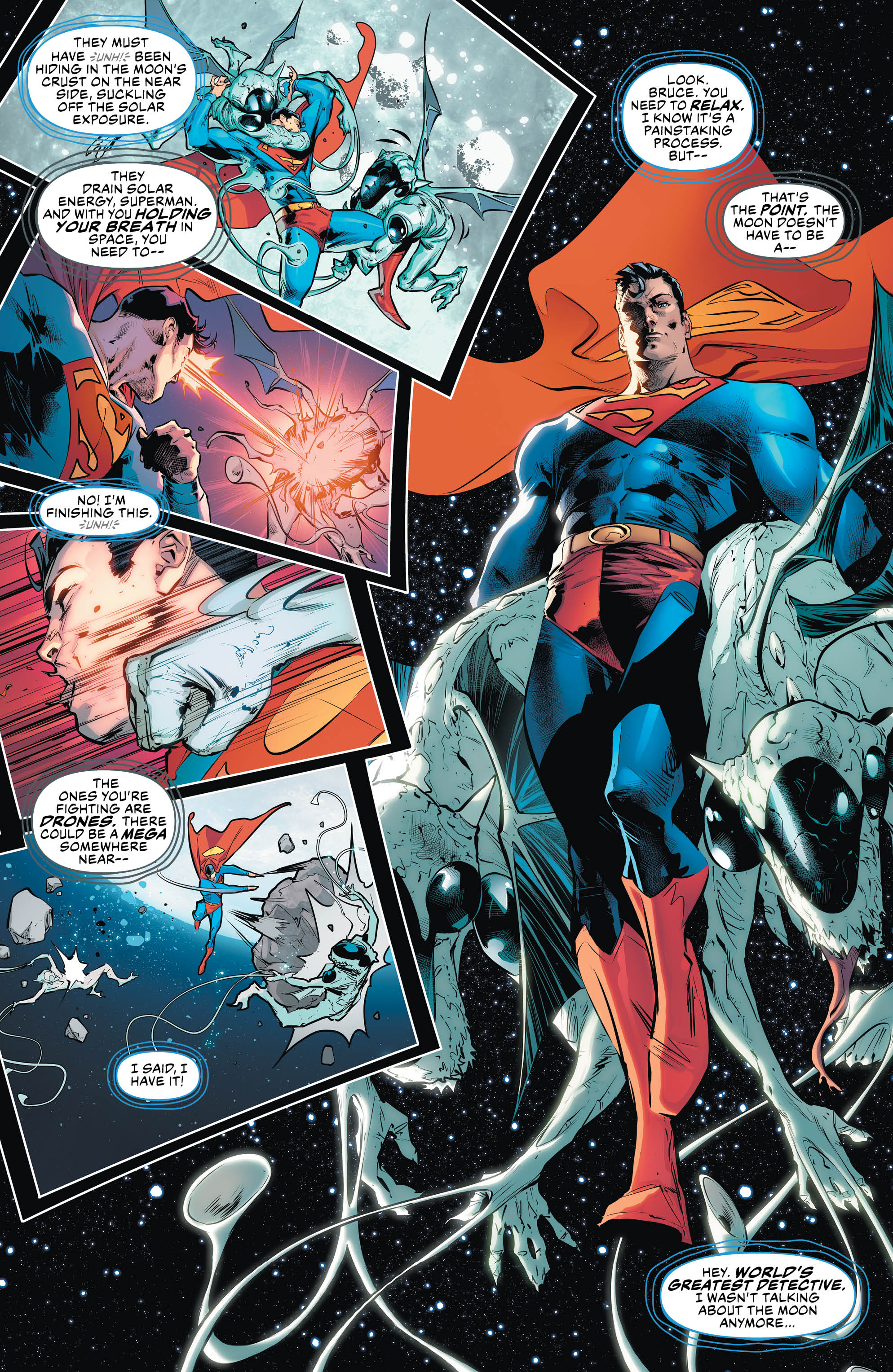 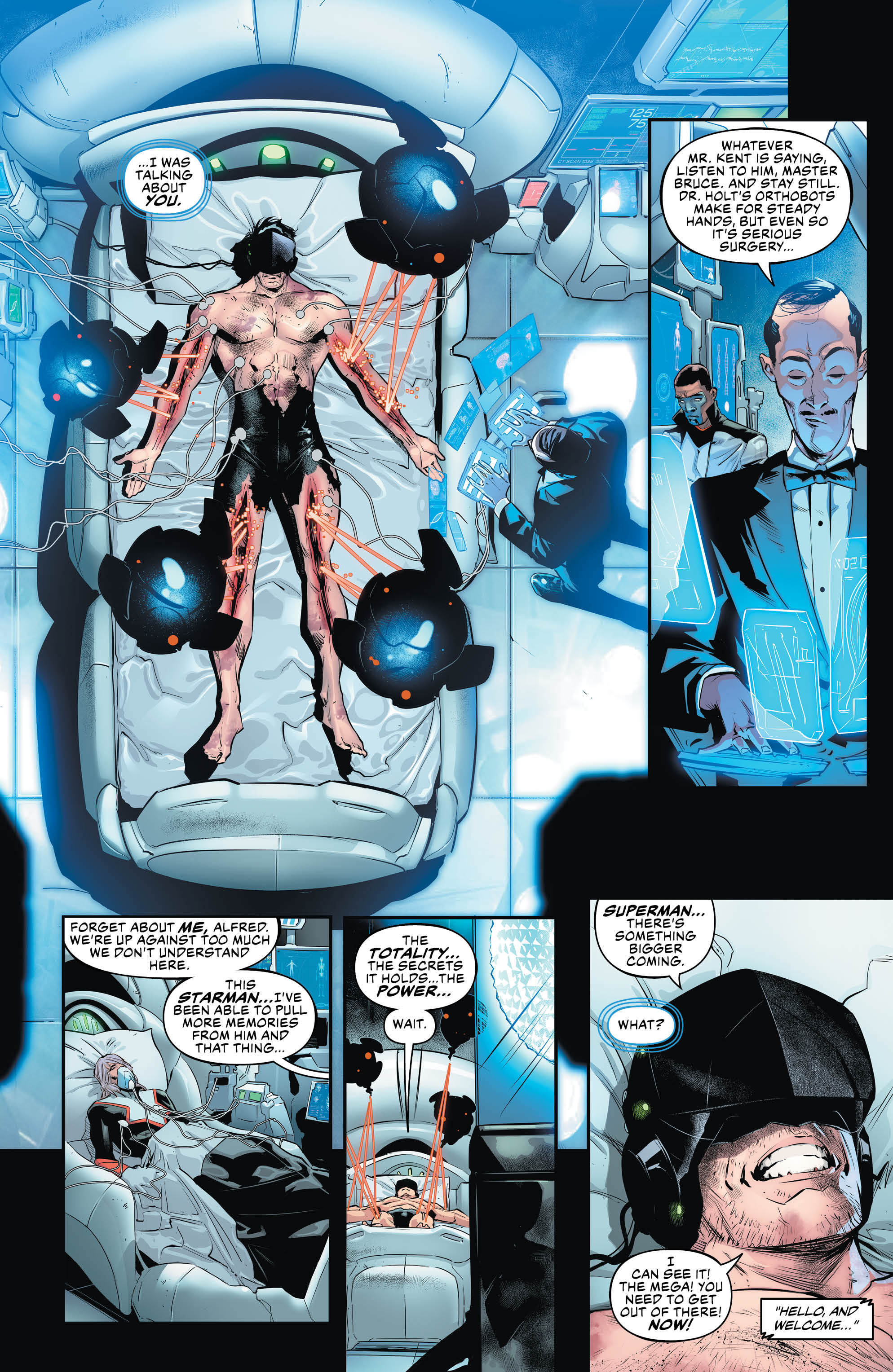 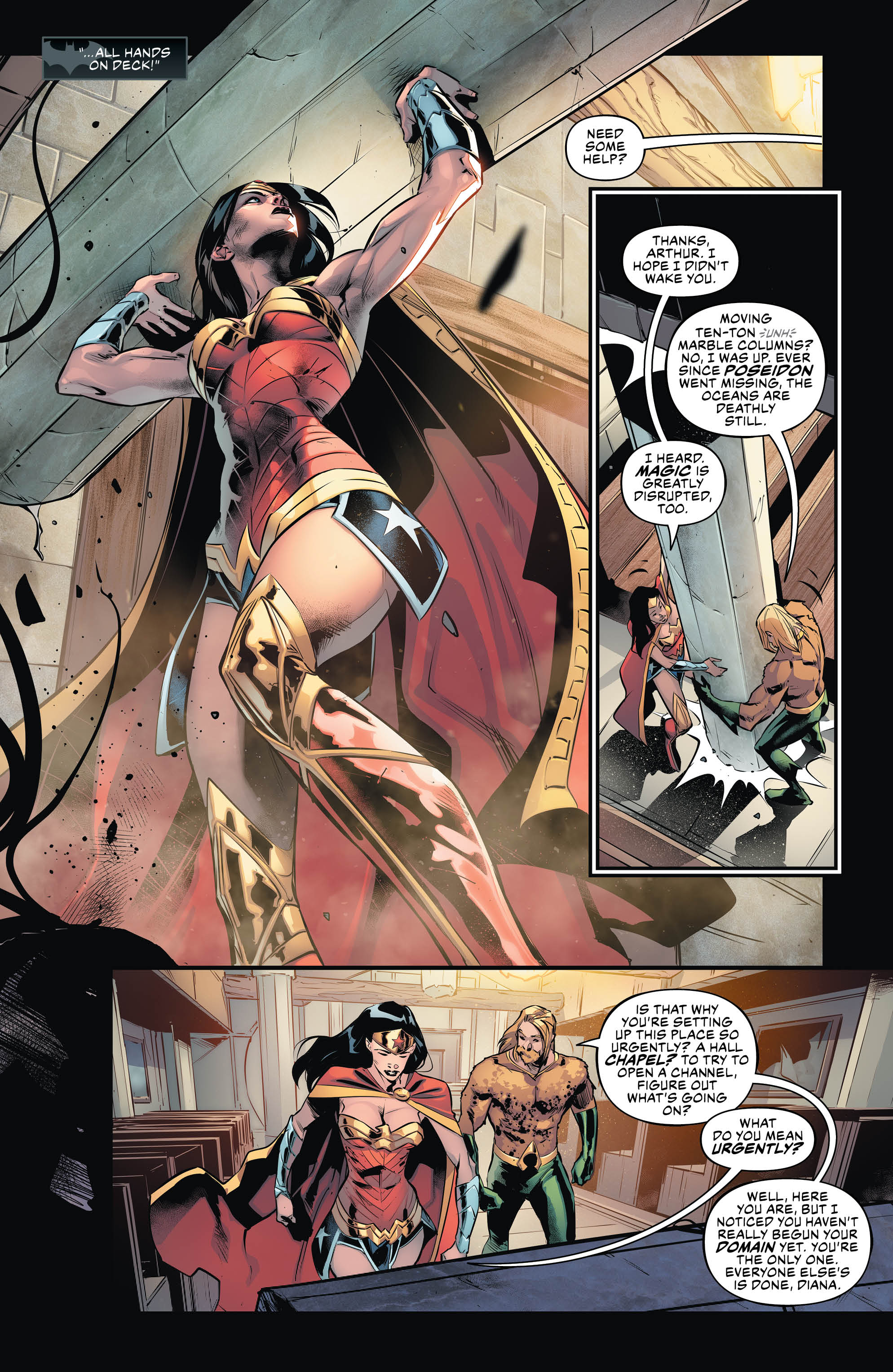 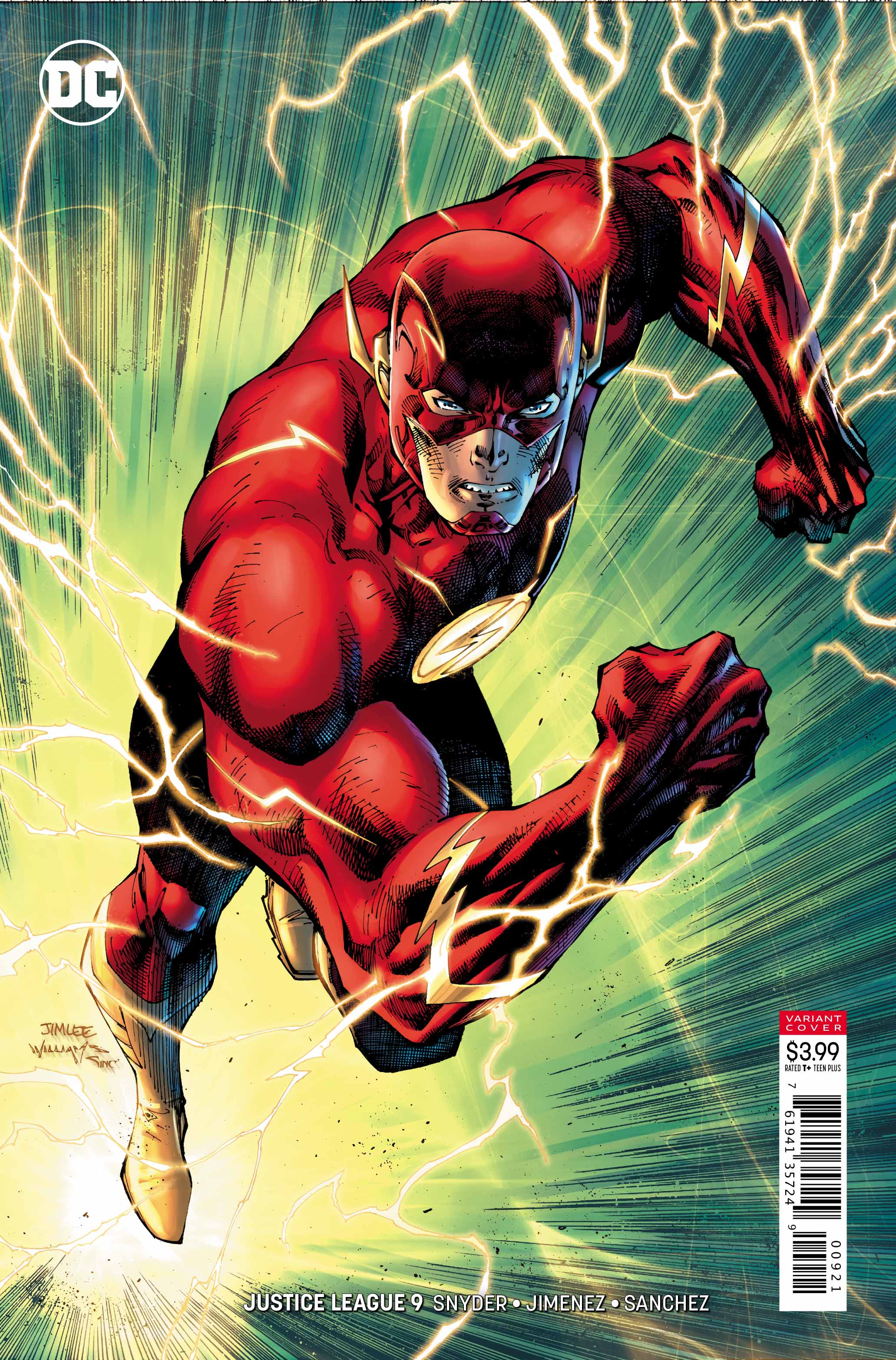 It’s great having Jorge Jimenez back on art duty this week, alongside the equally terrific Alejandro Sanchez on colors. From Superman battling solar radiation guzzling Coronavores to Batman on a hi-tech surgeon’s table, the visuals pack a punch… quite literally in Superman’s case. While the issue serves more as clean-up after the incredible events of issues #1-#8 we still get high stakes, great action and some superb character moments too. Flash and John Stewart guzzling burgers and Aquaman having a heart to heart with Wonder Woman are two highlights.

A good hero’s work is never done. While the Legion is off plotting their next nefarious scheme, criminally abetted by the dreaded Batman Who Laughs, the League have problems of their own. Justice League #10 will feature the beginning of an intriguing crossover with Aquaman entitled “The Drowned Earth.” If the title’s not enough to whet your appetites, then I’m sure Aquaman will actually wet them…