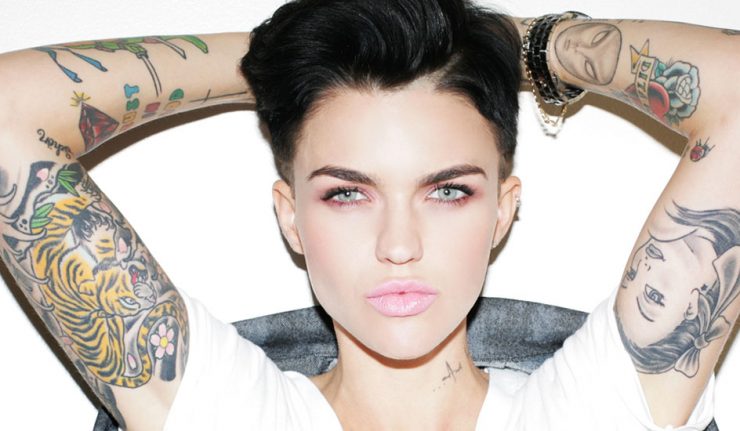 The Internet can be both cruel and wonderful at the same time. In the context of this website, it’s given us fans the ability to connect with one another. Before the geeks inherited the world, those of us who loved anything remotely geeky had to be cautious about opening up about our interests, lest the bullying come at us at full throttle. The Internet has allowed those social outcasts to have a voice and to find people who feel passionately about the same things, but there are those who abuse the privilege to speak their mind in an open forum that should be accepting of everything.

Unfortunately, the Internet also gave rise to what pop culture journalists are dubbing “Toxic fandom/fanbase.” While it may have existed in the past, the Internet has given those people the ability to make their hatred known. (There may also be a political influence given the climate in the US these days, but it’s best to avoid the subject, lest I accidentally stoke the flames of Internet war.)

A few months ago, it was announced that Batwoman would make her first appearance in the CW’s Berlanti-verse. Since then, it was announced that CW was seriously considering a full-blown series for the beloved Batfamily member. This is a massive win for Batfans and members of the LGBTQ alike, as the first LGBTQ superhero lead role. Almost a week ago the big news was that Ruby Rose had been cast as the first live-action Batwoman… ever.

I cannot truly attest to Rose’s acting ability as the only movie I’ve ever seen her in was John Wick: Chapter 2. She was a mute in that movie, so I can’t really judge. Most people were very happy with the casting as Ruby Rose came out as a lesbian when she was very young and is also genderfluid, while still using feminine pronouns. Though I cannot say on how I feel about the casting, at the very least, the Berlanti-verse continues to cast with an eye towards diversity, following the casting of Nicole Maines, a trans person who will be playing a trans superhero. This is a huge step in the right direction for representation in the mainstream.

Some, unfortunately, were not happy and have been very vocal about it. The news here is that Rose has since deactivated her Twitter account altogether. Rose continues to actively use Instagram. The comment function, however, is noticeably absent.

She announced her departure from Twitter in this graceful series of Tweets:

“Where on earth did ‘Ruby is not a lesbian therefore she can’t be batwoman’ come from – has to be the funniest most ridiculous thing I’ve ever read. I came out at 12? And have for the past 5 years had to deal with “she’s too gay” how do y’all flip it like that? I didn’t change.

When women and when minorities join forces we are unstoppable… when we tear each other down it’s much more hurtful than from any group. But hey/ love a challenge I just wish women and the LGBT community supported each other more, My wish was we were all a little kinder and more supportive of each other…Sending everyone my love and gratitude, it’s been a rollercoaster of a year, this month especially.

I am looking forward to getting more than 4 hours of sleep and to break from Twitter to focus all my energy on my next 2 projects. If you need me, I’ll be on my Bat Phone.”

It is true that people are entitled to their opinion to dislike Ruby Rose and her casting as Kate Kane, and you certainly have the right to express it. However, you do not have the right to harass someone. This may be the Internet, and we’ve come to expect a certain level of disrespect from anonymity, but Ruby Rose is still a person, and no person deserves to be shouted at thousands of times about how she’s not right for the role.

I get it. Truly, I do. We as geeks tend to be extremely passionate and protective about the things we love, so much so that it’s often very off-putting to people. That’s what makes us who are and that is beautiful. There’s nothing wrong with that. What is wrong, however, is treating a human being with incredible amounts of disrespect. While we may look at some celebrities as mythical and unattainable porcelain figures that are disparate in social status, they are still people with feelings. Clearly, the fanbase hurt her enough that she needed to leave Twitter.

The fact of the matter is that Ruby Rose has been cast as Batwoman because the producers of the show felt like she would be a good fit. She auditioned for it because she wanted to play the character. It was an opportunity that couldn’t be passed up. Making any sort of attack towards her on social media will not change that decision. A lengthy thesis on why she’s a terrible choice will not change their decision. All it’s accomplishing is hurting somebody’s feelings. People are people, and nobody has the right to hurt anybody.

Unfortunately, Ruby Rose is just the latest victim in this ongoing war of fans versus Hollywood. Actress Kelly Marie Tran endured a lot of hate after playing Rose Tico in Star Wars: The Last Jedi. Anna Diop, who is portraying Starfire in the upcoming Titans live-action series has also been chased off social media because she doesn’t quite “Look the part.” It’s all truly despicable. In the case of the former examples, both suffered a lot of bigotry and discrimination for landing the high profile roles, which is a whole other case in itself. At the moment, from what I gather, this doesn’t quite look to be the case with Ruby Rose.

I repeat: People are entitled to their opinion, positive or negative. However, it accomplishes nothing to express it to that person in a very hurtful and hateful way as if they are responsible for the wrongdoings to our favorite characters.

DKN does NOT condone this type of behavior. As fans, we are free to take part in discourse and protect our fandoms, but we must do so with respect and tolerance. Do not by any means feel as we have the right and privilege to hurt somebody based on some sort of misplaced sense of justice. Most times, we look to these stories for a sense of security and comfort, where we feel most like ourselves and accepted. This toxic, disgusting behavior is destroying that. Please don’t be a part of this real-world group of supervillains. That’s essentially what the toxic fanbase has become.

It’s unfortunate that something like this is overshadowing such a wonderful step towards diversity and representation in media. I mean, Ruby Rose gets it. I gather from her appearance on Jimmy Fallon’s show. For me, that’s enough to tune in and make my own judgments.