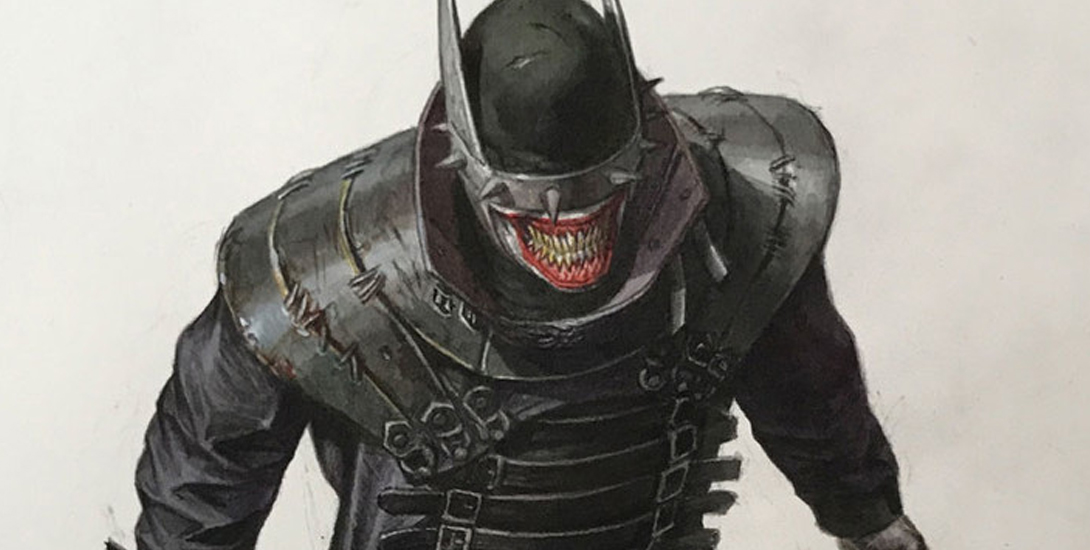 Last year, during the events of Dark Nights: Metal, Batman and the Justice League came face to face with Dark Mutliverse versions of Batman. These evil versions of Batman mimicked other famous DC heroes and villains such as Green Lantern, the Flash and Doomsday. All the brilliance of Batman combined with the devastating powers of the person he was based on. None, however, was more terrifying or popular than The Batman Who Laughs, a version of Batman who became the Joker.

Here is the press release:

Today’s DC Justice League panel at San Diego Comic-Con featured a host of talent from the “New Justice” family of titles: JUSTICE LEAGUE, JUSTICE LEAGUE DARK, JUSTICE LEAGUE ODYSSSEY, TEEN TITANS and TITANS. New Justice architect and JUSTICE LEAGUE writer Scott Snyder was on hand to talk with fans about his current run, including the creation of the Legion of Doom, Sinestro’s discovery of the Ultraviolet Spectrum and Lex Luthor dispatching Vandal Savage with a doorknob.

But he really stirred the crowd’s interest with the announcement that he would be teaming up with artist Jock to create a six-issue miniseries based on the popular character from DARK NIGHTS: METAL, The Batman Who Laughs. Scheduled for November, this is a story Snyder has been eager to write, featuring two of his favorite characters. This six-issue miniseries pits Batman against the culmination of all his fears from the Dark Multiverse, an evil amalgamation of himself and his greatest nemesis, The Joker.

In addition to The Batman Who Laughs, the new miniseries will be introducing a new version of Batman from the pits of the Dark Multiverse, Artillery Bats. This Batman became obsessed with guns ever since shooting Joe Chill as a child and based on the image, he basically looks like the Punisher in Batman form. 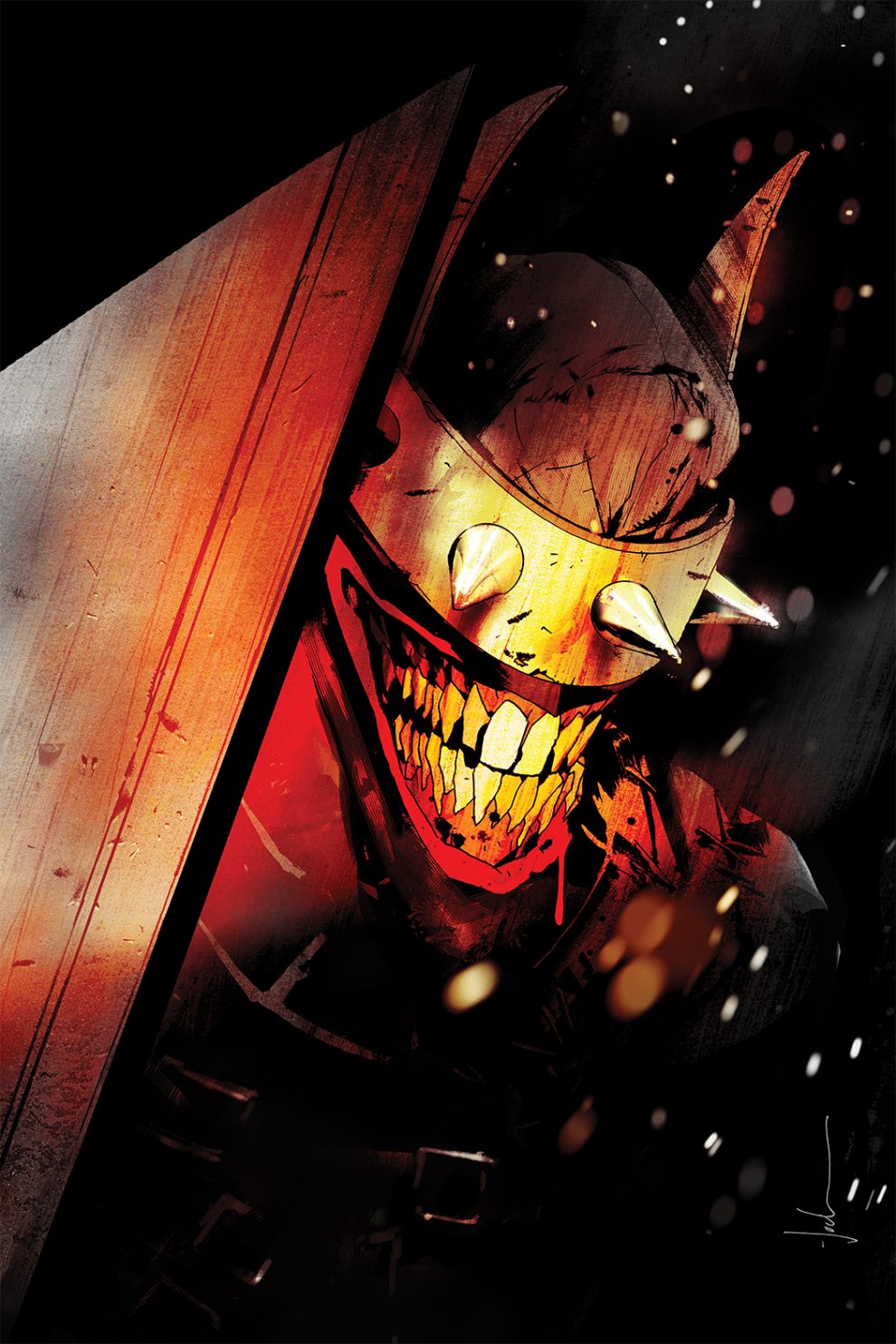 The Batman Who Laughs art by Jock (DC Entertainment) 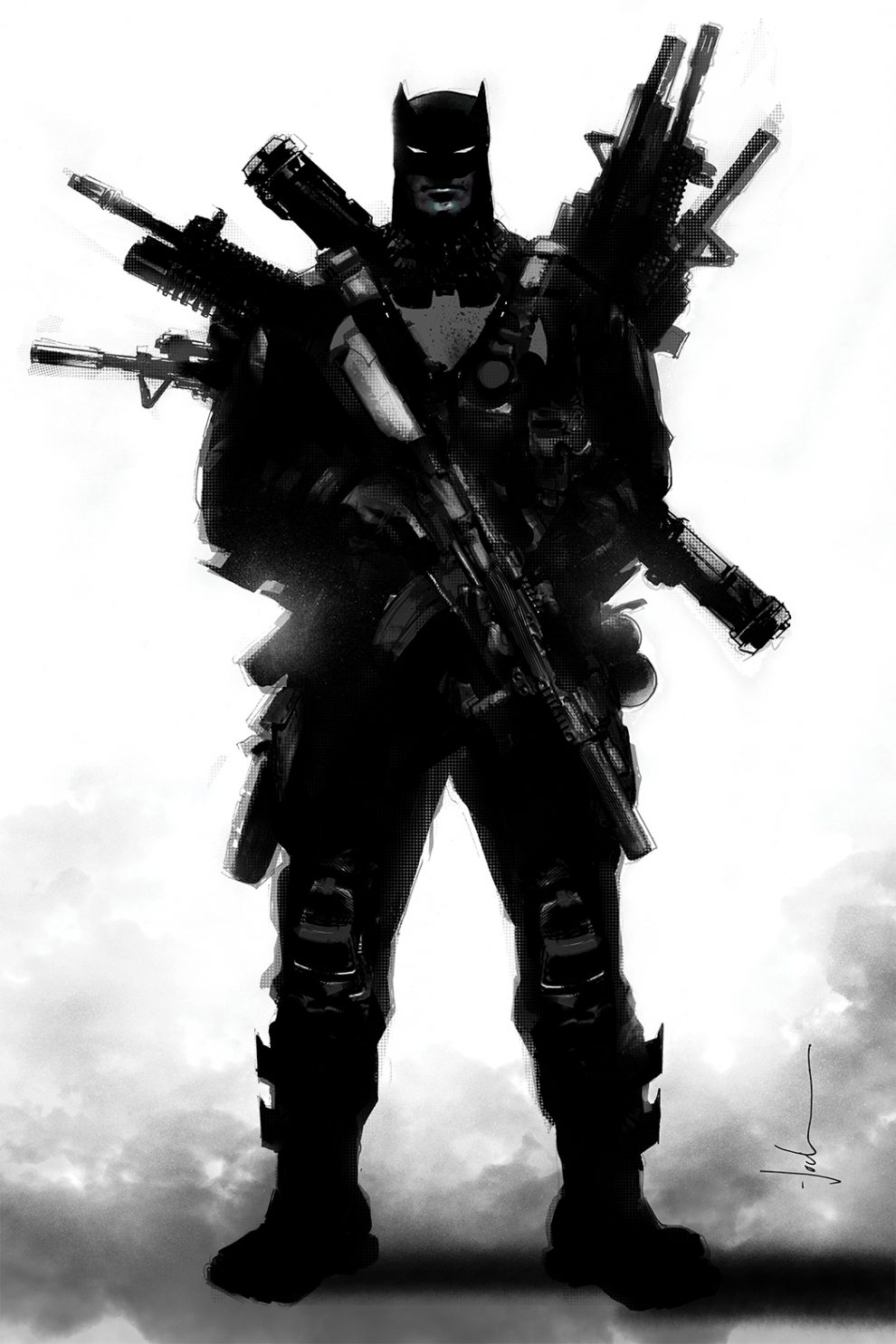 No exact release date was announced, but fans can see the return of The Batman Who Laughs this November in comics shops and digital shelves.

What do you think of his return and what are you thoughts on a Batman who is obsessed with guns being introduced? Let us know!