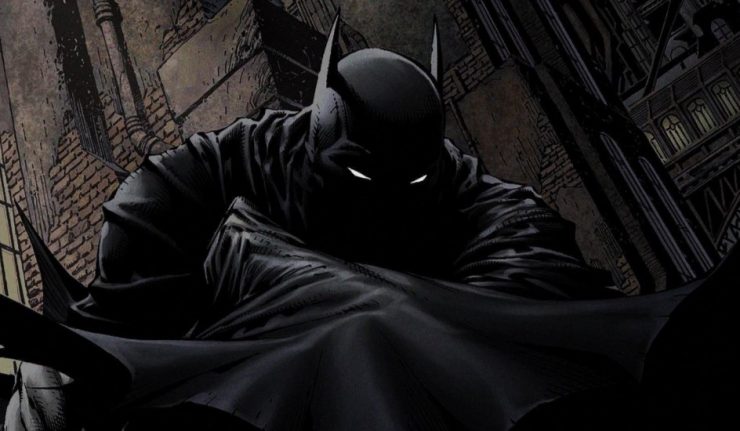 Fresh off of yesterday’s announcement that Batman: Hush will be getting the DC Animated Movie treatment, the costume Batman wore in the early 2000’s, including Hush, will be returning to comics.

The announcement was made by writer Tom King at the DC Comics Batman Family panel at San Diego Comic Con, that this classic costume will be making its return in Batman #53. According to King, the story reason behind this change is Batman is trying to move on from his failed wedding attempt with Catwoman. These events compelled him to switch from the Rebirth costume we’ve become accustomed to over the last couple of years.

While, in terms of a story reason, it makes sense that Batman would want to make some changes in his life after being so close to happiness with Selina, it’s interesting that Bruce would go back to the costume that sparked this modern romance with her in the first place. As detailed in last week’s history of Batman and Catwoman’s relationship, Batman: Hush is where things started really heating up between the two and things have pretty much remained that way all the way through to their failed wedding earlier this month. Not that I’m complaining, seeing as the Hush costume is among my personal favorites.

Along with Batman’s costume change, DC also revealed that the new creative team on the Detective Comics title will be writer Peter Tomasi and artist Doug Mahnke, starting with issue #994. Tomasi is set to build up towards the milestone issue #1000 for Detective Comics.