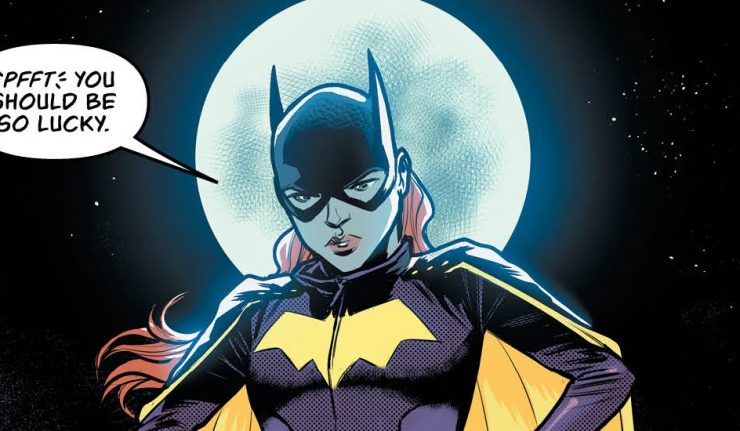 Batgirl isn’t my favorite for a few reasons. However, before you all scream at your screen, let me say that this is my own personal opinion and not the opinion of Dark Knight News. Also, I do respect everyone who looks up to Batgirl. Those who enjoy her comic books and story. However, I also feel like I should have the right to say why Batgirl shouldn’t exist.

A Rather Unimaginative Batgirl Story

Despite, Batgirl’s story being reimagined over and over again the one that fandom knows most is quite uninspiring. Batgirl first appeared in Detective Comics #359, so yes, she is an older “superhero.” However, not all that is old is good.

Barbara Gordon was a librarian. She was the daughter of Commissioner Gordon and admired the way Batman solved crimes. One day, she was invited to a costume ball.

Bruce Wayne was also attending the event, a fancy dress ball where she was dressed as a female version of Batman. When the ball was over-run by criminals they made an attempt on Bruce Wayne’s life. She saved him. This impressed the cape crusader enough to lead Barbara toward a life of crime-fighting.

Basically, Barbara thought Batman was cool. She stole his costume, made a place for her feminine chest and curves. Then, stole his entire idea? Is that it or am I missing something? Bat on her chest, grapnel gun, cape, ears. No. I’m not missing anything.

Women Without An Identity Of Their Own

I do not understand this vision of women not being creative. The more you are inspired by someone, the more you want to become unique. Being the opposite sex carbon copy of someone is not original.

DC Comics created a younger female version of Batman. Not original. This is basically telling me that I can’t come up with my own character. I have to be a man’s version of the one I like. Robin was his own character from the beginning, why couldn’t she be?

Batgirl, Supergirl, Hawkgirl… should I continue? 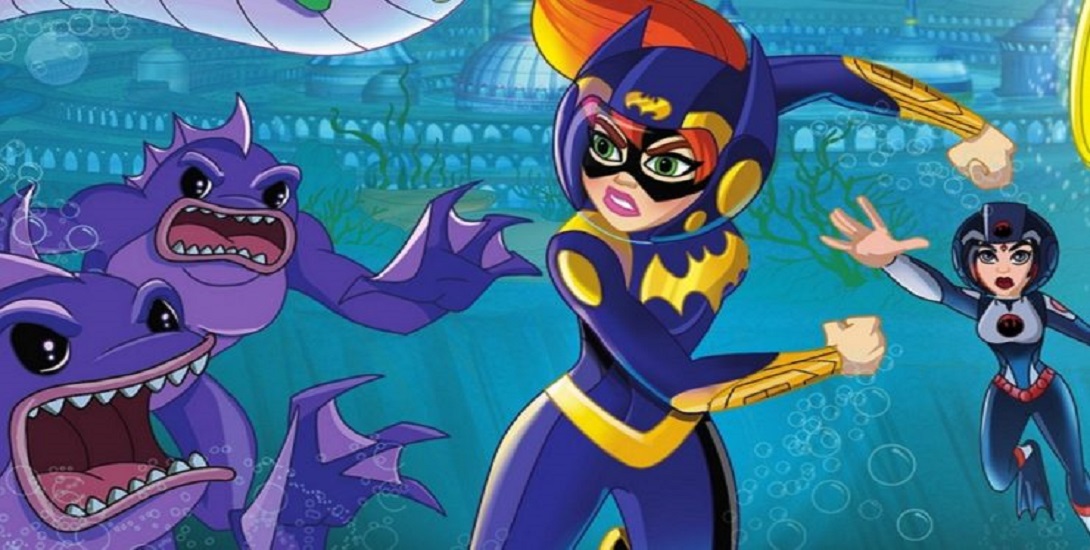 But what I didn’t like about Batgirl. What made me go from “I don’t care” to “I don’t want to see her again.” Was that one page from the Batman & Robin Eternal storyline.

All the Robins were holding each other. Forming a human chain going down. Batgirl was hacking a computer at the end of the chain. All the Robins agreed at that moment that Batgirl was the smartest, the best at basically everything.

This Is Called: Overcompensating

I understand the need for diversity, including women. However, trying to compensate for it in one character? In one sentence over eighty years of comic book stories in the Batman universe? Calm down.

Batgirl is not the smartest, Tim Drake has proven that quite often. The best at fighting? I believe both Jason Todd and Damian overturn that statement. Also, skills? Um… Grayson is a professionally trained acrobat.

I’m not saying Batgirl is worse than them. But she might be a good balance of all those skills put together. That does not mean she’s the best, it just means that she’s a well-rounded crime fighter.

I know that feminism is growing, especially in this new millennium, but, for more than a decade now, comic book superheroes have been everywhere. So, now the industry is forced to change, and update and I get that. But they focused it all on Batgirl.

Why not create new superheroes with identities of their own, not copies to overcompensate like what has been done with Batgirl? Saying she’s irreplaceable and amazing and over-complimenting her when it doesn’t make sense.

The moment Batgirl became paralyzed, I loved her. She became a superhero in her own right as Oracle. That young woman was Batman’s second pair of eyes. Barbara was his conscience, reminding him of the essentials that keep him going.

Oracle was an example that no matter how hard life hits you, you can get up and be better than you ever were. Barbara was a true example of  the positive aspects of women in history: stay strong no matter what. Oracle inspired me. She rhymed with: no one can defeat you if you don’t let them. 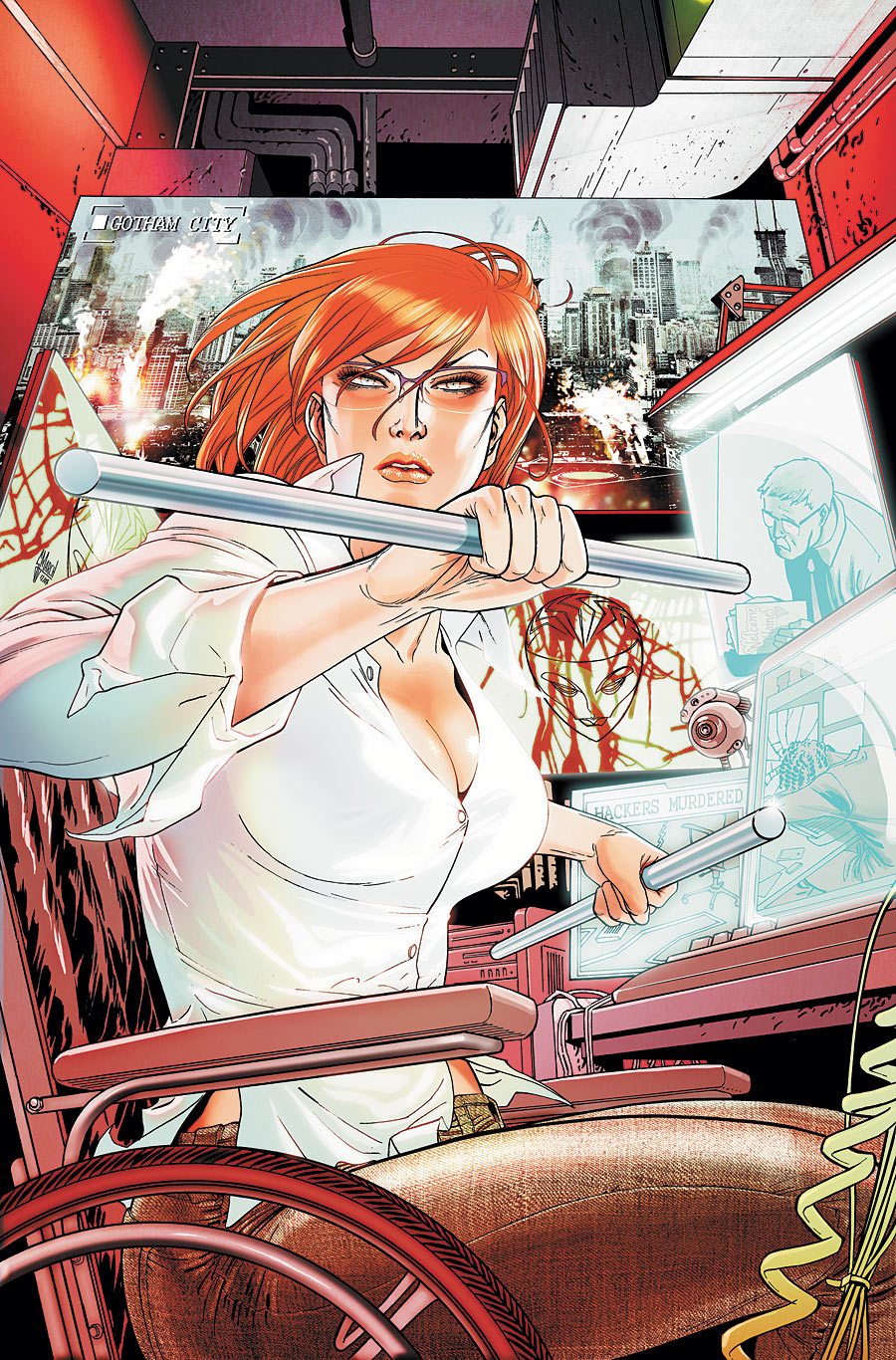 Barbara Gordon was one hero for those deprived of something either physical or mental. She stood for something unique. This is something not often seen in the superhero universe. Barbara may well have been physically handicapped, yet she cane across as the strongest of all. She could’ve been an easy target, but she decided not to be.

This was an original, inspiring, role model of a superhero, one of the best there ever was. Batgirl should be ashamed when placed beside Oracle. Batgirl was just a carbon copy of a man. Oracle was the strong empowering woman Barbara Gordon was meant to be.

That, to me, is why Batgirl shouldn’t exist, because she overshadows the true hero that is Barbara Gordon.