During an interview for his newest movie The Whale, with director Darren Aronofsky, the topic changed to Batgirl‘s recent cancellation and Brendan Fraser let us in on a few things. When the news originally surfaced, it disappointed many fans, but it was even worse for everyone that actually worked on the film.

We’ve heard from many people involved in the project, which was almost wrapped up when the plug got pulled, but this is the first time we’ve heard the beloved actor Brendan Fraser Speak out on the topic.

It’s  tragic. It doesn’t engender trust among filmmakers and the studio. Leslie Grace was fantastic. She’s a dynamo, just a spot-on performer.

Everything that we shot was real and exciting and just the antithesis of doing a straightforward digital all green screen thing. They ran firetrucks around downtown Glasgow at 3 in the morning and they had flamethrowers.

It was a big-budget movie, but one that was just stripped down to the essentials.

When asked if he has seen the rough cut of the movie that directors Adil El Arbi and Bilall Fallah put together, he answered with a simple:

Which is a lot more self-control than most fans can claim to have, ourselves included. Although we did get an unofficial movie trailer to soothe the loss a little.

With the conversation pulled away from the movie they were promoting, Aronofsky also discussed his own experience with the Batman film he had once worked on, saying:

It was after Batman & Robin, the Joel Schumacher one. That had been a big hiccup back then at Warner Bros., so I pitched them a rated-R, boiled down origin story of Batman. A rated-R superhero movie was probably 10 to 15 years out of whack with the reality of the business then.

He had also worked with the legendary Frank Miller on the script for Batman: Year One’s movie adaptation, noting:

It had promise, but it was just a first draft. The studio weren’t really interested. It was a very different take. I was always saying, “why can’t there be several different types of comic book movies out there.” Now there are. It’s just our timing was off.

Fraser will return to the DC Universe for Doom Patrol season 4 and the phycological drama, The Whale, is set to release on November 9th. 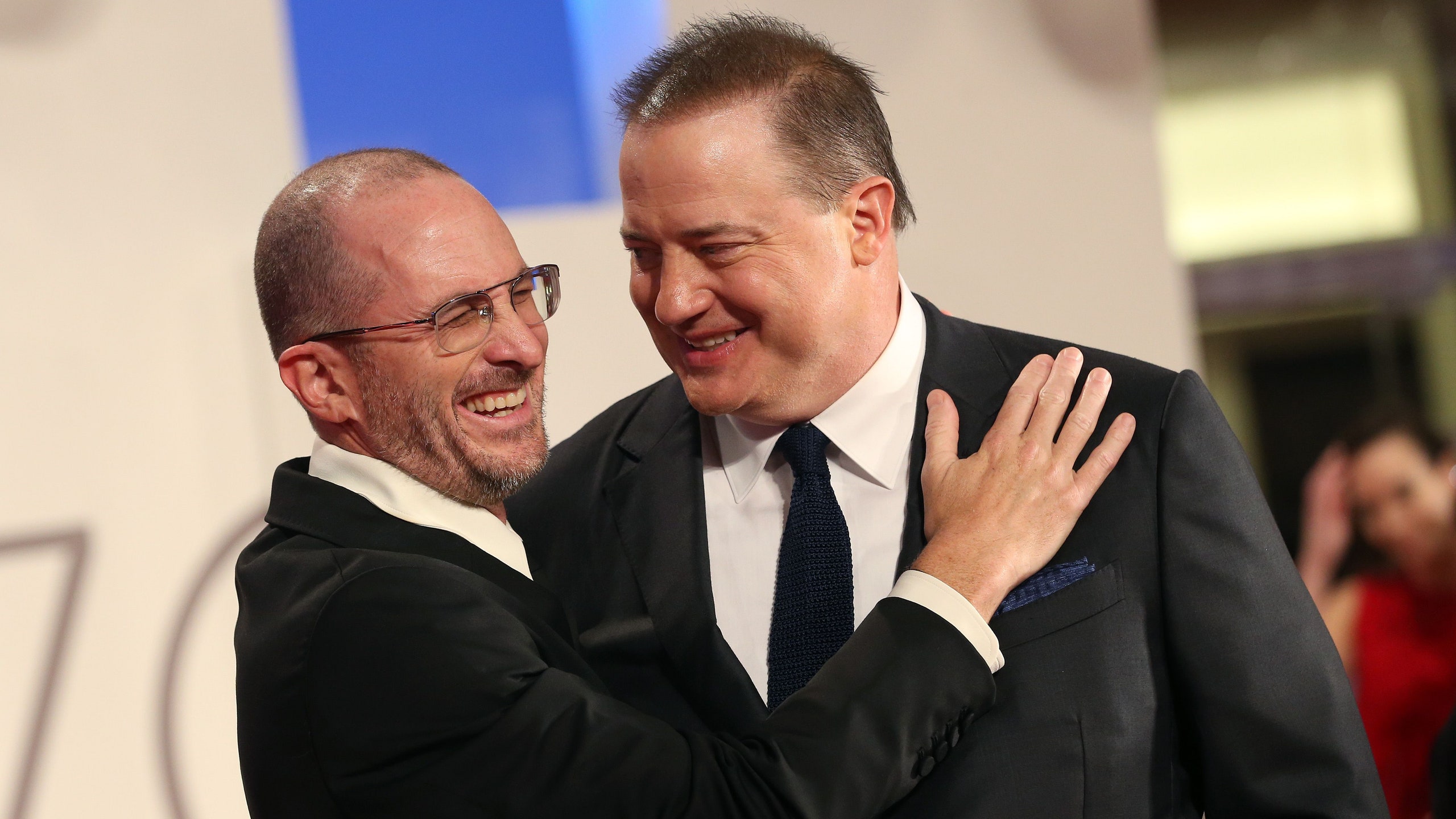 Batman and Superman Immortalised in Pewter by Sideshow Collectibles

A New Era For The Super-Family Is About To Commence

‘The Doom That Came to Gotham’ Trailer Drops

‘Batman: The Doom That Came to Gotham’ Animated...