Jane Levy Addresses Why She Should Play Batgirl

Barbara Gordon, Batgirl, Oracle. The names are synonymous with one of the baddest females in the DCU. A true role model to look up to (I know because I do). Barbara has always been smart, compassionate, and above all strong-willed, with an unbreakable moral compass. She has quite the story to her life and has had many ups and downs while being a part of the Bat Family.

Jane Levy, star of Evil Dead and Don’t Breathe, recently went to bat (pun intended) for why she makes the best candidate to play the heroine. She has also mentioned on a previous tweet to being “down” to play the role in Birds of Prey. While Levy is not the first to bring Batgirl to life on the silver screen (that honor goes to Alicia Silverstone in Batman Forever [1997]), I would love to see another take on the character.
. 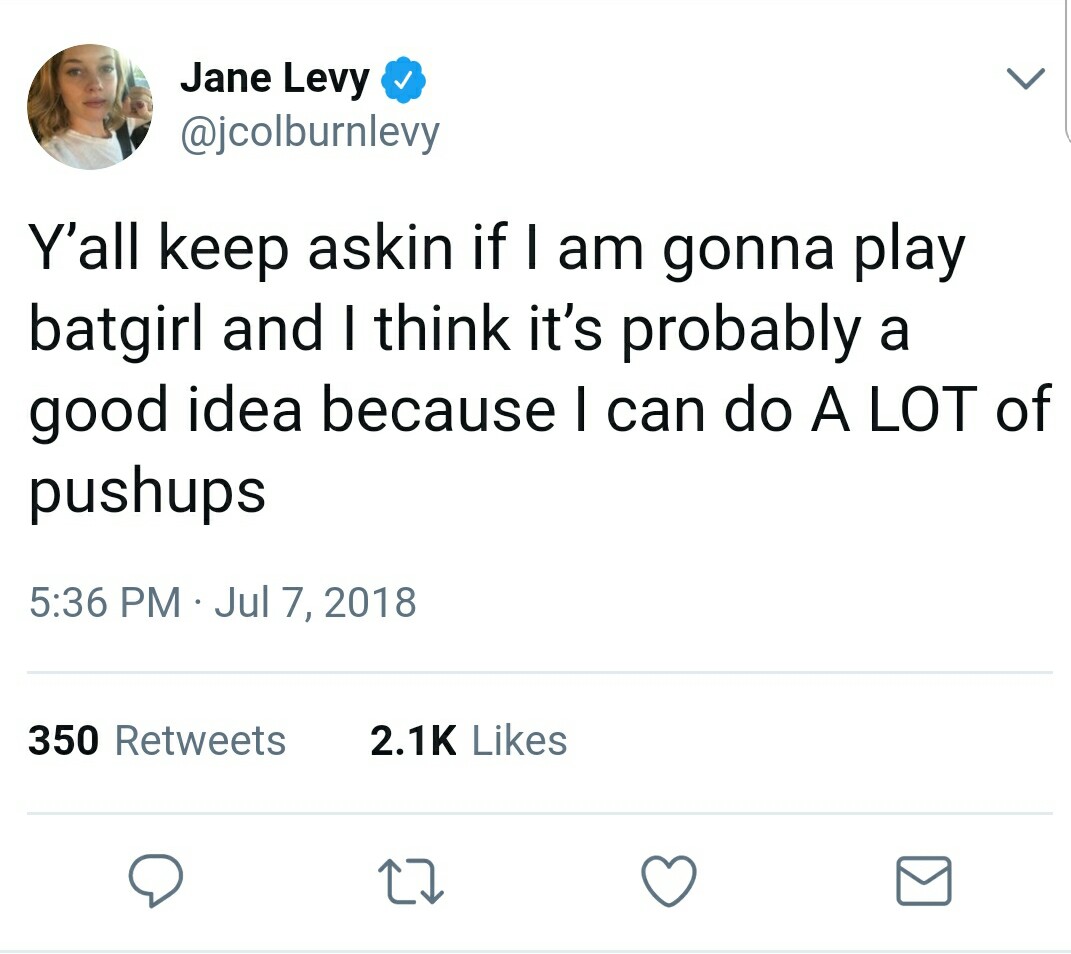 There is no current plan for Barbara being in Birds of Prey, however, there have been rumors of Barbara appearing in an upcoming DCEU movie, just not as Batgirl.

Twitter fans have been showing waves of support for Levy as Batgirl, even suggesting her and Margot Robbie tag team for a movie. In that same breath, people also suggest J.K. Simmons come in as Gordon himself.

Whether there is any validity or any plans for Barbara to make her debut in a solo or combined movie featuring the belles of Gotham remains to be seen. I anxiously await for more news to see if this will indeed come to fruition! Do you think Levy would make a great Batgirl? If not, who would you pick? Let us know in the comments and on our social media.

Joaquin Phoenix Locked In As Joker For Prequel Movie