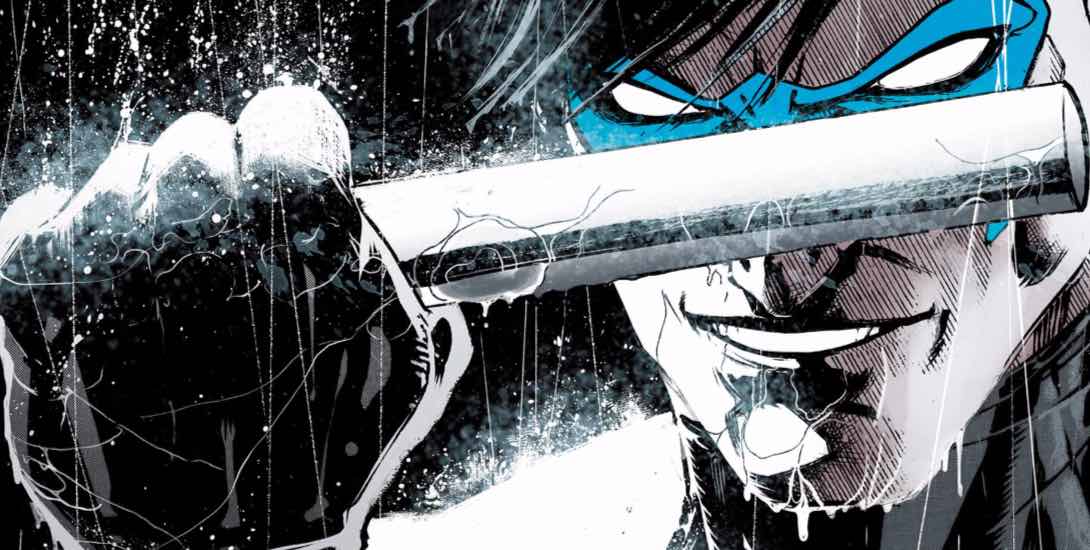 On Twitter, Tan posted a cryptic picture of him at DC headquarters with an armful of Batman comics. The picture was accompanied by the message:

Great meeting 🤔🔥 My father started in this business with Tim Burtons #Batman, soon will be full circle. #DC @TheDCUniverse pic.twitter.com/n8jmwTs1hI

While exciting news it did not necessarily point to any one role. However, That Hashtag Show did a quick interview with Tan at the Saturn Awards where he elaborated on his meeting, including talking about Nightwing director Chris McKay. Tan on what went down:

I know Chris McKay wants a martial artist, right, so that’s out there. He’s following me on Twitter, you know…there’s a lot of good juju vibes out there for that. Nothing that I can say that is confirmed. This is a project that he’s still developing and I sat down with DC, with some of the executives at DC, and they’re big fans, I’m a big fan, obviously. My father came to America, because of Batman and, you know, I definitely want to see that come full circle and give back. I’m not trading in my Marvel roots, because they started me, but DC started my dad, so it would be nice to go over there and play around and find the right thing. So we’re looking for the right thing and there were a lot of different talks and Nightwing was one of those that were mentioned, so we’ll see.

According to Tan, his father Philip got his start in America as an actor and stunt performer on Tim Burton’s Batman in 1989. The senior Tan played one of the Joker’s henchmen in the film. Lewis Tan started performing in movies and television in the early 90’s. More recently he’s made appearances in Iron Fist and Mortal Kombat. He was most recently seen by comic book fans as Shatterstar in Deadpool 2.

But is Tan ready for a starring role as Nightwing? Undoubtedly, he has the fighting physique and skills to portray an agile martial artists. Despite his Asian surname, Tan is actually also half-white. From a visual standpoint, he could definitely pull off the traditional look of a mid-twenties Dick Grayson.

Of course, the biggest question mark is if Tan has the acting chops to become the former Robin.  It is hard to say if he can handle a starring role, given most of his previous roles are limited. But, first McKay must determine if he wants Tan as Nightwing.

Check back with Dark Knight News for further updates on the Nightwing movie.