A school trip is in order for the super heroines at Super Hero High, and they’re heading to the depths of the ocean. When the Book of Legends is uncovered, things start getting weird for the heroes. Powers are swapped and the throne of Atlantis is threatened, as Warner Bros. Home Entertainment and DC Entertainment bring out DC Super Hero Girls: Legends Of Atlantis.

The feature film releases on October 2nd 2018 for $14.99 on digital download and $19.98 on DVD. There is also going to be special bonus content released with the picture that includes the previously aired T.V special Super Hero High. 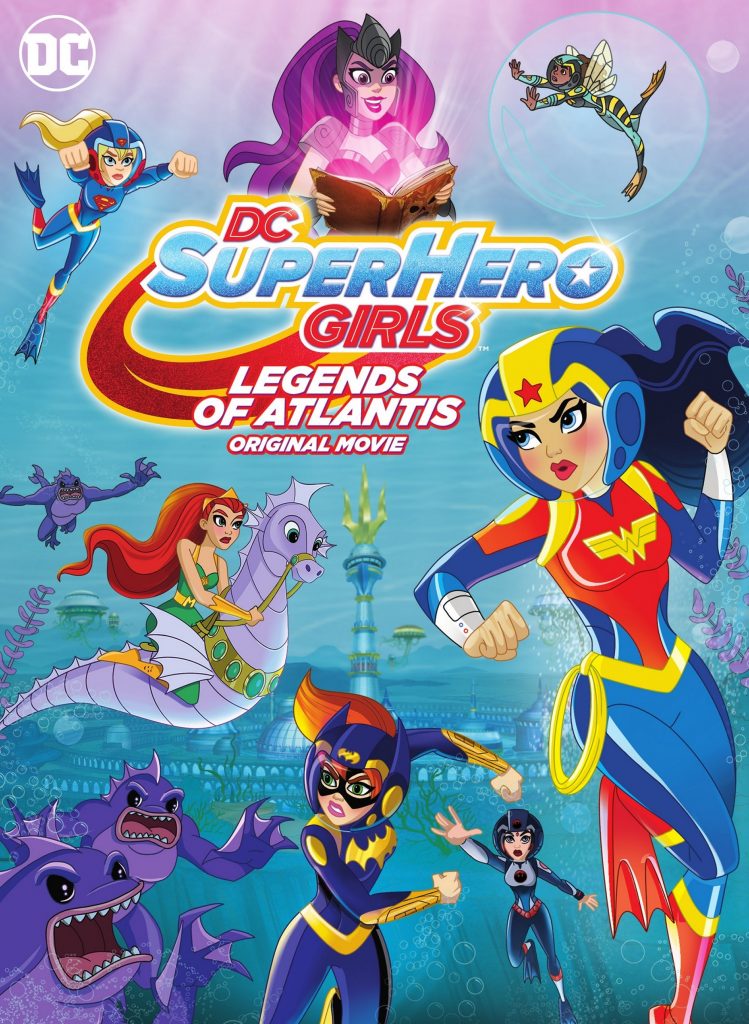 Heroes Of The Next Generation

DC Super Hero Girls is a fantastic tool for getting young kids into comics and super heroes; especially young girls. All of the characters are easy to relate to, and the show is fun and energetic.

The characters are brought to life by an incredible roster of voice talent such as Grey Griffin, Tara Strong and Anais Fairweather. Wonder Woman, Harley Quinn/Poison Ivy and Supergirl respectively.

Catch the trailer below :-