After the huge success of titles like Batman/Elmer Fudd, another wave of DC/Looney Tunes Specials, including THREE featuring members of Batman’s Rogues Gallery, is heading to comics stores all over the world this Summer.

SUFFERIN’ SUCCOTASH!
MORE DC/LOONEY TUNES SPECIALS COMING THIS SUMMER!
Following the sales and critical success of titles like Batman/Elmer Fudd, more of Warner Bros classic cartoon characters will get the DC Universe treatment this August as DC revealed new quartet of DC/Looney Tunes special one-shot issues, written and drawn by some of the top names in the DC talent family. Each 48-page issue hits comic book retailers on Wednesday, August 29, includes both a main and bonus story featuring the title characters and will sell for $4.99.
This zany title lineup includes:
CATWOMAN/TWEETY AND SYLVESTER SPECIAL #1
Written by GAIL SIMONE, with art by INAKI MIRANDA
Backup story written by SHEA FONTANA, with art by WALTER CARZON
Cover by EMANUELA LUPACCHINO
In his relentless pursuit of Tweety, Sylvester suddenly finds himself with a new, human ally—Catwoman! Tweety then realizes that he’s going to need some help too, and recruits a super-hero of his own, Black Canary! It isn’t long before the scale of the conflict begins to get out of control and suddenly there’s a full-scale war between cats and birds that threatens to take over all of Gotham.
HARLEY QUINN/GOSSAMER SPECIAL #1
Written by JIMMY PALMIOTTI and AMANDA CONNER, with art by PIER BRITO
Backup story written by SHOLLY FISCH, with art by DAVE ALVAREZ
cover by AMANDA CONNER
A violent storm leaves a large crate washed up on the beach at Coney Island. When Harley breaks it open to see what’s inside, she suddenly has a new playmate to add to her cast of friends—a large, furry, orange beast called Gossamer. It’s all fun and games until a giant robot attacks them. But who sent it? Harley immediately suspects only one man, but is it really The Joker behind this destructive rampage? 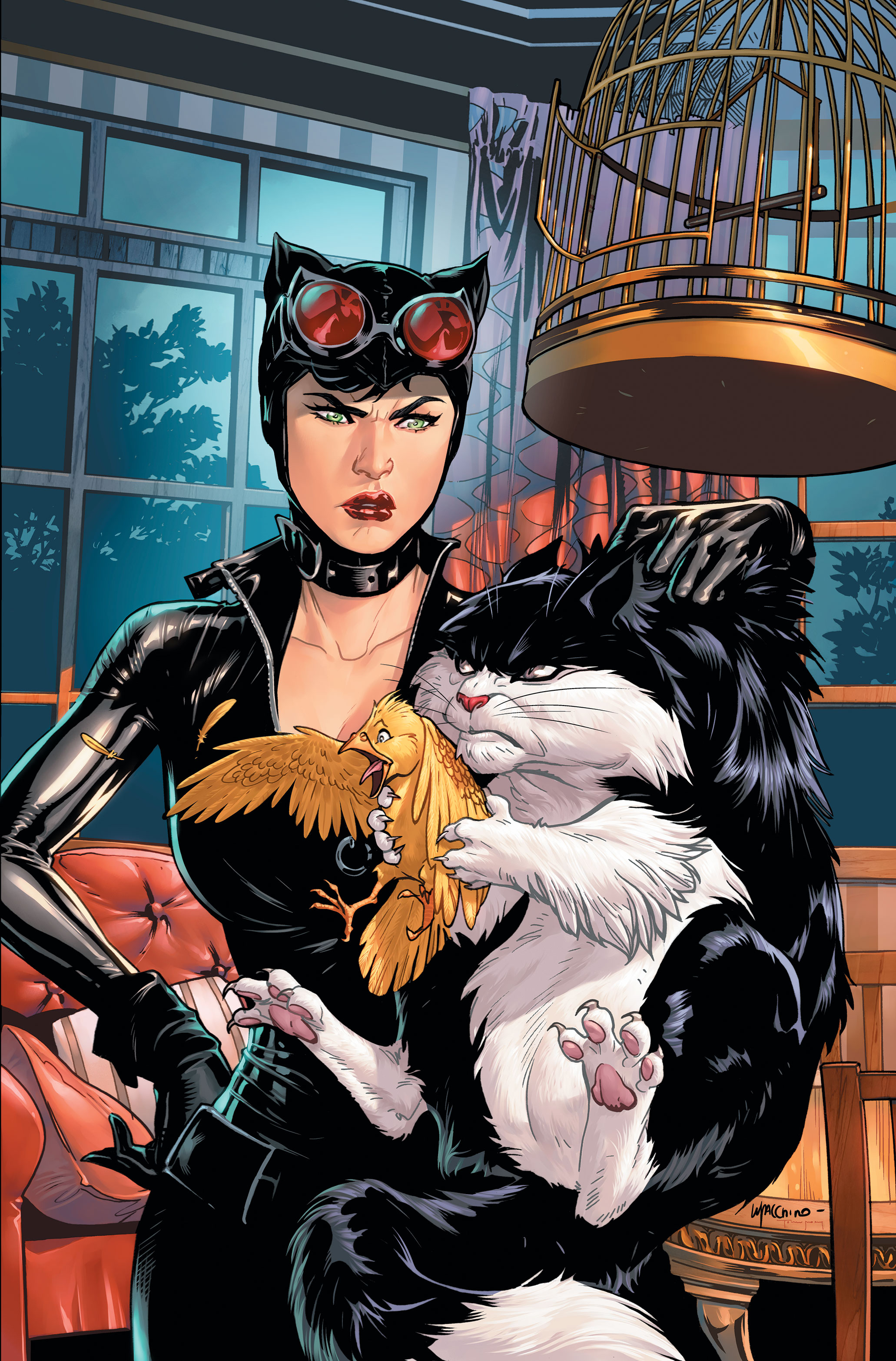 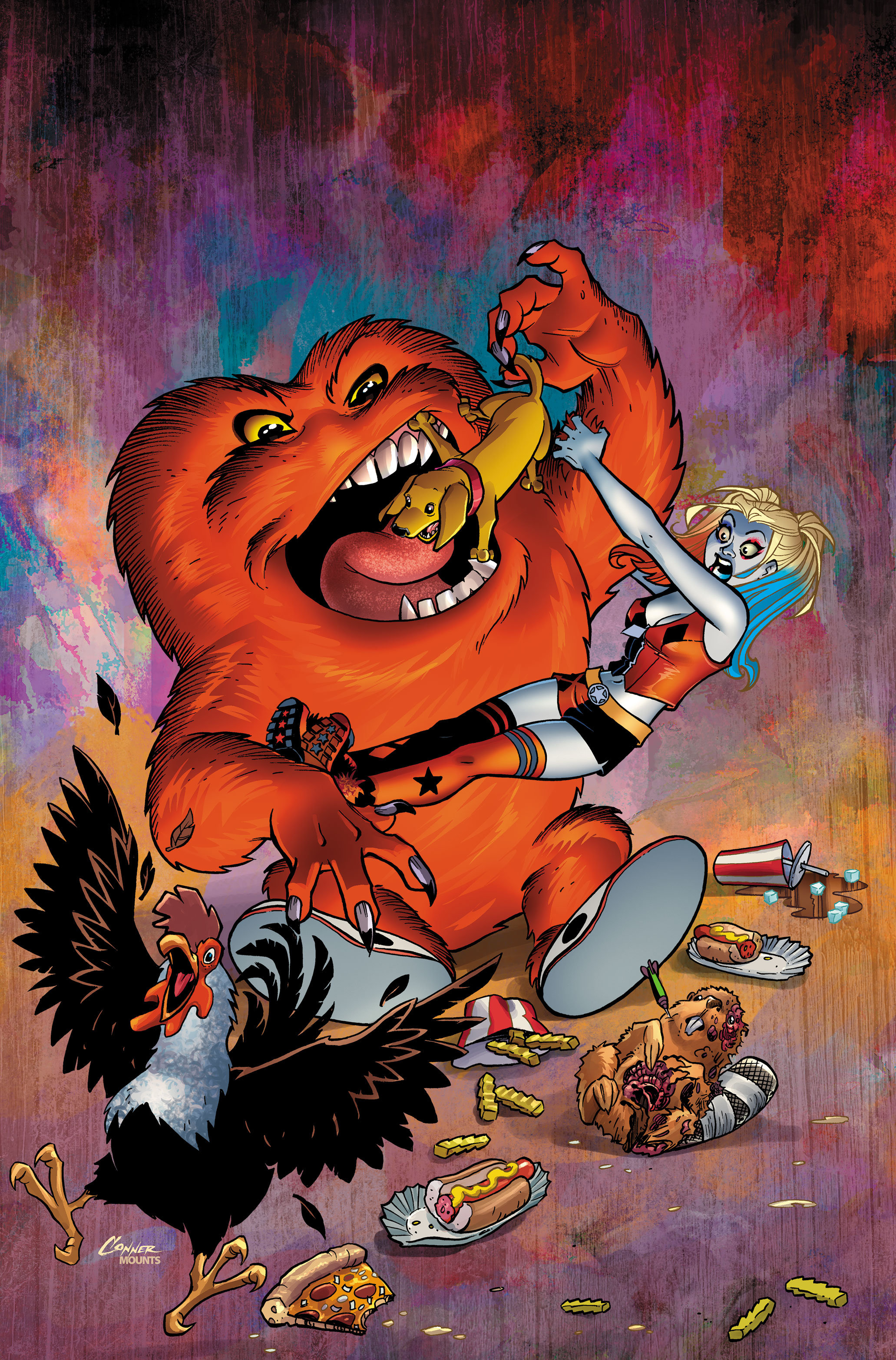 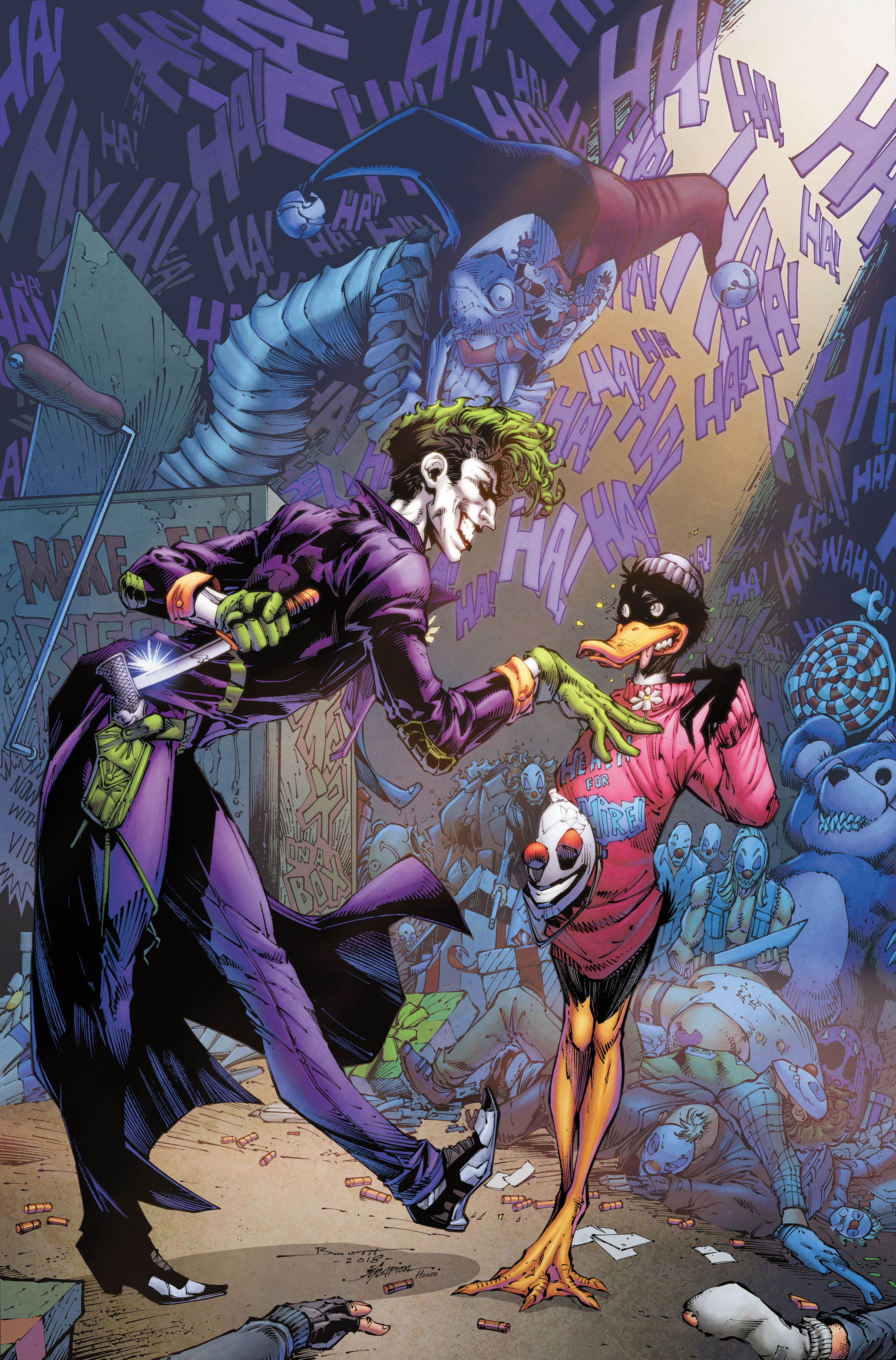 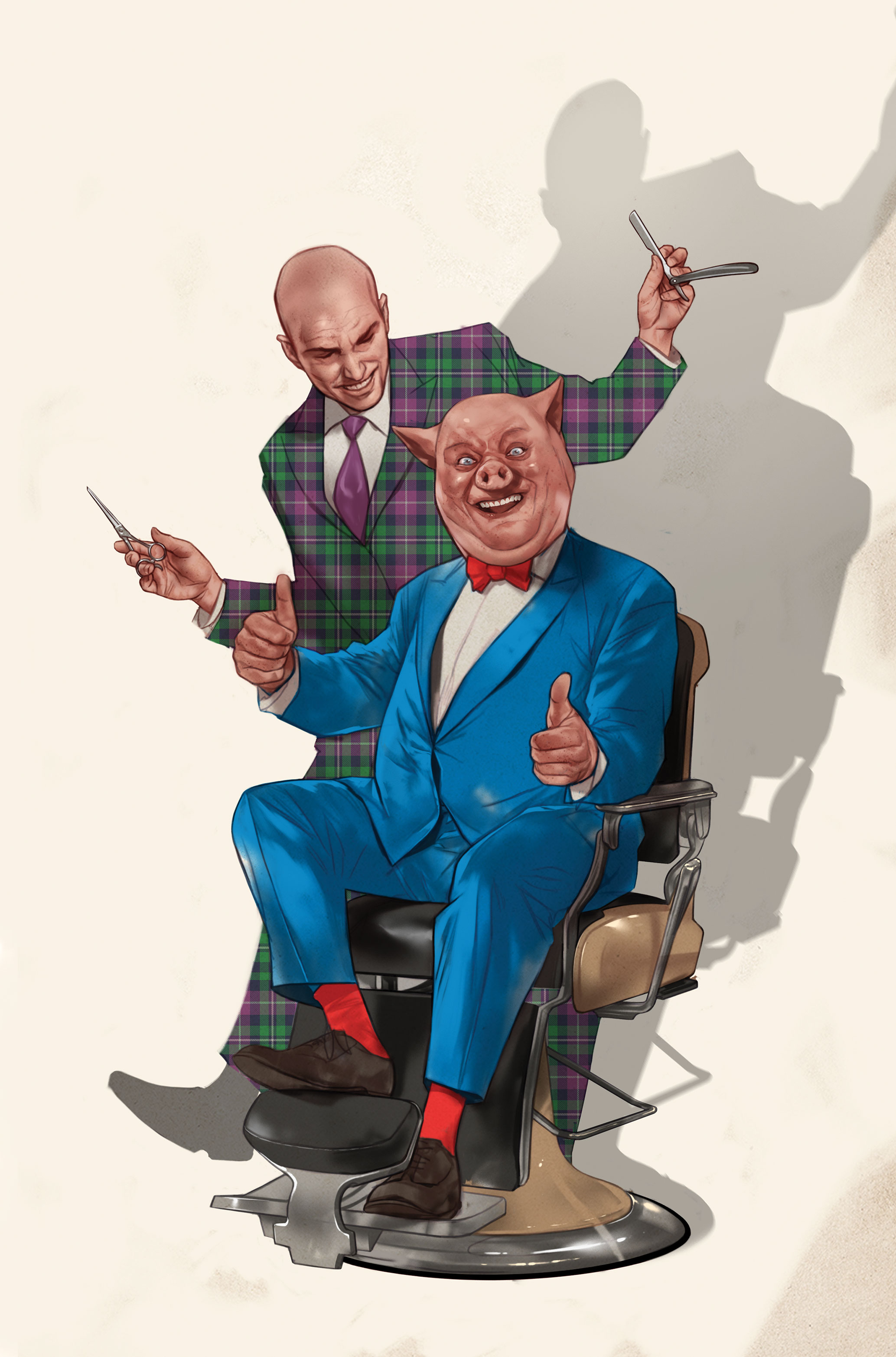 THE JOKER/ DAFFY DUCK SPECIAL #1
Written by SCOTT LOBDELL, with art and cover by BRETT BOOTH and NORM RAPMUND
Backup story written by JOEY CAVALIERI, with art by LUCIANO VECCHIO
When Daffy Duck pays a call to the Acme corporate headquarters in Gotham City, he finds the company long gone and their abandoned building now occupied by The Joker. With a hit in progress, Daffy tries to sneak away, only to find himself in the clutches of the Clown Prince of Crime. But Joker decides that there’s some potential in this manic bird and forces Daffy to join his gang. Will he find a way to escape…or will he become The Joker’s new right-hand duck?
LEX LUTHOR/ PORKY PIG SPECIAL #1
Written by MARK RUSSELL, with art by BRAD WALKER and ANDREW HENNESSY
Backup story written by JIM FANNING, with art by JOHN LOTER
cover by BEN OLIVER
Facing financial and personal ruin, a desperate Porky Pig applies for and gets and entry-level position with LexCorp. Grateful to his new benefactor, Porky becomes Luthor’s most loyal employee and defender. But when a major scandal breaks in the news and Lex is called before a Congressional Committee, guess who is about to be offered up as the sacrificial pig?

I loved the first wave of specials. Seeing the extraordinary list of talents lined up for this set looks like great fun too. Having Jimmy Palmiotti and Amanda Conner back on Harley Quinn has already got my wallet a’ rumbling!
Which new team-up has you the most excited? Please let us know!

Holy Crossover! Batwoman To Appear In Arrowverse Next Season