Yes! It finally happened; Matt McGinnis is Robin. After decades of speculation and waiting, Batman Beyond finally has his own sidekick.

At the end of issue #18 we left Terry and Ten at the mercy of Payback. Left with no option, Bruce Wayne sent trainee crime-fighter Matt McGinnis out to aid his brother. This issue opens with the new Boy Wonder racing to Batman’s rescue… on an all-new flying Robin-Cycle.

As Matt would no doubt say at this juncture, “Totally schway!”

I loved the Batman Beyond TV show, and was absolutely aching for Matt to take on the Robin mantle. Sadly the series ended before this could happen, so Mr. Jurgens has made one this old fan-boy’s dreams come true. 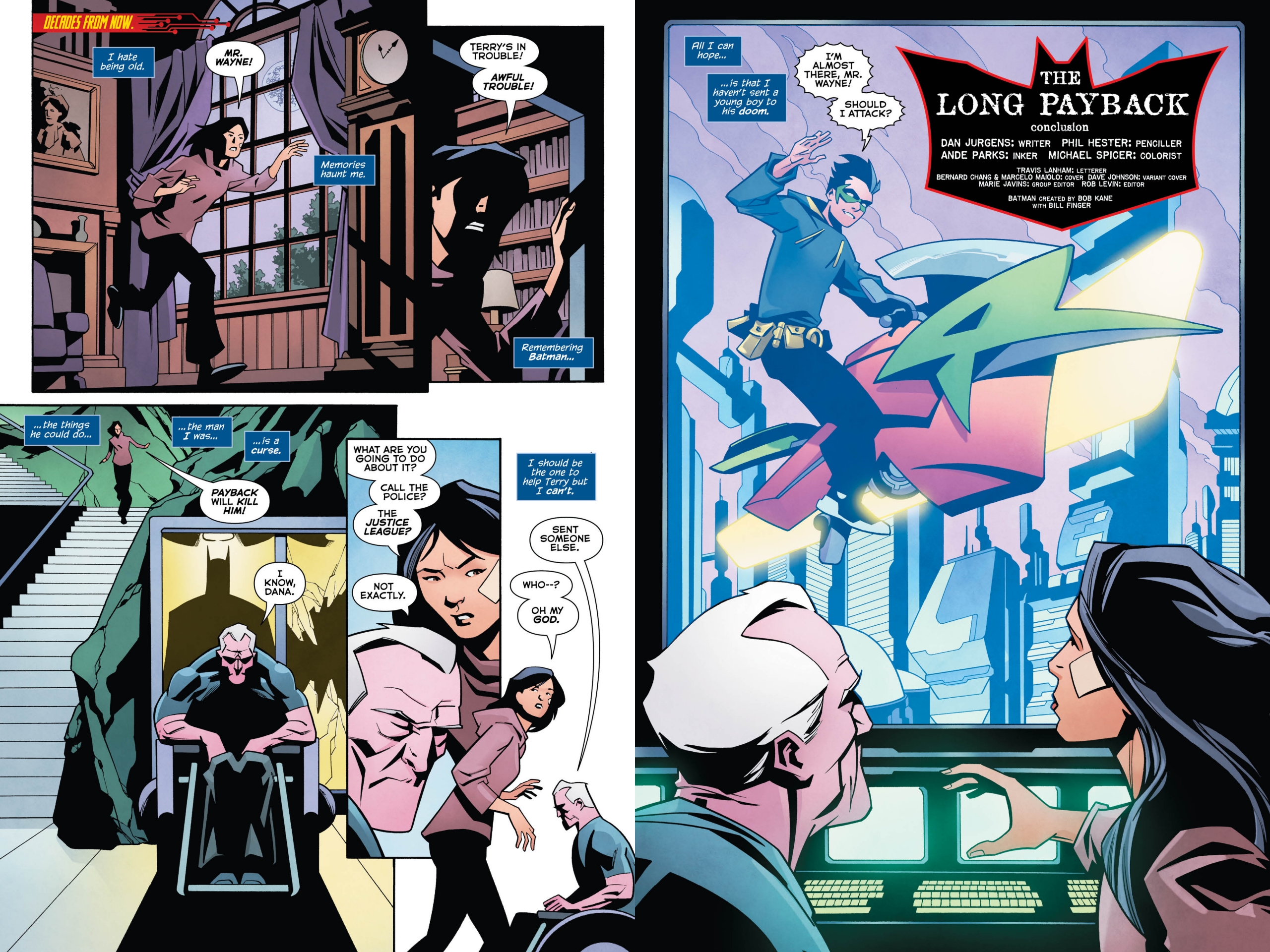 As we’ve come to expect, Dan Jurgens has written another terrific romp. Tons of action, larger than life characters, and buckets full of adventure. Bringing Payback back for payback (try saying that ten times fast) was also a great move… making him the original character’s dad, out for revenge, was a masterstroke!

Phil Hester and Ande Parks continue to impress with their art. Their years of working together makes their chemistry palpable. When combined with the color art of Michael Spicer this book is elevated to look like an animated movie. Their style is kinetic, and their characters leap off the printed page. Look at the first five pages, reproduced above. Bruce’s facial expressions, Terry as Batman burning up under Payback’s onslaught, Matt flying to the rescue… great stuff.

There are deep and meaningful comics and novels. There are kiddy comics. There’s good, there’s bad, and everything in-between. Batman Beyond is one of those books that you just know you’re going to enjoy, as soon as you pick it up. It marries intelligent action, with good old fashioned fun, every single month. I love it.