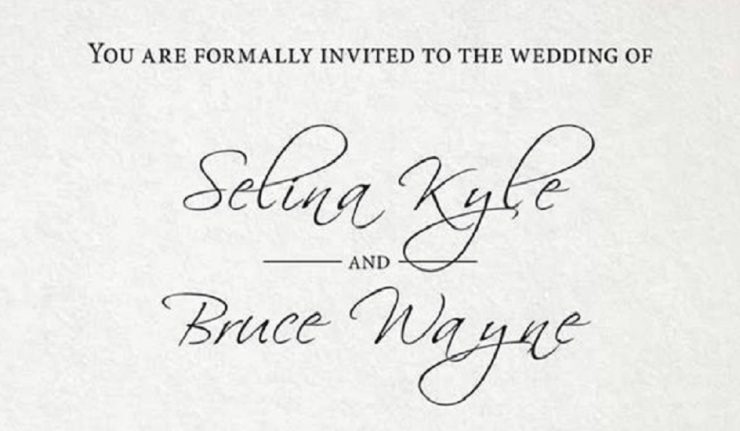 As a comics fan, I can truly say that we may well be living in a new golden age. Blockbuster movies every year, amazing books on the shelves, and regular comics events abound. DC Comics in particular are really pulling out all the stops. One of the highlights of 2018 will no doubt be the Batman / Catwoman wedding.

The comics publishing powerhouse is really going all out to promote this event. When visiting my local comic-book store yesterday I was given a gorgeous invitation / order form which had been sent out to retailers worldwide. This lovingly made mock-invitation gives fans the opportunity to order the main 5 part story, or the full 10 issue crossover.

The Wedding Of The Century

The main story begins in the long anticipated DC Nation #0, which will be available in print form for just 25 cents on May 2nd. It continues into the main Batman book for issues #48 and #49, before culminating in the ceremony itself in Batman #50. Bruce and Selina have already purchased, or pilfered, their glad-rags for the big day, designed by artists Joëlle Jones and Mikel Janín. 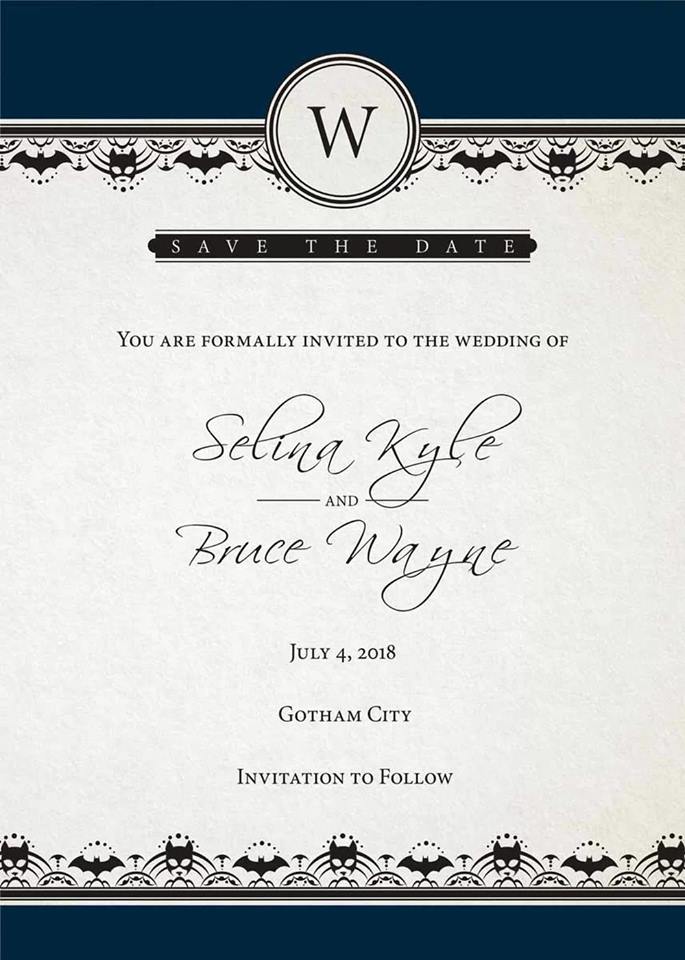 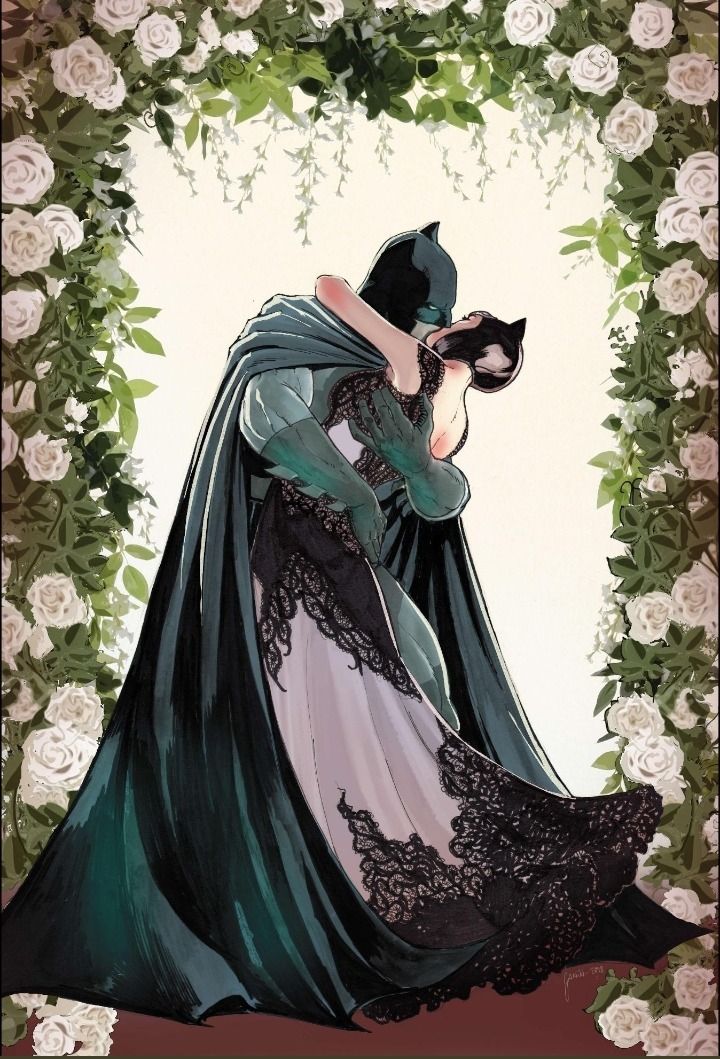 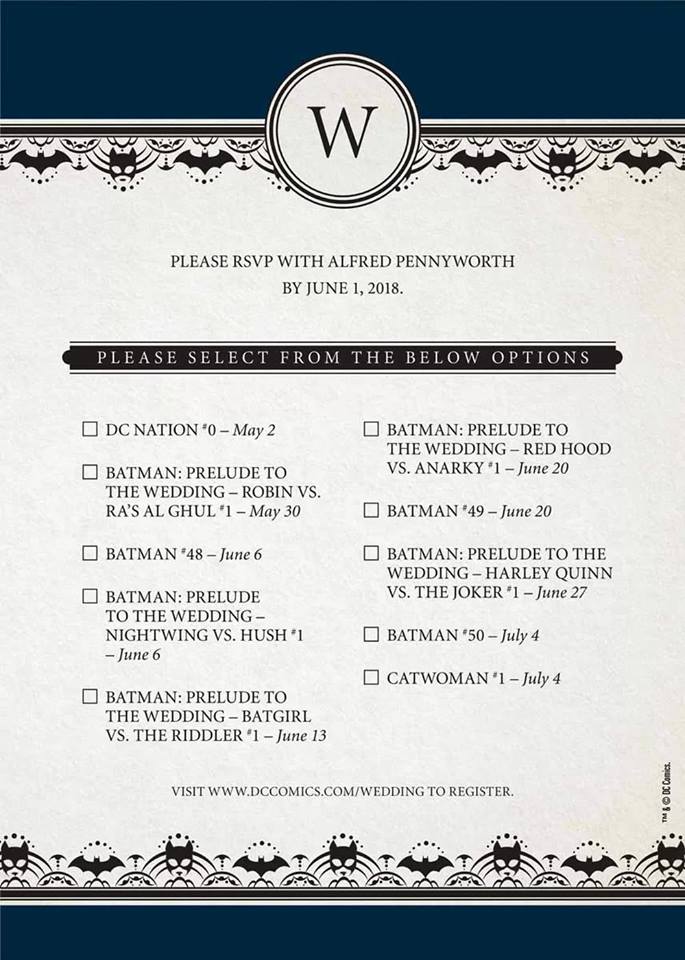 Immediately following the wedding comes the first in all new Catwoman series, written and drawn by Joëlle Jones. Both these issues will be released on the 4th of July, giving fans double cause for celebration.

Batman: Prelude To The Wedding – Robin Vs. Ra’s Al Ghul (To be released on May 30th)

Batman: Prelude To The Wedding – Nightwing Vs. Hush (Released June 6th, to coincide with Batman #48)

Batman: Prelude To The Wedding – Batgirl Vs. The Riddler (Out on June 13th)

Batman: Prelude To The Wedding – Red Hood Vs. Anarky (June 20th, to coincide with Batman #49)

Batman: Prelude To The Wedding – Harley Quinn Vs.The Joker (June 27th, a week before the wedding)

I’ve got my invite, and have placed my order. Get yours quick, you won’t want to miss out… it looks like it’s gonna be one heck of a party!