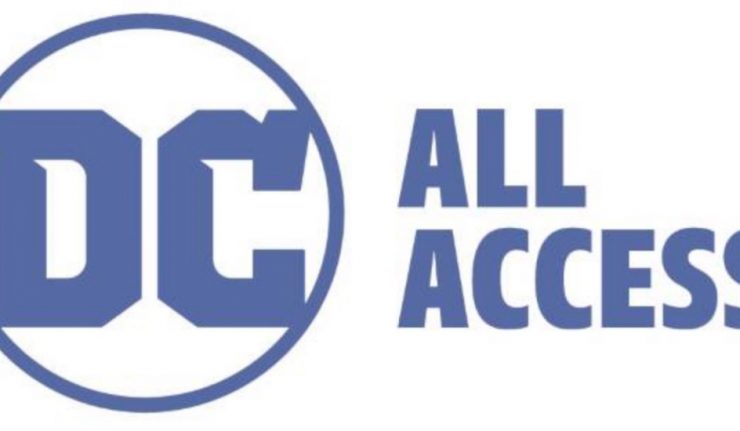 DC All Access has broadcast a new episode, live from Wonder Con.

This latest show highlights the ending to Metal #6, Aquaman versus Wonder Woman, Suicide Squad: Hell to Pay, and the Injustice 2: Legendary Edition trailer.

Dark Knights: Metal is coming to an end.  Or is it just the beginning? Find out from Scott Snyder how his thank you to the fans has expanded the DC Universe in ways never thought possible before.  Find out what Batman has always meant to Scott and what the finale means for the future of our favorite heroes. See what it means to moneyball the Justice League and get a preview of some of Greg Capullo’s mind-blowing art in this episode of DC All Access captured at WonderCon 2018.  Plus Plastic Man escapes from the egg, and… Joker Dragons!

It’s the conflict that destroyed the planet in Flashpoint—will it do the same to DC All Access? In this week’s versus segment, we’re pitting ally against ally, Wonder Woman against Aquaman! Will our Amazon princess bring down Atlantis’ king? Or will news of Arthur’s victory be sung across the seven seas? We asked a few WonderCon fans to weigh in, but let us know your thoughts on who would win below!

How many DC villains can you fit in a movie? You can find out in Suicide Squad: Hell to Pay, the newest DC Universe Original Movie! DC All Access spoke with much of the voice cast at the movie’s World Premiere at WonderCon, who shared their thoughts on what makes the Suicide Squad unique and teased some of the mayhem you’ll see onscreen.

Injustice 2: Legendary Edition is available now! Get the complete Injustice 2 roster with all 10 DLC fighters, including all the characters from the 3 Fighter Packs and Darkseid. 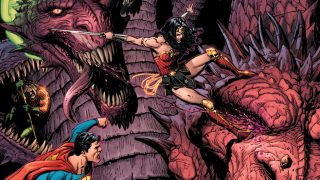