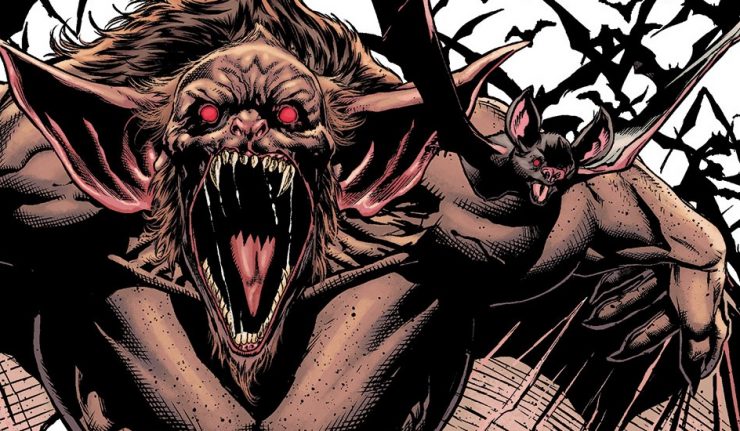 Batman v Superman: Dawn of Justice could have featured a Batman villain that doesn’t get as much show time as some of the others. Man-Bat was created in 1970 by Frank Robbins and Neal Adams, debuting in Detective Comics #400. Since his creation, Man-Bat has appeared in animated TV shows and video games, but never in a live action film. A creature that resembled Man-Bat was seen in Batman v Superman: Dawn of Justice however, when Bruce visited his parents graves in a nightmare.

A Man-Bat Of Nightmares

As seen above, concept art for the film shows something that very closely resembles the Man-Bat from the comics. This representation of the creature Bruce saw in his nightmare would have been an interesting look into Bruce’s psyche, showing a much more batlike persona for the creature haunting him.

We’re still waiting for the first live adaptation for Man-Bat to appear on the big screen, but if these concept drawings are anything to go by, we may not be waiting much longer.