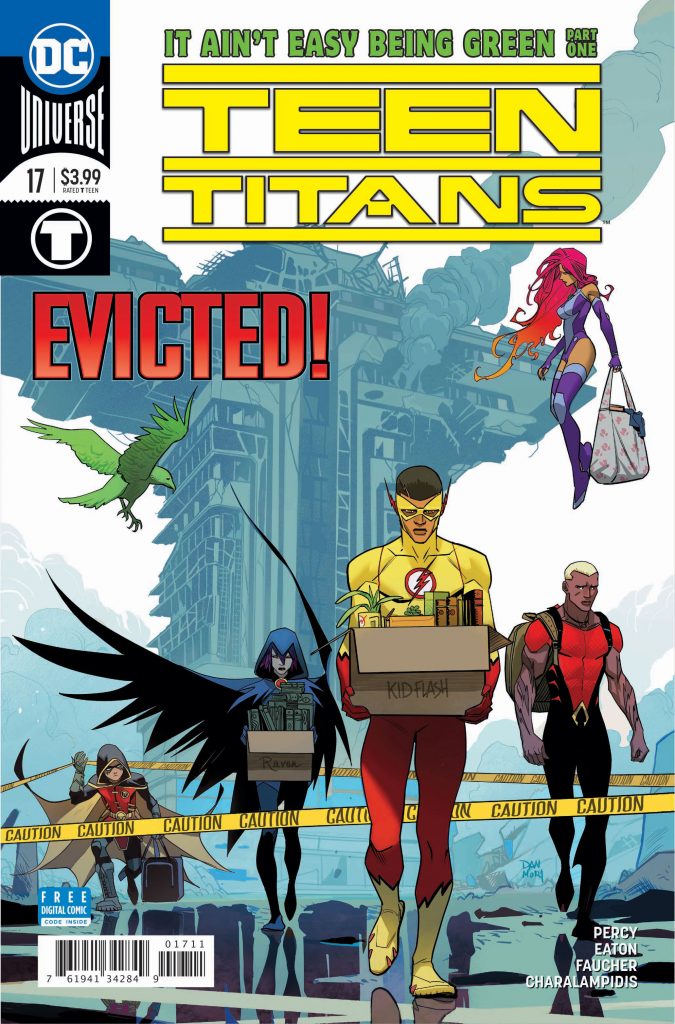 Ben Percy’s Teen Titans story returns from a crossover with Sons of Tomorrow! Teen Titans Tower is destroyed; the team left in shambles. While the Titans rummage through what remains of their earthly possessions, some respond with maturity and optimism. Beast Boy, however, responds with an uncharacteristic pessimism.

Teen Titans #17 is a Beast Boy-centric issue. Here, the usually affable character is anything but. Angst overwhelms Gar as he struggles at the loss of his home. It triggers recurring traumatic memories of a life long lost. Despite his power, Gar is deeply and emotionally scarred. Gar’s inability to cope with his feelings leads him to self-medicate, seeking alternative ways to numb the pain. The combination of his pain and a beautiful stranger convince him to find solace in a mind-altering device named “The Pixie.”

As Gar wrestles in self-imposed isolation, action pulls the rest of the Titans away from their grief. But intrigue soon follows. The Titans discover something amiss. Preying inside the mind of a local student is the same mind-altering device.

The writing is clear and compelling. The storyline involves real-life issues of bullying, drug addiction, and emotional baggage mixed with comic book intrigue of team dynamics, powerful beings, and mind-control. Readers are left wondering who this mysterious “Joran” is and what her motivations truly are. I would have liked a bit more space in the issue – space for scenes to set and dialogue to settle. The fast-paced issue could perhaps benefit from more breathing room. Emotions would be “felt” rather than “told.” For example, Beast Boy proclaims his need to “fly solo” but is never seen alone thereafter. Instead, allowing space for Gar to wallow alone would trigger deeper empathy from readers. If this is a device to show Gar doesn’t know how to be alone – then, well done! Regardless, it will be interesting to see where this storyline progresses. 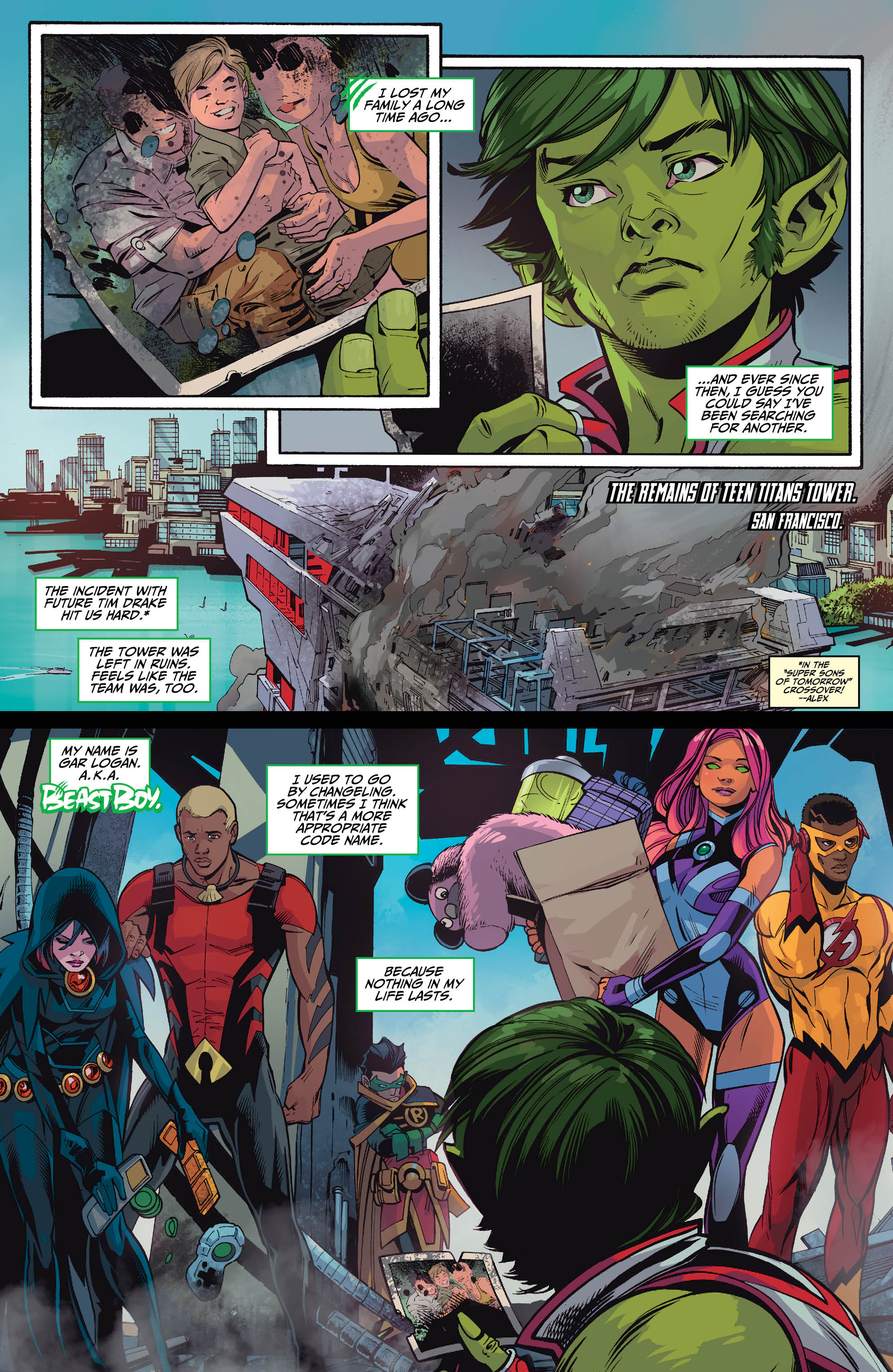 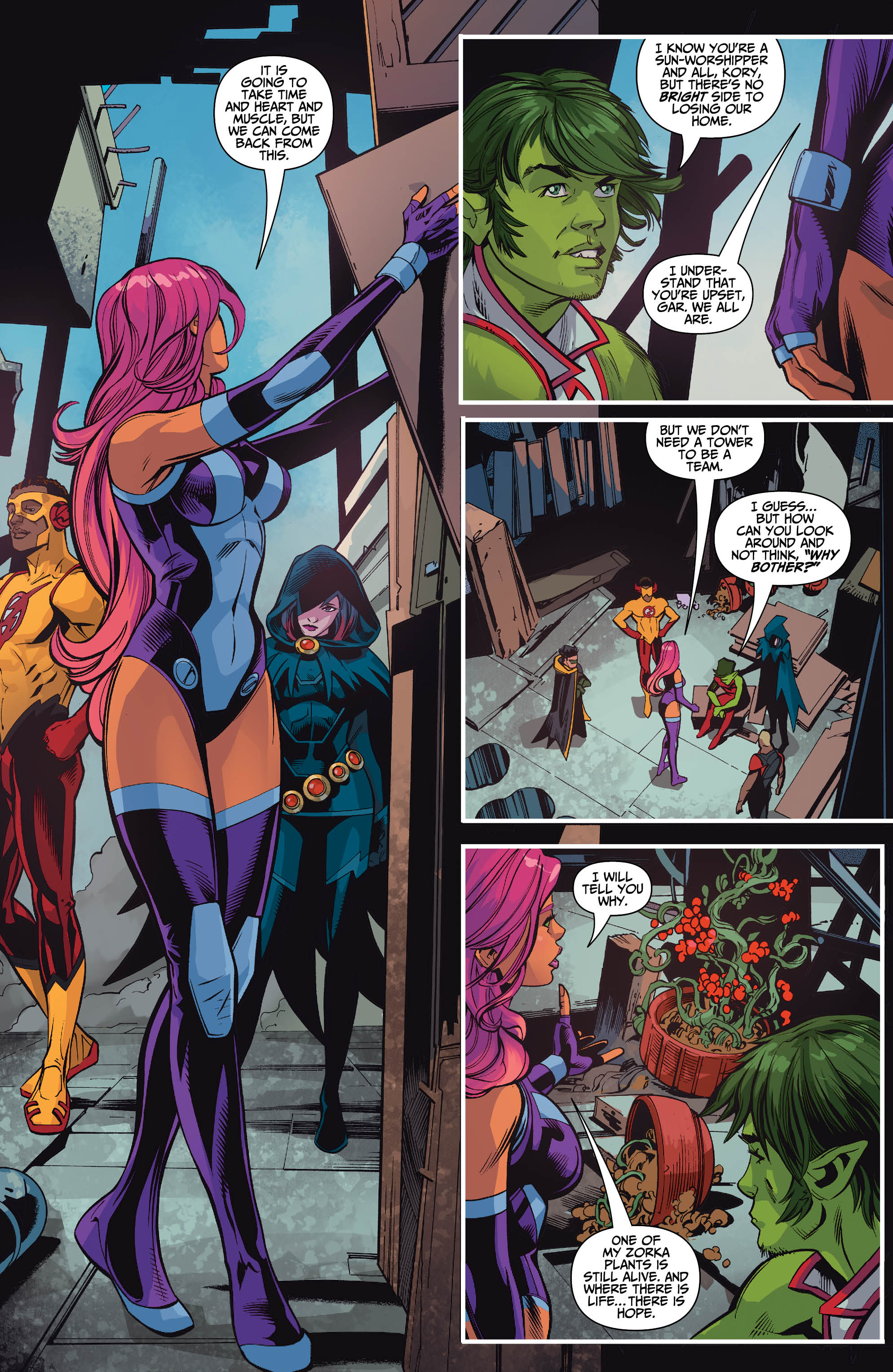 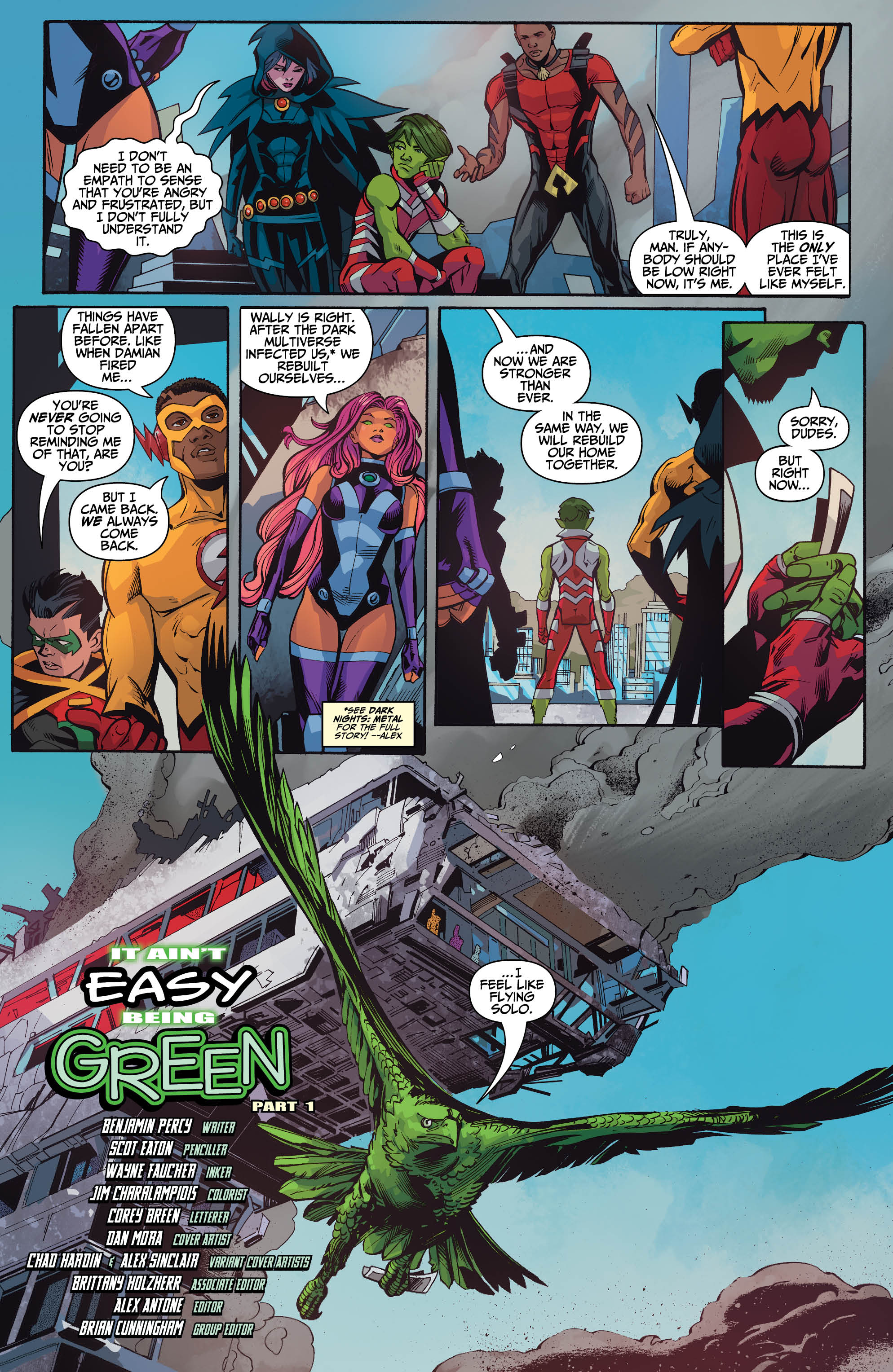 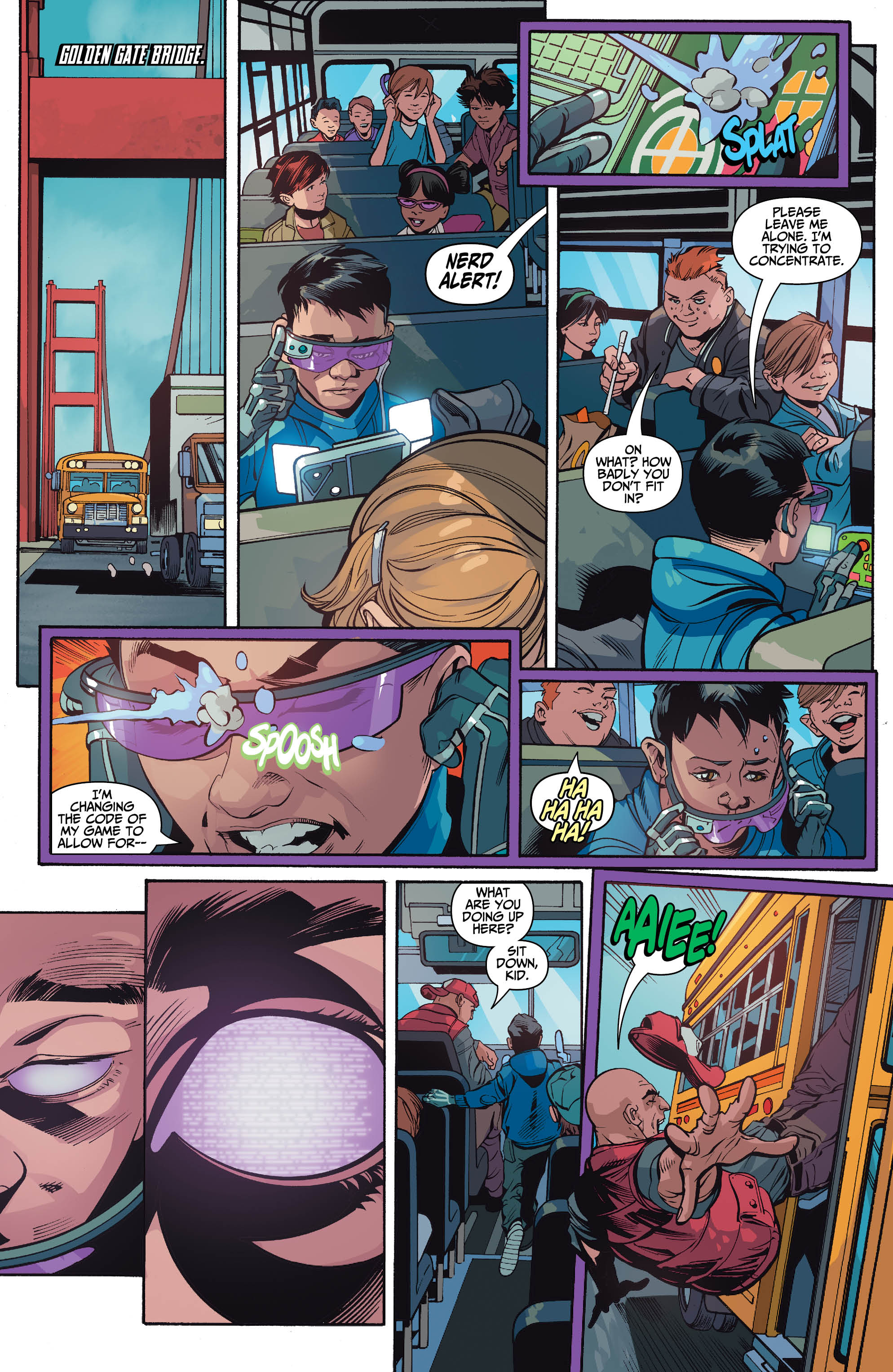 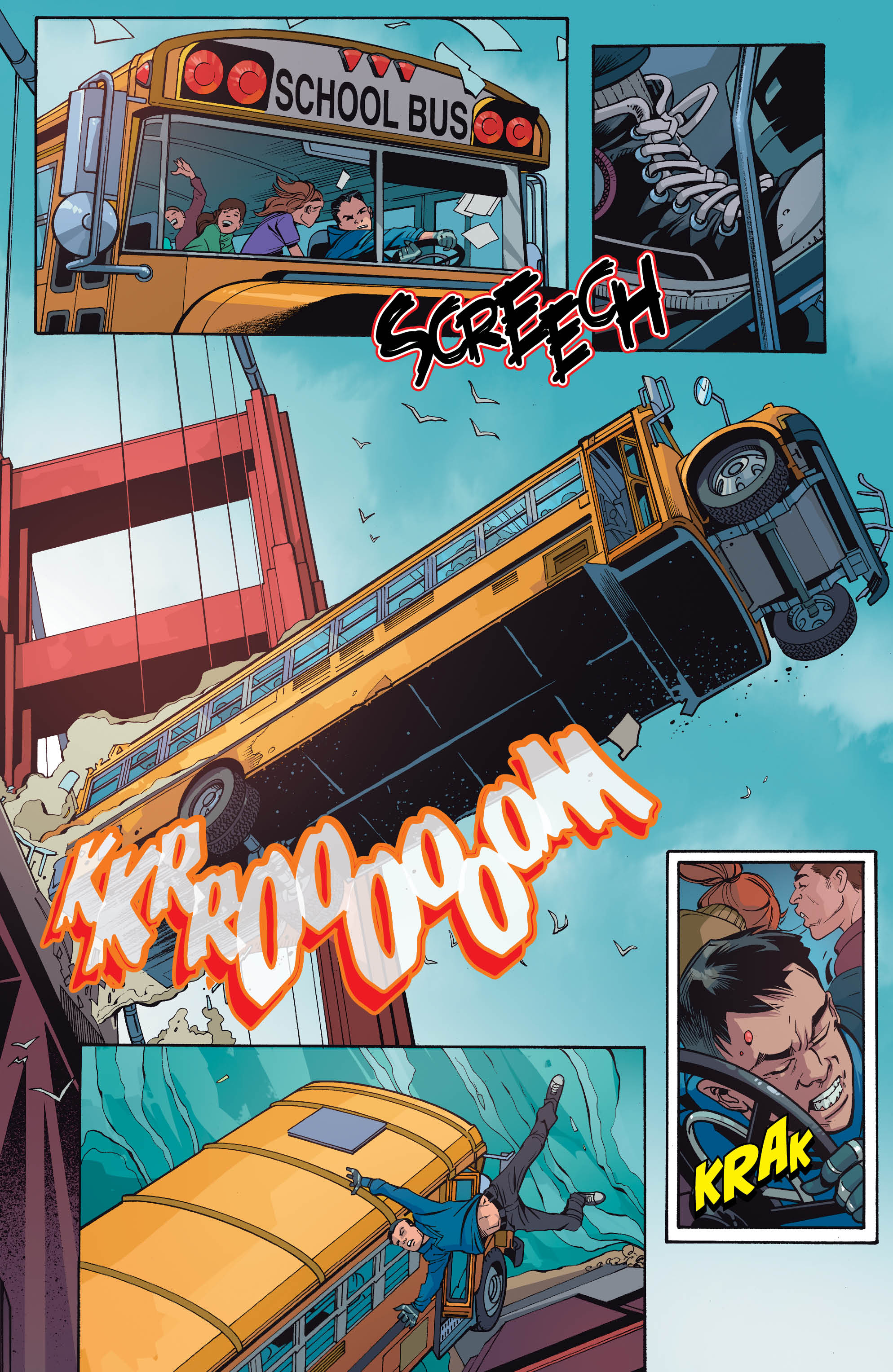 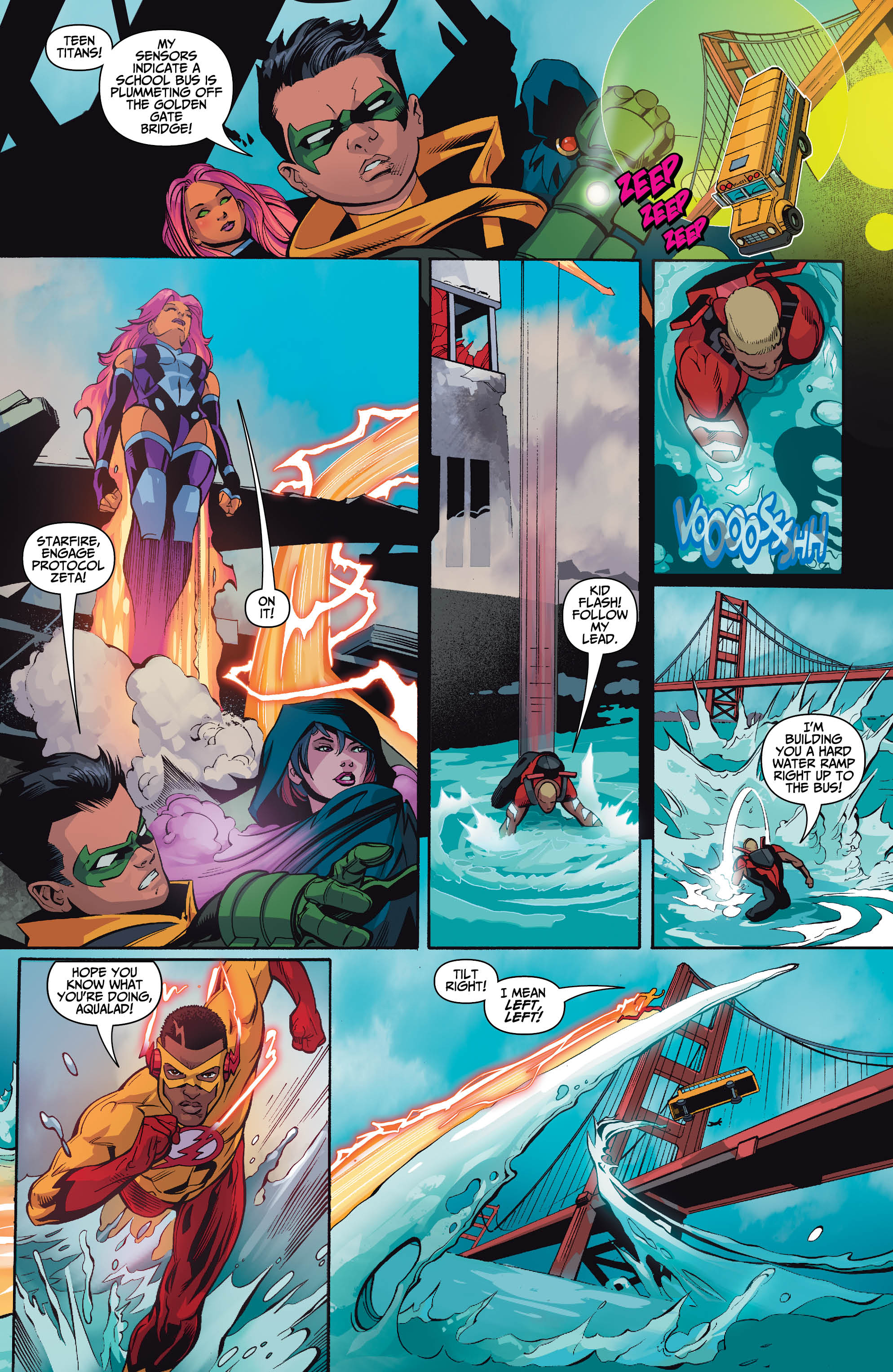 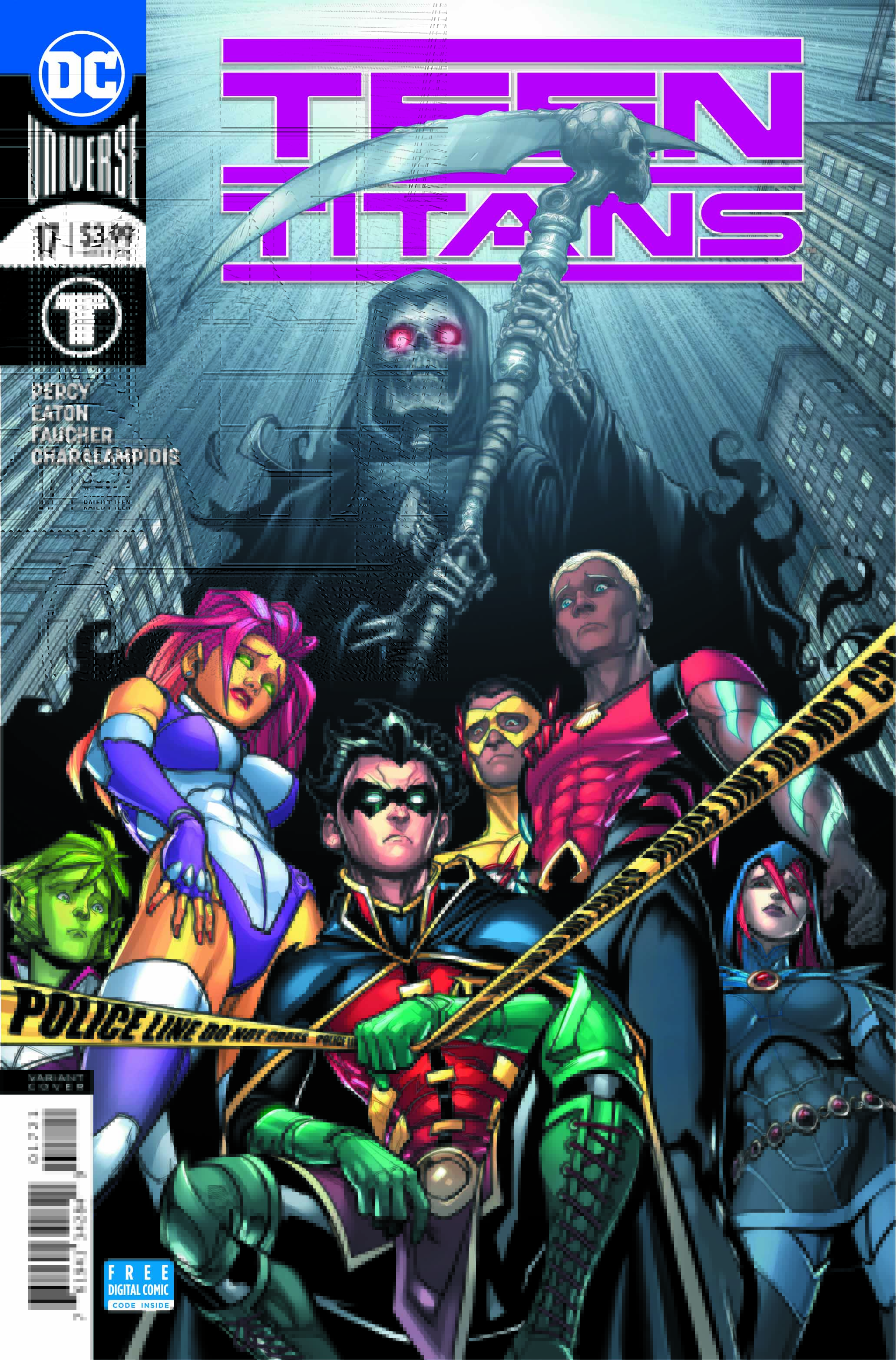 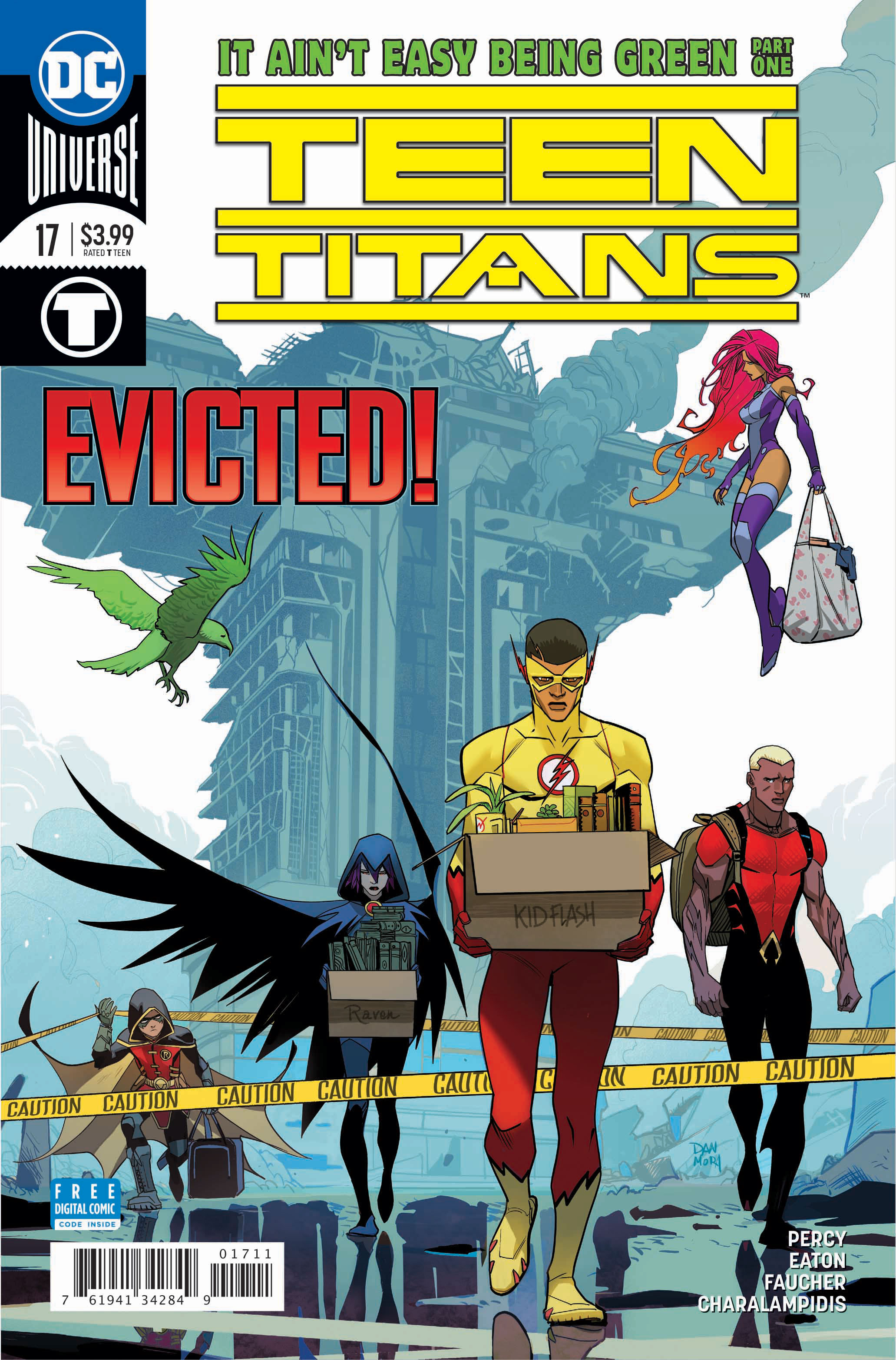 Teen Titans #17 is well rendered and full of color. Lines are clean and crisp. I really enjoyed the inclusion of art from Teen Titans Go!, which is my kids’ favorite show. The panels move the eye easily through the pages. Beast Boy’s face is rendered different ways throughout the issue – not just with expressions – but in its form and features. This is minor and takes no joy or quality from the issue. Another minor critique is the seeming lack of space in the issue. Like the dialogue, the panels are full and leave little room for rest. Again, if this is a device, then my critique is moot.

Teen Titans #17 is a good read and solid issue. Readers without knowledge of the crossovers might have some catching up to do at first. However, the issue isn’t dependent on these others. The art is enjoyable and the story is intriguing. Yet, the issue sufficates from being over-packed with little room for the emotion of the story to breathe. Still, it will be interesting to see where Percy takes Gar and develops him as a character in subsequent issues.