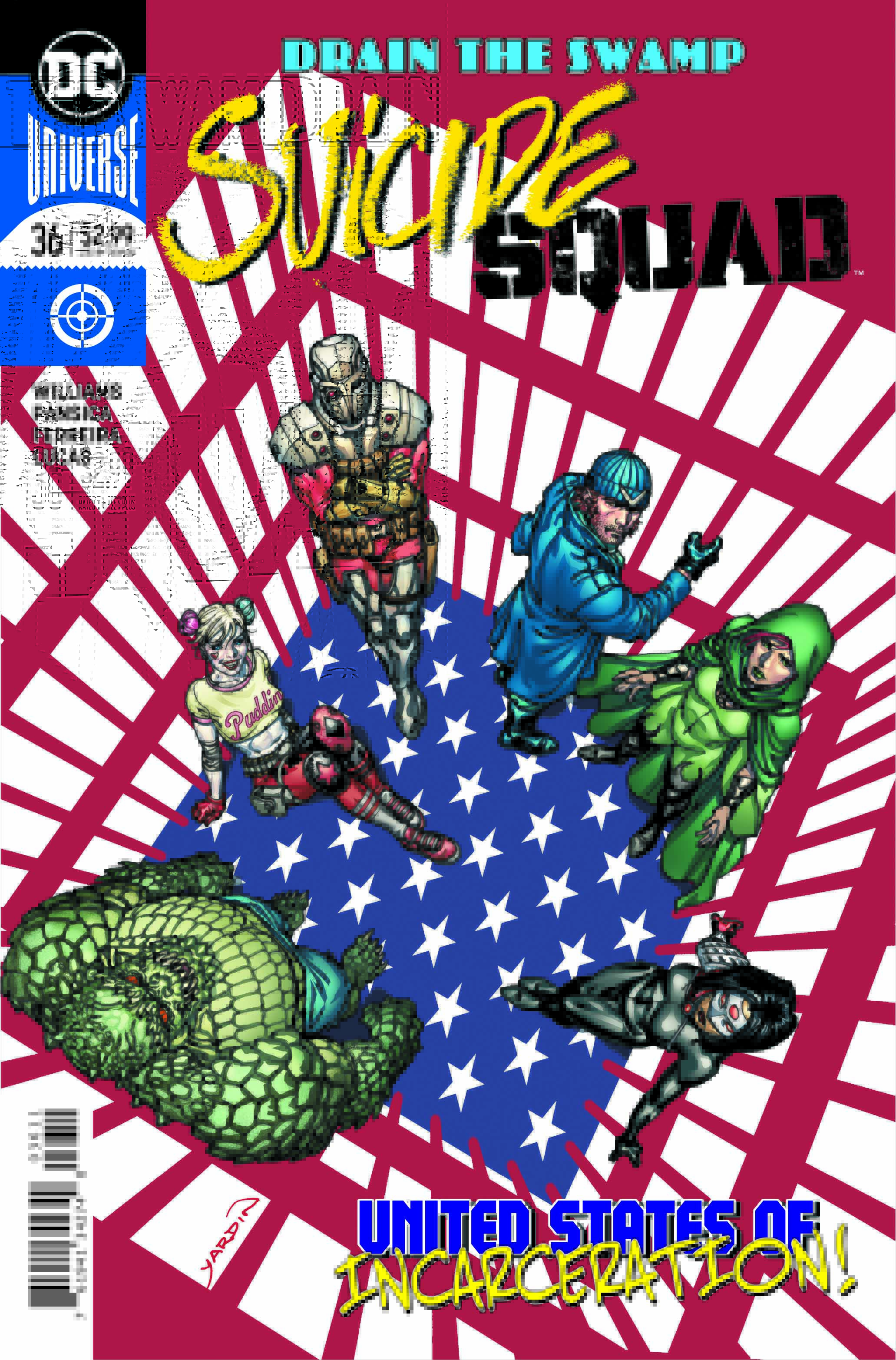 Hack has returned and is on the hunt for revenge. Belle Reve is under her control and she’s let out all the prisoners. Williams writes Hack in a radically different manner, but then I suppose dying would alter one’s outlook. The squad are flying into Belle Reve, after a difficult battle against Damage in the last issue. Looking forward to getting some rest, Hack however, has other ideas. Taking control of the equipment in the building, and even the implants that the squad has, Hack subdues them quickly and efficiently.

Waller can do nothing but look on, unable to regain control of Belle Reve, all she can get is remote access to the camera system. Contacting Flagg, Waller tells him to keep the new government-created hero on standby. Hack has herself a heart-to-heart with Faraday inside the prison, while threatening Waller with releasing her secrets if Hack doesn’t find out who killed her. Unable to take that chance, Waller takes drastic measures to stop Hack in this heart-pounding issue. 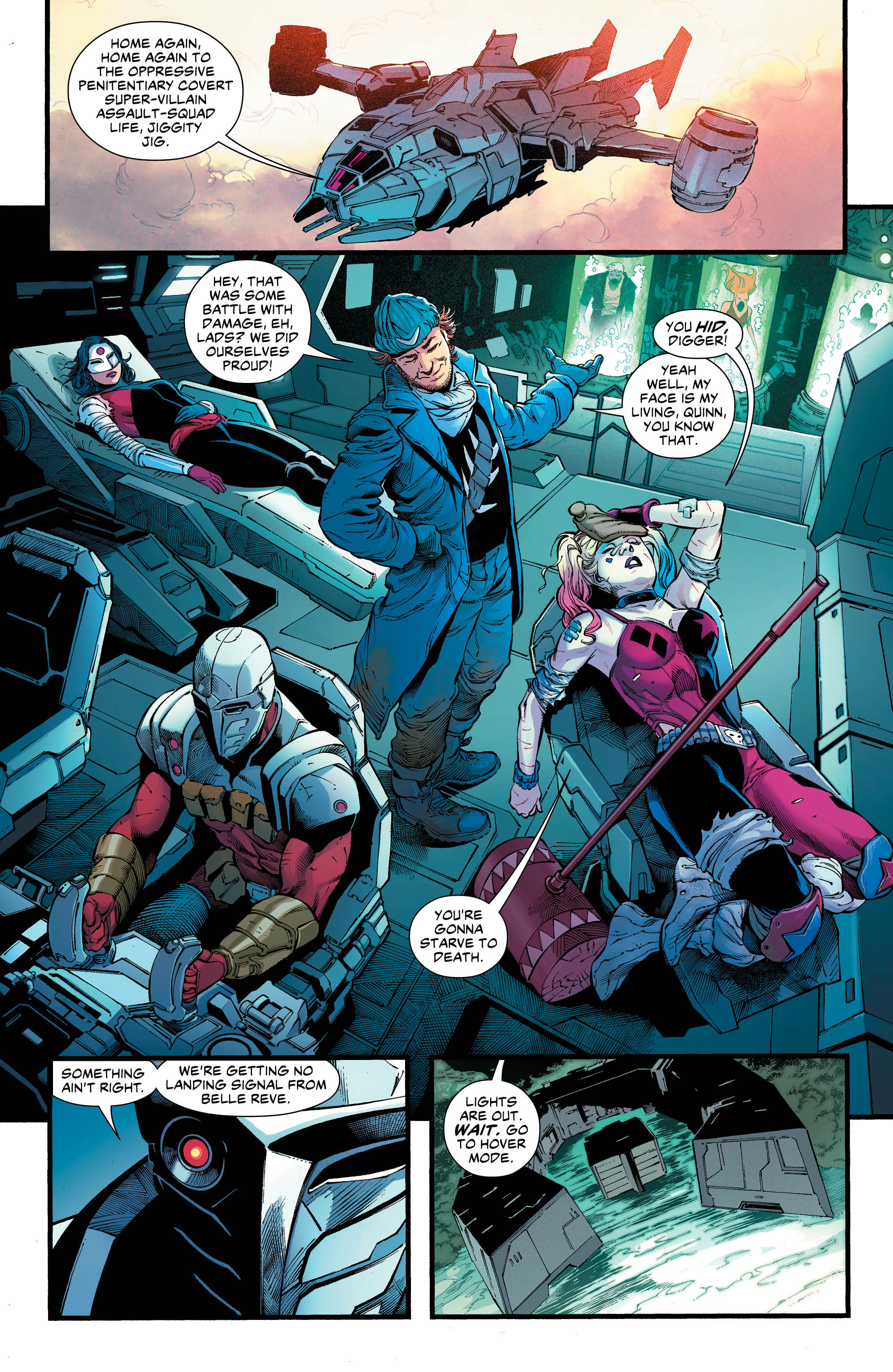 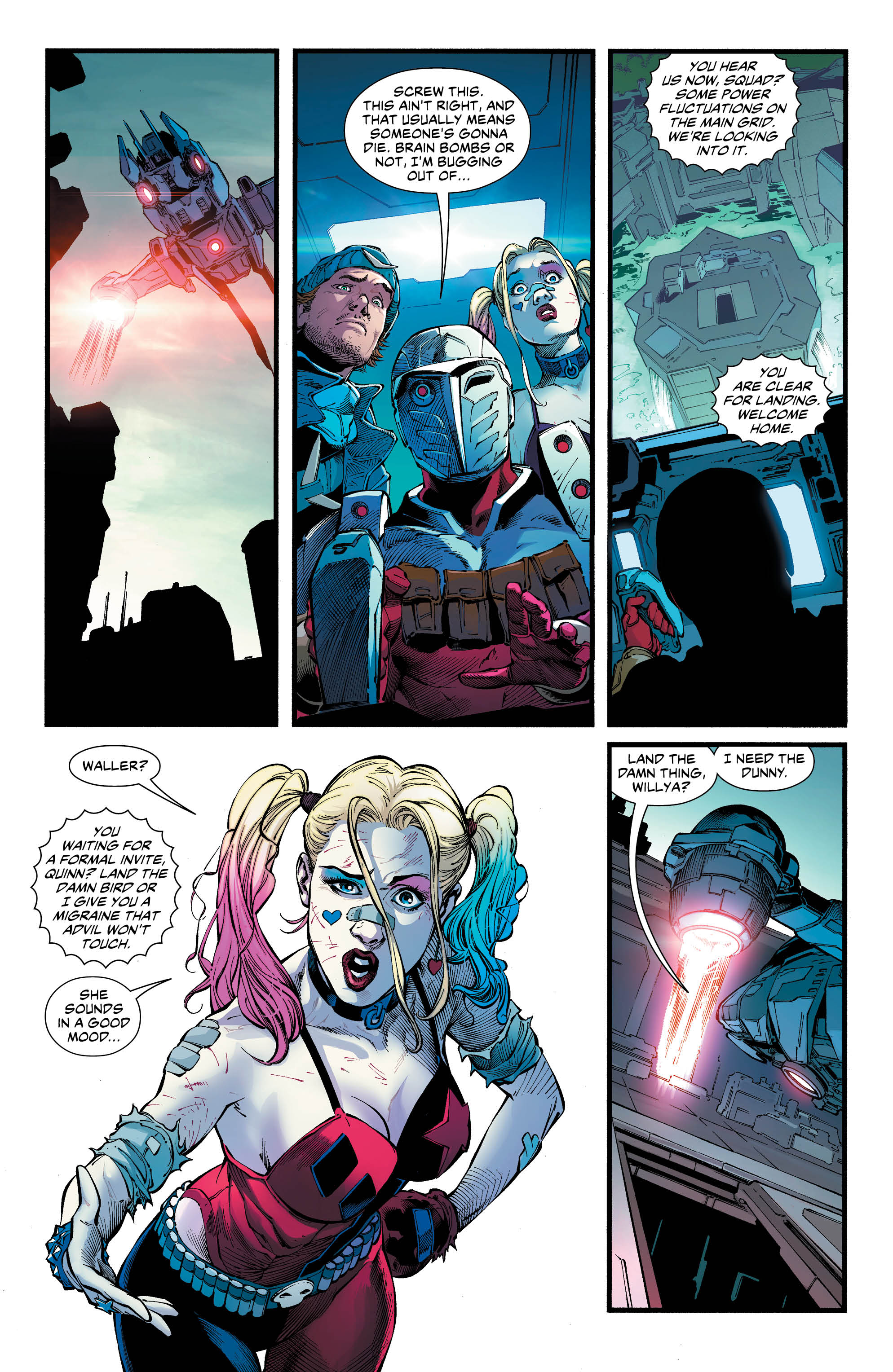 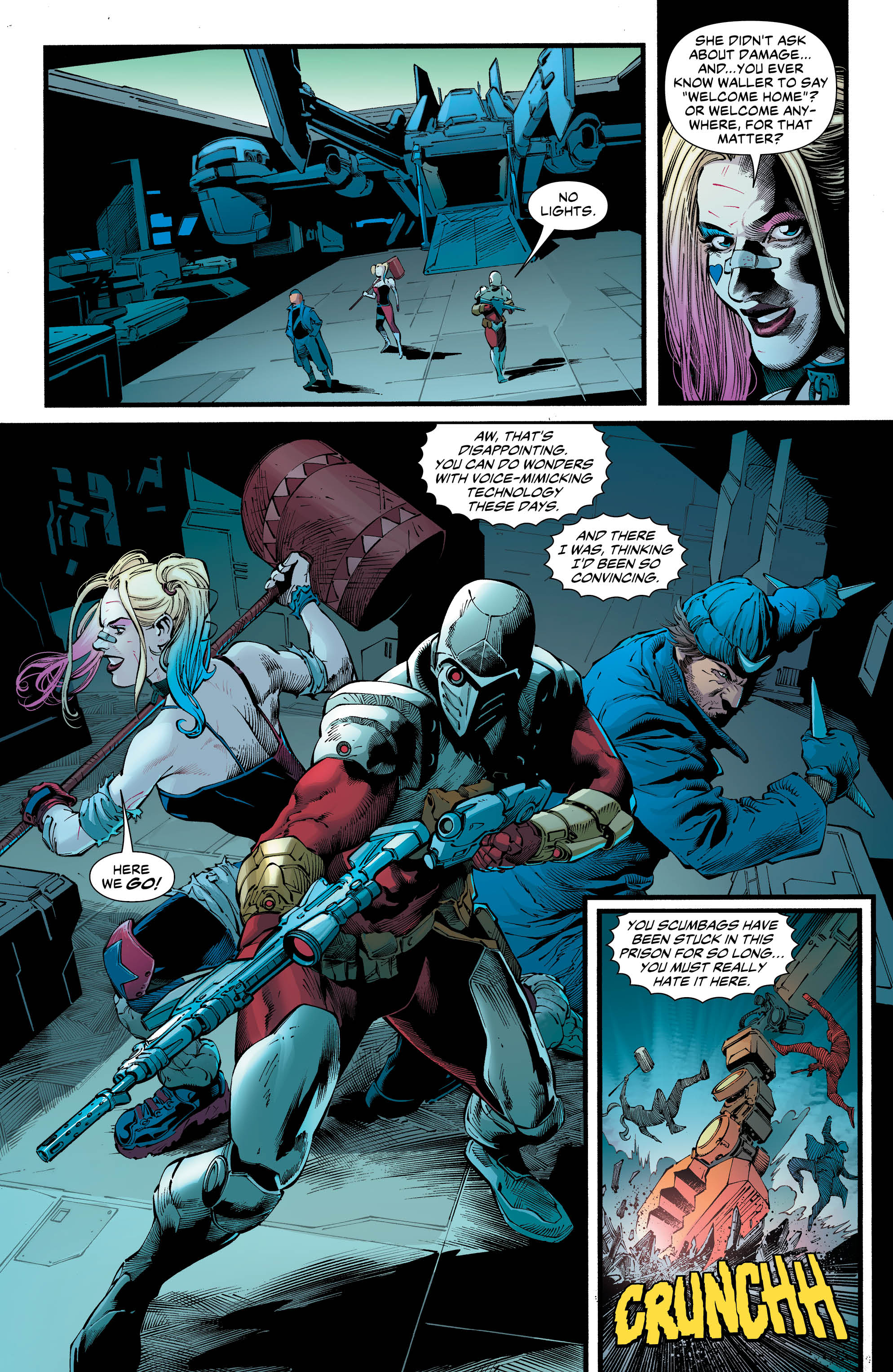 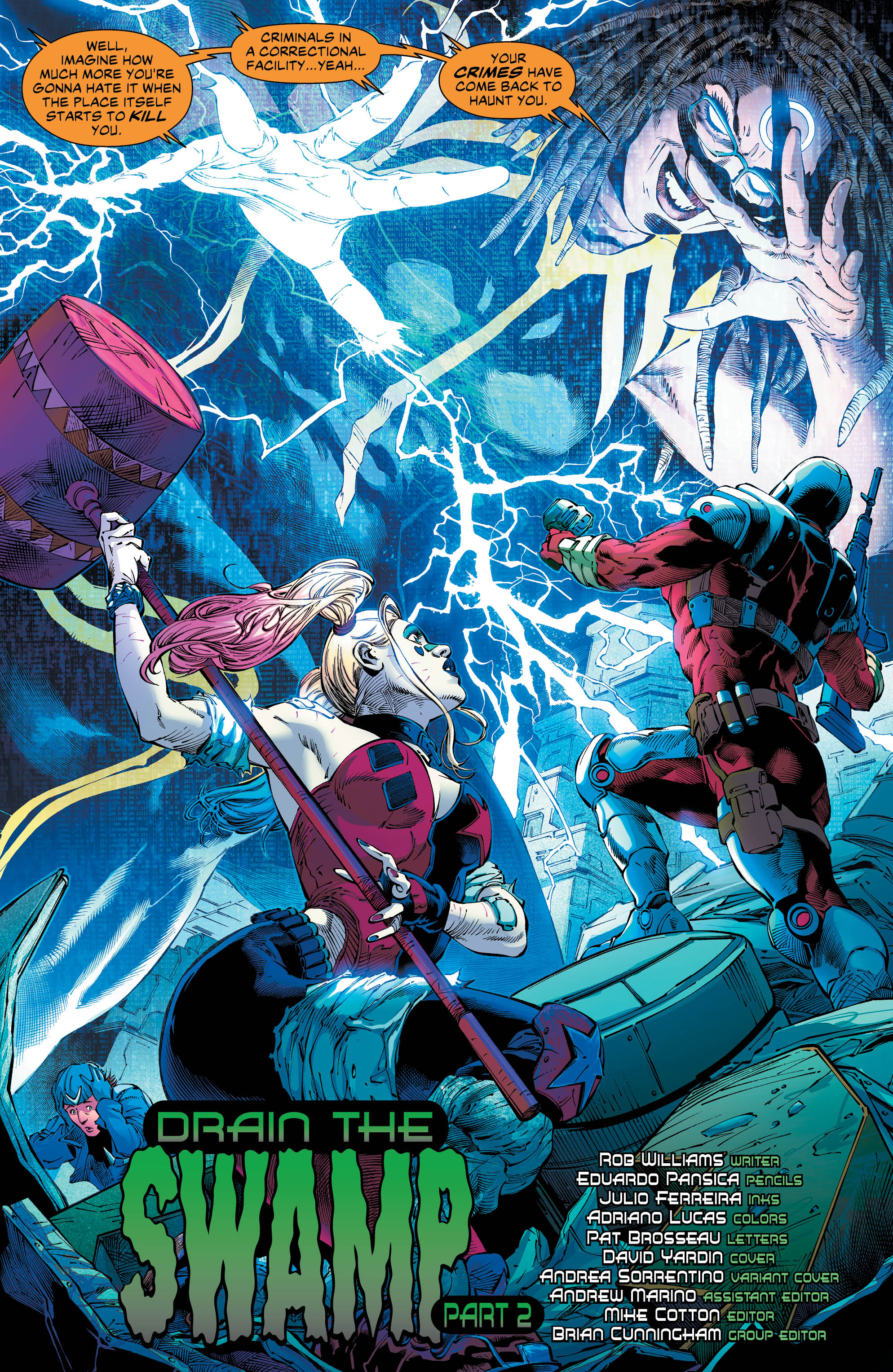 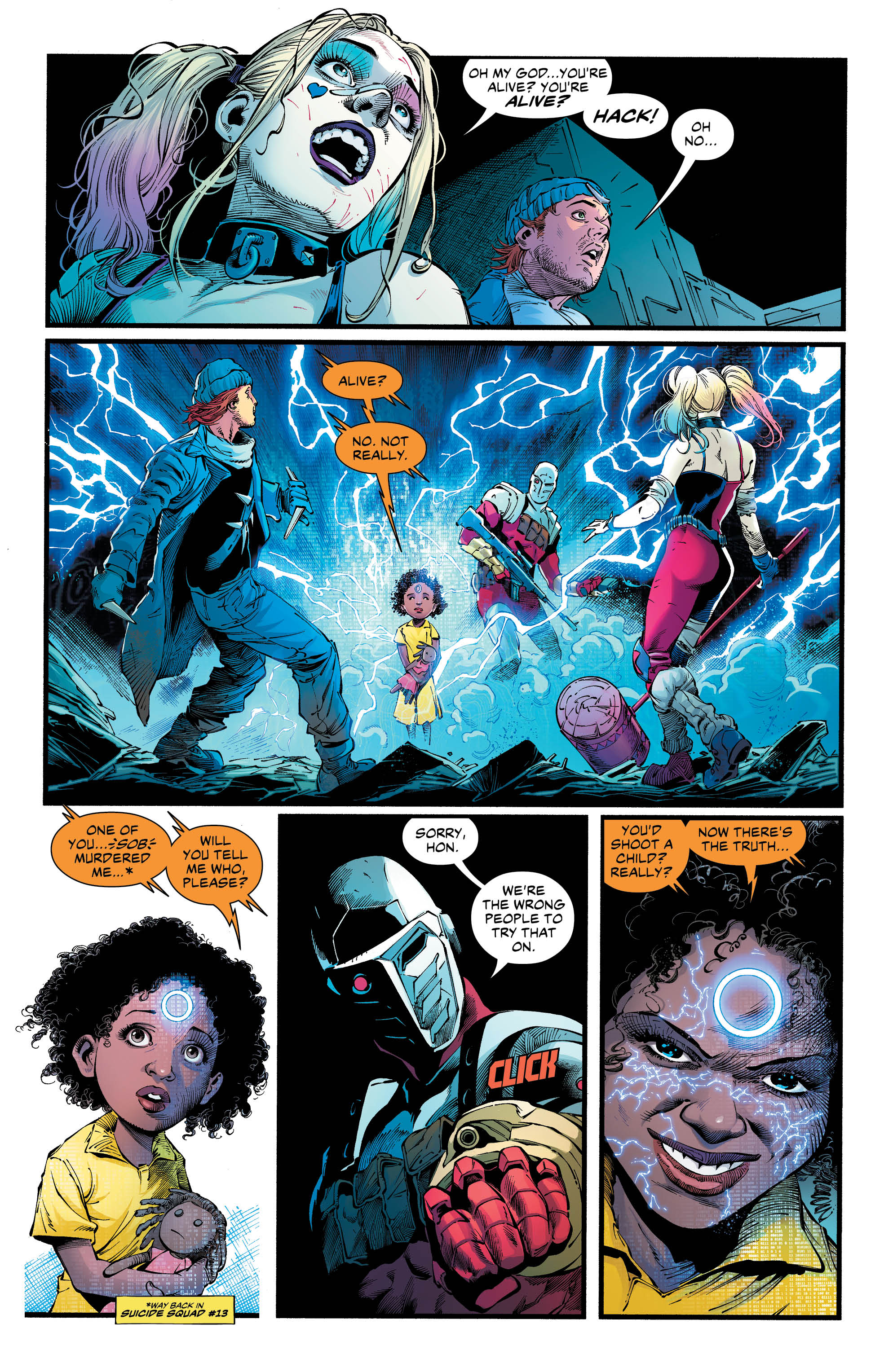 Hack is back ladies and gentlemen, but she is not the Hack you remember. Williams has taken the character and fired her up a few notches, with nefarious results. It’s always interesting to see who the villain will be in a comic about villains, or at least questionable characters. While it’s easy to sympathize with Hack, she is portrayed as the villain in this issue. Once a previous member of Taskforce X, she was killed by one of her teammates. Williams has written almost the complete opposite of the character we all became attached to before she died. It’s a refreshing new look at the character that I hope we get more of.

Williams brings back a character and completely tips them on their head. The writing in this issue is fantastic, Williams does an excellent job yet again. The art in this issue is nothing to be scoffed at either, with Pansica and Ferreira back at it again. The expressions that are conveyed by each character feel real, instead of the same face plastered on all the characters that some comics have been guilty of.