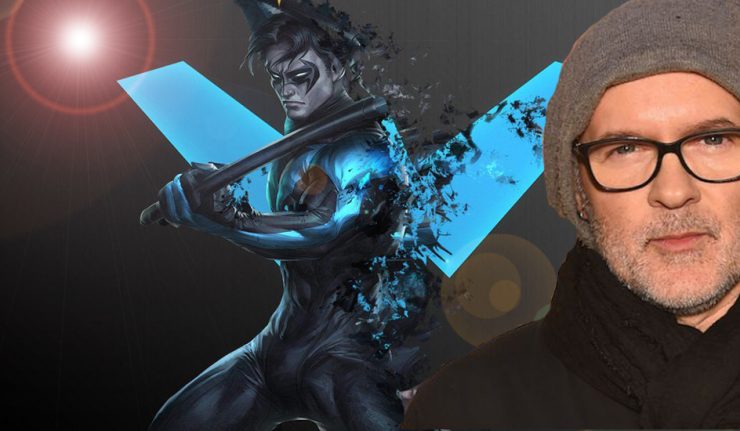 A couple of weeks ago, Chris McKay teased that there would be an update on the first ever solo Nightwing film that he is slated to direct. He said in his tweet that we should be expecting something around Valentine’s Day, but it appears that he has decided to give us our bouquet of flowers early.

In a week where a lot of superhero movie news dropped, including rumors of Joaquin Phoenix playing the Joker in the solo film, a Lobo film being directed by Michael Bay, along with Deadpool 2 and Venom trailers, Geek Vibes Nation tweeted out saying that we needed an update on Nightwing now. Chris McKay saw the tweet and didn’t disappoint.

Hi! Some early VDay news: Nightwing script expected very soon. Working on rip-o-matic to show studio. This is going to be a LONG process. So don't expect casting news any time soon. We are taking our time. Expect big things from DC, Geoff Johns and WB team! Exciting year ahead!!

In another tweet in the same day, McKay made a poll asking fans what the most important quality they would look for in an actor playing Nightwing. Recognizable movie star, a badass martial artist, romani, or vulnerable/emotional.

If YOU were to cast NIGHTWING, what is the most important quality you would you look for in actor:

Currently, “a badass martial artist” is pretty handily in the lead, with two more days left to vote.

While we are still a long ways away from the first solo Nightwing film, it’s still great to see McKay so engaged and excited about bringing the project to light. It really seems like he’s focusing on making the best Nightwing story he can, rather than trying to fit it into the sandbox that is the DC Extended Universe for continuity purposes. Like McKay says at the end of his tweet, it truly is an exciting year ahead.

Based on McKay’s poll, what quality would you look for most if you were casting Nightwing? Any actors in mind? Let us know!