In a “politically-charged” Batman story, a White House official tweeted about using an Echo to accidentally buying a Batman toy.

The press secretary groused how the Amazon smart speaker Echo caught Hackabee-Sanders’s two-years-old son repeatedly shouting “Batman” in their house. The Amazon AI Alexa the subsequently proceeded to buy a rather pricey Batman figure off of Amazon. 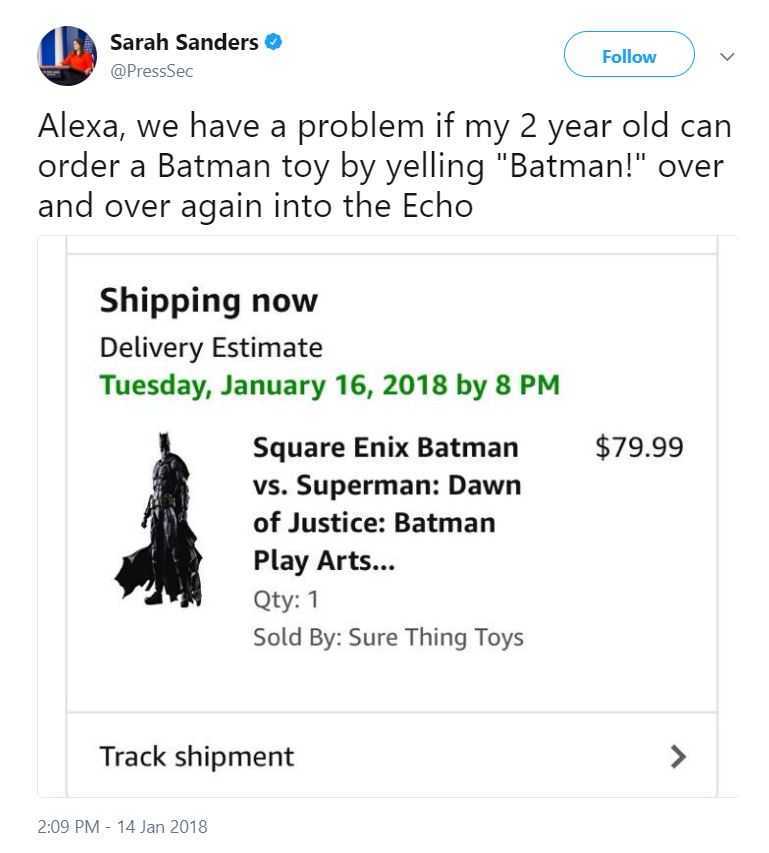 And not just any Batman action figure, but the ultra-expensive Square Enix’s Batman figure.

Some responses questioned the appropriateness of using her official White House Press Secretary Twitter account to discuss trivial annoyances. And then there is the troubling idea of a high-ranking government official owning what is essentially a legally-made listening device recording all of her personal conversations. Perhaps the US president will take that as a matter of national security.

The Batman figure will be delivered to the Huckabee-Sanders household on Tuesday, January 16th.