The Play Kai Arts Batman action figure based on the Batman v Superman: Dawn of Justice design are now online.

Japanese video game developer and toy maker Square Einx released a multitude of pictures showing the Dark Knight in all of his glory. There appears to be 20 points of articulation on the figure, including what seems to be a break in the hard plastic cape for dynamic cape posing. Additionally, Batman comes with two additional pairs of hands to switch out, a grapple gun, grappling hook, Batarang, and a grenade. 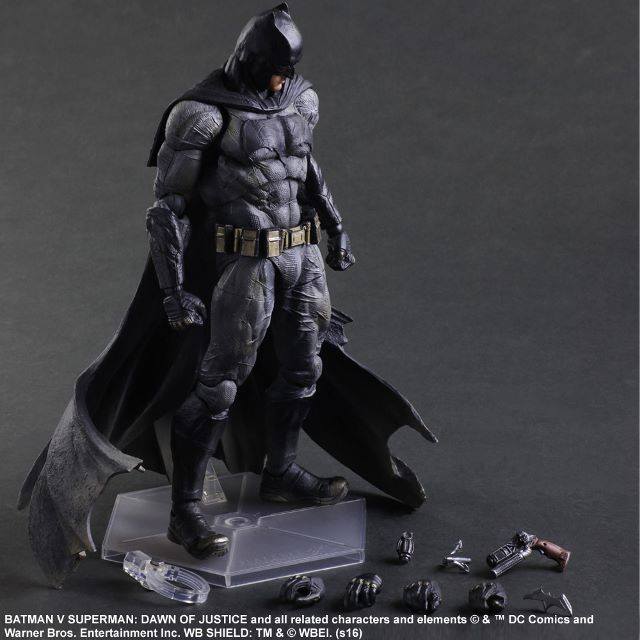 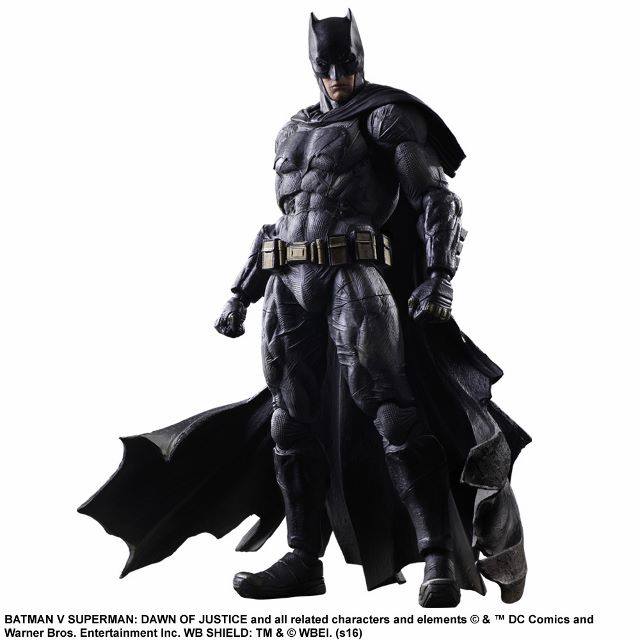 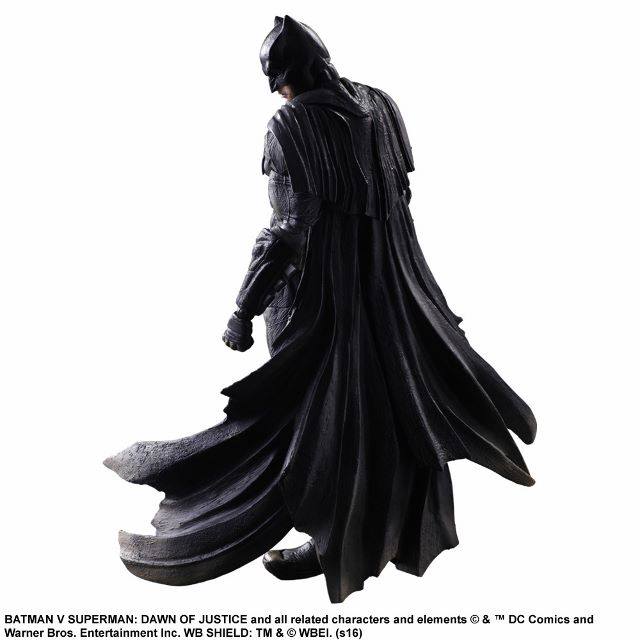 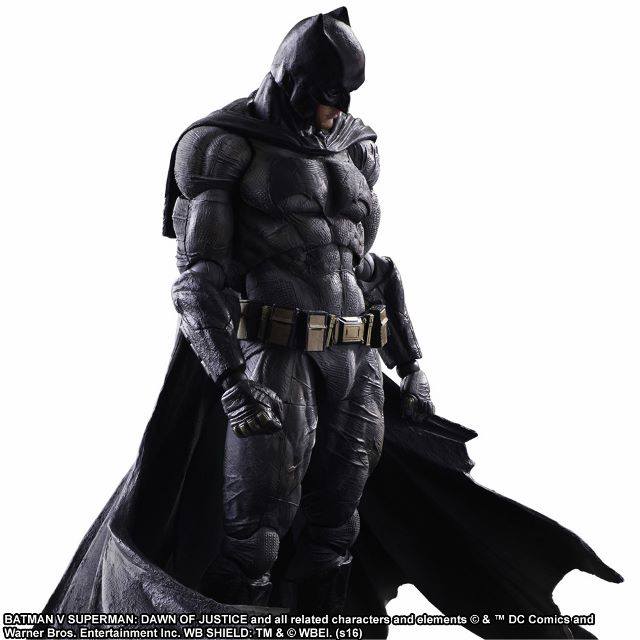 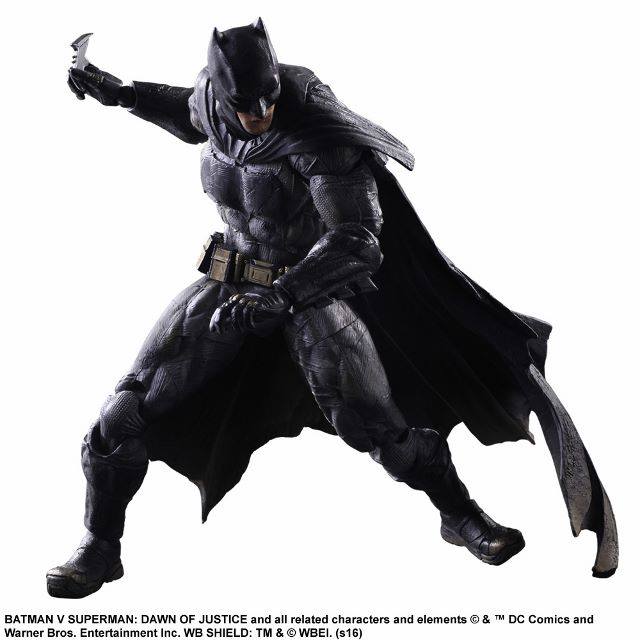 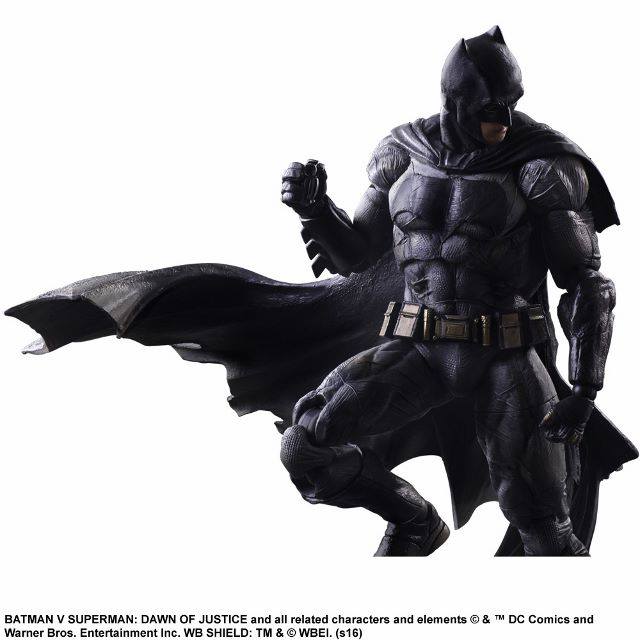 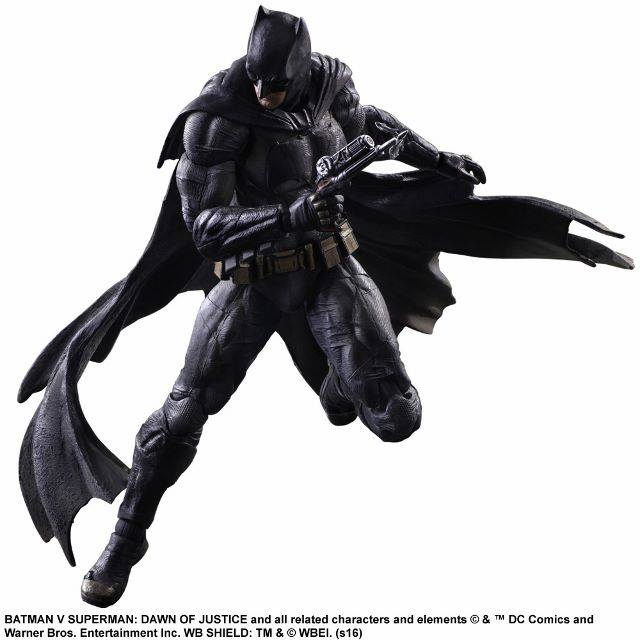 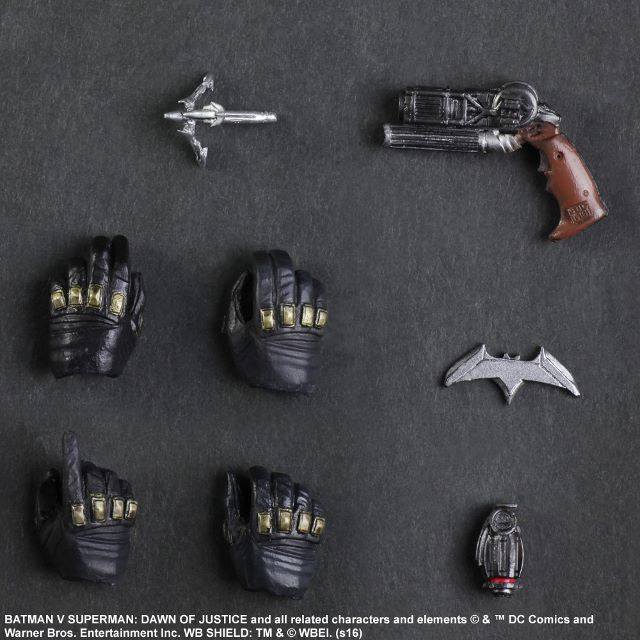