Around the middle of last year, Capstone released a series of four Justice League Stone Arch Books. These are available on Amazon and Capstone’s website for purchase. Both the original series and this new series have the same artist, Tim Levins, illustrating the books. Brandon T. Snider and Derek Fridolfs writing two titles each in the last series and Louise Simonson adding her talents to a title in the new set.

Each book in the series gives us a brand new Justice League adventure.

“Bizzaro And The Doppelgangers Of Doom” 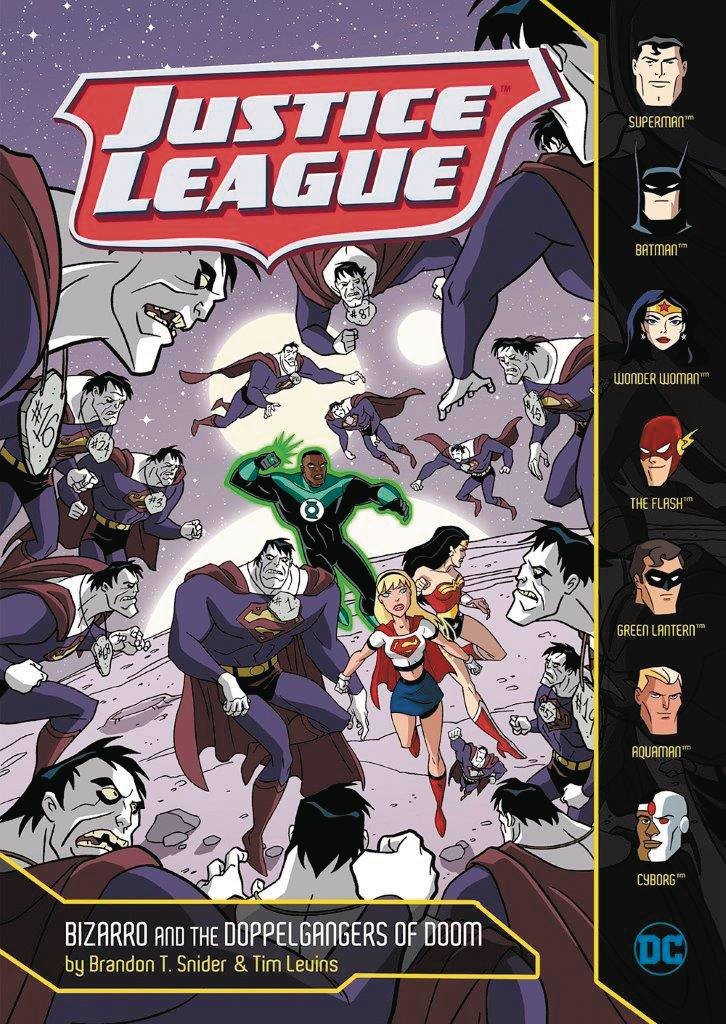 Written by Brandon T. Snider and Illustrated by Tim Levins

Chaos ensues as Bizzaro attempts to create himself a few friends to keep him company on his home world.

Turning against him, Bizzaro has nowhere to run and no one to turn to, except the Earth’s greatest heroes.

Gathering a team of heroes, including; Batman, Superman, Supergirl, Wonder Woman and Green Lantern, the heroes attempt to help Bizzaro fend off his new doppelgangers.

Will they succeed in this bizarre task?

Find out on Febuary 1st when the book is available for purchase.

“Black Adam And The Eternity War” 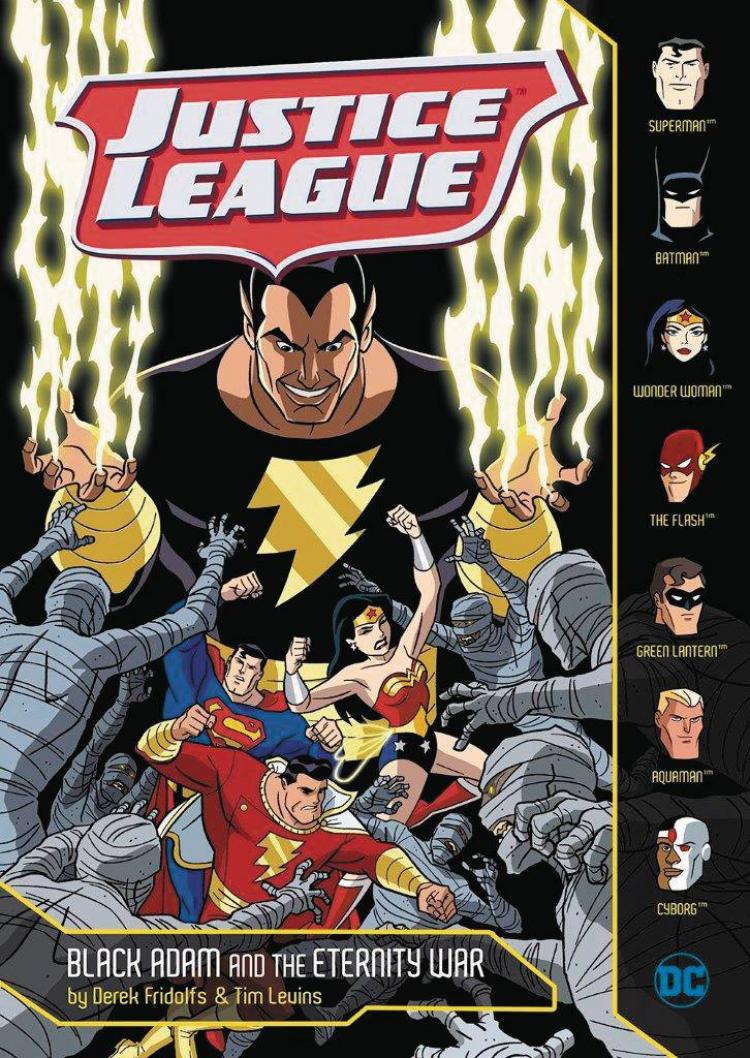 Written by Derek Fridolfs and Illustrated by Tim Levins.

The undead rise, and are heavily outnumbering the living. The Justice League, including Billy Batson and his alter-ego, SHAZAM, jump straight in to face this threat head on.

Quickly finding out that Black Adam wields the Rock of Eternity and is using it to control the hoards of undead. Banishing the heroes to Ancient Egypt, Black Adam seems poised to take control of the world.

Will they fight through history in time to save their future?

“Gorilla Grodd And The Primate Protocol” 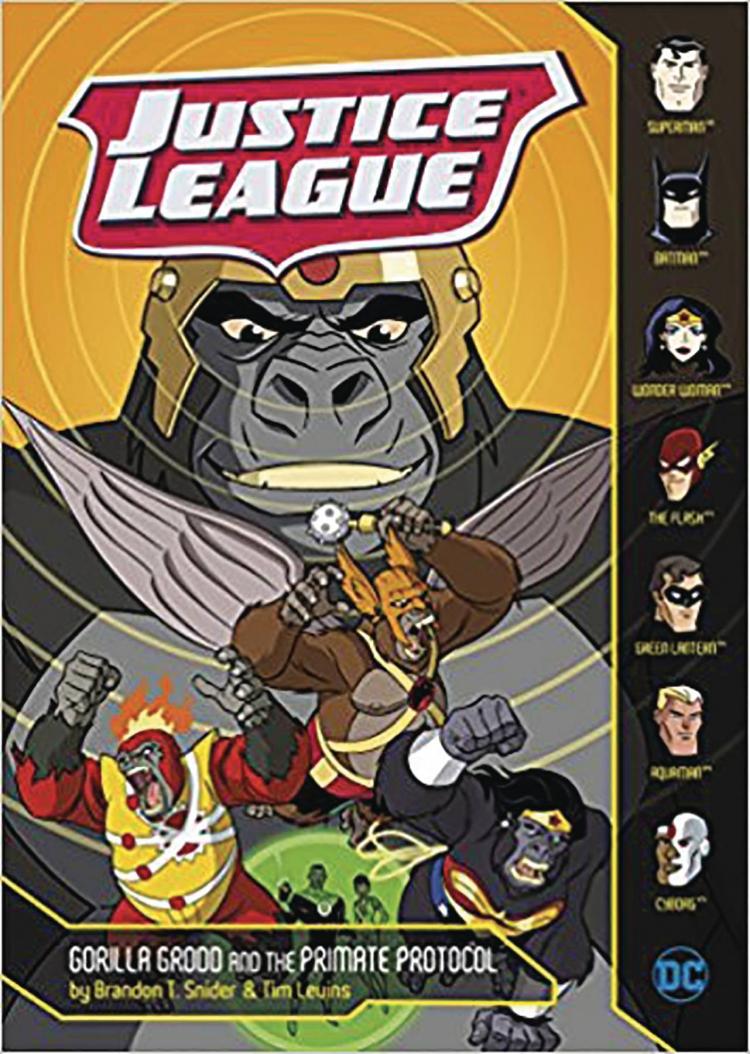 Written by Brandon T. Snider and Illustrated by Tim Levins

Leading a small team of heroes; Wonder Woman, Green Lantern and Hawkman search for Gorilla Grodd after he escapes from prison.

Gorilla Grodd however, has tampered with his helmet in order to amplify his powers. Turning most of the team into apes with but a simple thought! 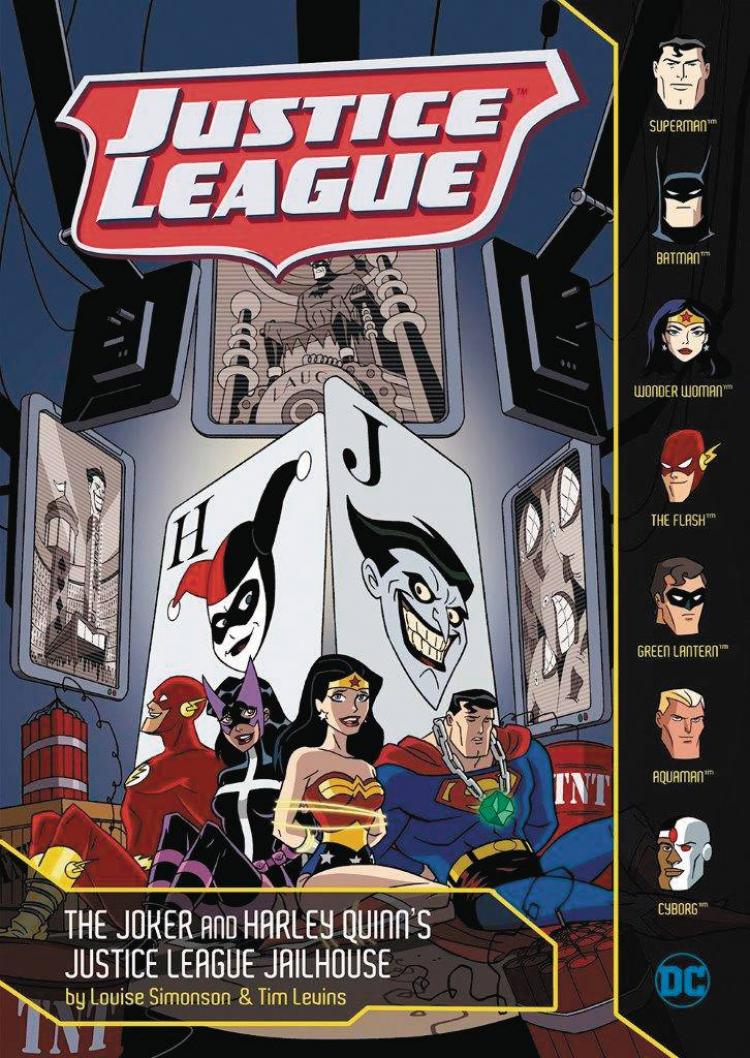 Written by Louise Simonson and Illustrated by Tim Levins

The Joker and Harley Quinn has a billionaire’s backing. With this new found financier, the duo hatch a plan to capture the Justice League.

Capturing The Flash and Huntress first, using them as bait to lure the Justice League’s more powerful heroes; Batman, Superman and Wonder Woman into to a trap they crafted beneath Arkham Asylum.

Will The Joker and Harley Quinn have the last laugh?