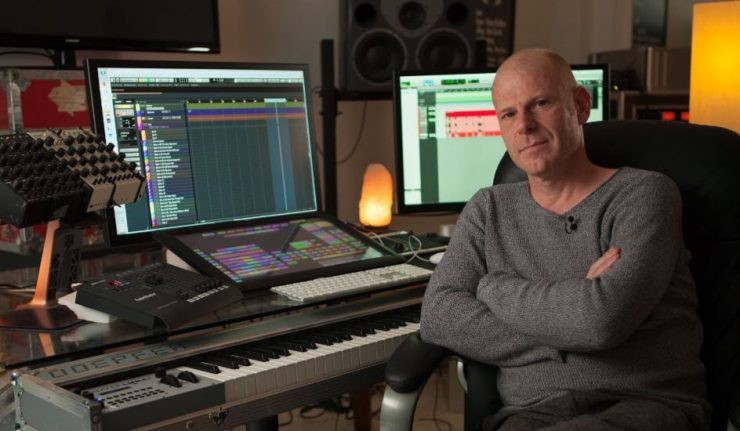 Before Danny Elfman took over as the composer for the Justice League score, Junkie XL was set to return. However, when Zack Snyder left the project last spring and Joss Whedon took over, Junkie XL was shown the door, as well. That’s when Elfman was brought on to make a lighter score to go with Whedon’s lighter touch he was injecting into the film.

As many film fans know, the score is just as important to any movie as any actor or writer. It helps shape the themes and tone of the film. It makes us feel happy and sad, excited and scared, and helps us connect with that’s happening on screen. What would Star Wars be like without John Williams or Batman (1989) without Elfman? A great score can turn a film from good to classic. That’s why Junkie XL being replaced in Justice League was a big deal.

On Junkie XL’s official Facebook page, he recently shared a behind the scenes look on what it was like to make the score of Batman v Superman. While the video definitely isn’t a quick watch (46 minutes), there are some interesting details that he shares.

Near the beginning of the video, he says that while Hans Zimmer did the score of Man of Steel (with some collaboration from Junkie XL), when he learned that Batman would be appearing in the sequel, that’s when Hans reached out to Junkie XL to help him full time for the score. Hans had already done a masterful job scoring Batman in Nolan’s Batman trilogy, so the original idea was that Hans would score Superman and Junkie would do Batman in BvS, but since they are really good friends they ended up just doing the whole thing together.

Zimmer, of course, announced his retirement from scoring superhero films after Batman v Superman, and Junkie XL, whose hard rock/metal vibes in his score meshes well with Snyder’s filmmaking, was to score Justice League solo. But, as previously stated, when WB and Joss Whedon took the film in a different direction, Junkie was removed from the project too.

Fans can check the video in it’s entirety here:

Of course, the only music left from Junkie XL in Justice League was his version of “Come Together” with Gary Clark Jr that rolled in the credits. With the rumors of Zack Snyder’s cut of Justice League with Junkie XL’s score still floating around, it’s possible we’ll still be able to hear what he had in store for us. Until then, we’ll always have his work in BvS to go back to.

Would you have preferred Junkie XL to continue to score Justice League, or was bringing in Danny Elfman the right call? Let us know in the comments.