Review: Batgirl and The Birds of Prey #18 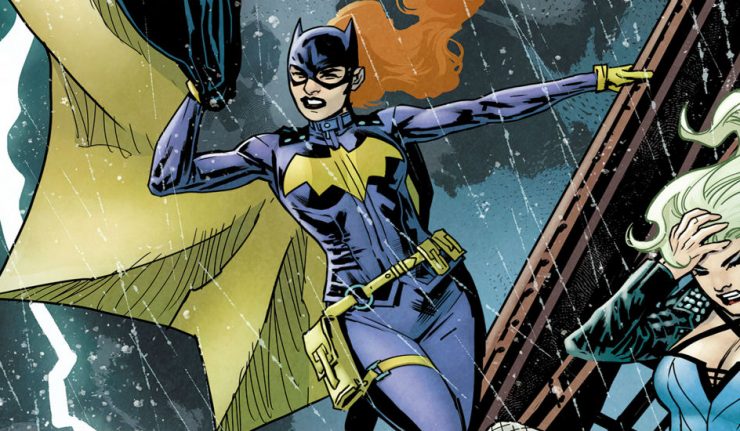 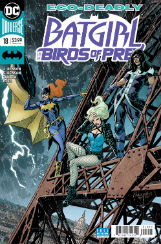 Hello! Philip here and this week I’ll be reviewing the latest entry in Batgirl and The Birds of Prey. First up, don’t let the name fool you. While this issue is certainly called “Eco-Deadly,” Poison Ivy is not featured once in this story at all nor is there any mention of her.

Instead this one-off issue focuses on The Birds of Prey travelling to Paris to investigate the dealings of a shady financier who Spyral believes is selling weapons to black market arms dealers. Yes, Spyral is back and so is the super spy Tiger himself. I also review the Nightwing series and it was interesting to see the elusive spy organisation return in another series. Huntress’s former allegiance to Spyral was a clear indicator of Spyral’s eventual appearance.

At Paris, The Birds of Prey go undercover at a Energy Conference. The trio find their financier and target, Zin Bast. Like an owl chasing after its prey, the trio don’t lose their sights on Bast.

That is until Bast cuts the lights at the conference and steals a supposedly powerful device, along with its inventor, Dr. Alan Yenokida.

What soon follows is a high speed pursuit across Paris to retrieve the device and rescue Dr. Yenokida. The Birds of Prey do manage to achieve the latter. But Bast runs off with the device after discovering it actually manipulates the weather.

Then, another crazy chase ensues. Leading the trio and Dr Yenokida to the Eiffel Tower where Bast intends on using the device for his own personal gain. After a wild fight at the top of the Eiffel Tower, the Birds of Prey apprehend Bast and secure the device. 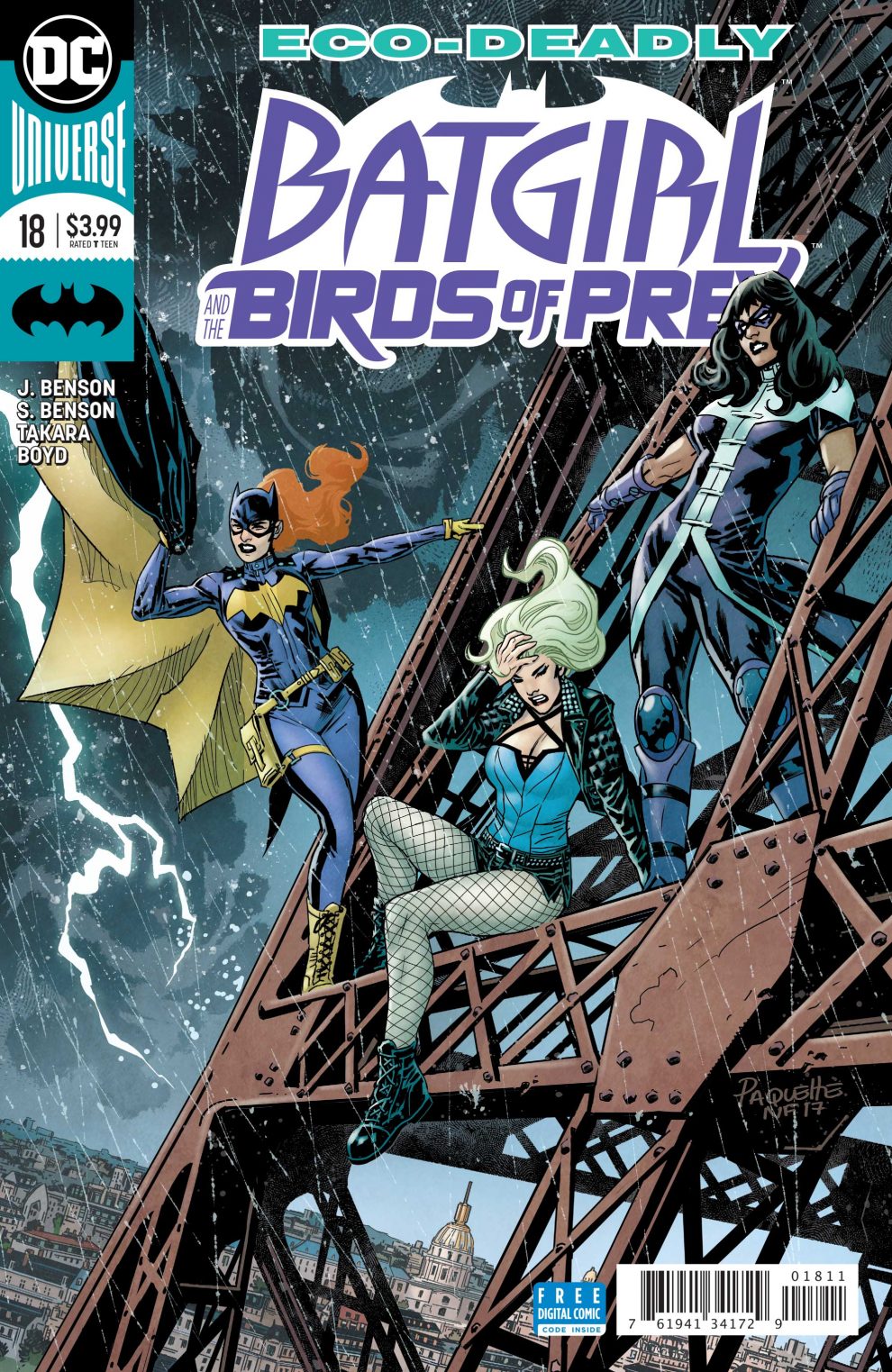 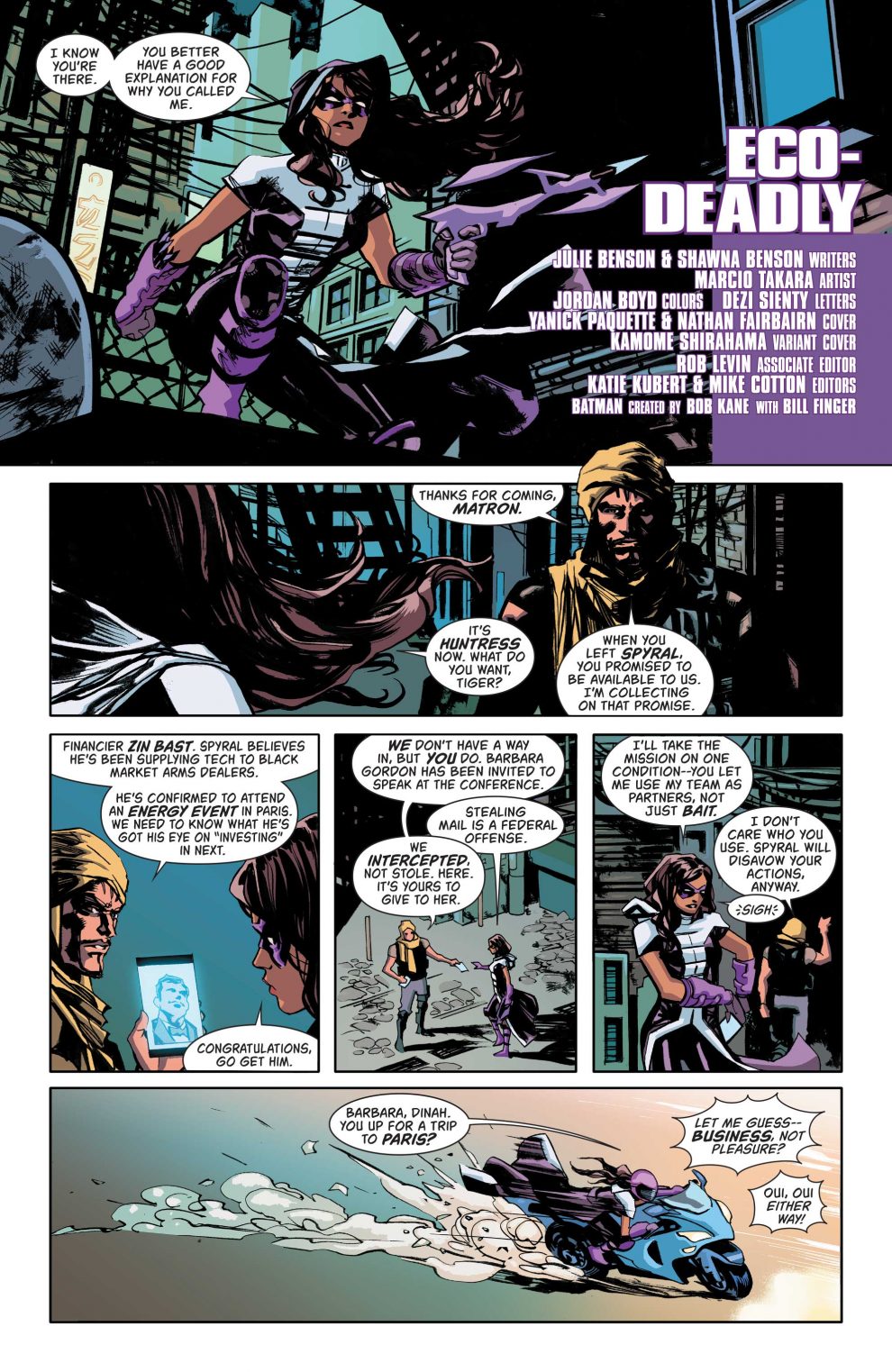 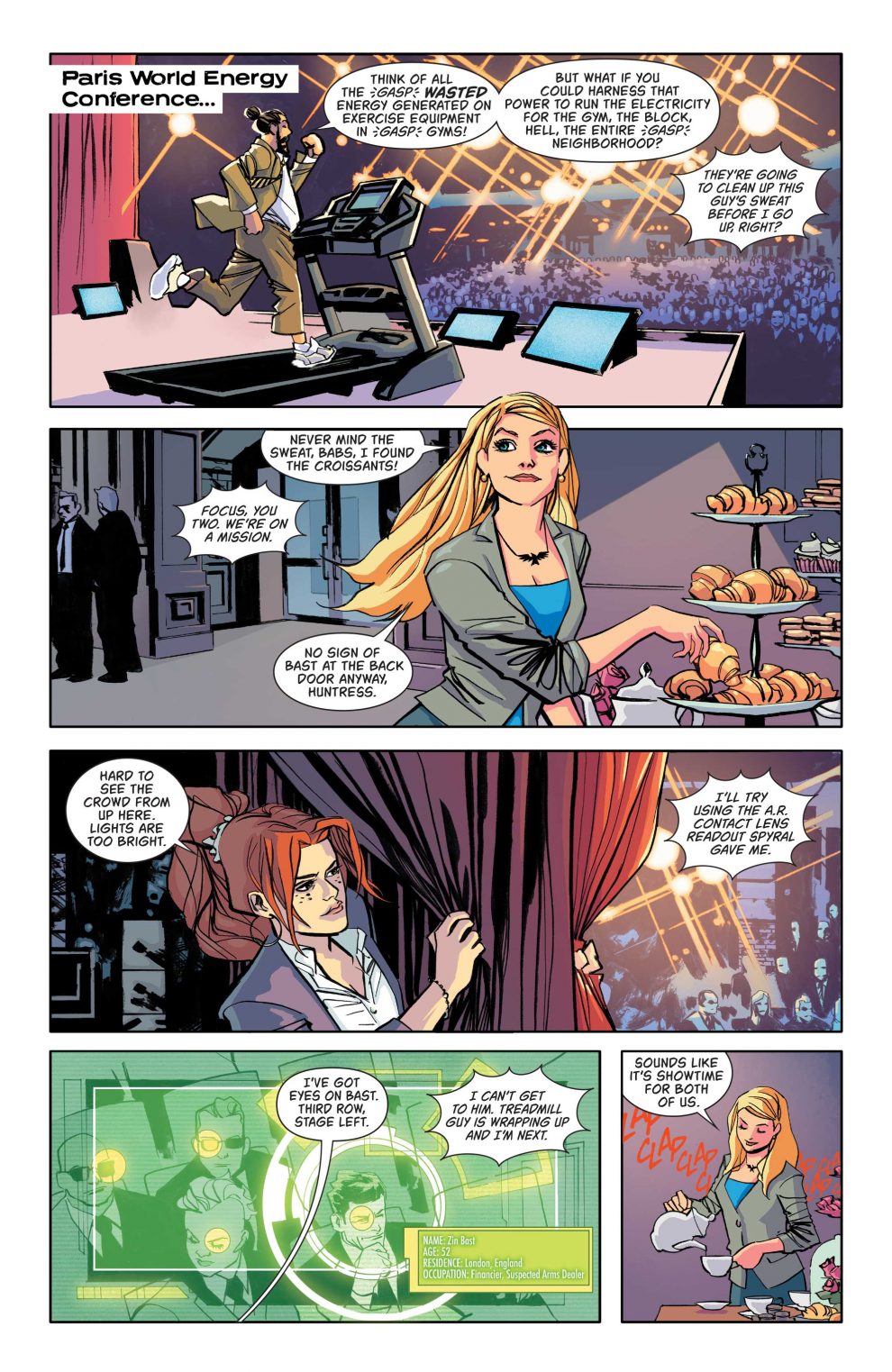 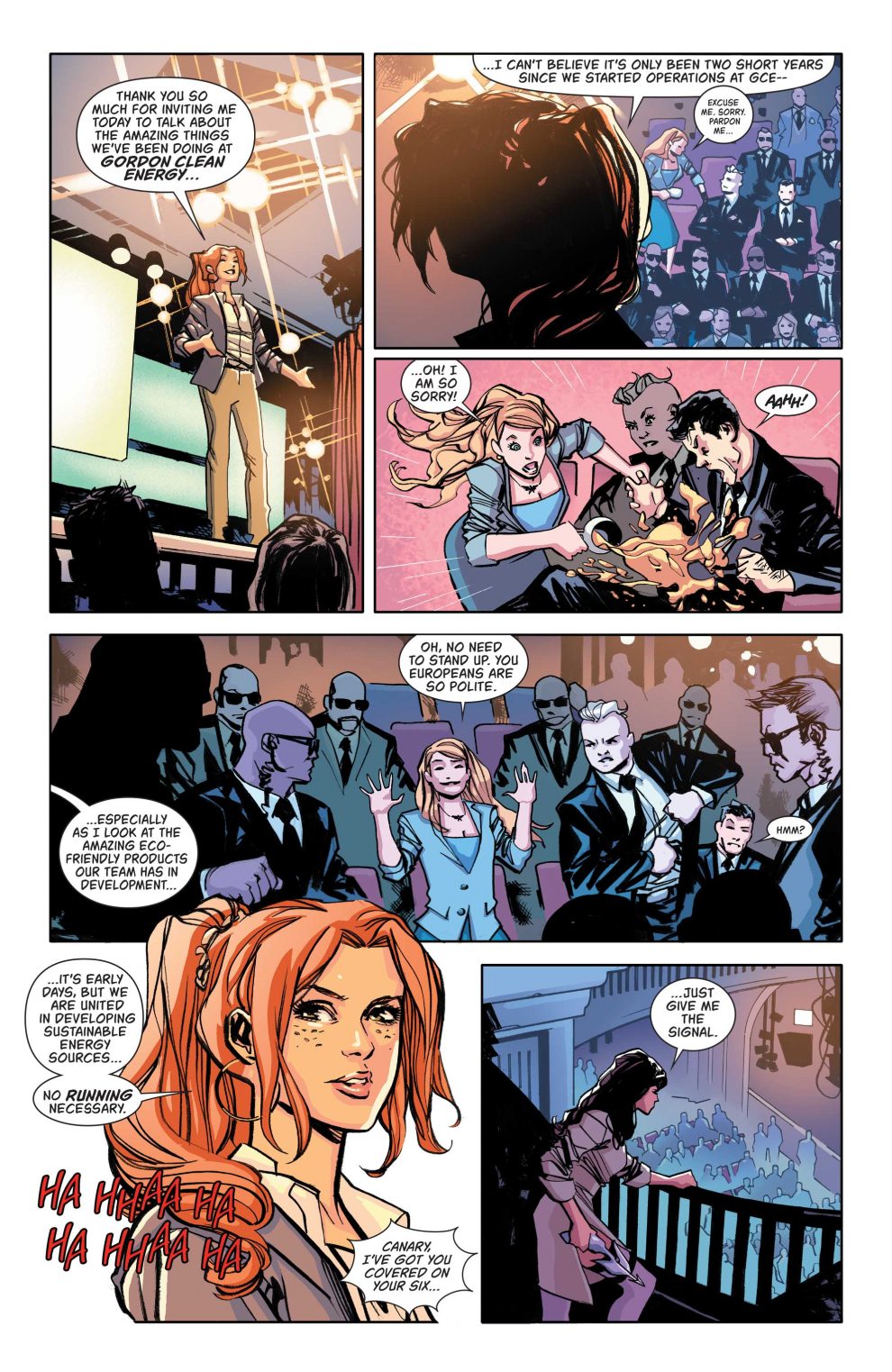 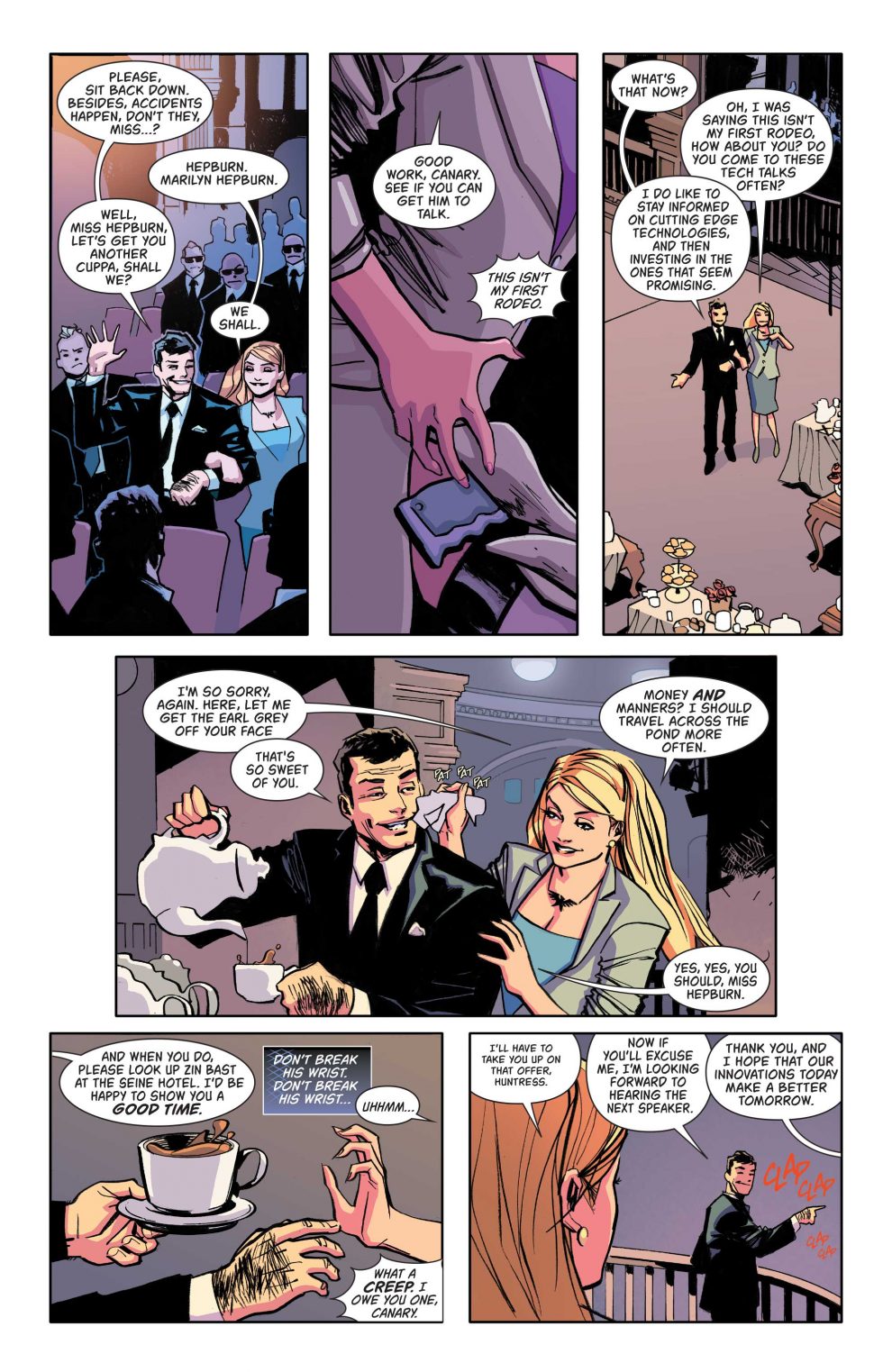 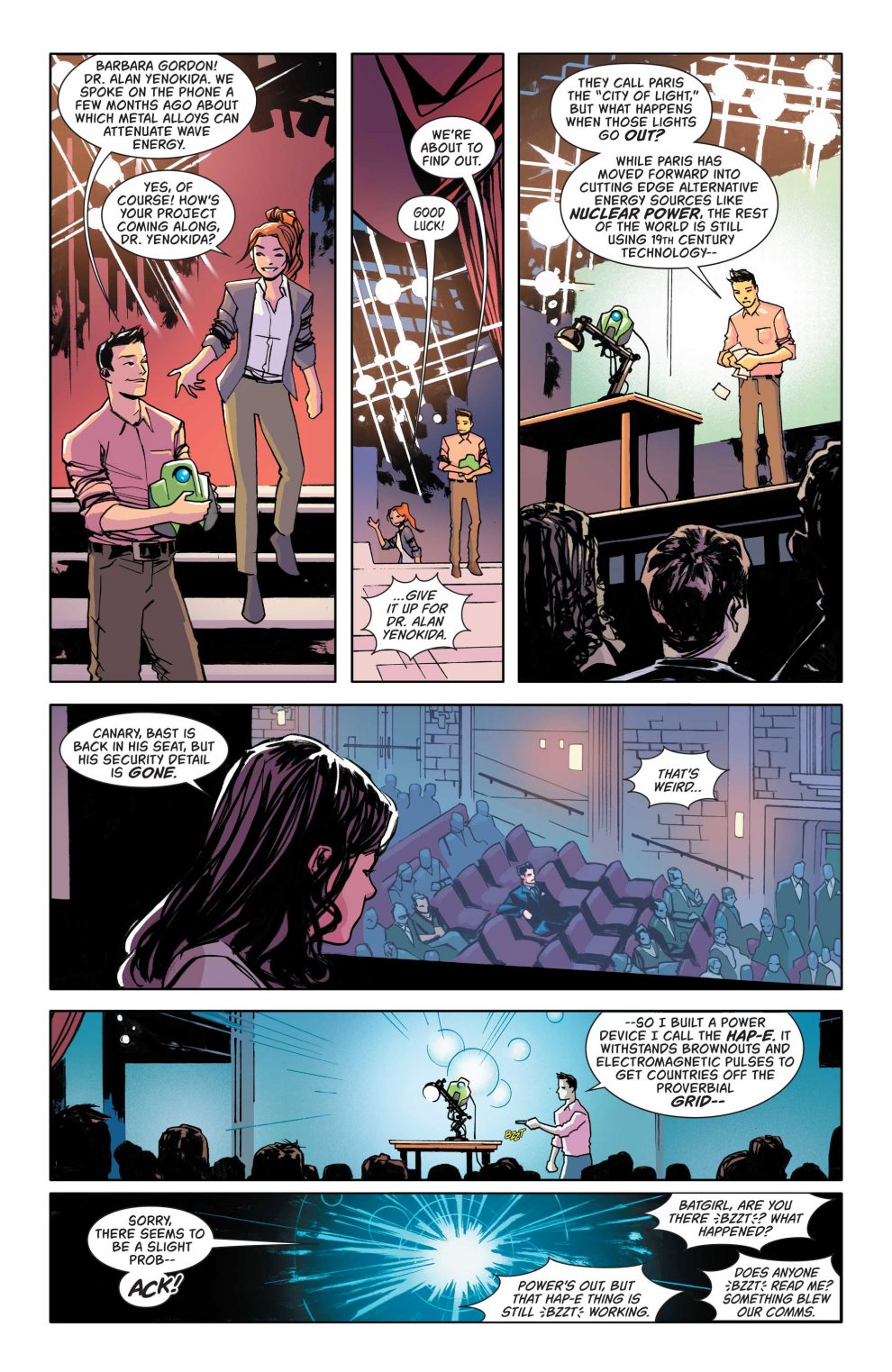 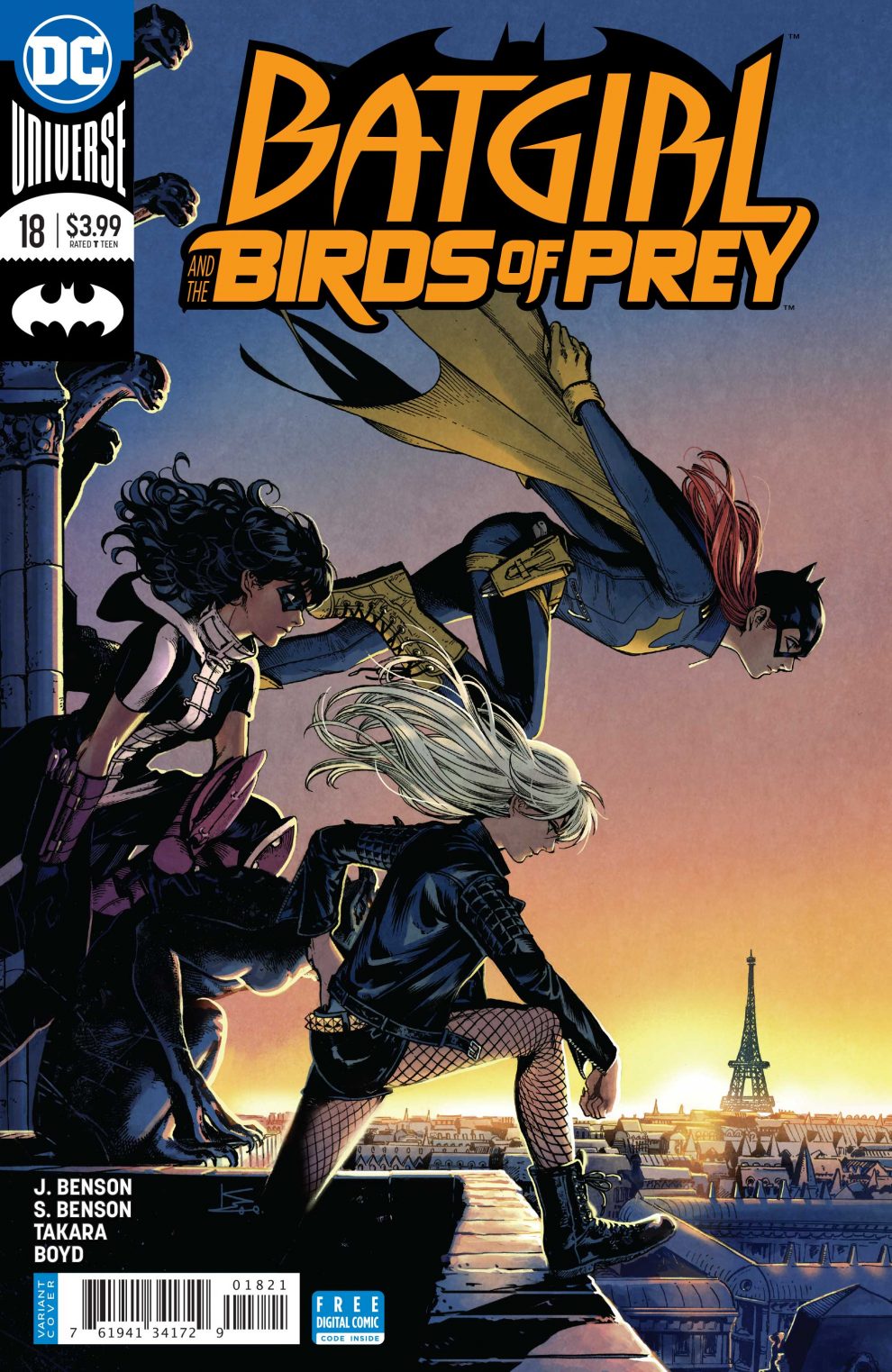 Since “Eco-Deadly” is a one-off issue, the plot wastes no time whatsoever. The plot is incredibly fast-paced and is accelerated even more by the pulse-pounding action sequences. The plot just did not stop until it reached its conclusion.

While the frenetic pacing made the story thrilling to read, the downside to it was that everything felt very rushed.

Bast proved to be a very underwhelming foe. I thought his motives were just plain laughable. He’ll definitely go down in history as one of the series’s most forgettable villains.

It wasn’t just Bast who proved to be largely forgettable. The whole story, while action-packed and thrilling, was underwhelming and felt like pure filler.

Still, what kept me engaged was the enjoyable banter between the Birds of Prey. As always, writers Shawna & Julie Benson nailed the chemistry between the three. The Birds of Prey’s dialogue was consistently fun to read throughout the whole issue. It was evident the writing duo were having a ton of writing this issue.