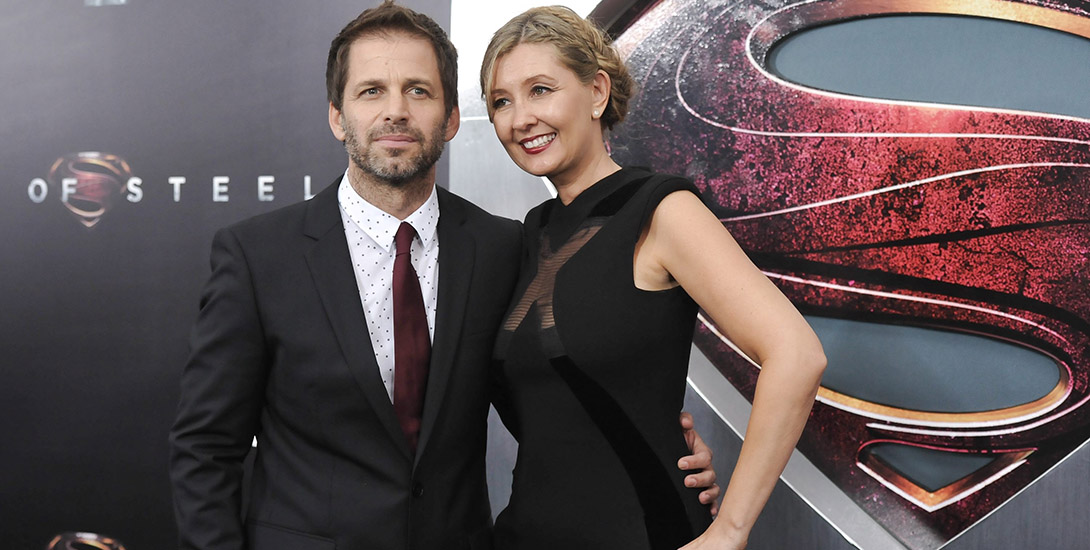 Beyond anything we can possibly even fathom, tragedy will strike and absolutely destroy us in ways we never thought possible. When that happens, nothing else matters except being with the people we love most. The world just has to stop as you attempt to cope with the unthinkable. But what do you do when you’re working on one of the most anticipated movies of all time? What do you do when you’re balancing a budget of over several million dollars and several hundred jobs? Simple, you let it go.

Hollywood Reporter is reporting that Autumn Snyder, director Zack Snyder’s 20-year-old daughter, committed suicide in March. After a two-week break from post-production on Justice League, Snyder intended to come back and finish the film. However, Snyder has made the decision to leave the production altogether to help his family and himself heal.

Justice League was screened for a few filmmakers and friends close to the Snyders. From there, Snyder felt that the movie needed additonal material. Joss Whedon was enlisted to write the new scenes. With Snyder stepping down, Whedon will shoot and direct the new material.

“In my mind, I thought it was a cathartic thing to go back to work, to just bury myself and see if that was the way through it. The demands of this job are pretty intense. It is all consuming. And in the last two months I’ve come to the realization… I’ve decided to take a step back from the movie to be with my family, be with my kids, who really need me. They are all having a hard time. I’m having a hard time.”

For a grieving father, the last thing you’d want to worry about is what people are going to say on the Internet. As a testament to how much he cares about the movie and the fans, he fretted over how the fans would react, but in the end, chose to simply let it go. He said, “I want the movie to be amazing and I’m a fan, but that all pales pretty quickly in comparison. I know the fans are going to be worried about the movie but there are seven other kids that need me. In the end, it’s just a movie. It’s a great movie. But it’s just a movie.”

“The directing is minimal and it has to adhere to the style and tone and the template that Zack set. We’re not introducing any new characters. It’s the same characters in some new scenes. He’s handing a baton to Joss, but the course has really been set by Zack. I still believe that despite this tragedy, we’ll still end up with a great movie.”

The movie is still set to be released on November 17th. WB did, in fact, propose pushing the release date back, which the Snyders outright refused. Deborah Snyder, who is a producer on the movie, will also be stepping down as well. WB has given Zack a first-look deal to allow the filmmaker his choice on any projects when he decides to return.

The Snyders intimated that Autumn was a writer. She had written a sci-fi novel from the perspective of someone who simply didn’t fit in. They hope to publish the book, with proceeds going to charity.

Here at DKN, we are heartbroken by this news. We wish the Snyders well and offer up our sincerest condolences. As fans, we want this movie, but as people (many of us being parents), we understand how that loss could completely shatter anyone. The Snyders have gone far beyond what most people would have done because of how much they cared about the fans and how much they cared about this movie, so we respect their decision and we hope readers would do so as well.

Thank you, Zack and Deborah. Please take your time to heal.

If you or someone you know is suffering from depression and/or has expressed thoughts of suicide, please contact the National Suicide Prevention Lifeline. From personal experience, these people really can help.