‘Scooby-Doo! and Batman: The Brave and The Bold’ Set To Premiere in Hollywood

The Great Dane and the Dark Knight Team-Up for Justice…and Scooby Snacks? 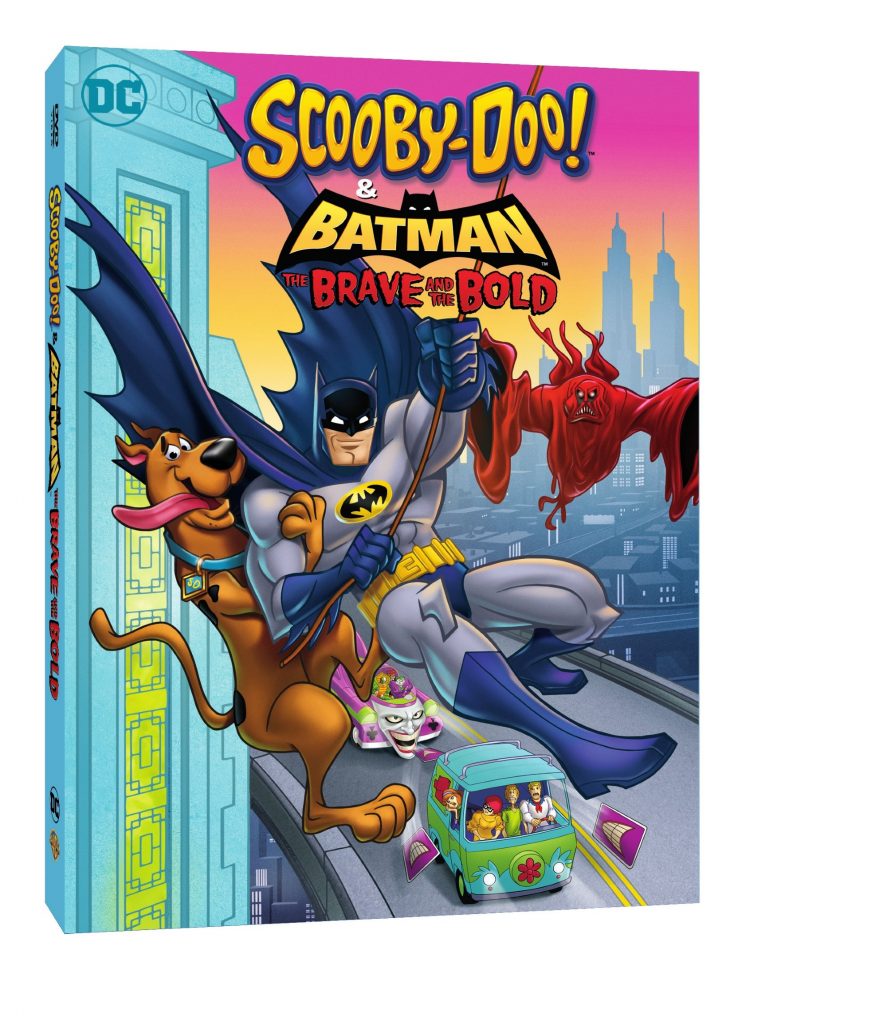 TCL Chinese Theater in Hollywood will host the World Premiere of Scooby-Doo! and Batman: The Brave and the Bold, coming to DVD and Digital HD on Tuesday, January 9, 2018.

Actor Diedrich Bader, reprising his role as the Dark Knight from the series Batman: The Brave and the Bold, is scheduled to attend the premiere along with fellow cast members and filmmakers. Fans can also attend this special event. Details are below:

Warner Bros. Home Entertainment invites Los Angeles area fans to attend the World Premiere of Scooby-Doo! and Batman: The Brave and the Bold at a family-friendly event on Saturday, January 6, 2018.

The screening will commence at Noon (12:00pm) at the TCL Chinese Theater #1 (6925 Hollywood Blvd., Hollywood, CA). The event will include a post-screening interactive panel discussion, an autograph signing on collectible posters, and a few other special surprises.

Diedrich Bader, the voice of Batman, headlines the acting and filmmaking talent slated to attend the event. Bader, currently starring on ABC’s hit sitcom American Housewife, reprises his role as the Dark Knight from the popular animated TV series, Batman: The Brave and the Bold.

A limited number of free tickets are now available to the general public, and families are encouraged to come enjoy the film and festivities. Fans wishing to receive free tickets to the Los Angeles event on January 6 must RSVP via email to [email protected] The body of all fan RSVP emails MUST include the first & last name of the entrant, a valid email address, and how many tickets are being requested. Submissions should be simply stated as follows:

Tickets to the event will be distributed on a “first come, first served” basis, and fans will be notified via email promptly.

In Scooby-Doo! and Batman: The Brave and the Bold, super sleuths Scooby-Doo, Shaggy, Fred, Daphne and Velma join forces with the world’s greatest detective, Batman, when they discover that villains from both of their respective rogues’ galleries have also combined efforts to terrorize the city. With Scooby snacks in tow, the crime-fighting teams encounter classic Batman foes (Joker, Catwoman, Riddler, Penguin, Scarecrow, Poison Ivy, Harley Quinn) and allies (The Question, Aquaman, Plastic Man, Martian Manhunter) along with a bevy of fiends from Scooby-Doo lore (Spooky Space Kook, Gentleman Ghost, Miner 49er, Ghost Clown). As always, you won’t know who the ultimate villain is until those “meddling kids” pull off the mask!

Avid Scooby-Doo fans know this isn’t the first time the Caped Crusader has partnered with Mystery Incorporated. Forty-five years ago, Batman (and Robin) were the featured guest stars in a pair of The New Scooby-Doo Movies. Premiering in 1972, the renowned detectives worked to solve crimes together in the hour-long television movies entitled The Dynamic Scooby-Doo Affair and The Caped Crusader Caper.

An All-Star Cast from Scooby-Doo and Batman: The Brave and the Bold