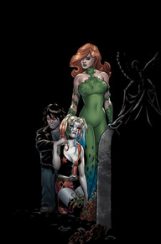 Harvey Dent said it best: “The night is darkest just before the dawn”. Consider next month’s Harley Quinn #33 to be the dawn. This week’s issue is dark, sad, emotional, and a little satisfying (more on that later).

We last left off with a cliffhanger with Harley Quinn and Sinn taken by Mayor Deperto’s goons, and forced to watch the execution of Mason. As if that isn’t horrible enough, Harley is taken out, and Sinn is about to be tortured. Through extreme luck, and precise aim, Quinn rises up and takes out a goon before pumping information out of the other. The rest of the issue plays out in John Wick mode, with a badass Harley seeking rightful revenge (and it’s satisfying). The story ends with Deperto getting what he deserves, but we’re reminded the cost.

Jimmy Palmiotti apologized a while ago for getting so dark in the book. No apologies necessary: this issue worked well, showing the stakes and costs going into corruption and righting the wrongs. We saw how emotional Harley got, as well as the rest of her crew. Basically, you can’t get an emotional redemption without raised stakes. While the beginning was a little tough to read and watch, once she came to, Harley kicked some ass. That was a great payoff for the enduring pain over the last few issues. 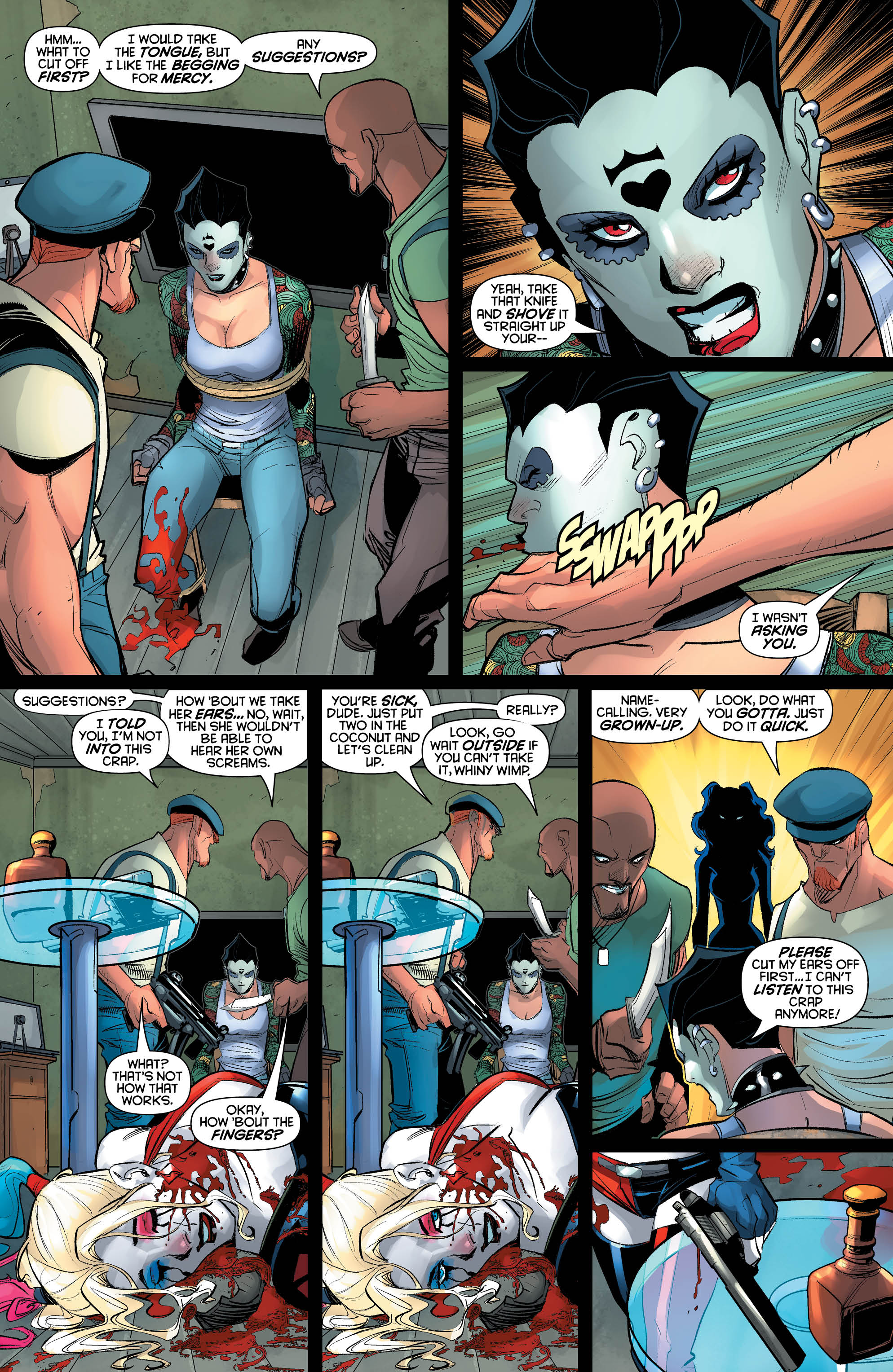 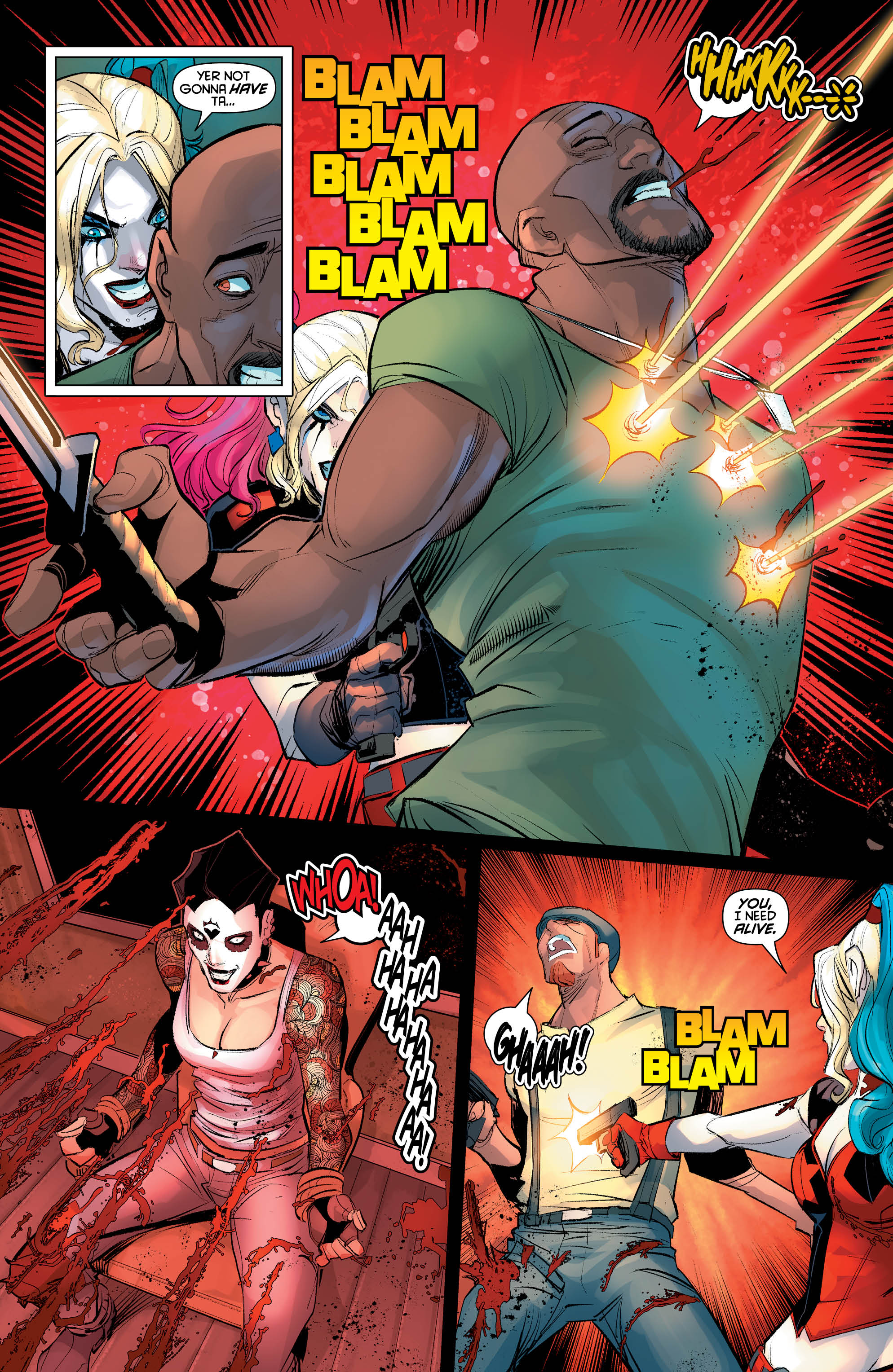 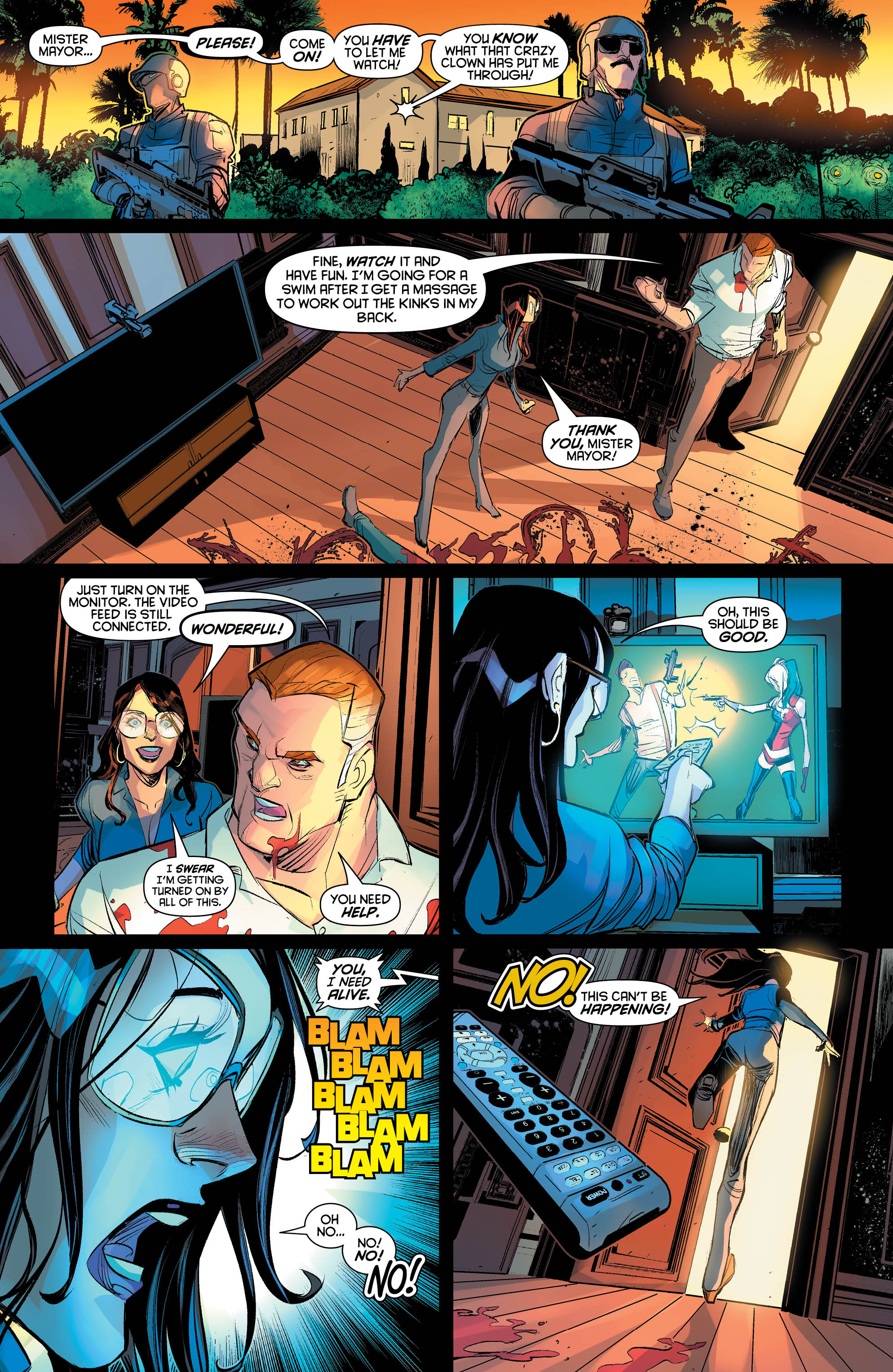 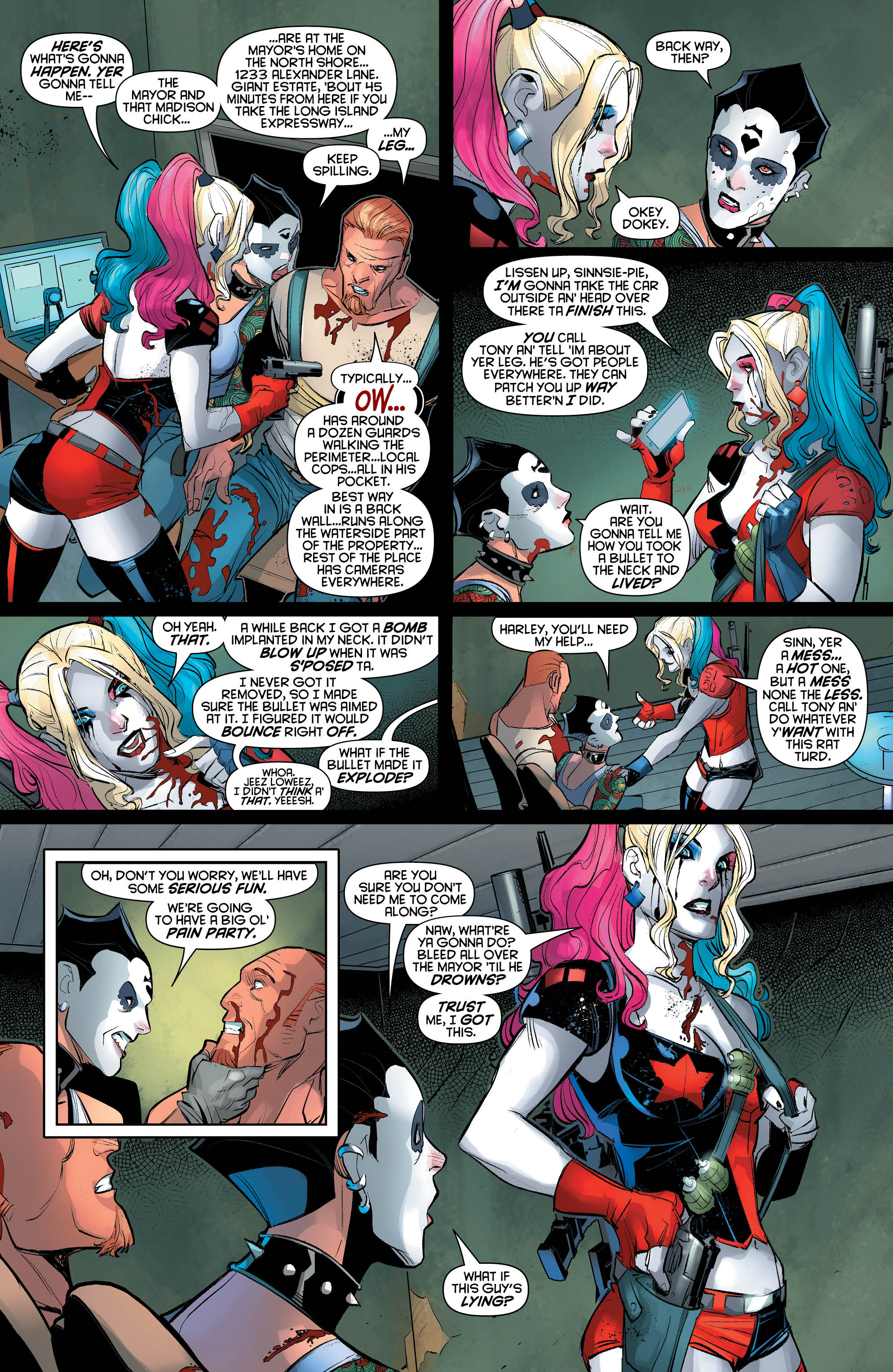 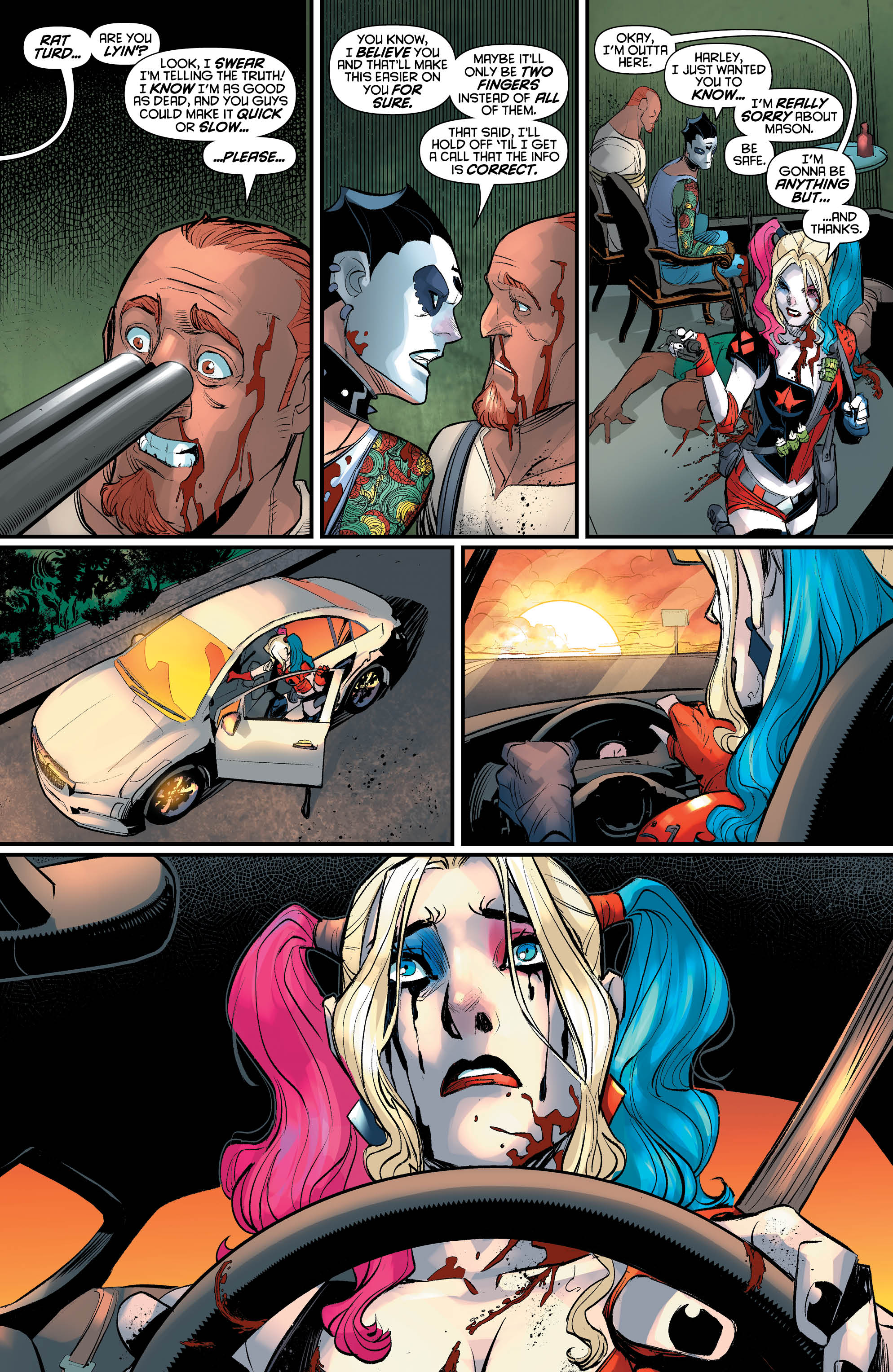 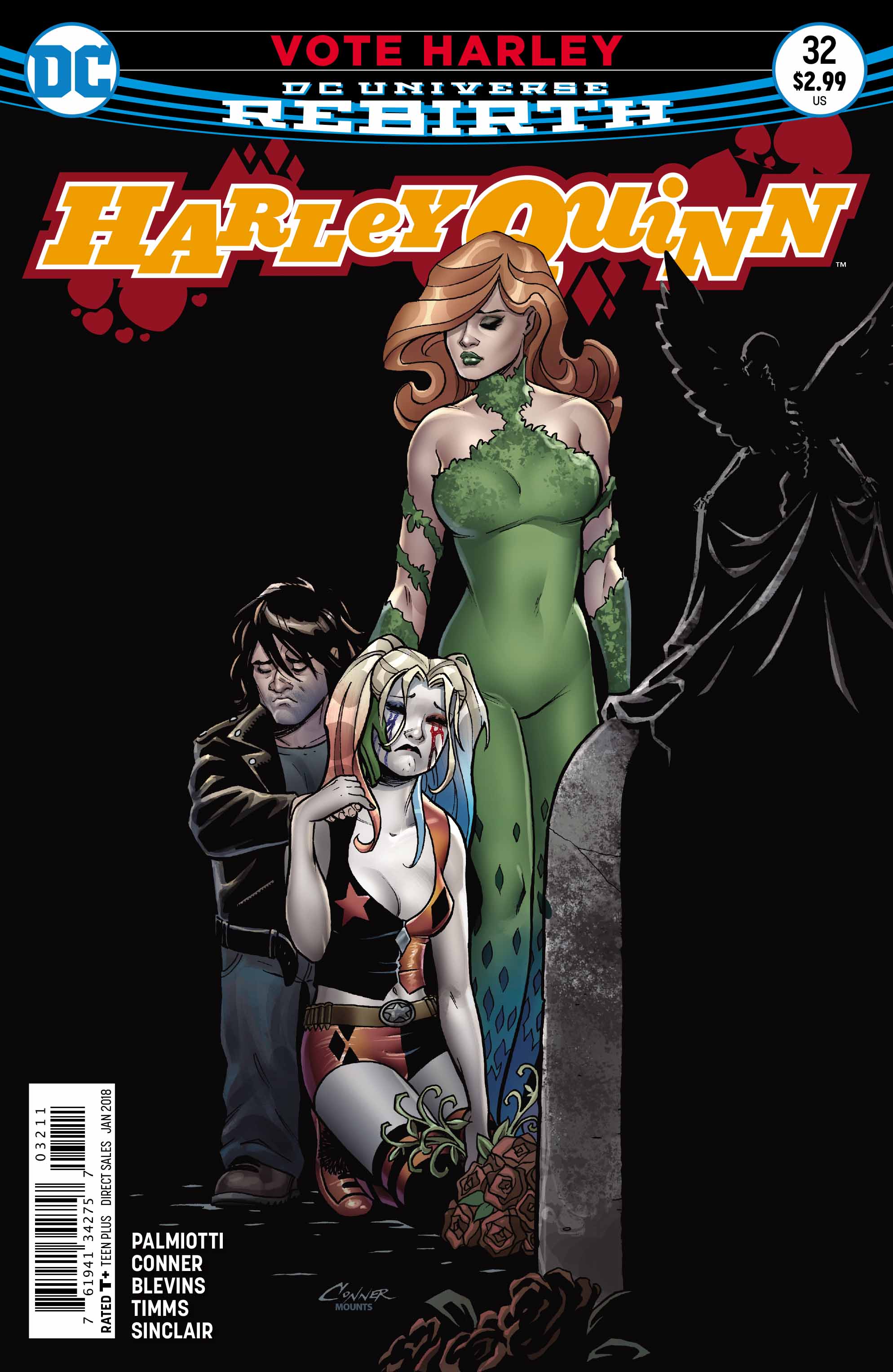 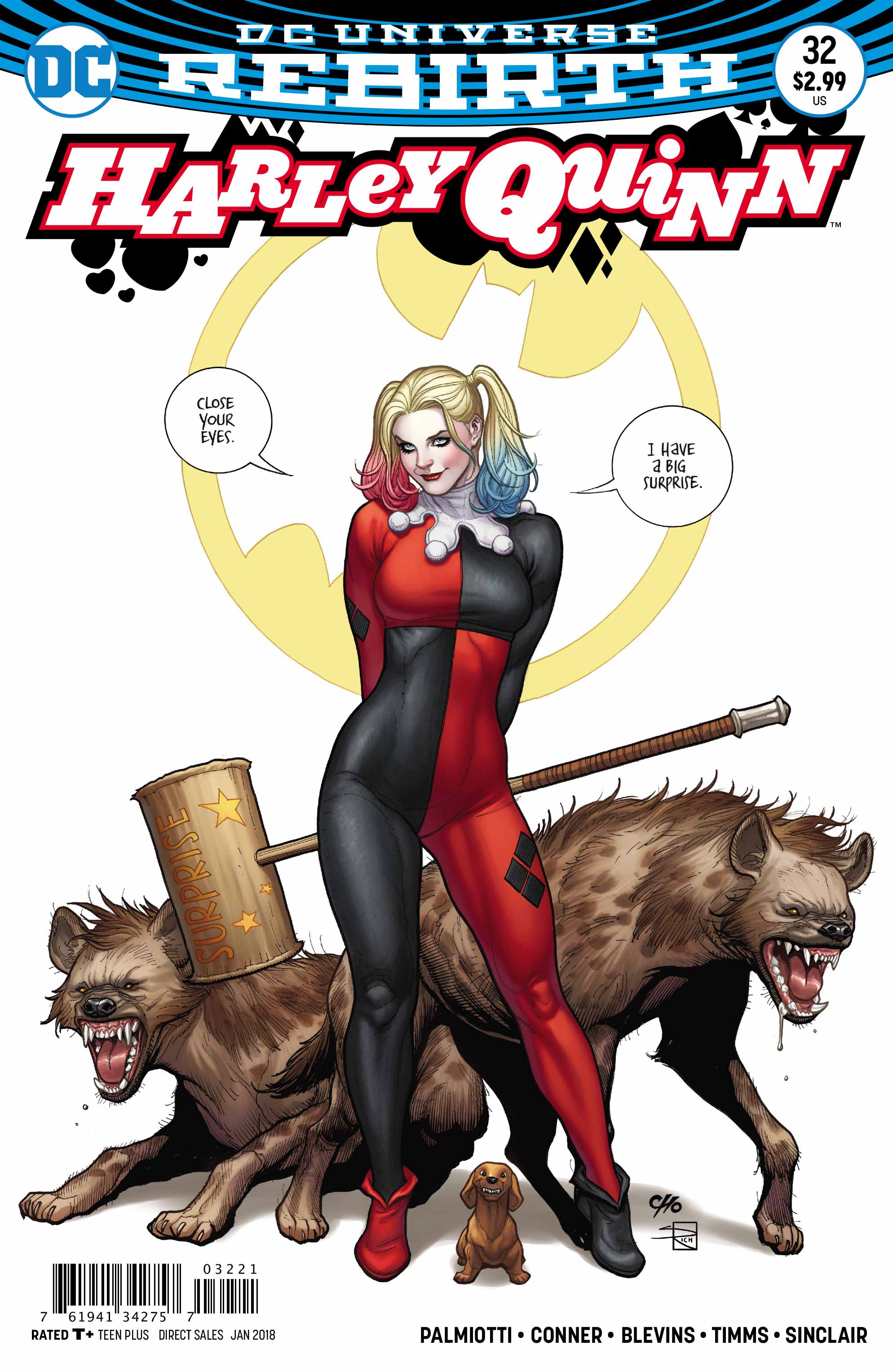 The art by John Timms and Bret Blevins is once again top-notch. I’ve gone on and on (and on and on) about how fun this comic looks, and it’s more of the same here. Nothing is mailed in, and everything presents a lot of fun, comic book issue. Even though the beginning of the issue isn’t meant to be fun and all, it still looks great and doesn’t distract from everything that’s come before it. I’ve always loved the color in Harley Quinn; it’s bright, precise and complements the detail. Great looking issue, again.

Harley Quinn #32 hits every note it sets out to reach. There’s emotion, stakes, and a payoff. Jimmy Palmiotti and Amanda Conner have written such a great character and it’s sad they’re leaving the book in two issues. But, what they’ve given us is definitely something we should be thankful for this holiday.