Gotham returns with Season 4, anticipated to bring us more of our timeless Dark Knight. Seasons 4 will pull from two classic comic book arcs; the first half of the season inspired by Batman: The Long Halloween, while the second half by Batman: Year One. Both these arcs delve into the becoming of Batman.

David Mazouz is our young Bruce Wayne. Thanks to Alfred Pennyworth (Sean Pertwee) and Detective James Gordon (Ben McKenzie) Gotham has done a nurturing job into building Batman, we are now seeing his vigilance take action. “Pax Penguina” is a thrilling episode and a strong start to jumping back into Gotham‘s underworld after this intense sunny summer. As Bruce’s life embraces and amalgamates into Gotham’s darkness, the city grows braver. The media will not downplay anymore. 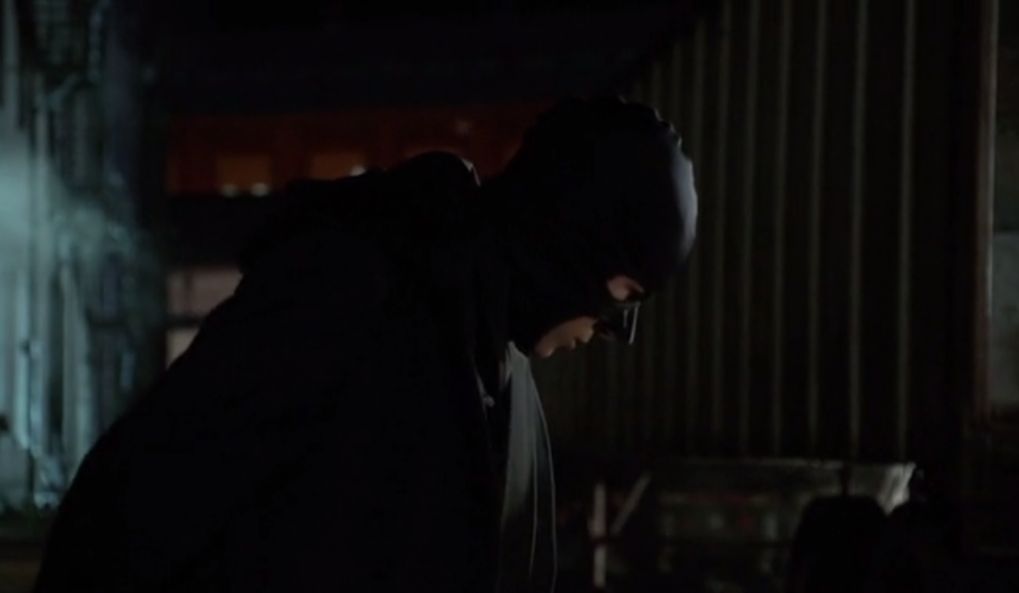 Much of Gotham developed the how and why behind young Bruce Wayne, and season 4 plans to embody part of Batman: Year One. Batman: Year One, written by Frank Miller, 1987, is the iconic tale of Bruce Wayne’s young adult years and Batman’s becoming. It’s a psycho-analytical piece, and some would say essential to understanding how the relationship between Detective Gordon and Batman developed. Gotham first began with Gordon as the centre of the series, a murder/mystery feeling in season 1. It was hard to understand why a goodie-two-shoe cop from the GCPD would become one of Batman’s greatest adversaries, but the series engulfs Jim into as much darkness and horror as Bruce and Alfred face. The episode “Pax Penguina,” Bruce is trying to “work” undercover, but through trial and error, he will find his right camouflage and insignia. He is lost, and a bit distraught, but Mazouz plays him as determined as ever. 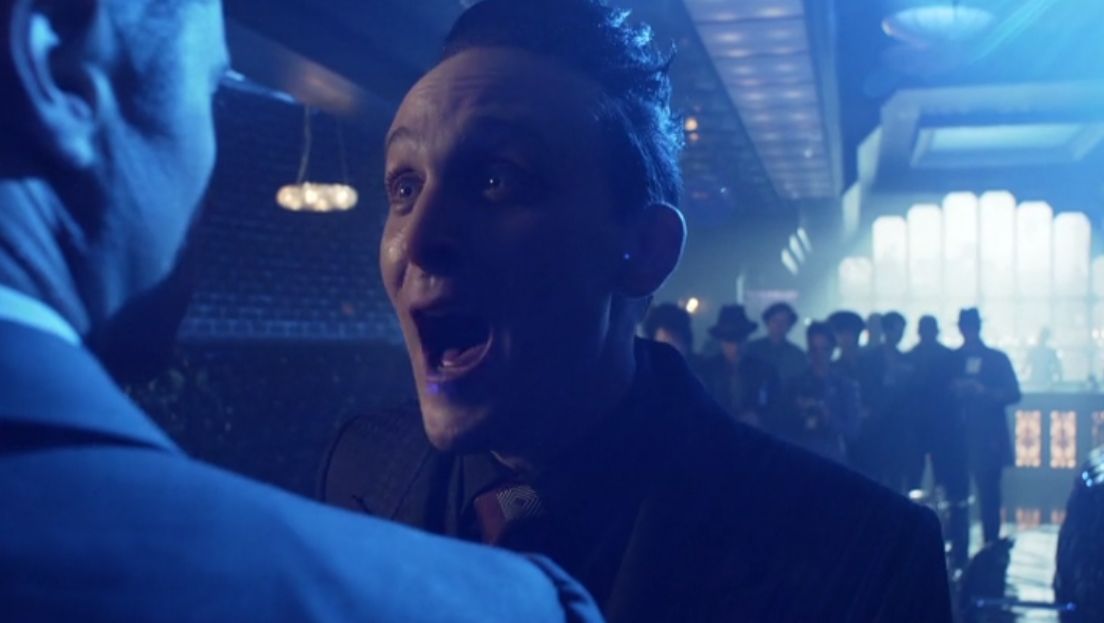 Is there any villain more extra, more theatrical than Gotham‘s Penguin (Robin Lord Taylor)? Is there any villain who tries harder than him? Goodness, yes, but this sneaky devil wins. I am in love with his spin. In addition (Spoiler!) we see Edward Nygma imprisoned in ice. We know who won. The media flashes photos in vapid excitement (the media is as evil as the crimes). Oswald Cobblepot tells the reporters he had to freeze his dear friend because Nygma was dying from an illness no one could save him from (lies!). Yet, I find it humorously sweet how it mimics the story of Mr. Freeze and his wife, as Penguin did have feelings of extreme one-sided affection towards Nygma. Nonetheless, he reigns King of Gotham currently. The development of his ice palace with Ivy is a fun ride. 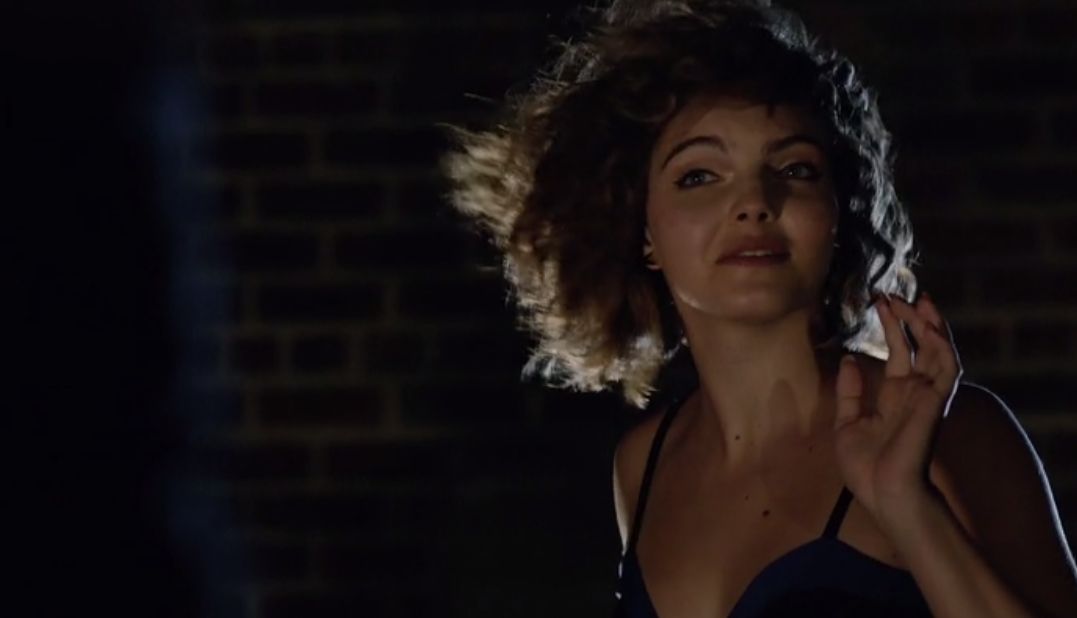 Alfred: Honestly, you two. Why can’t you just go to the cinemas like normal teenagers?

She’s been through hell and back. While Bruce had a constant line of support, Alfred, Gordon, money, Selina (Camren Bicondova), at most, had her friend Ivy. There’s tragedy between the two youths. Selina isn’t used to opening up, to welcoming people into her world, but from season 1, she’s welcomed Bruce, albeit with judgement. But who wouldn’t judge a trust-fund-baby? Through persistence, Bruce put himself in her life, and then when she needed him, he disappeared. This darkened her further. I love Bicondova’s acting, you can see the pain and tragedy in her eyes when she speaks. Gotham is doing an amazing job portraying the growth of their relationships, making it as complex as it is in comics. 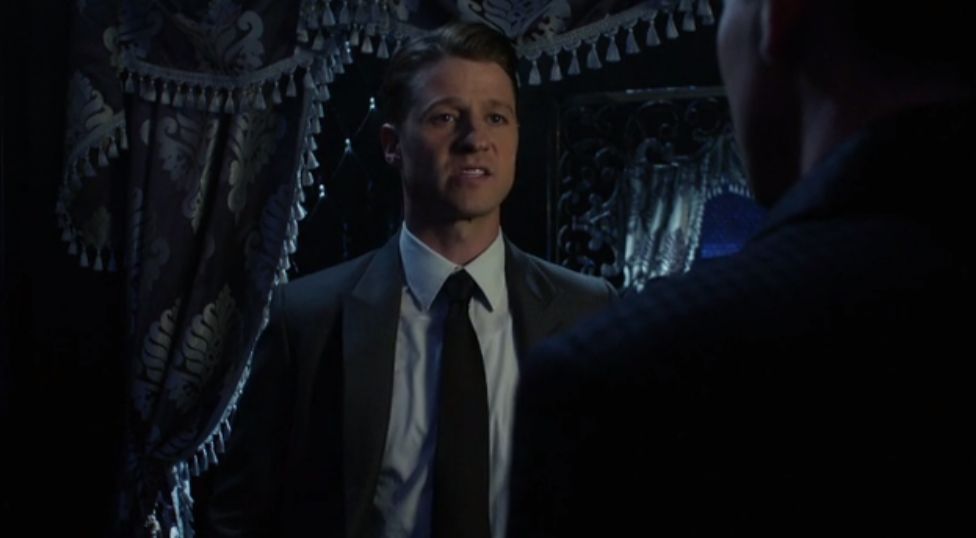 Now if only all of the GCPD could follow that. Tsk.

Well, his life is about to enter hell again. James is an ongoing project, we are seeing why he becomes the well-respected commissioner of the GCPD. He’s bold as ever and more confident as he knows each villain of Gotham City almost intimately. He isn’t scared to start a war with words between him and Penguin. Oswald is heavily frustrated but still calls him old-friend. This is how he becomes Commissioner. He is a political character, and politicians have to fight dirty at some point. His undertone threats, such as calling out Penguin’s disposition will get him in trouble, but right now, in Gotham, Gordon is untouchable. 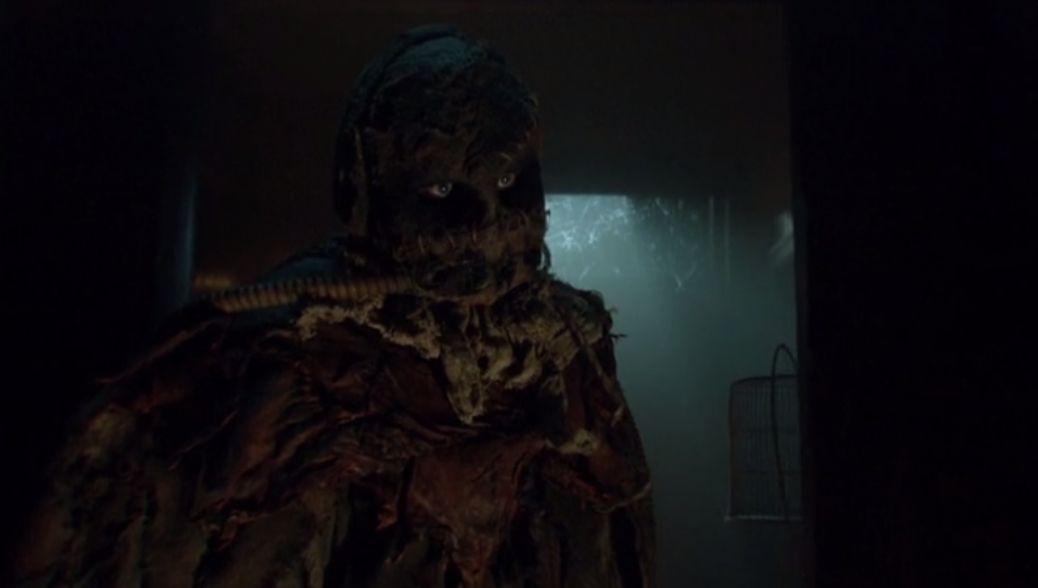 Halloween is coming up, kiddies! And the best time to bring up Gotham’s faves: Scarecrow. To recall, season 1 is where Crane’s fear toxin was originally introduced into the series. With films such as IT coming out, this character design is purely horrifying. A combination of mutated features with nothing but big beady eyes watching you in sheer intensity, ugh spooky…get ready for a trip!

Amazing introduction! In its season premiere, Gotham managed to gain over 3.2 million views. In addition, we are not sure if this is their final season or not, as it wasn’t until after season 3 was filmed when Gotham had their contract renewed for a fourth season. I’m excited to see this journey. The cinematography is beautiful, but I know each episode at least 4-6 plans are in execution. It’s dark and dreary, and everything you want Gotham to be. Episode 2 airs Thursday, September 28th.