Seven months removed from The LEGO Batman Movie debuting earlier this year and it keeps on giving. LEGO has released photos of its new playset, The Joker Manor. One of the best comic book movies this year starred LEGO incarnations of the DC Universe, so it’s surprising that the brick company didn’t capitalize on this set sooner. However, with the popularity—and controversy—of The Joker as of late, it’s not surprising to see this tie-in.

In the movie, Batman shuts everyone out; including The Joker, who is slightly obsessed with The Dark Knight. Joker’s feelings are hurt when Batman says he is not as important in his life as he thinks he is; leading Joker seeking his ultimate revenge. The LEGO Batman Movie finds a way to tell a compelling story within the boundaries of complete silliness. It’s a roast of all things Batman, dating back to the 1940s Batman serials, but in a real sincere way.

In the LEGOverse, it’s not surprising that the Clown Prince of Crime wants to be Batman and this set makes that dream come true. The Joker Manor stands at 21.65” high, 25.98” wide, 10.63” deep, and consists of 3,444 LEGO pieces. Also included are ten minifigures, including brand-new disco versions of Batman, Joker, Batgirl, and Robin. The outside includes a rollercoaster that surrounds the building, a rotating “big eye” tower, and a Joker head with a trapdoor slide. The interior includes everything you’d expect Wayne Manor to have, with some Joker flare. 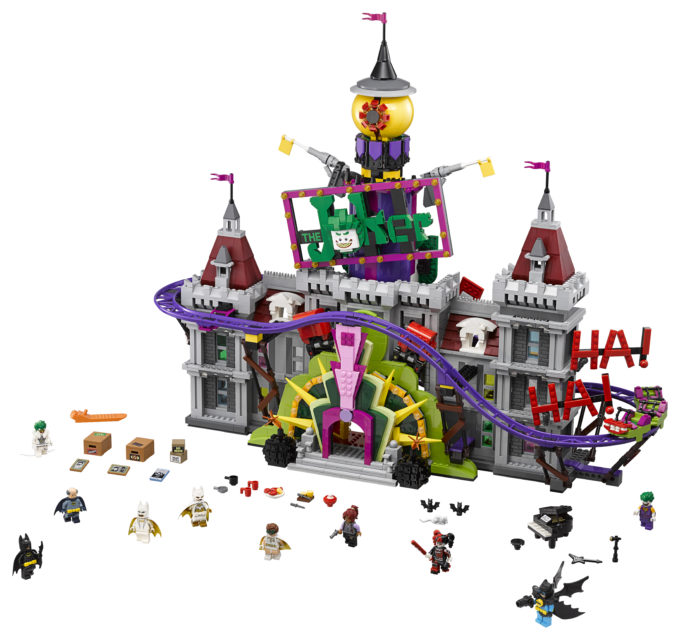 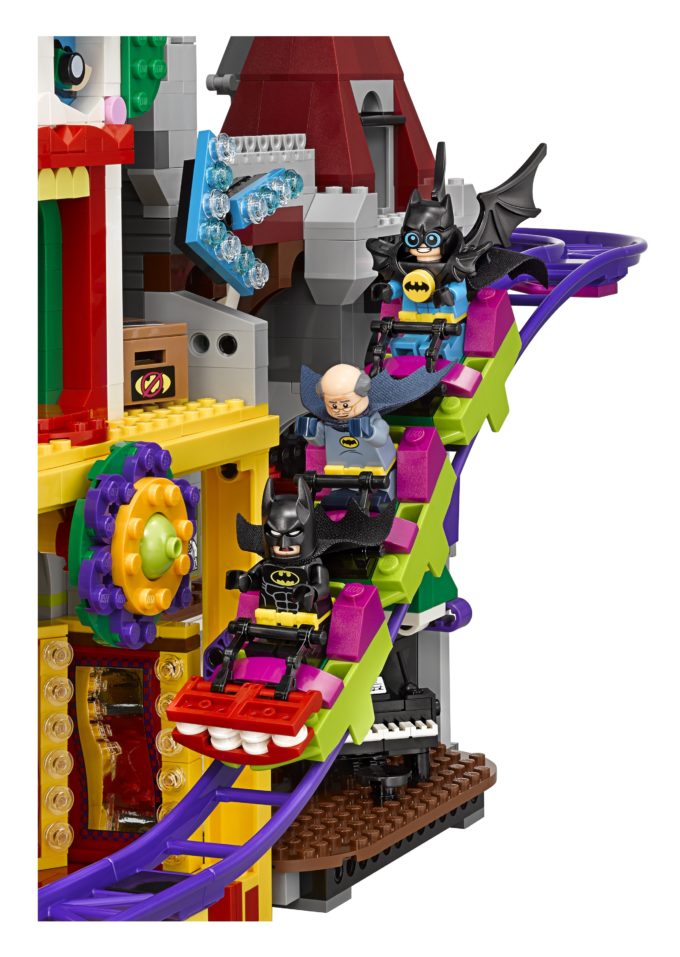 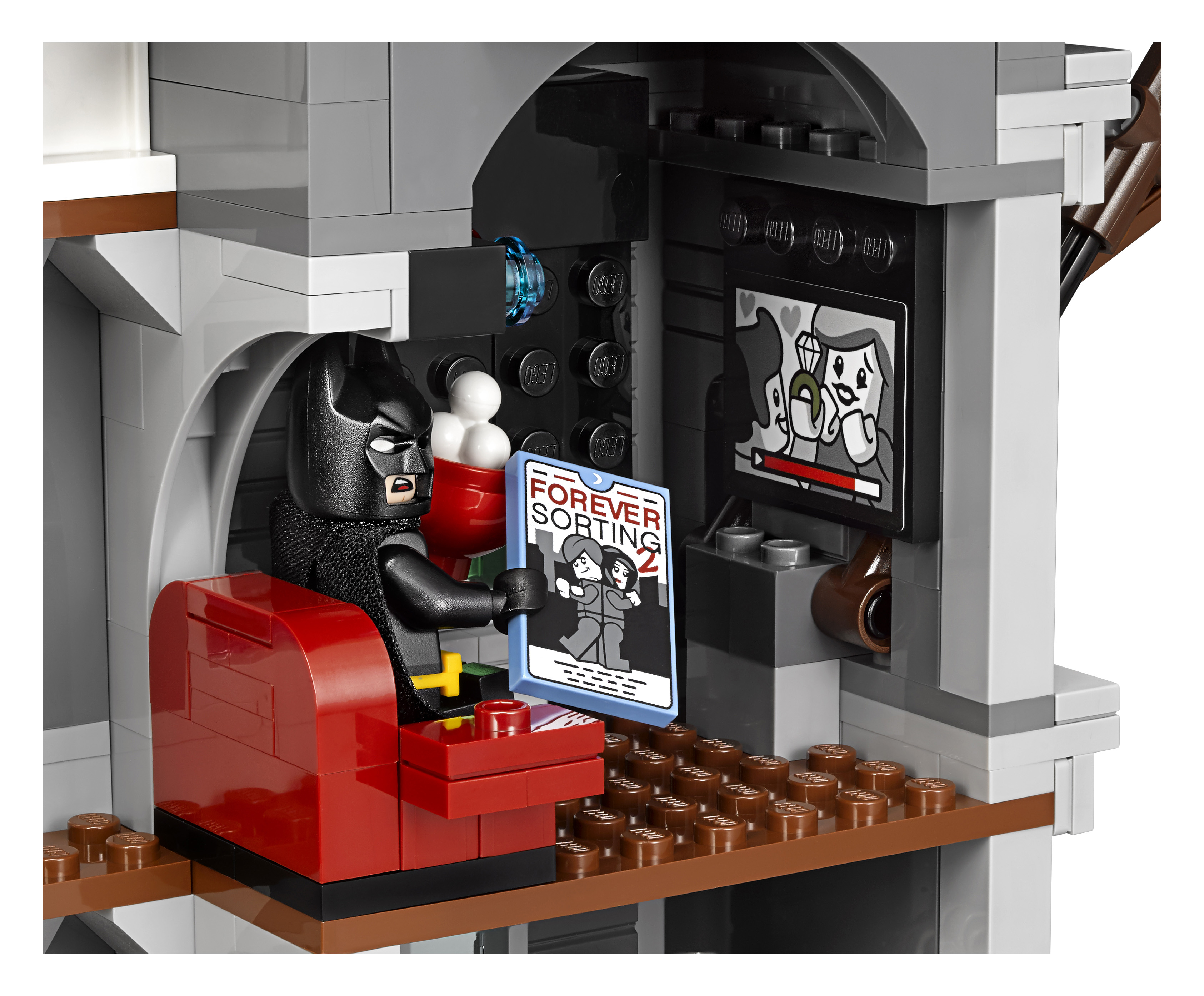 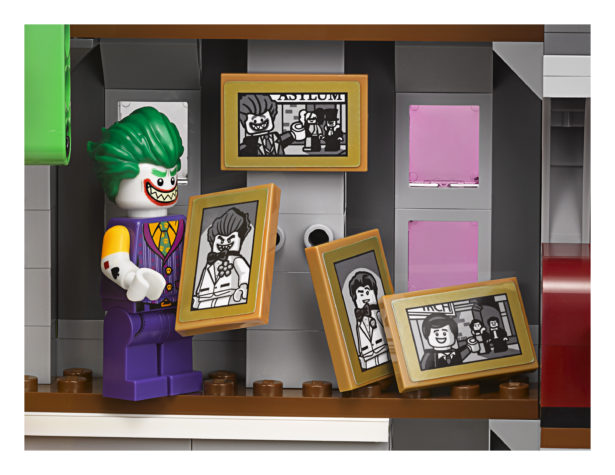 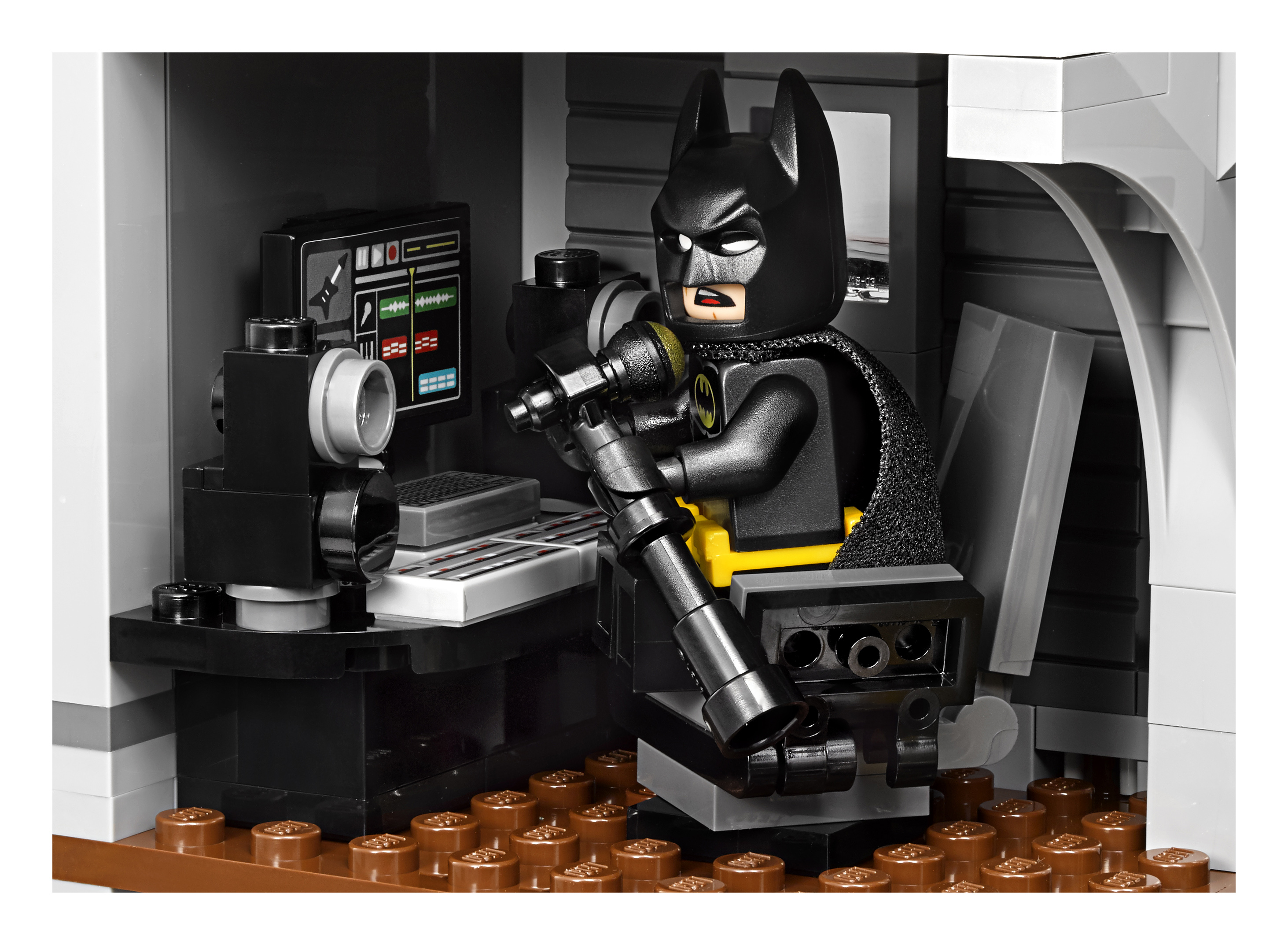 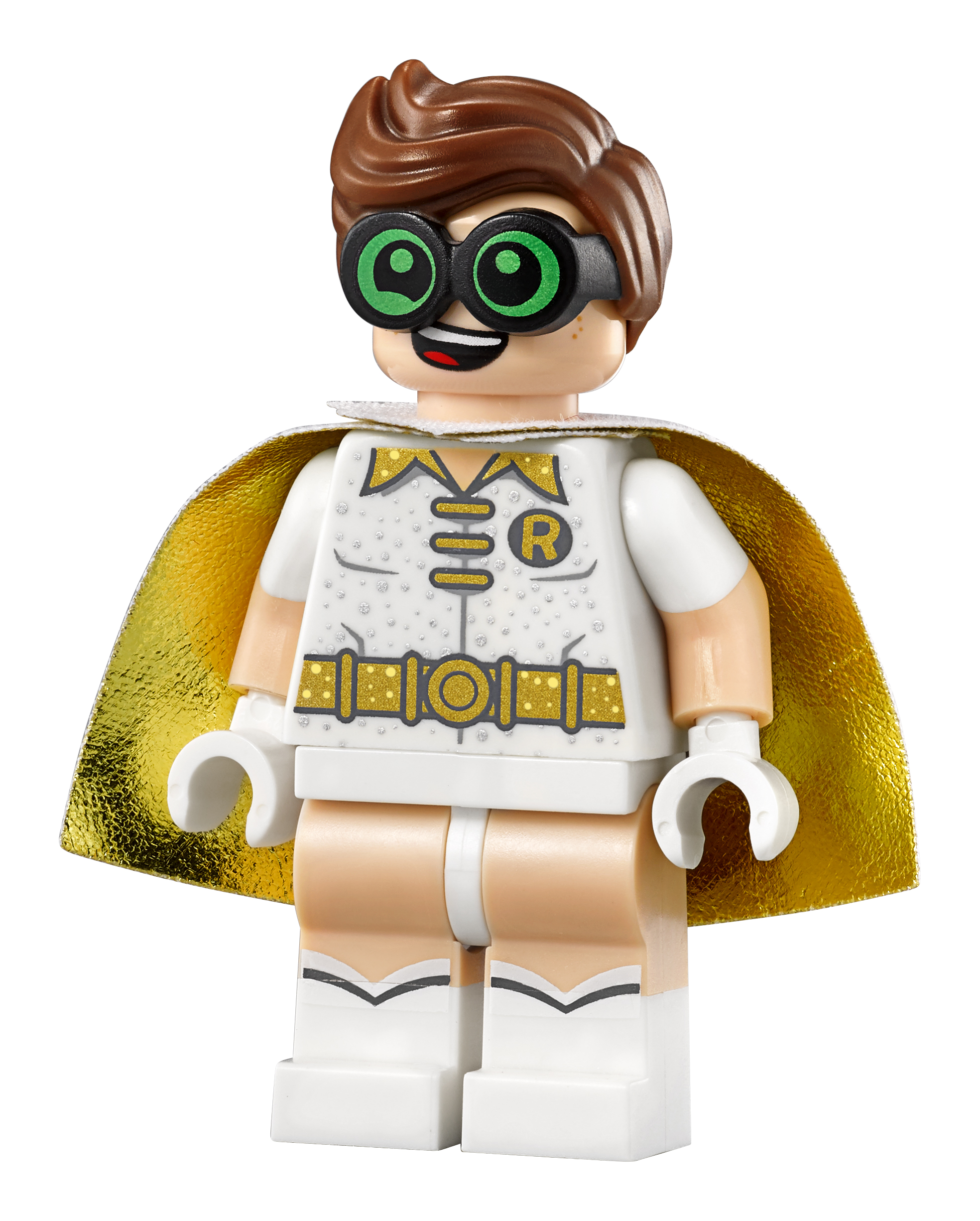