Christmas With The Joker 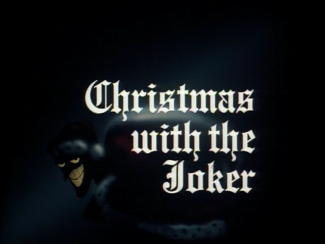 Batman: The Animated Series left an impression on me that I can’t describe, yet I’m finding out many others are in the same boat. I was around 7 years old when the show first started to air, and I was in love. I’d give the title of “My First Love” to this series. Everything about it left me fascinated with the character. The action, the darkness, the fun villains and of course, that sweet Batmobile. Sure, I could list all of the other reasons, but 1) that’s not a fun article to read and 2) I don’t have all night. So let’s cut to the chase: “Christmas With The Joker” is one of the best episodes of the series.

One of the highlights of the entire series stems from this episode, and straight from the top: “Jingle bells, Batman smells, Robin Laid an egg. The Batmobile lost its wheel and the Joker got away!”

Sure, it was taken from the first episode of The Simpsons, but it only seemed perfect my memory stems from the Joker himself. This scene is PRICELESS. How many people do you know who like to interject this version around the holidays every year? Even my parents, who never watched the show, know this verse verbatim. Oh, and it’s become a lawn decoration: 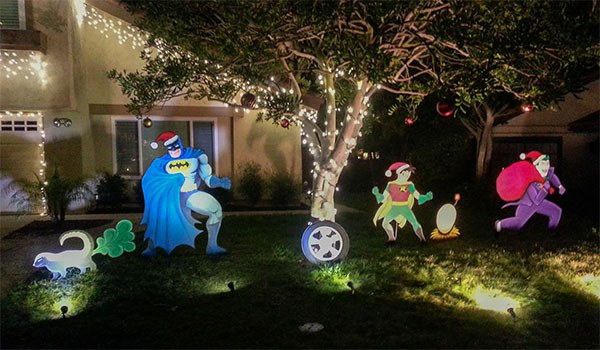 Enough with the song, but it’s a classic.

Though this episode aired early in the series’ run (just 2 months in), it would establish the high bar the creative team had set. What we have is 22 minutes of a comic book playing out on the small screen. The Joker has escaped Arkham Asylum on Christmas Eve. Meanwhile at Wayne Manor, Dick is trying to convince Bruce to watch It’s A Wonderful Life because they won’t need to suit up for the night. Unconvinced, the Dynamic Duo hit the town. Just when you think Dick may be right, the Joker strikes. In a new annual special, “Christmas With The Joker,” he’s taken captive The Awful Lawful Family (Commissioner Gordon, Summer Gleason, and Harvey Bullock). Batman and Robin must dodge all of the Joker tricks and terrors to save the day!

Sounds like an issue you’ve read before, yes? The story is great and it’s executed perfectly. It is a blast and hilarious all the way through. I especially like the gags the Joker has popping up throughout the episode, including the big Joker-in-the-box. There aren’t many twists to the plot, but that’s okay. We see a straight, linear story that is about the characters and it works.

Oh my, how everyone nails their parts in this episode. Mark Hamill is at the top of his game here. He is hysterical. His jokes, energy, holiday spirit ooze charm in every frame. He is easily my favorite part about this episode, and it may be my favorite Hamill-Joker performance of mine. 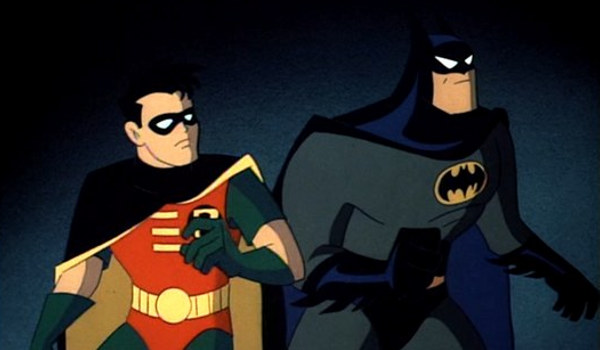 Kevin Conroy is classic Bruce Wayne/Batman here, through and through. That’s a good thing too. The way he continually expresses gloom and doom comes off kind of funny. I love how much he repeats “It’s never easy with the Joker,” especially the one scene in the Batmobile where it comes out of nowhere (I laugh every time, in a “wtf” sort of way). Oh, and you can’t forget the nod to the ’60s series:

“Robin, operation cause and effect!”

Loren Lester is charming as Dick Grayson/Robin here. I love his optimism on the holiday, and how even bad guys have families to go home to on Christmas Eve. He’s set on watching It’s A Wonderful Life and by golly, he gets his wish in the end. Though the evening doesn’t go as planned, he’s still the reliable and loyal sidekick all night long.

The only disappointing performance (and thing in the episode) is from Alfred, but there’s a reason: it’s not the performer we’ve come to know and love behind the butler. We all know Efrem Zimbalist Jr. as the man behind the voice. Here, we have Clive Revill, who also voiced him in episode “On Leather Wings” and “Nothing to Fear.” If you’re wondering who Clive Revill is, he also voiced the Emperor in The Empire Strikes Back (it’s a Star Wars reunion!). Revill does a decent job, and hardly has any lines here, but it’s noticeable and I’m glad we ended up with Zimbalist.

Words can’t express how much I love “Christmas With The Joker.” It is 22 minutes of fun, classic Batman from comic book to screen. Mark Hamill shines as the Clown Prince of Crime. Kevin Conroy and Loren Lester set the bar for heroes on tv. This is one of the best episode of Batman: The Animated Series.