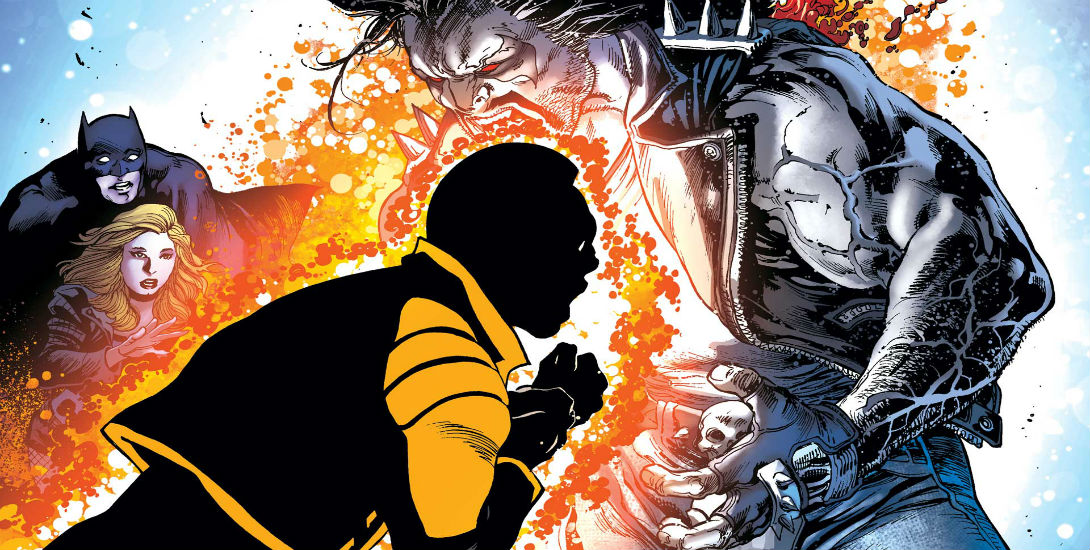 “Heart of A Bastich” Part 2 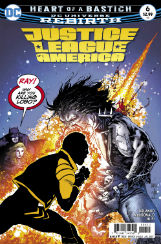 Wow… that ended pretty swiftly. No, seriously the “Heart of A Bastiche” arc  was over in a flash. I thought for sure this story arc will continue on for another issue, but no, it was over just like (snaps fingers) that. However, I have to admit, it ended on a decent note. Issue #6 was (in certain areas) a major improvement on the previous issue.

Continuing on from issue #5, the Justice League of America face off against Aegues’s army of soldiers and fabricated creatures inspired by Greek Mythology. Empowered in light-based armour and wielding weaponry conjured by the Ray, the JLA boldly fight the hordes of soldiers and flying creatures. One of their most powerful members, Lobo, has been severely poisoned by Aegeus which hinders his impressive healing factor, but the main man isn’t out of the fight just yet. The source of the poison is emanating from his heart and thus the only way for Lobo’s healing factor to function again is to tear out the heart. And that is precisely what happens. Lobo convinces The Ray to literally stab his heart out right from his chest, in a suitably graphic panel of Lobo standards.

Ohhhh…so that’s why this arc is called “Heart of a Bastich. “Clever foreshadowing, Steve Orlando.

As Lobo recovers, the rest of the JLA defend Penn City’s citizens from Aegeus’s army. The level of action is the most blatant improvement from the previous issue and it does not disappoint. The action is fast-paced and it gives Batman, Black Canary, Vixen and Killer Frost a chance to showcase their individual abilities. I especially loved the panels showcasing Vixen’s various animalistic powers.  The action was actually the reason behind this issue’s surprisingly quick pace. The action consumed about half of the issue, while the other half was dialogue between the characters.

Thanks to the combined efforts of Lobo and Atom, Aegeus is finally apprehended and his flying creature army subsequently dissolve into salt. Afterwards, the team converse amongst themselves about their place in the team. 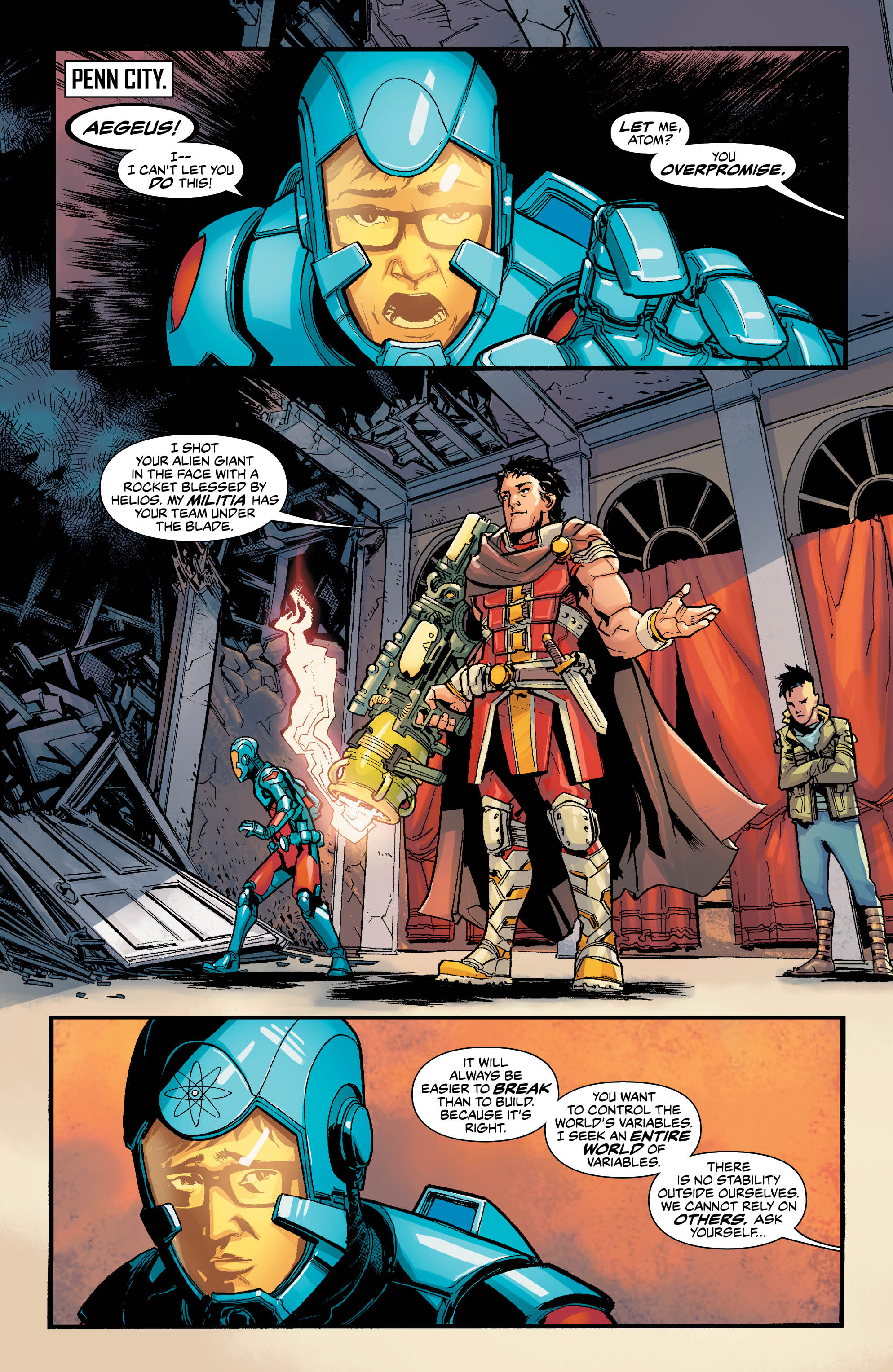 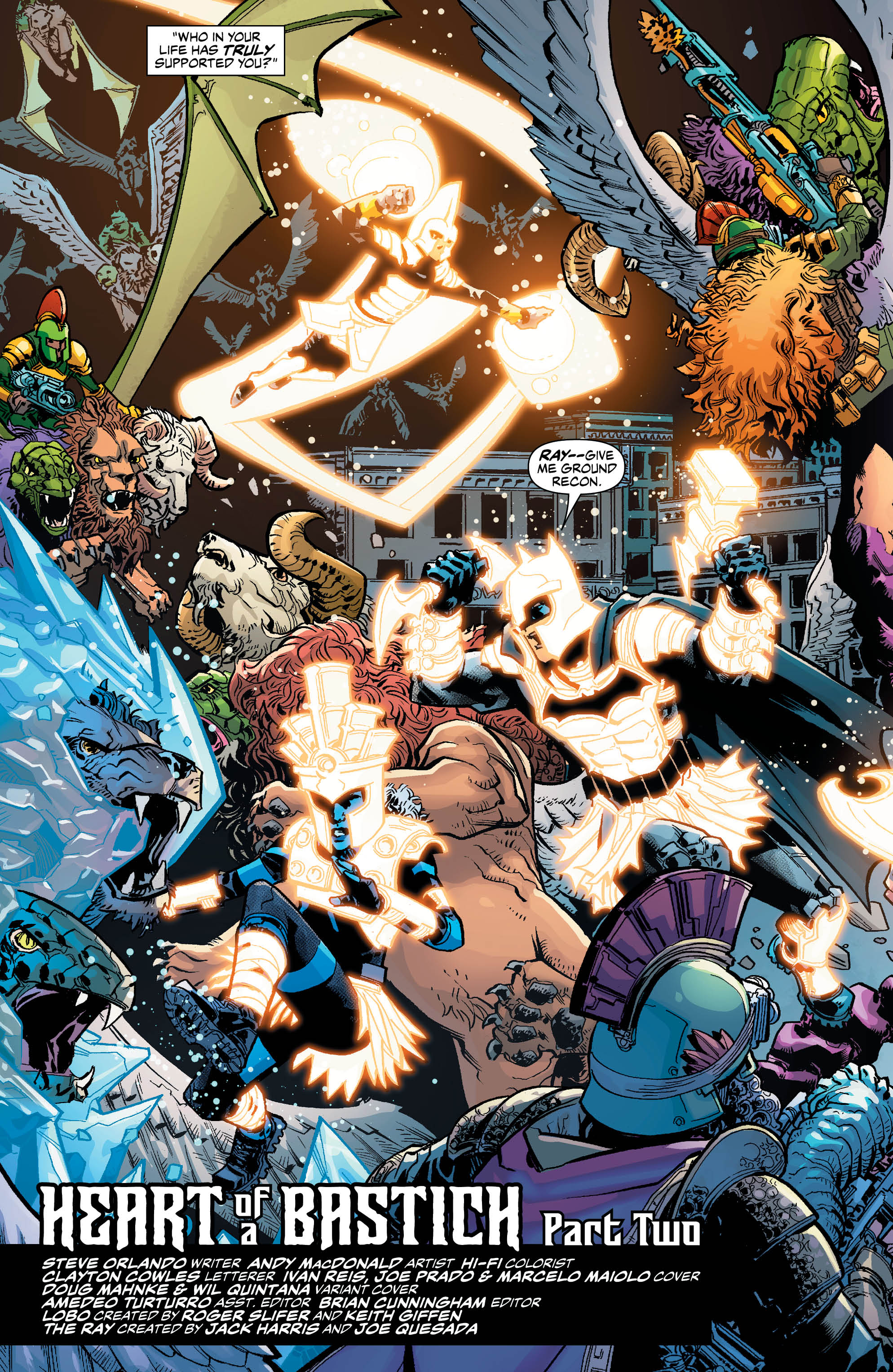 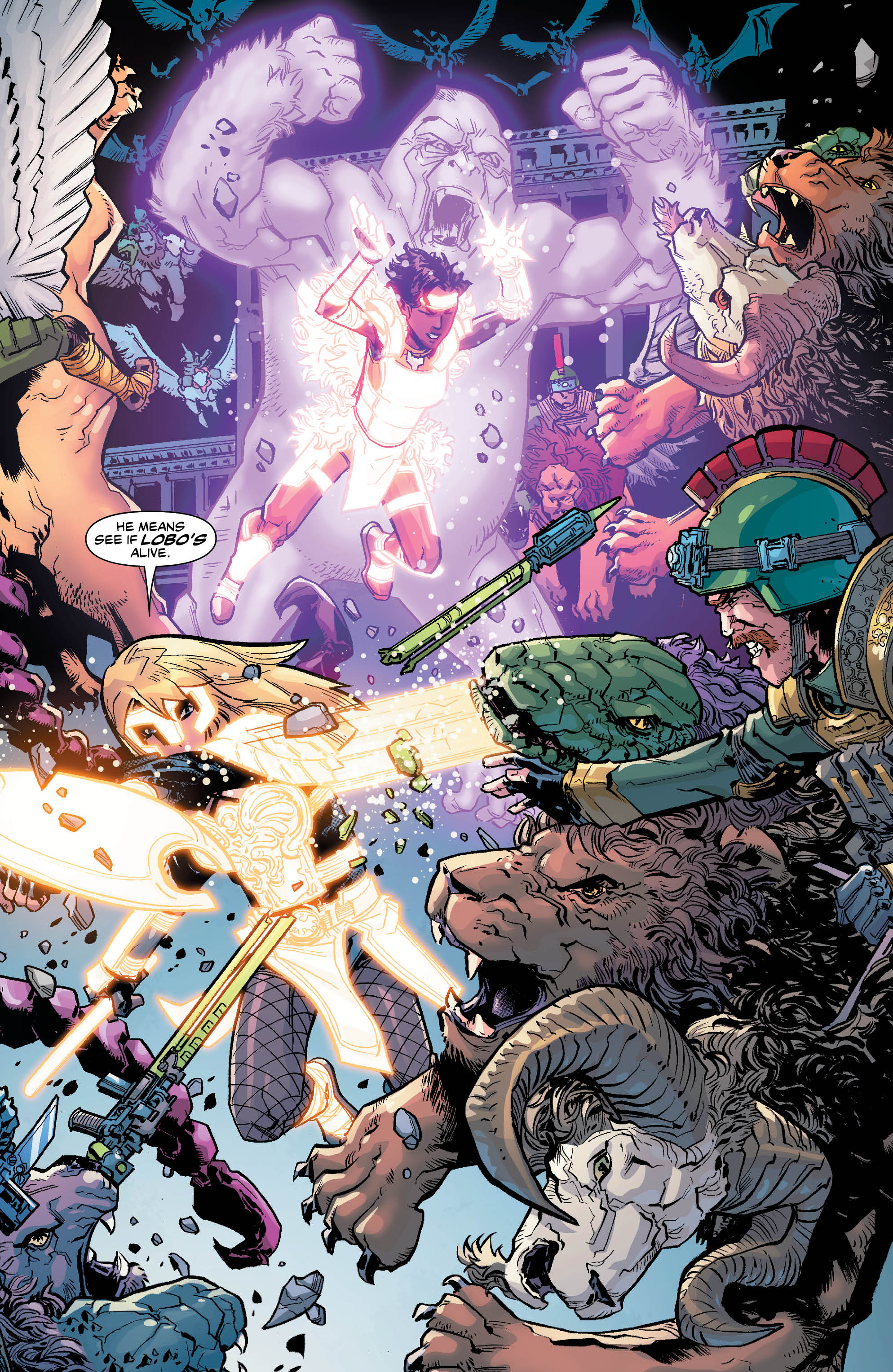 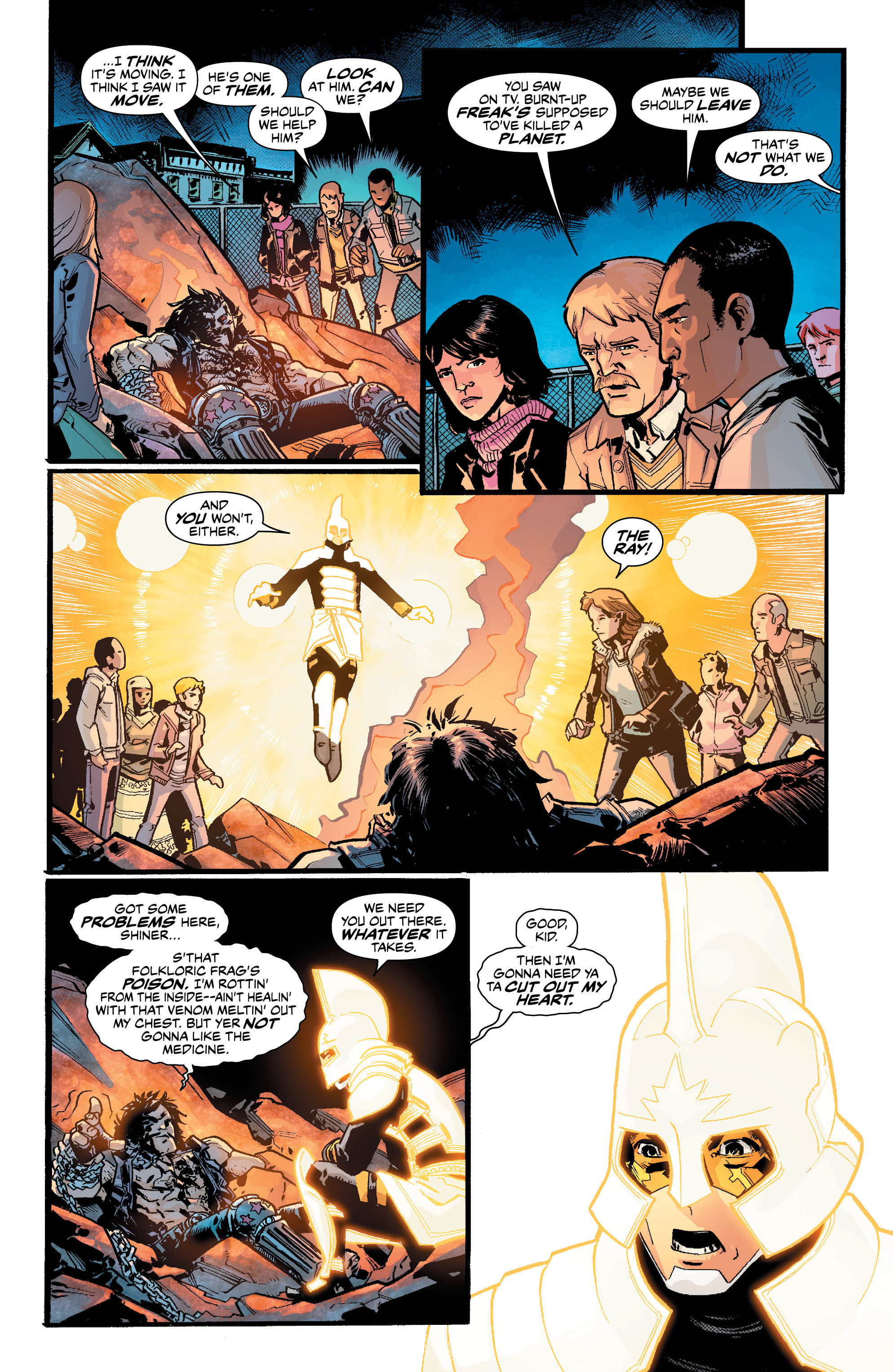 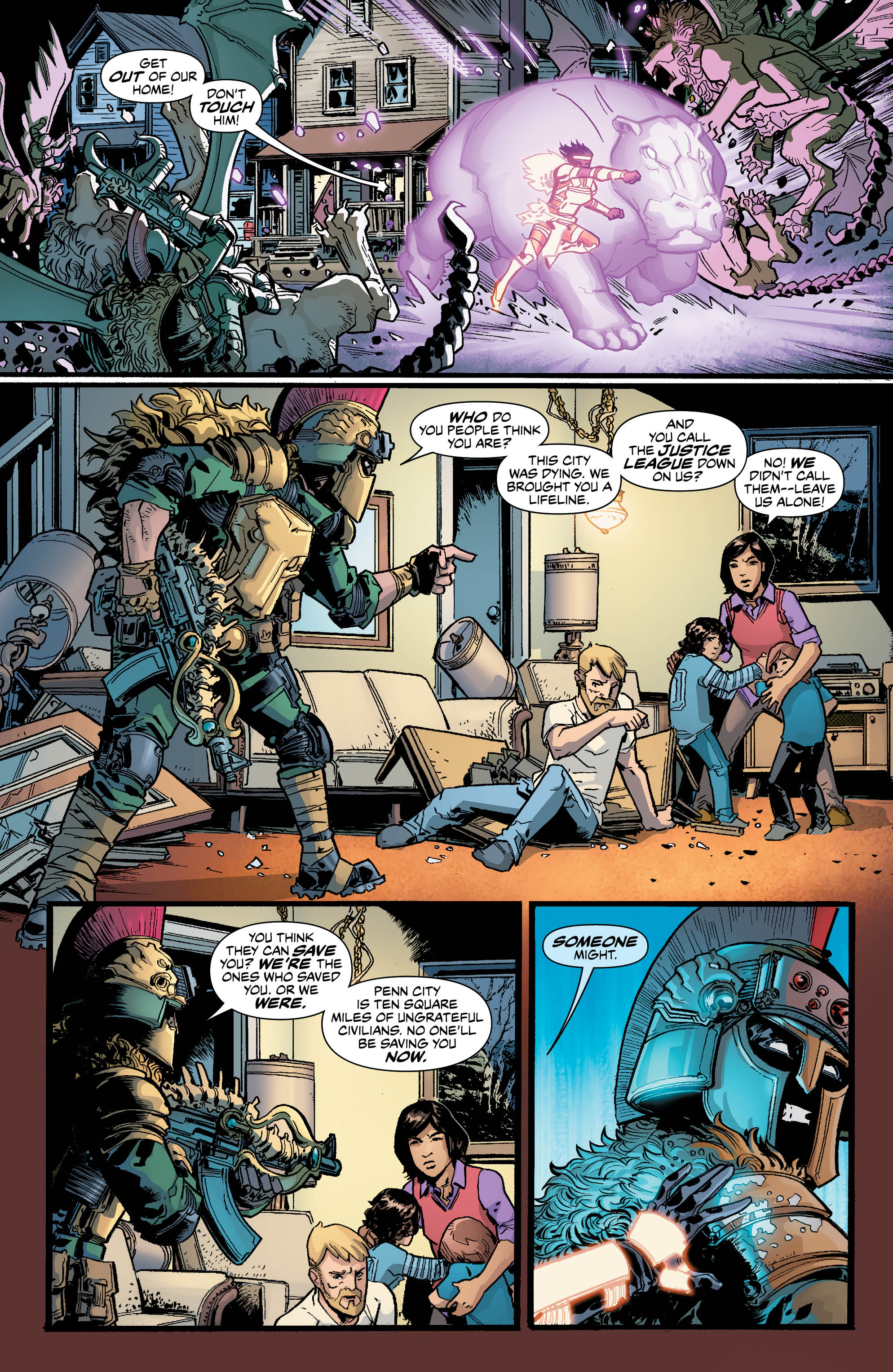 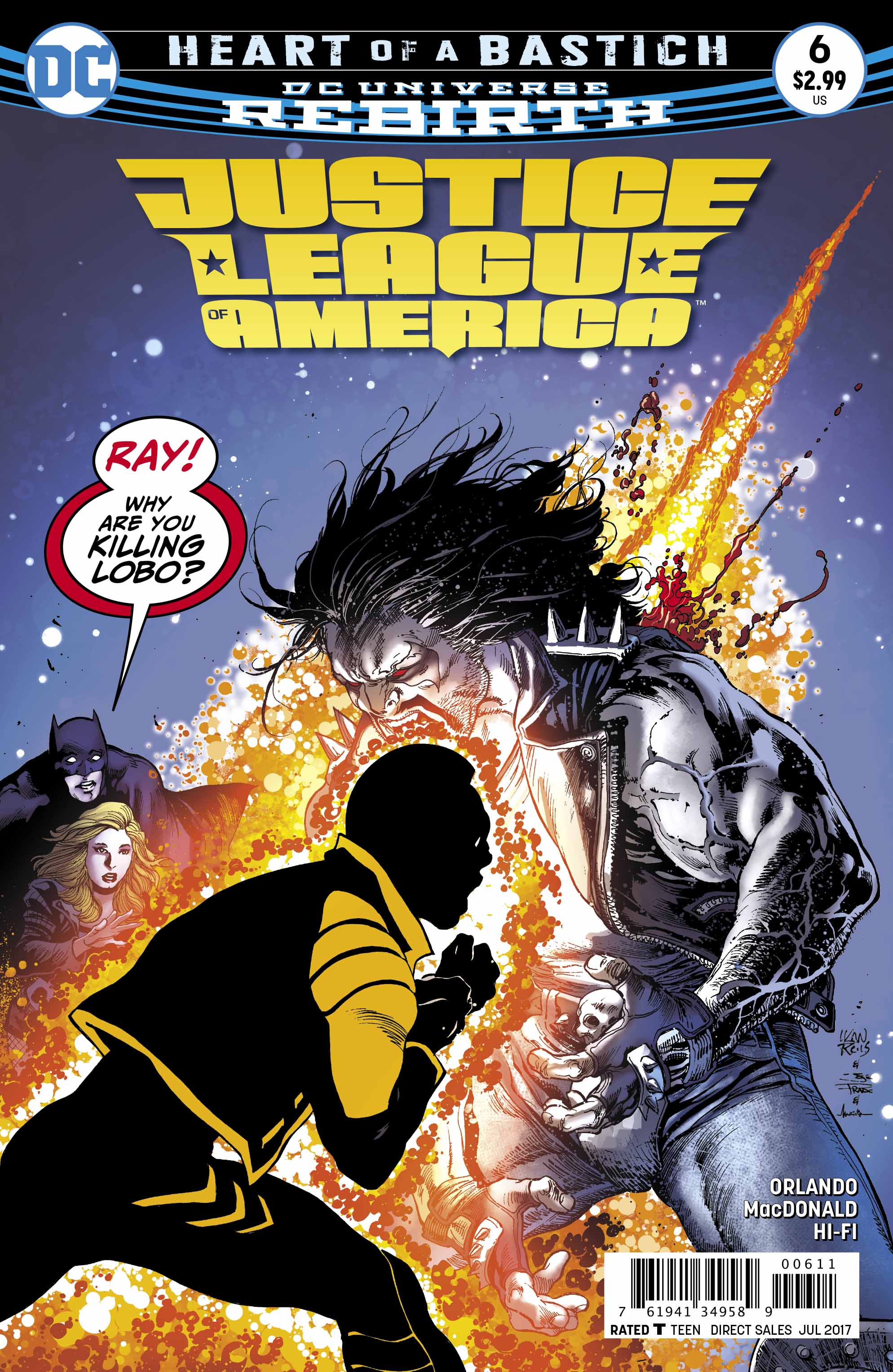 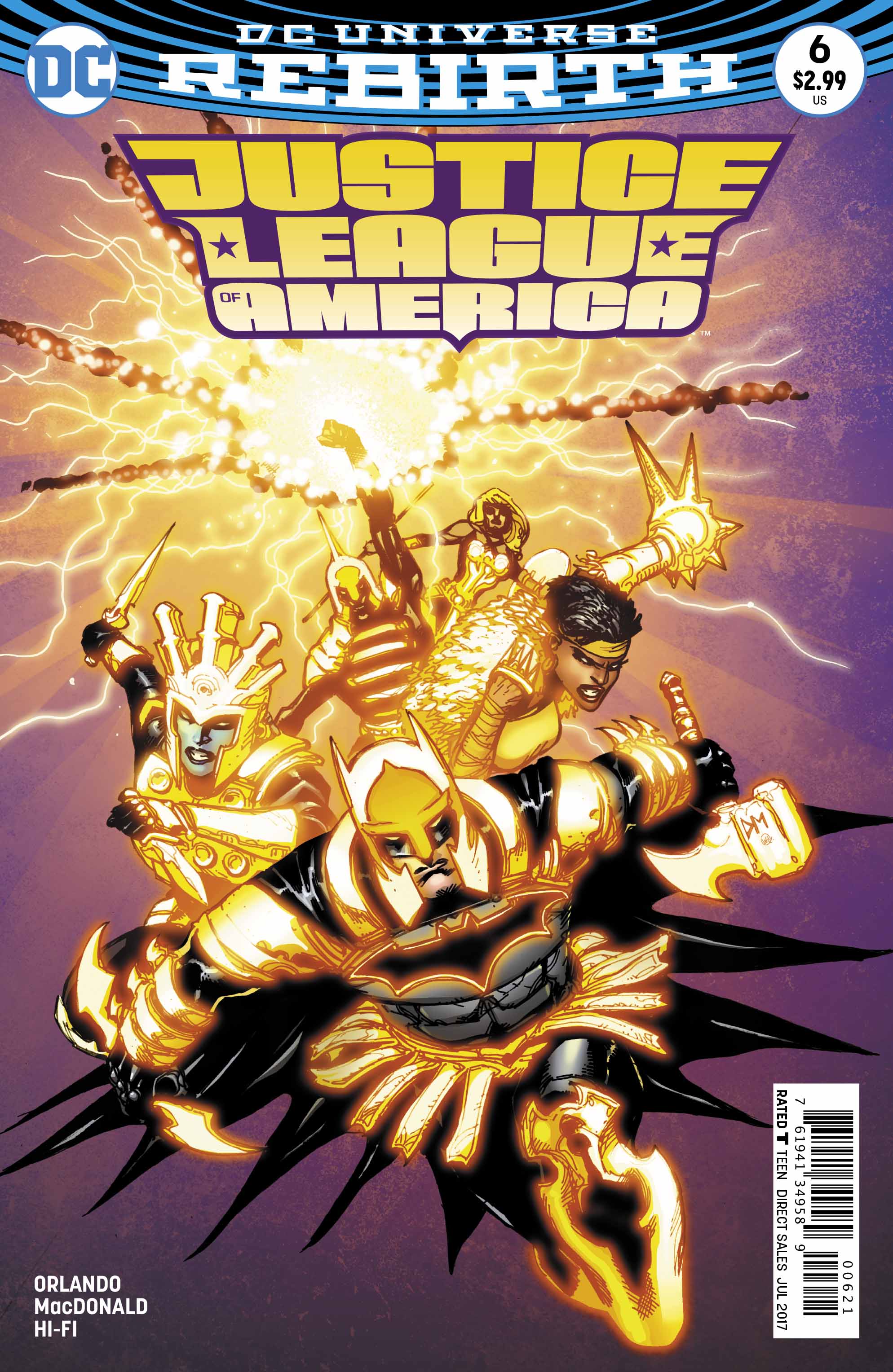 Due to the arc’s short length, it doesn’t do anything new, besides the epic fight scenes and the interesting progression of certain JLA members. While the action was by far my favorite part of issue #6, I highly commend Steve Orlando’s work on faithfully writing the JLA members, while adding a layer of complexity to them. I particularly appreciate Steve Orlando for giving Killer Frost a sort of redemption arc and I’m intrigued to see where he’ll take this infamously, cold former villain. I really enjoyed the dialogue between Lobo and Atom. Atom’s youth mixed with Lobo’s snarky attitude came off as quite humorous. I felt the panels were well constructed and it made the story flow seamlessly.

Aegeus was admittedly a forgettable villain. He came across more as a cameo rather than an imposing mastermind. I’m still not keen on the artwork. Character designs lack detail with the only exceptions being close-up panels of their faces.

The main downside to this arc was its brevity and the art style. It was over so fast I thought to myself: “That’s it.” I had already forgotten about Aegeus, until I read the issue again for further analysis. Steve Orlando’s epically scoped and carefully constructed action scenes and sharp dialogue are the highlights of issue #6. I just wish the art work matched the quality of the writing.  On the whole, I found this arc to be rather uninteresting. For those who are fans of this series, I implore you to keep reading. Just don’t expect much from this arc, other than awesome action of course.