Whether you’re a fan of Ridley Scott’s Alien saga, or whether you prefer to spend your nights sleeping, there is no doubt in my mind that you are aware of the Batman/Aliens crossover that happened in both 1998 and 2003. These two books were published by Dark Horse in a collaboration with DC Comics and the latter features some nightmare-inducing villain/Xenomorph hybrid creatures in the form of Scarecrow, Two-Face, Poison Ivy and the Joker.

At the 2017 Toy Fair in New York City, NECA unveiled its newest toy line: “Versus.” These action figure two-packs will boast some of comic histories greatest crossovers, and what better place to start than with Batman and a Xenomorph Joker? The Alien figure stands at 7-inches tall and – along with the very defined Batman figure – will make a nice addition to any collectors shelf. This Batman/Aliens two-pack is slated for a July 2017 release, but no price has yet been announced.

Want to follow along with all of the latest from NECA at the 2017 Toy Fair? Check out their blog that updates daily here for all of the most up-to-date news! Fans can also see the official listing for this product from NECA below, as well as some terrifyingly cool pictures!

NECA is extremely excited to reveal the first in new series of action figure 2-packs inspired by classic comic book mash-ups! The first release in the “Versus” line comes from the 1997 Batman/Aliens comic book mini-series co-published by DC Comics and Dark Horse. In it, Batman faces strange new Aliens produced using DNA from some of Arkham Asylum’s deadliest inmates. The set includes two brand new, comic book based figures, both with over 30 points of articulation. Batman features a fabric cape, and the “Joker” Alien has a bendable tail. Window box packaging. 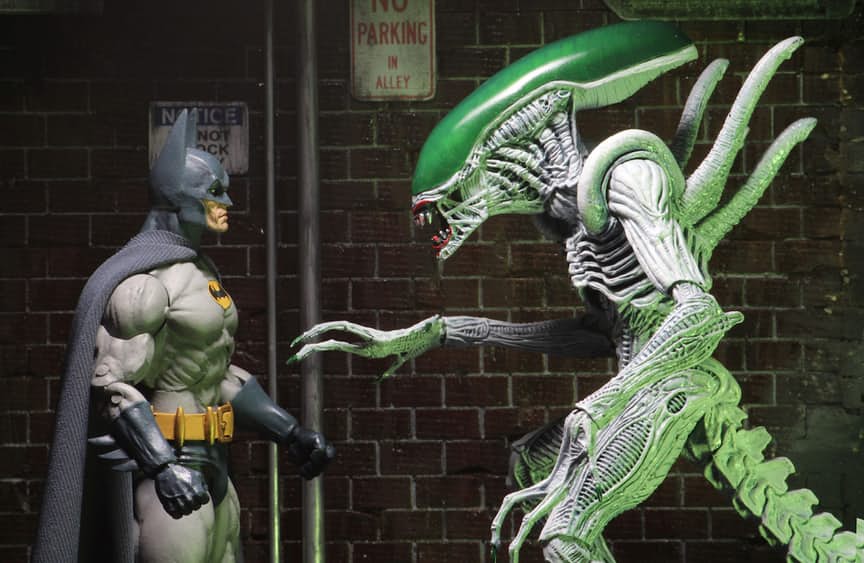 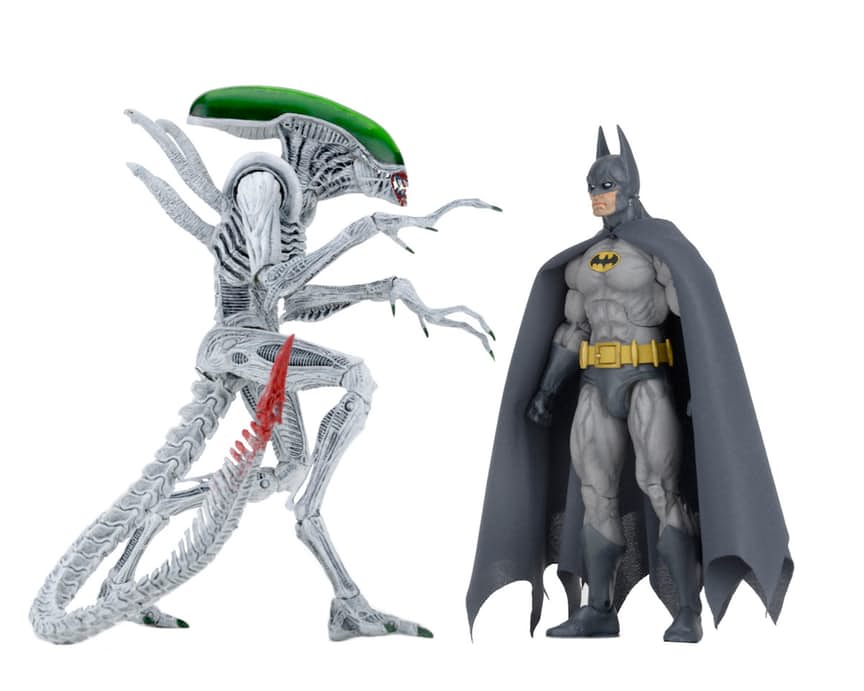 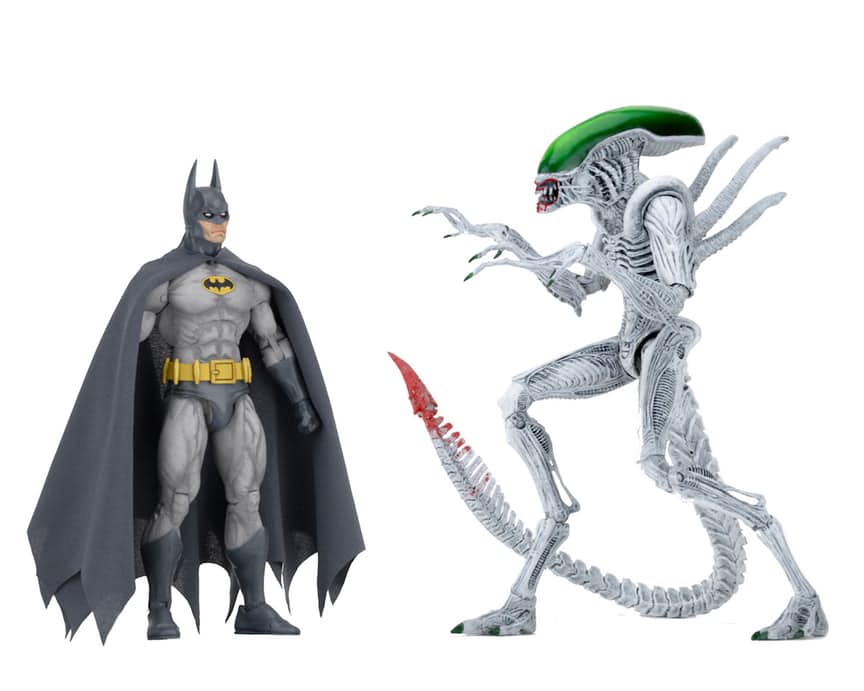 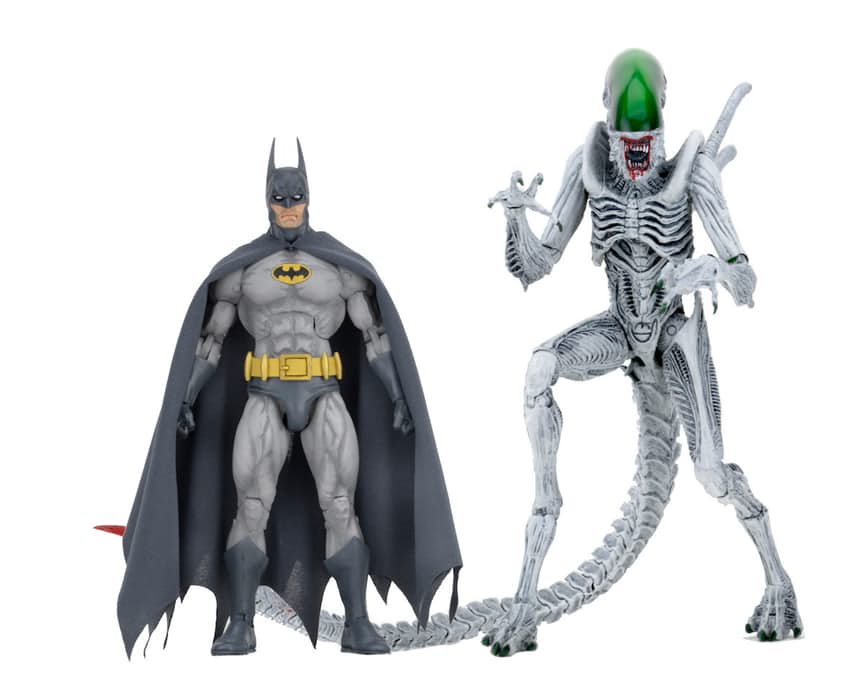 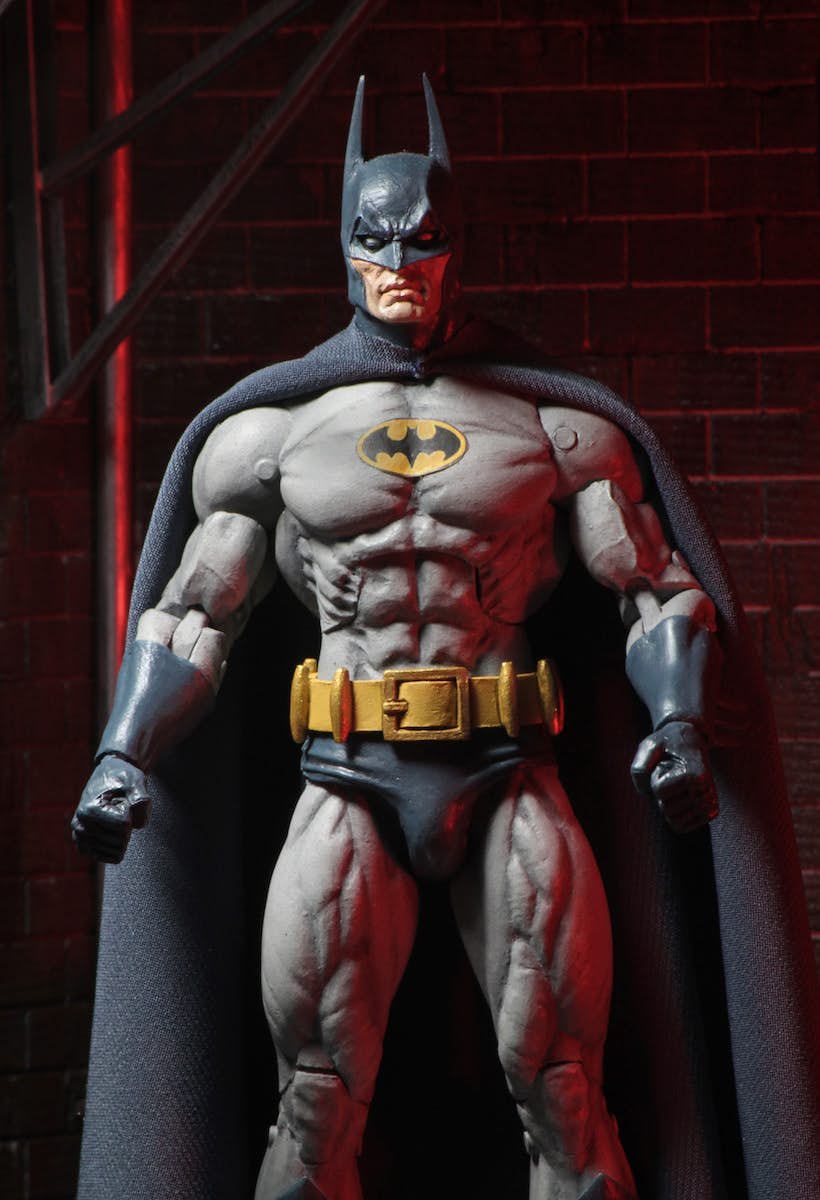 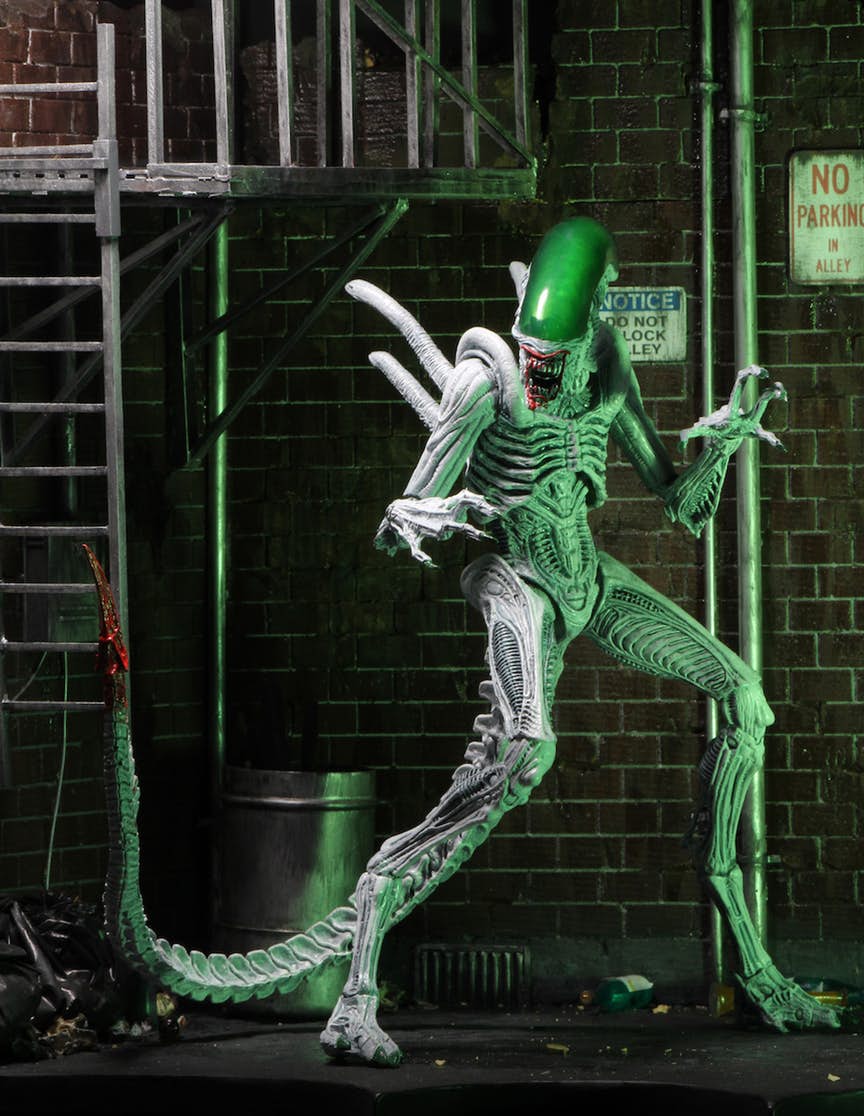 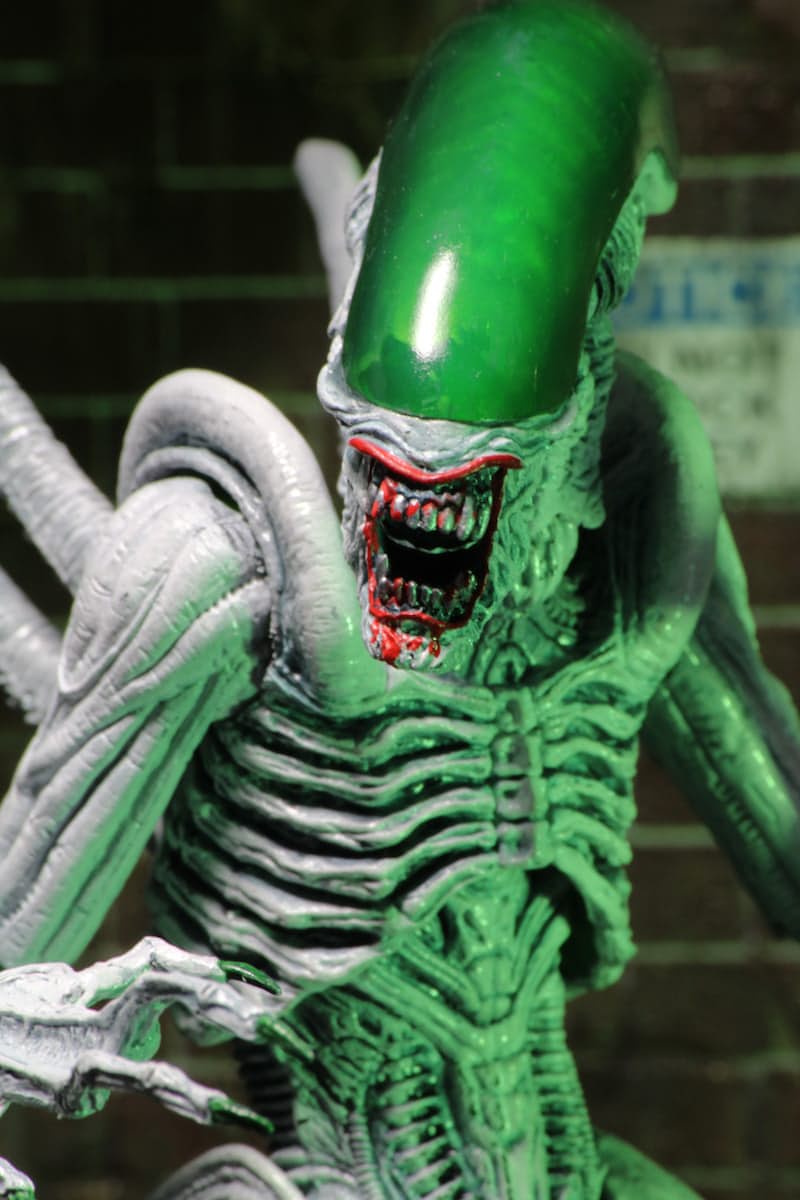