NBC’s upcoming comedy Powerless has released another image that features a Batman reference. The Batman easter egg is in the form of a shout out to his comic book creators, Bill Finger and Bob Kane. 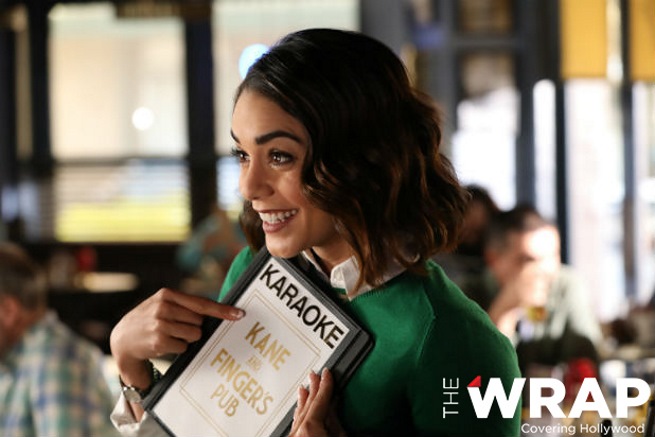 The image feature’s Powerless main star Vanessa Hudgens as Emily Locke holding up a karaoke binder at the Kane and Finger’s Pub. Presumably she is suggesting to sing the 1966 Batman theme song.

As previously mentioned, Powerless is about Hudgens’ character Emily Locke starting a new job as the Director of Research and Development for Wayne Security.

Zack Snyder Had a Small Cameo in ‘Batman v Superman’