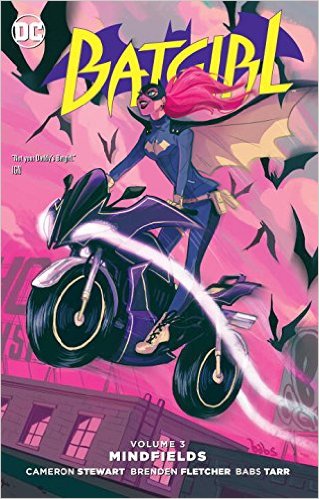 Mindfields happens to be the final volume collecting Cameron Stewart and Brenden Fletcher’s game-changing run on Batgirl from The New 52. Not only did this era give Barbara Gordon a brand new costume, it altered her status quo, gave her a fresh supporting cast, and tapped into millennial culture while fluidly incorporating technology. Some might even say it had a huge influence on last summer’s DC You initiative. But we can probably all agree that it was one of the more unique Bat Family titles of this decade.

Babs Tarr returns to lead a charge of artists, making this stylistically different from many other DC books (at least until Adventures of Supergirl came along). Aside from the impactful penciling, expect to see great use of color as every page benefits from sheer vibrancy. In short, the art captures the fun aspect of the series and perfectly complements the script.

This volume is rather heavy on dialogue, though perhaps not as much as previous yarns. When reading a Batgirl story from this particular creative team, I advise folks to put aside ample time to take it all in. Gotham’s rich cast of heroes is also well utilized, as you can expect appearances from the likes of Black Canary, Spoiler, Batwing, Bluebird, and even Batman himself – well, sort of. Vixen even comes to town in one of the latter chapters.

The bulk of this collection sees Batgirl deal with a villain named The Fugue, who messes with her head BIG TIME, especially her memories. You will probably see his true identity coming from a mile away, but at least he looks like someone who could’ve been on Batman Beyond. Admit it: That comparison elevated your interest.

When I originally read Batgirl #50 – the finale to the Fugue arc – I didn’t fully appreciate it having read it out of context. Now having read the story as a whole, I see what a fitting conclusion it was and her triumph over him to be a stroke of brilliance. 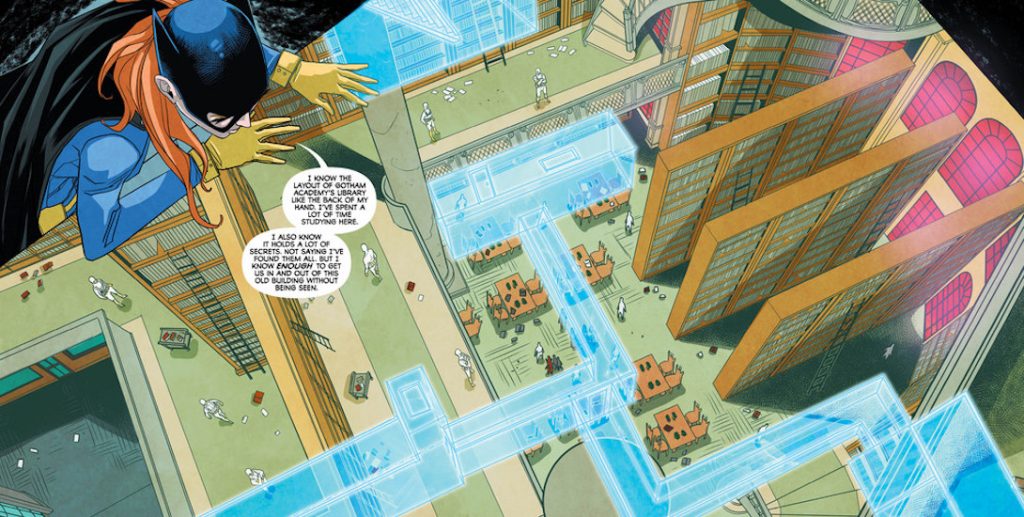 Also included is a two-part crossover of sorts with Gotham Academy that somewhat bridges The New 52 and Rebirth eras of Batgirl. It’s not as strong as the main story, but it did its job. A nice Endgame one-shot wraps up things and is a mostly silent issue that sees Babs do the hero thing in the midst of a Joker virus epidemic.

I admit this run wasn’t always my cup of tea, but I found myself strongly enjoying this volume in particular. Those who have followed the title to this point have no good reason not to pick it up and the curious may find themselves pleasantly surprised.