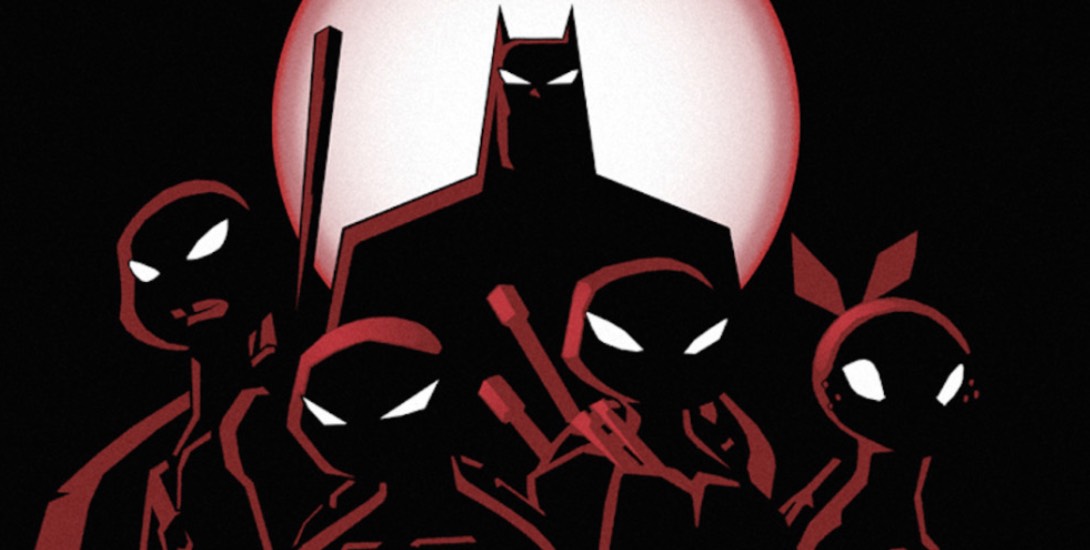 As announced at this past year’s Comic-Con, Batman and the Teenage Mutant Ninja Turtles will cross paths again in the comics, but with an added twist: things get more animated!

Interestingly, Batman takes his design cues from the classic Batman: The Animated Series and not from The New Batman Adventures look. Meanwhile, the Ninja Turtles’ designs are based on the current TMNT show on Nickelodeon.

The animated-style Batman/TMNT Adventures will be written by Matt Manning and drawn by Jon Sommariva, published by IDW, and arrive in stores November 11. Now gander at the beautiful cover art below! 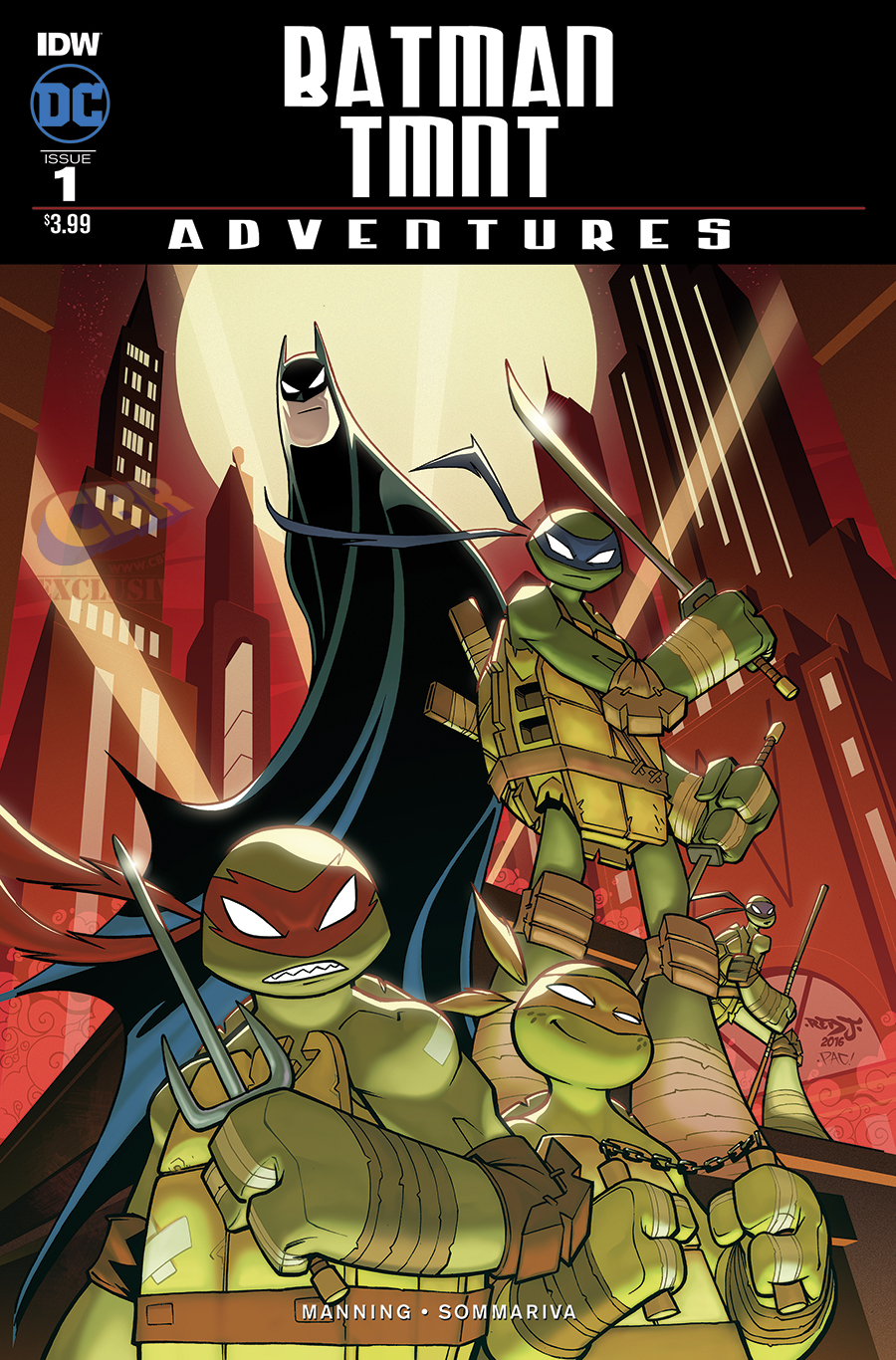 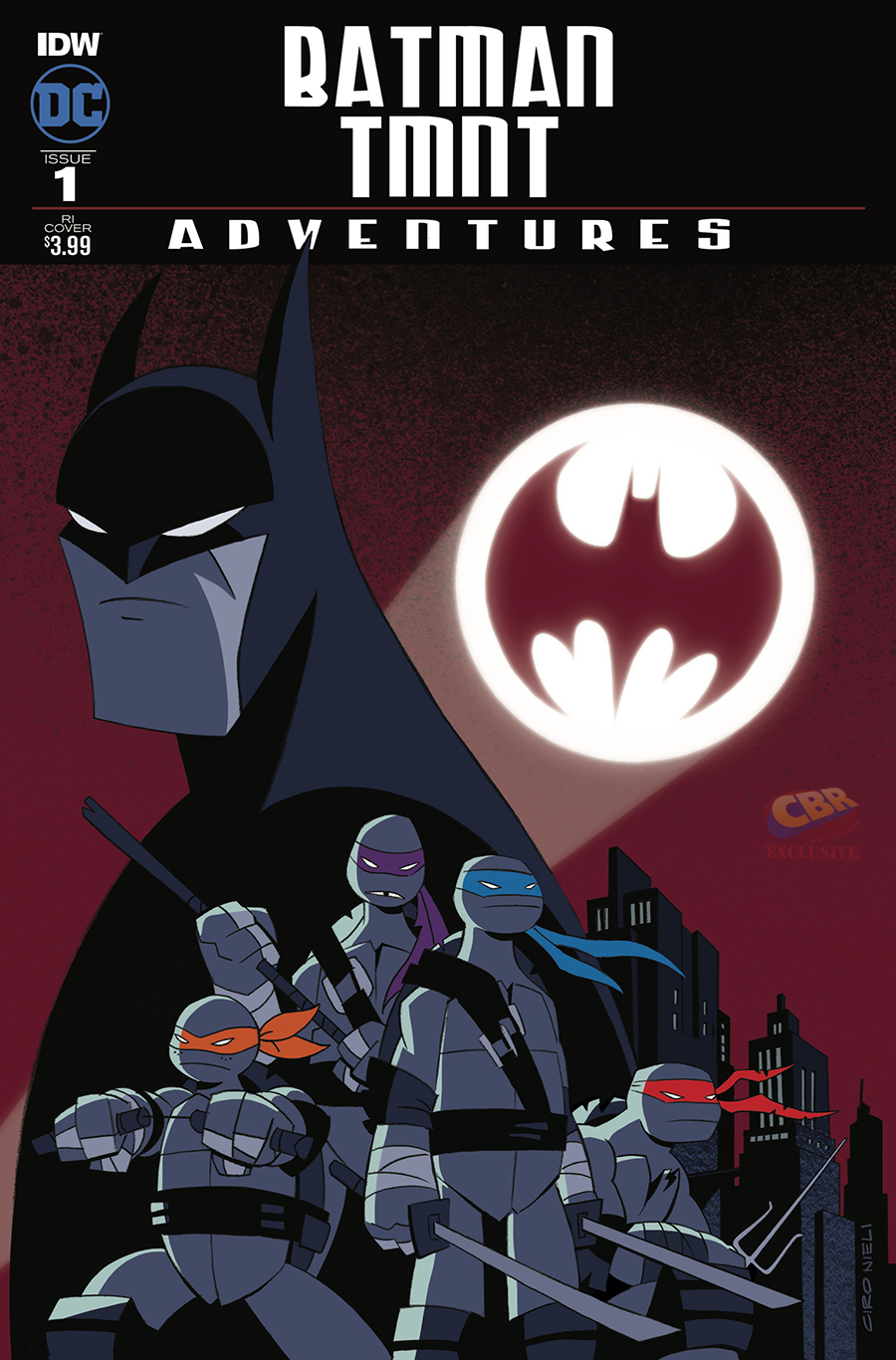 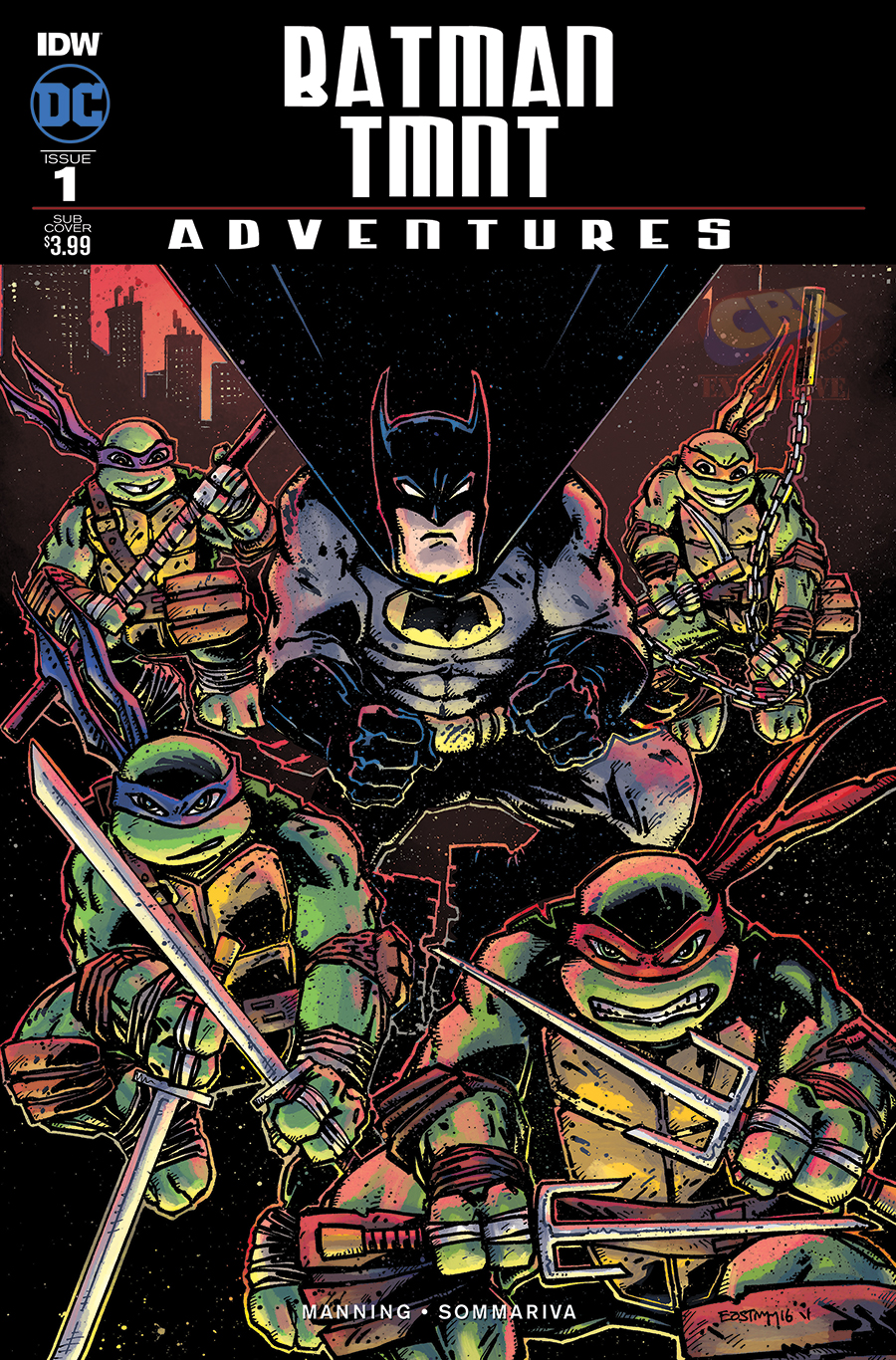 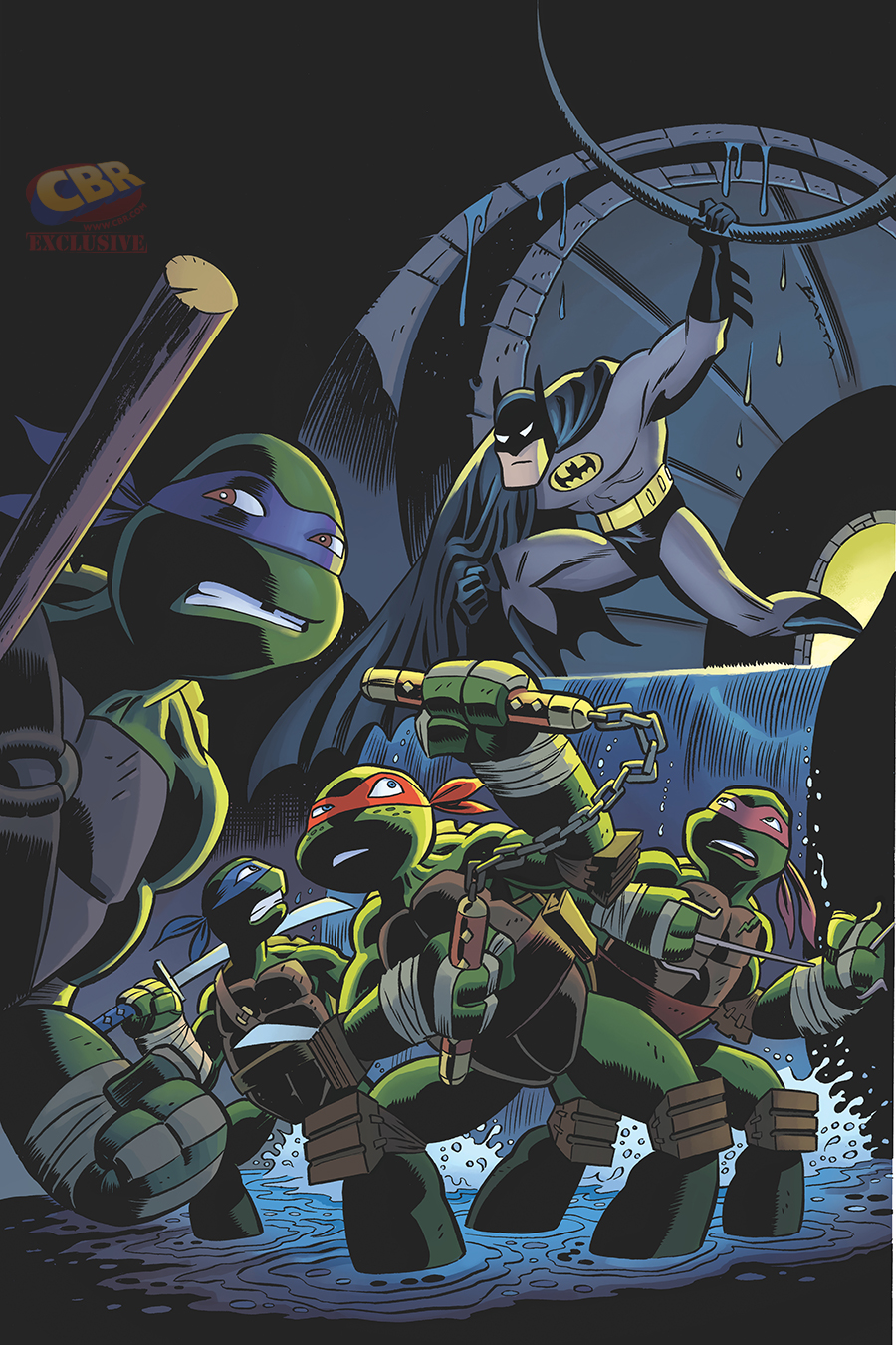