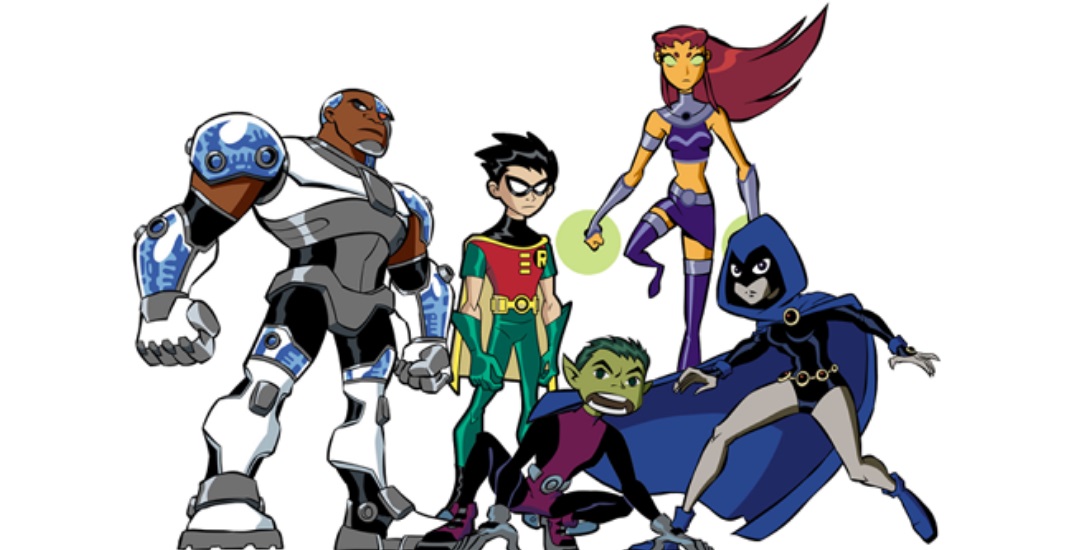 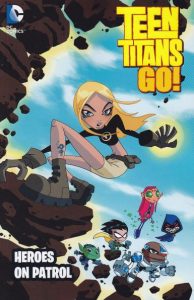 Let’s get one thing perfectly clear: this review is based on a re-release collecting comics based on the original Teen Titans animated series, not the one currently running on Cartoon Network. Many folks may not be aware that the tie-in comic book series that ran about a decade ago was, in fact, titled Teen Titans Go! To illustrate that, I’ve gone as far to make the featured image for this article a promo shot for the cartoon that many a fan seem to prefer.

While I’m speaking freely, I’ll admit that I don’t like either of those shows – at all. But, this book came across my desk and I’ve decided to review it and judge it fairly for the work it is. Perhaps it was easier for me to read the comic book because my mind shed many aspects of the TV show that I felt were too silly. The same can be done with the comic book adaptation of Batman & Robin if you simply swap George Clooney’s voice for Kevin Conroy’s as you read along.

Something I can respect about this is that it has much emotional resonance and a sense of conflict that I feel is entirely absent from the currently running animated series. At least they’re fighting supervillains and such, not singing about burritos. There’s also a healthy helping of humor and I can see why younger audiences favored this take on DC’s premier adolescent team.

This collection is made up of six done-in-one stories, which see the Teen Titans get some headaches from Starfire’s sister, Blackfire, as well as the one that stood out most to me, a humorous tale involving Aqualad. Even Deathstroke, I mean Slade, puts in an appearance in a chapter that is influenced by the classic arc, The Judas Contract.

As I said, neither Teen Titans show is my cup of tea, but I acknowledge that this is a work that faithfully retains the spirit of the series on which it is based. All ages comics masters J. Torres and Adam Beechen deserve a pat on the back, as do artists Todd Nauck and Eric Vedder, who both provided some crisp artwork. If you fancy yourself a fan of this particular interpretation of these characters, you should give this book a try.